We are ready to move, YEAH!

Another couple of weeks have passed since my last entry. Life around the ranch has continued to be interesting and fun, but I still feel uninspired to write in this blog.

The weather in SW Missouri has turned hot. It is the weather that we usually avoid. The Ozarks hold in humidity and it becomes very uncomfortable. The only relief is AC or the lake or a river. Thankfully, we have some great rivers and lakes in close proximity to us.

We had a visit from our son Mark over the Memorial Day weekend. We decided to take a trip to Bull Shoals Reservoir. The lake water was still pretty cool, so we just ran the boat and enjoyed the beautiful lake. I did not take a single picture.

On the way home we saw a huge thunderhead looming over an area just north of where we were. I looked at the weather radar on my phone and the storm was right over the ranch. There was not another storm in the entire area. I got a couple of shots of it from the Walmart parking lot in Ava, Missouri. 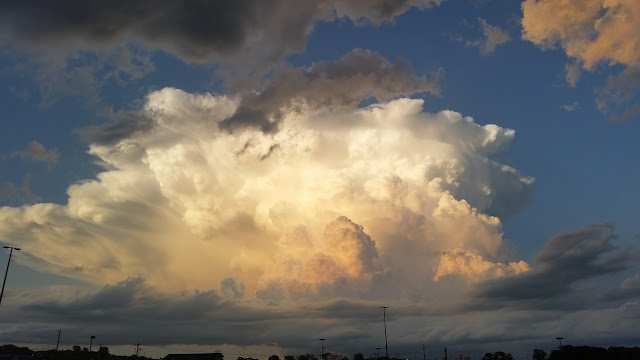 Here is a shot including my pride and joy. My classic 1986 Correct Craft Ski Nautique. 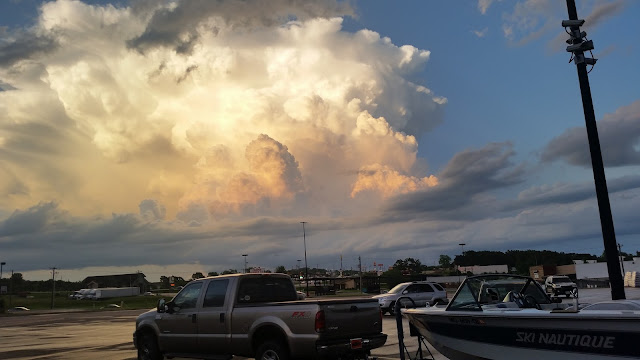 It rained everyday at the ranch for two weeks. The wetness made riding more challenging, but the place sure is green. We have a few flowers and lots of berry plants that are looking great. Here is a shot of some lilies and some blue berries. 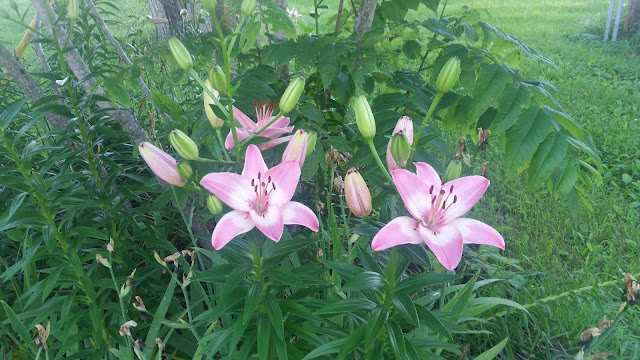 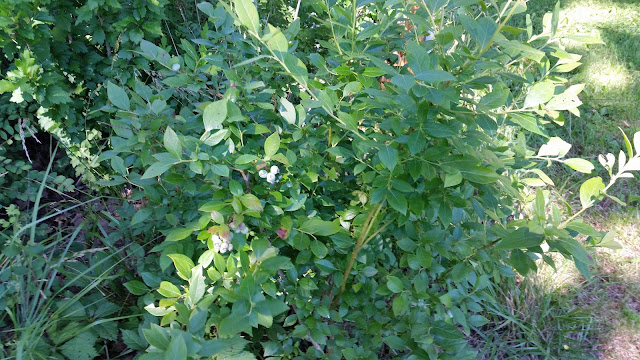 We had a fun weekend on June 4/5. Eric decided to organize a night ride for Saturday night. That is right, riding dirt bikes at night! They put good lights on their helmets and go ride the same trails that we ride in the daylight. I did not participate, but it got my son Scott and his buddy Jim out for some riding. Scott loves to night ride and he is pretty good at it. It was a fun weekend and it was great to see all of the young fast guys at the ranch riding together.

We went back to Bull Shoals on Monday, June 6 with Bob and Linda. There was no wind and it was pretty warm. I jumped in to cool off and the water was much warmer than a week earlier. I decided it was time to ski. It has been two years since I had skied and was worried that I could get up on my slolom ski. The concern was unfounded and I was able to get right up and had fun skiing. I did feel some significant soreness the next couple of days, but that is to be expected. Once again no pictures, but I am sure those are coming.

I decided to smoke some ribs this past Thursday. I pulled my smoker out and cleared out the cob webs. I thought all was good, but when I put my hand inside to set up the grate, I got stung by a wasp. I am very alergic to bee and wasp stings. I took a benadryl, and kept ice on the sting. I went ahead with the preparation of the ribs. I did take a long nap, due to the benadryl, but the ribs turned out great. Here is what my hand looked like: 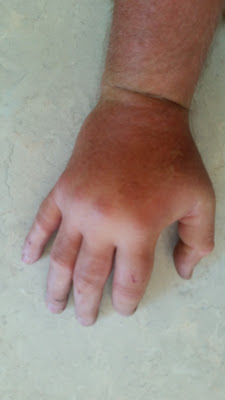 I got a call from my daughter, Shannon on Thursday evening. She and Brian were heading to a concert in Kansas City on Friday. They had an extra ticket and wanted to know if I wanted to go. Kim was going to be watching Will and Amelia anyway and the plan was for us to just go with them and stay with Shannon's friend Tina for the night after the concert. I was not very familiar with the bands playing, but I love live music so I said, lets go! The headliner was a band called the Lumineers. As it turned out, I really liked the band. I stood in a crush of people for over three hours on a sweltering night and loved it. I even made some new friends. I am sure they were wondering what this old guy was doing there. I had two thoughts about this concert:

1. I need to come up with some new bands. My favorites are starting to die off.

2. I need to go to more concerts, I love live music.

Here is a shot of the venue and the Lumineers playing. 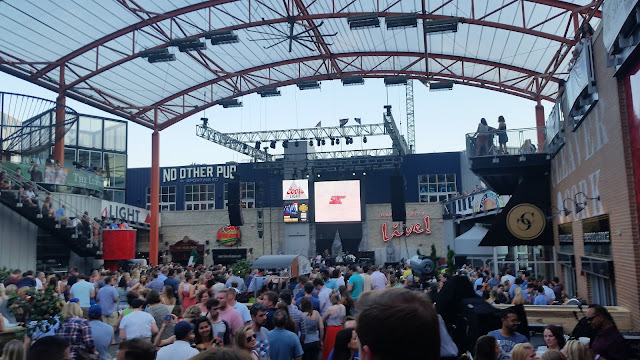 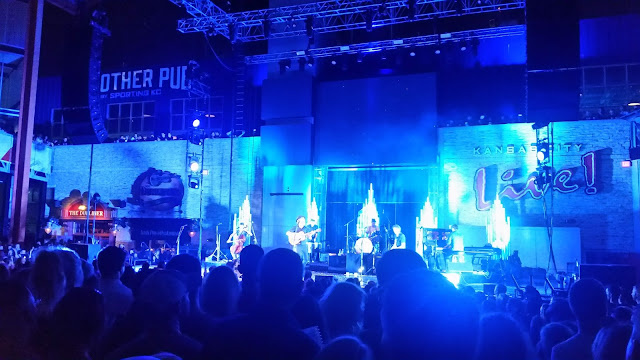 We made it back to the ranch and the weather is getting hotter. We have decided to take a trip around the lake. This trip may take as long as a month. We are planning to stop for about a week at 4 different COE parks around Bull Shoals. We will have to make two trips to move the boat along with the trailer, but the distances are all around 50 miles, so that is not too bad. I would like to work up to skiing each day and just relaxing around the lake. Hopefully, I will be more inspired to write and take a few more pictures.
Posted by ktmissouri at 11:38 AM