In my last post I talked about listing our property with an agent. We had listed our property with an agent 10 years ago and it did not sell for the 4 1/2 years that we had it on the market. The house and 5 acres finally sold and we were able to retire and get on the road, but we decided to hold on to the other 50 acres. It was a very frustrating experience. It was the one thing in my plan that I could not control. As it turned out, we believe there was a reason the land did not sell, and it all turned out for the better.

I saw this situation setting up for the same type of frustration. We don't want to move forward on the boat until the land sells. Once again the one thing I can not control.

While the land was listed on Facebook Marketplace, I was contacted by a local real estate agent that was interested in the land for himself and his young family. I looked up his profile and liked what I saw. He decided that the land was too far out of town for his wife to travel to her job in Springfield. When I decided to list the land with an agent, I gave him a call at 6:00 on a Thursday evening. That was a test, he passed. He responded within 15 minutes and was willing to talk as soon as he got out of the meeting he was in. We decided to meet at the property on the following Monday to take pictures and fly his drone to get a sky's eye view of the property. Dustin is young, by my standards, but he is aggressive and successful. We signed the papers and took a walk around to see what this beautiful land has to offer. We also decided to lower the asking price about 10% to take advantage of the initial excitement of the new listing. He told me then it would sell quickly. I thought,"I have heard that before."

One other thing that needed to happen was to haul off an old van that had been sitting on the property. I had made a deal to sell it and have it hauled off, but was waiting for a call to set up a time. The buyer called while we were at the property that day and came right out. He loaded up the old van, that has quite a history, and I had the feeling that things were coming together. One more thing off of the to-do list. 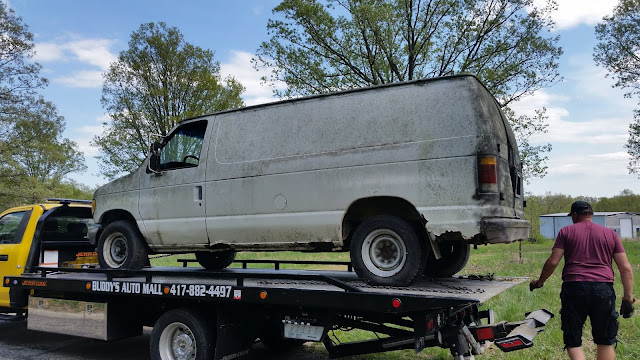 After all of that was taken care of, Kim and I decided to take our picnic lunch down to the creek and enjoy some time on this beautiful spring day. 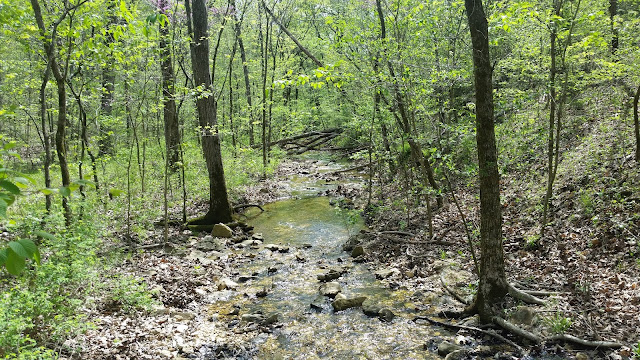 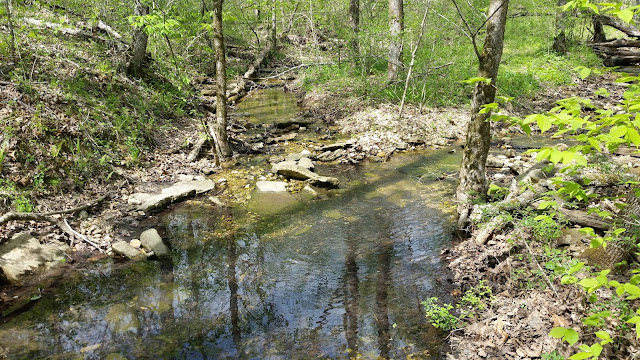 As we sat there, we talked about the possibility that this would be the last time we would do this. I told Kim that I could not think like that, it would only lead to disappointment. We love this land. We have been the custodian for the last 26 years. There were many before us, and there will be many after. Our hope was that we could find a young family that would love this place as much as we do. It would be great to see another family raise their family on this special place.

We went back to the ranch and prepared to head to Texas. We had a family reunion to attend on Kim's side of the family. Her Aunt La and husband were putting the whole thing together and we were really looking forward to it.

Just before we arrived in New Braunfels, Texas my phone rang. It was my real estate agent. He told me that he had shown the property a number of times and he thought that we would receive an offer that evening. I was in a state of shock. I made a quick call to my CPA to be sure of a few things and then went to the party. While we were there the offer came in, just a bit below our asking price with a reduction in commission resulting in a close to full price offer. Needless to say, we accepted it. We hardly slept the rest of the weekend. It was a crazy time. We were able to enjoy the family reunion, but our minds we awash with many things. The closing was scheduled for May 28. Here are a few shots from the reunion that was held and Kim's cousin's Ash and Renee's house and ranch. Both were amazingly beautiful.


The reunion was a great success and we really loved catching up with everyone and spending some quality time with the ones we rarely get to see.

The trip back to Missouri was full of discussion. We started to run through all of the possible scenarios. Would the boat that we liked so much still be available? What about all of our other plans? Do we really want to do this? In my next entry, I will begin to answer these questions and more.
Posted by ktmissouri at 2:24 PM