Some Boat Work Before We Get Moving

We arrived in Demopolis on Friday, October 9th. The marina was much more busy than it was the last time we were here in late July. This marina is a major stopping point for boats that are heading south to the gulf from the midwest before winter sets in. We have seen a couple of boat arriving and departing each day.

In my last post I said we had a pirate ship off our stern. Well it is not actually a pirate ship, it is a replica of one of Christopher Colombus' ships the "Pinta". This replica was built in Europe out of authentic materials. It does have an engine in it to allow it to move around much easier than the original square rigged ship. These ships could only sail directly down wind. 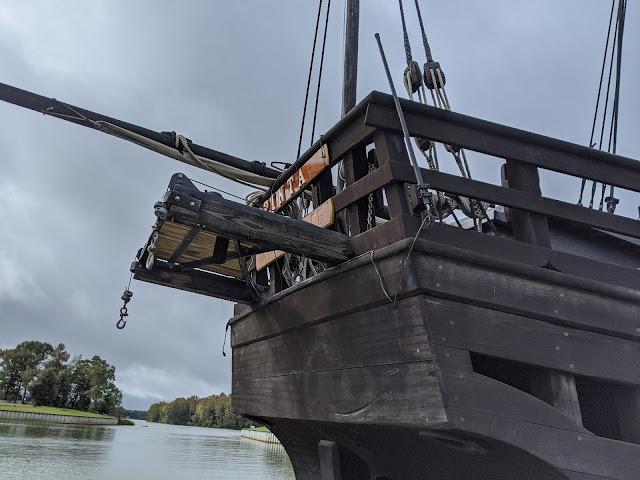 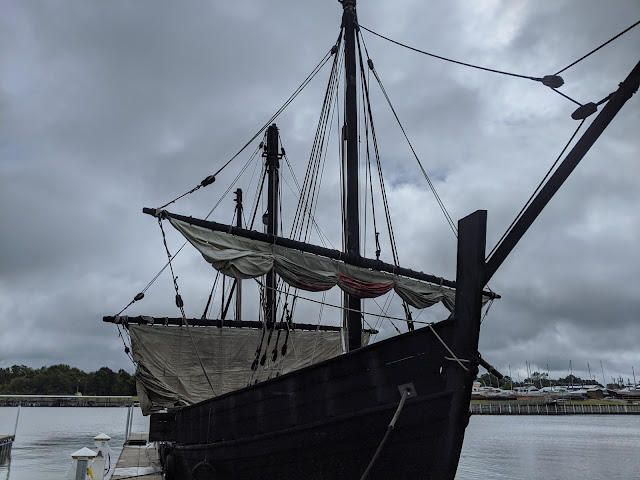 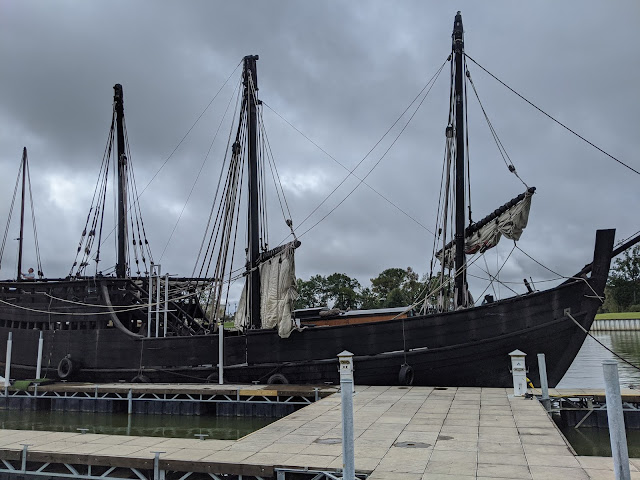 In very tragic news, the Pinta's manager was badly injured the day we arrived when she fell down a hatch and hit her head on a counter top. The rest of the crew is taking care of the ship until it's future plans are determined. They brought it up to Demopolis after her sister ship, the Nina, was grounded near Pensacola after Hurricane Sally ripped her dock loose and it was left high and dry on a mud bank in the high water.

As soon as we arrived in Alabama, the first order of business was to lift SHIFT out of the water and take a look at her hull. I wanted to take a good look at the rudder bearings, the cutless bearing and the condition of the bottom paint. All looked good with the exception of the bottom paint. We have a number of large paint chips that should be fixed. So, we had them move SHIFT to a spot in the yard. We have water and electric and can live on the boat. The only problem is our refrigeration and Air Conditioning systems rely on cooling from the water the boat is in, so those systems needed to be shut down. We made a trip to Walmart and purchased a $109 refrigerator to use for the time we are in the yard. We expect that to only be about 2 weeks, but most things in boat time have to be at least doubled.

I have decided to let the yard do the work. I will watch and learn, so that maybe next time I may do the work or maybe not. We have many other projects to do that will be much easier while the boat is in the yard.

Life in the boatyard is not too bad. We have met a number of new neighbors that are living on their boats and working on them. Some have been here for a long time and and doing some very cool restorations or builds. All have been very friendly and welcoming. We will work a few hours each day on our projects and hopefully be ready to head south at the beginning of November.

I will end this entry with a nice sunset from the other night. It is back to taking the time to enjoy the beauty around us. 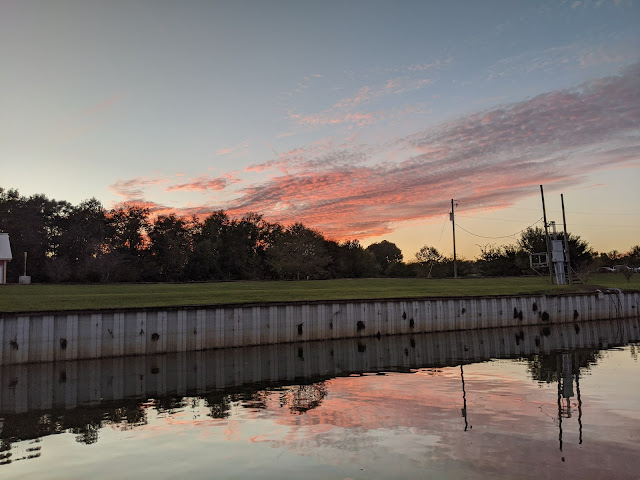 Posted by ktmissouri at 6:51 PM