On September 30, we left our beautiful camp site in the Black Hills of South Dakota and headed south. We were rolling by 9AM. We were not sure where we would end up, but that is pretty normal for us. We were expecting to drive close to 300 miles.

We decided to stay in the Black Hills for a while and drive Highway 385. It is a very easy drive that is mostly downhill from our starting point. We drove past the Crazy Horse memorial and then into Wind Cave National Park. We will not count that National Park. You have to see the cave to count a National Park named for a cave. They have a fair amount of land that is bordered by Custer State Park. They have a large herd of Buffalo that roams around the area. We got a few pictures from the truck. 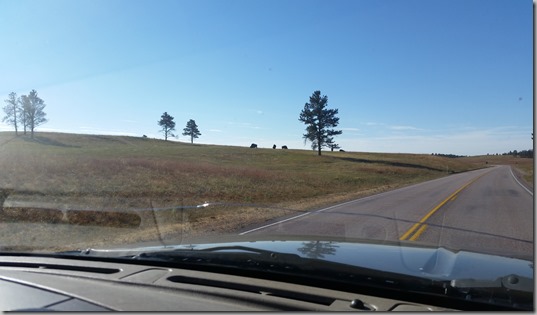 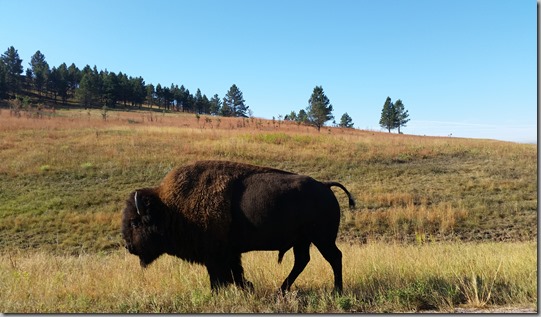 After leaving the Black Hills we drove through far North Western Nebraska. I was very surprised how hilly it was. We drove along the San Hills Scenic Byway. It was really very pretty. 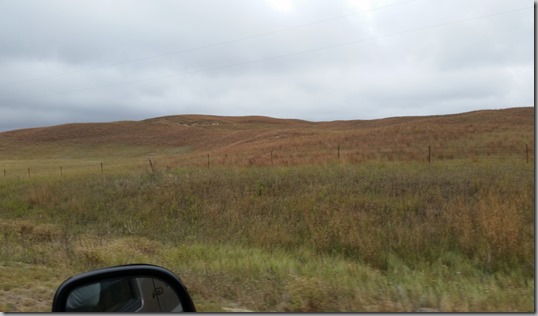 We decided to stop at the Nebraska National Forest. Who knew that Nebraska has a National Forest. This forest was planted by a guy named Bessey. He was a horticulturist that did some research and decided that this are was once forested. He planted a bunch of native trees and now after over 50 years they have a nice forest. They have ATV trails running through the area. I would love to take a ride on the sandy trails, but we were just there a few hours. The sites were a bargain at $11 per night with electric. The only problem is that there is a pretty active train track right by park. I would still recommend it for a night or two. 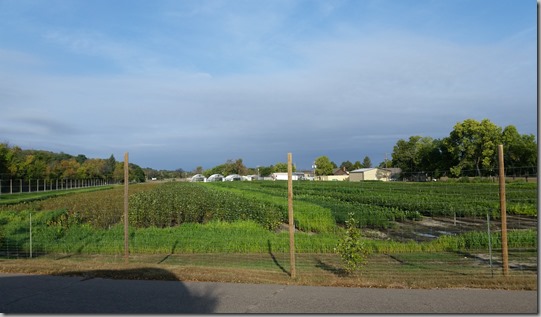 As you walk through the park, you can see mature trees of over 50 different species. Each has a sign on them. We found it very interesting and educational. Here was our $11 site: 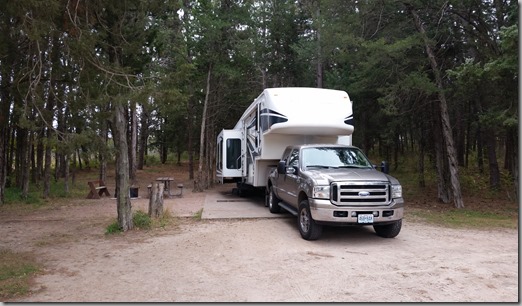 We once again got on the road early the next day. We drove about 300 more miles to Big Lake State Park just north of St. Joseph, Missouri. The drive was thankfully uneventful and looked more like the Nebraska we all know and love.

We stayed at Big Lake SP last year on our return from Colorado. It is a nice park now made nicer by new bath and shower houses. It was us and two other rigs in the park. It was a nice quiet place for the night. We even had a pretty sunset over the lake. 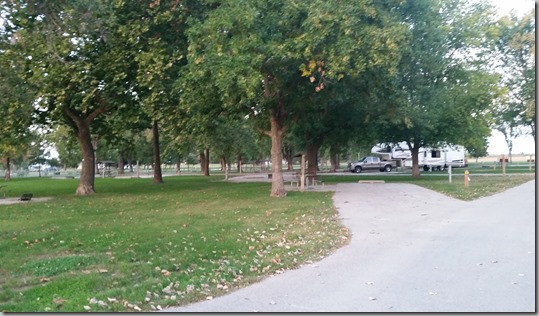 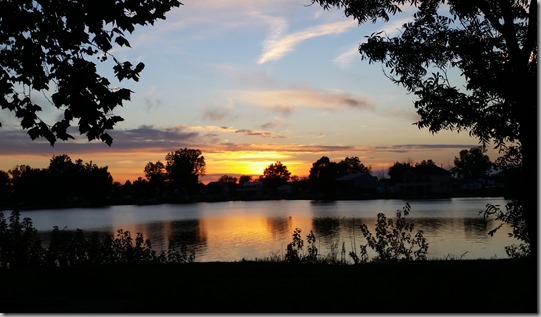 On October 2, we made the final drive down to Ozark, Missouri. We stayed in the Stage Stop Campground for one night, so that we could see Shannon and Brian and 5 of our grand kids. That RV park is right behind the famous Lambert’s restaurant. We missed the kids so much and it was great to see them. William had a flag football game on Saturday morning, so I really wanted to go to that. He played great and made 4 “tackles”. 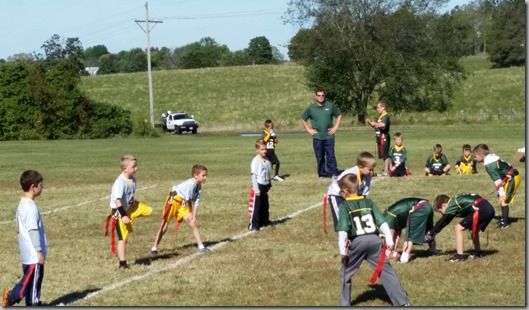 After the game, we made the final 50 mile drive to the ranch. We will stay at the ranch through the holidays. I usually don’t write as much when we are at the ranch, but I will try to keep this blog more active this time around.

As of this writing, Shannon has still not had the baby, but it could be any day. Come back to see pictures of motorcycle races and then Baby Pictures!!!

Posted by ktmissouri at 9:37 AM