I have not caught up on my blog as promised. We have been very busy since we have been back at the ranch. We have now completed two motorcycle events and all went well. I was not able to help as much as I planned to with my injured leg. My leg is significantly better. The hamstring is still sore, but I can walk normally and it only lets me know when I try to lift something or bend over to pick something up off of the ground. I am hoping to be good enough to ride my motorcycle before we leave, but there is no need to push it. Our plan now is to head south on the 20th of October.

I will now pick up the blog in the last days we were in Vernal, Utah.

I had one more appointment with the Merrell Foot Lab on September 13. On September 10, we decided to take a hike to test out the new shoes and orthodics. We had seen some information about a place called Moonshine Arch, that is just a few miles north of where we are camped. We headed north on 191 about 2 miles and then turned on a dirt road. We knew we were in the right place when we saw this sign. 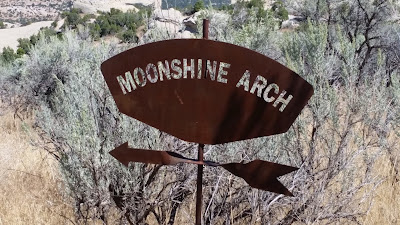 We drove on the dirt road until it got pretty rough and then started walking. The hike was only about 2 miles, but it was steep in spots, but no big deal. It was a beautiful sunny morning out in the dessert. We were surrounded by interesting rock formations. 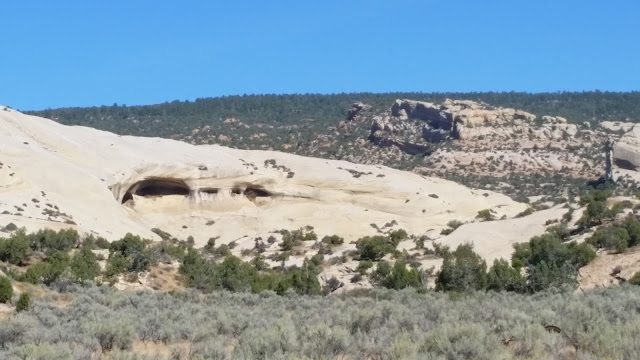 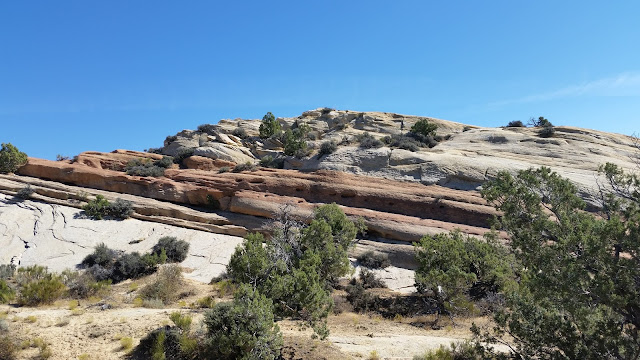 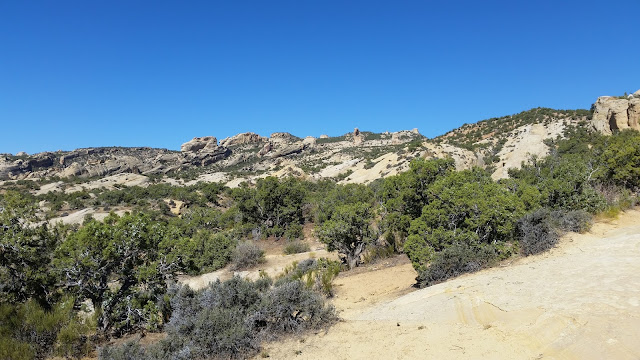 We made it to the top of a hill and had a nice view of Vernal and the valley we are camped in along the lake. 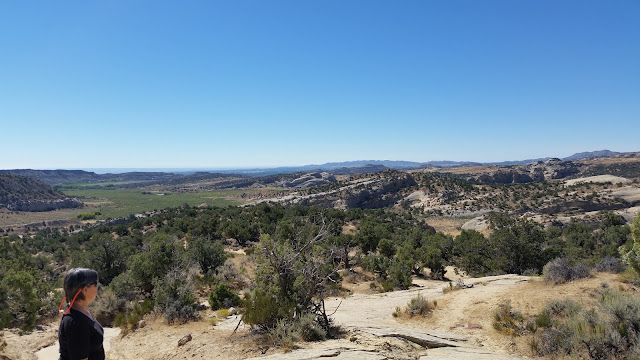 When we arrived at Moonshine Arch, we were impressed. We have seen lots of arches on our travels including Arches NP, so we were concerned this would be a disappointment, but it was very interesting.

I shot pictures of the arch and the rocks surrounding it from many different angles. Here are a few of the ones I shot: 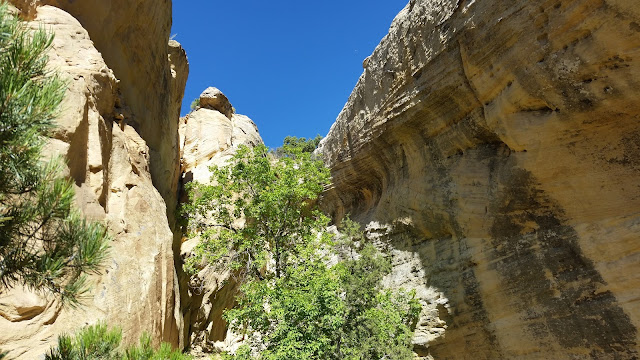 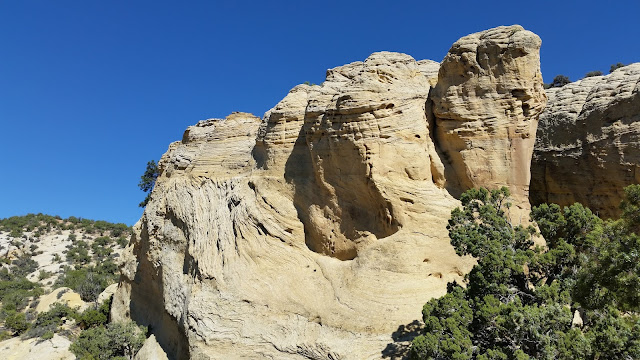 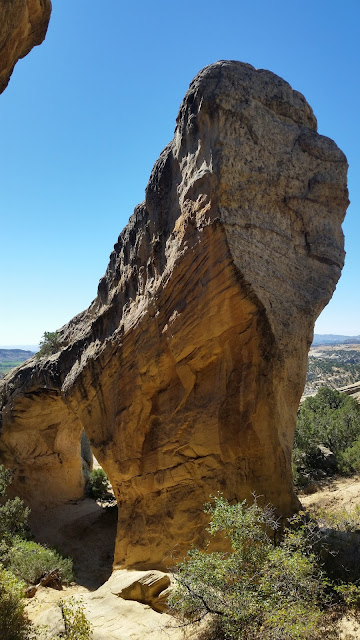 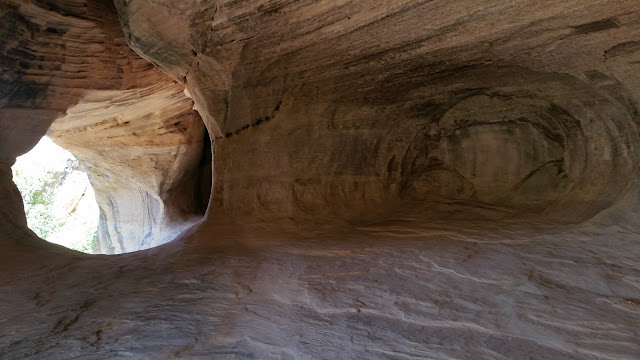 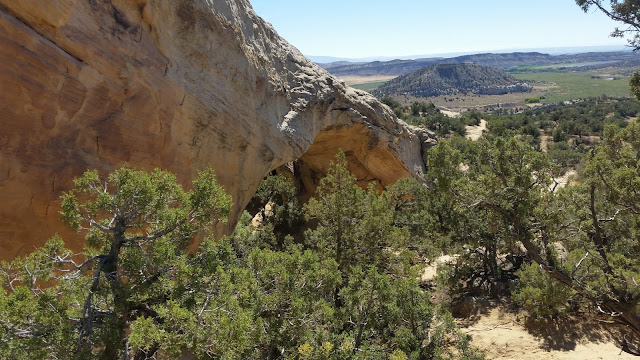 We really enjoyed our morning hike out to see the arch. When we made it back to the truck, the dessert was warming up, so we headed back to the rig and relaxed for the afternoon.

On Sunday, September 11, we hung out in the park. I decided to take a hike and reflect on the significance of the day. I walked for a couple of miles around the park. 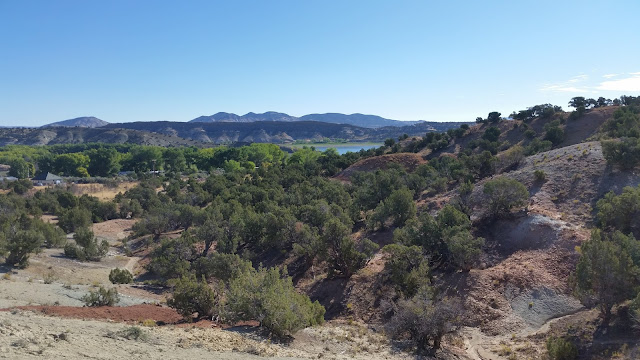 I ended up finding a place on a high hill overlooking the lake. I sat there and watched the Dallas Cowboys/New York Giants Football game on my phone. I had a much better cell signal there than at our site.

On Monday the 14th, we decided to go for a paddle at Red Fleet SP. Red Fleet SP is just about 10 miles from our site. The lake has a very open area and then there is a river inlet that is surrounded on both sides by large rock cliffs. It was a bit windy, but the rock walls protected us quite well. 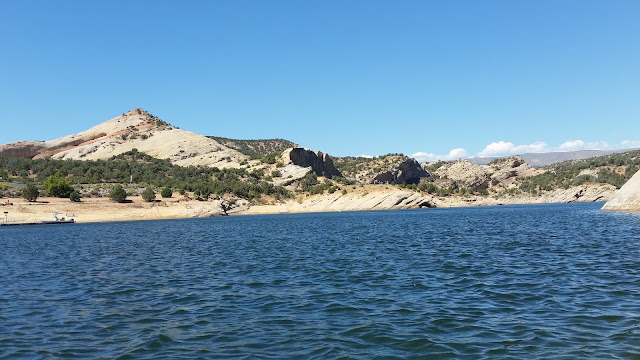 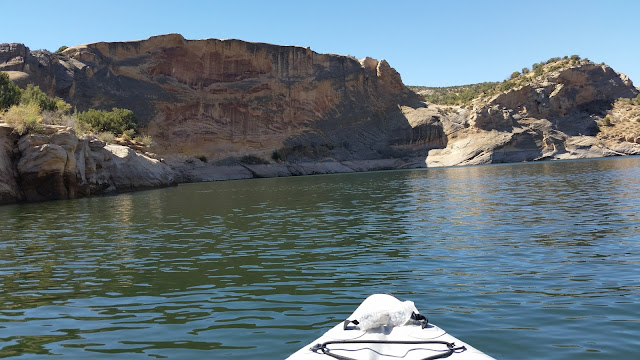 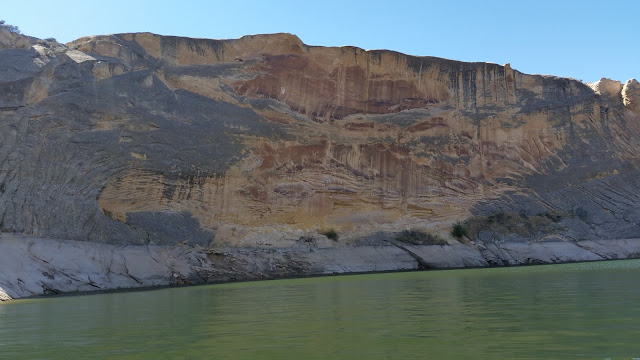 We paddled to the very end of the inlet. The rock formations just kept getting better the further we got up the canyon. 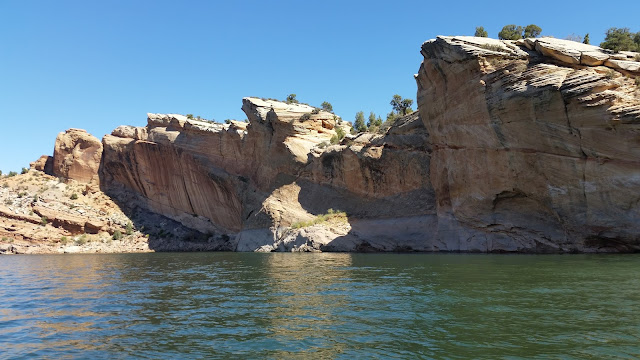 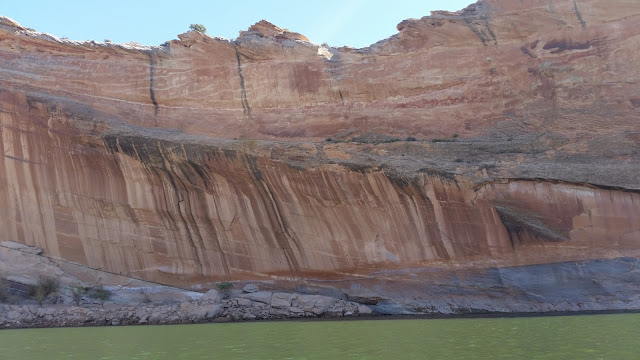 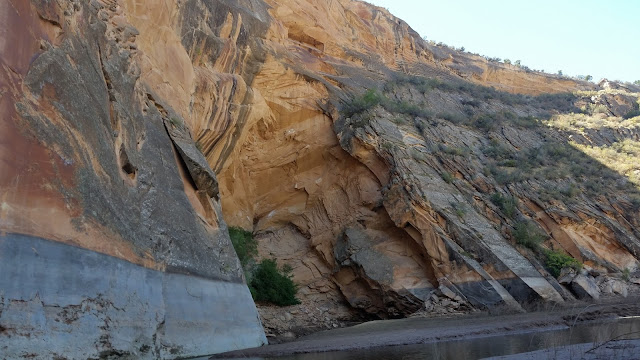 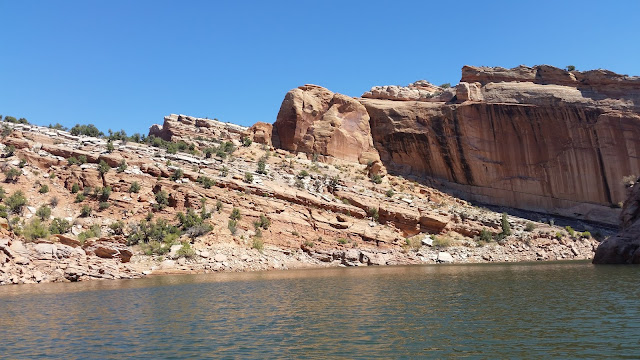 This was a really fun paddle. We did have to work a bit because of the wind, but I was ready for a workout, so it was perfect. The scenery was great and we just had a great day.

It was a nice sunny day, so we took some extra time at the boat ramp to clean and dry the boat. It needed a bit of attention after our long paddle the previous week on the Green River. We were heading out of the area the next day, so we wanted to do a good job packing the boat away. It may be a while before we use it again. I wonder where that will be...

I ended the day by taking a hike at the park. I found a trail that was built by a local boy scout as his eagle project. It was a 3 mile strenuous hike, but the views were worth it. 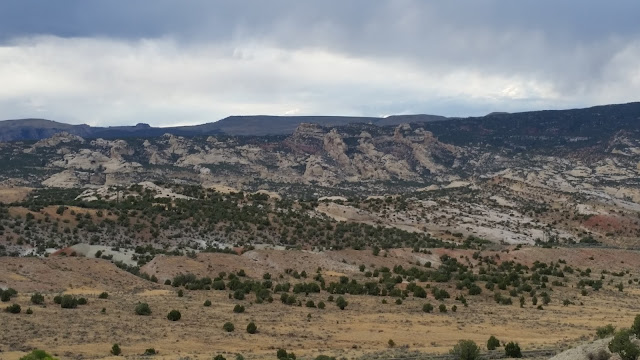 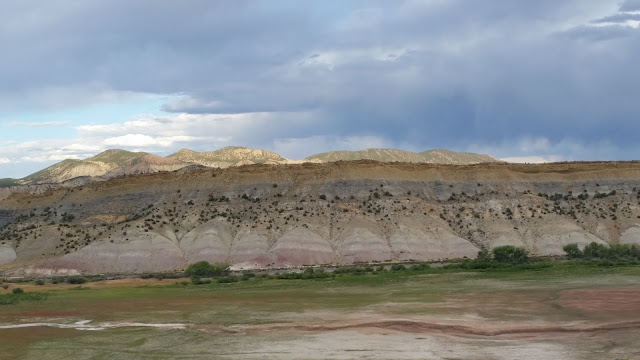 The trail was called "Soaring Eagle". It took you up to a ridge that gave you a commanding view of the lake and the surrounding area. It was a great way to end our visit to the Vernal Area and Steinaker State Park. 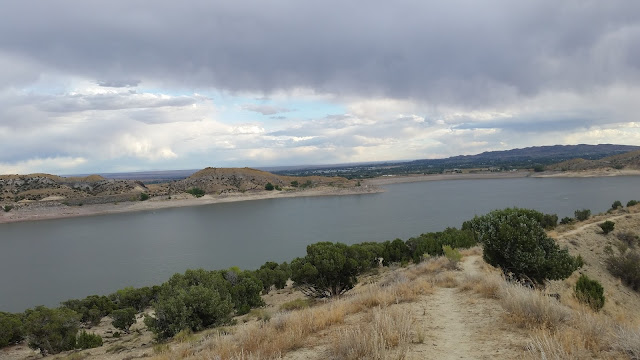 Utah just keeps amazing us. We like it so much we will probably come back next year for another visit. In my next entry, we will begin the 1,000+ mile trek back to Missouri. It was not uneventful.
Posted by ktmissouri at 8:52 AM