I am writing this from my daughters house in Ozark, Missouri on the first of May. We have been back in the Springfield area since April 2. To say we have been busy since our return would be an enormous understatement. We are currently staying in Ozark to watch six of our grandchildren, while Shannon and Brian are on a cruise to celebrate Brian's 40th birthday. I normally don't do much writing while I am in this area because our life feels "normal". Well, it has been anything but normal since we have been here. I do plan to write about it, I just hope I can find the time and inspiration to do so. For now, I want to finish our trip this past winter, so that is what this entry is all about.

We arrived in Cave City, Kentucky on March 25. It was a short 80 mile drive through the rural countryside of Kentucky. We really enjoyed the drive. We chose to stay at Singing Hills RV park and Campground because it is a Passport America park. The rate was $20 per night for a full hook up site with 50 amp. The park was not all that special and the normal $40 rate is a bit high high in our opinion. The PA rate is limited to two nights. We stayed 3 nights and were given a $30 rate for the third night. We had good Verizon cell signal and good OTA TV coverage. I did not take a picture of our site. We did meet a couple of other campers, but now that time has passed, I do not recall their names. One couple from Canada in a Titanium came by for a drink after I had to stop them and say hello. Us Titanium owners have to stick together. We also spent some time visiting with our next door neighbors that were on their maiden voyage in their beautiful brand new Cedar Creek. They used to own a sailboat, so we talked about that for a long time.

We came to the area to visit Mammoth Cave National Park. 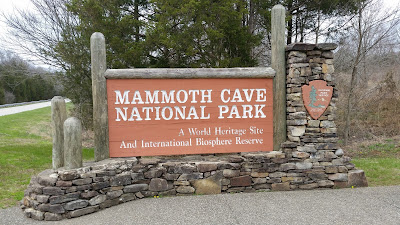 We started our visit on Monday by going to the visitor center and walking around the exhibits. They were very interesting and explained why this area is full of caves including the 400+ miles of mapped passages of Mammoth. It is the longest cave in the world. Many new passages are discovered and mapped each year. The only other place in the US that has this same geology is our home area of the Ozark mountains in Missouri and Arkansas. We decided to then take a hike and see the area around the VC. The hills in this area are very steep, so hiking can be difficult. There are miles and miles of hiking and biking trails in the park.

We walked down to the beginning of the River of Styx. The river just appears from under this huge rock face. 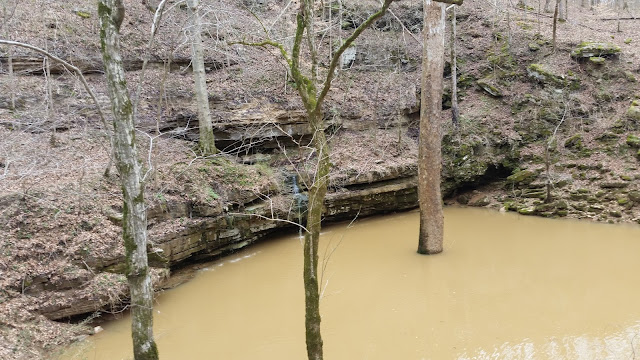 It had been raining quite a bit in the previous few days so the water was brown and stirred up. We then had the long uphill walk back to the Natural Entrance of the cave. You can buy tickets for a short tour of this part of the cave for $5 each and does not require a reservation. It was a good deal and a way to go underground without getting too claustrophobic. 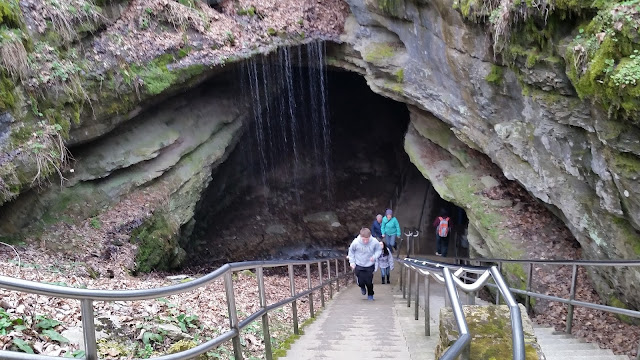 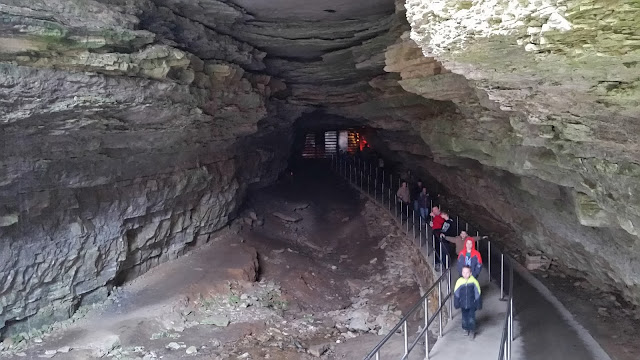 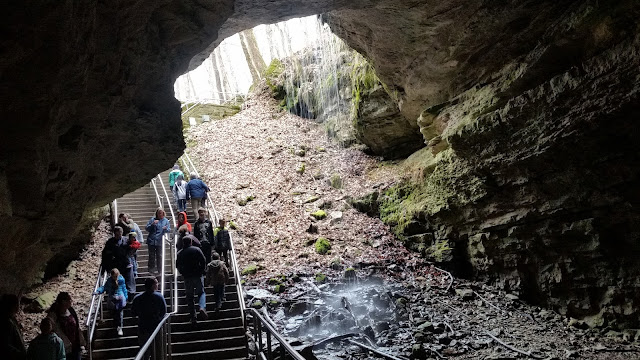 The cave was large and wide, so it was easy walking. This area of the cave was used to produce some nitrite during the Civil War. There is some old machinery still in the cave. Flash photography is not allowed inside the cave, so my pictures inside this area did not turn out well.

The next day, we had a reservation for a guided tour called Domes and Dripstones. We were warned that you need to make reservations in advance. We were able to get two spots on this tour about two weeks before our visit.

We left the VC in busses and went about 10 miles to a small entrance. We then went straight down through a crack in the rocks about 300 feet. It was tight and steep. My camera worked fairly well with the available lighting that was provided by tour lights. 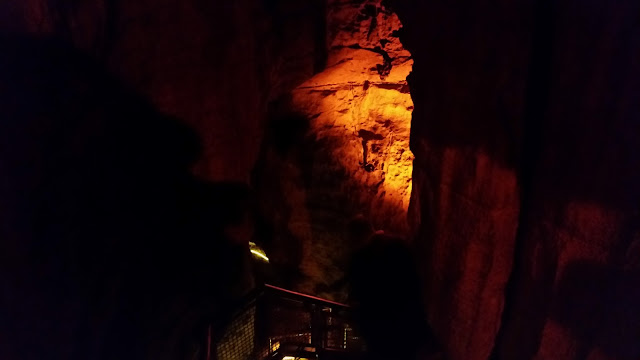 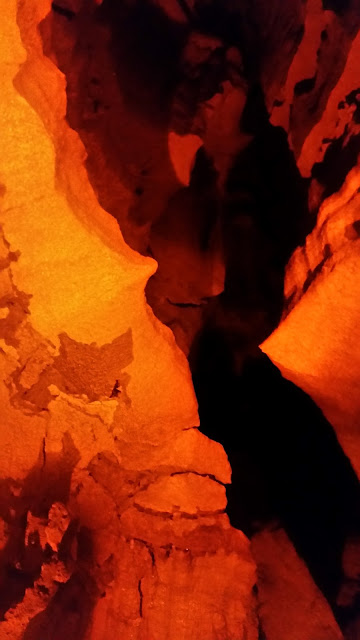 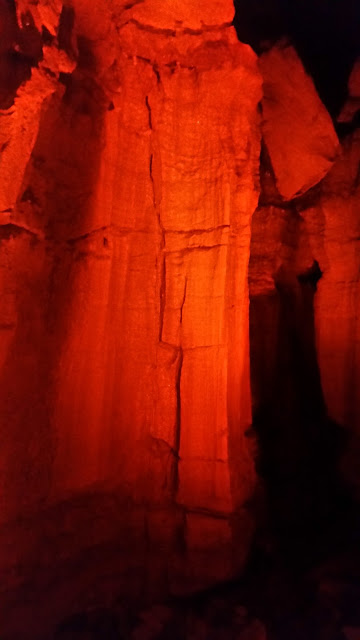 Mammoth cave has very few of the formations we have seen in other caves due to the fact that there is very little water flowing through the cave. We did have a number of stops to hear the rangers talk to the group. The information was good, but we knew most of it by visiting the exhibits the day before in the VC. At the end of the tour we did get to a part of the cave that does have some water flow and has some good formations. 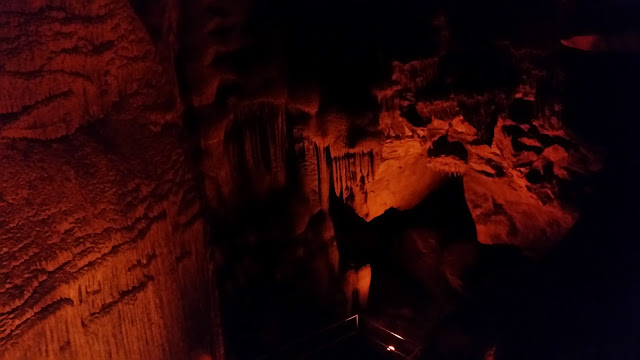 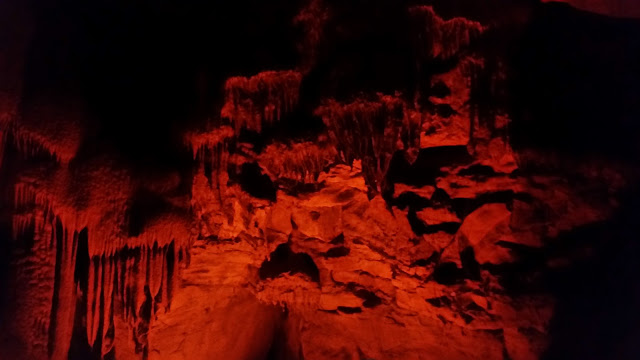 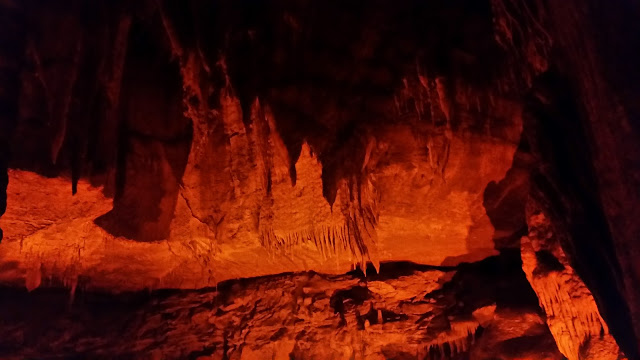 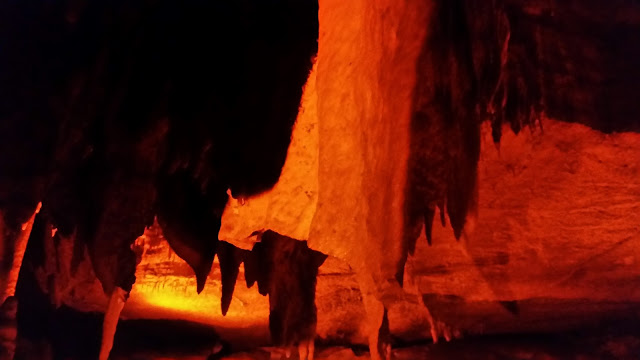 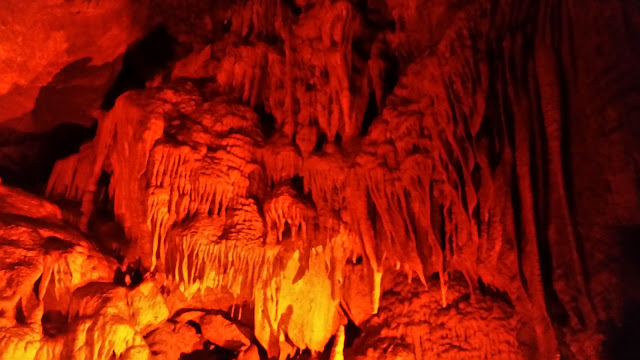 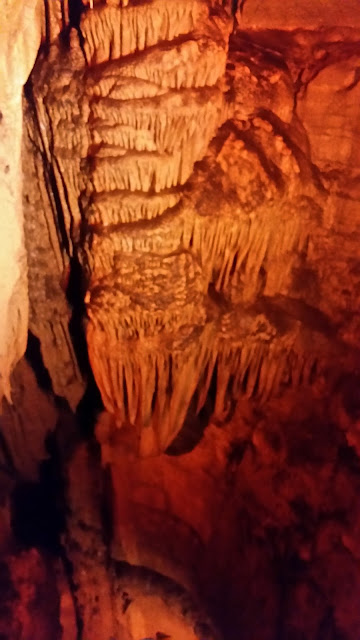 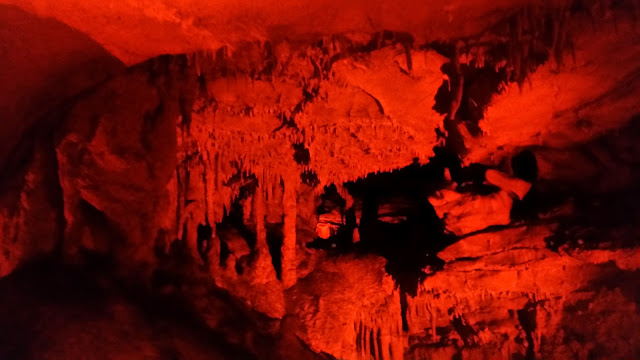 We really enjoyed our time at Mammoth Cave National Park. The cave is interesting, but not spectacular. If I was to compare it to other caves we have been where Carlsbad is a 10, Mammoth would be a 2. Sorry Mammoth, just my opinion. That is the problem with going to Carlsbad first. I think that makes 32 of the National Parks we have seen in the past 4.25 years. We have also seen about 20 National Monuments. It has been an amazing journey.

We were then about 450 miles from the ranch in Missouri. We chose to make two more stops. On March 28 we drove to Hillman Campground in the "land between the lakes". This is an area where two lakes were formed by the damming of the Tennessee and the Cumberland rivers. This is a National Recreation Area. We had a nice camp spot right by the lake. 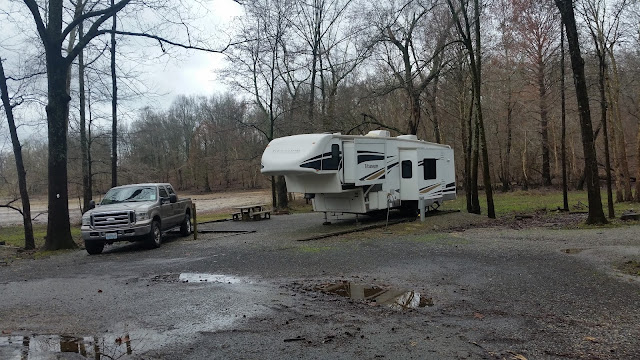 It rained much of the time we were at Hillman. We never left the campground and just relaxed and read. I did take a few walks around the park. The strange thing about this park is that they allow seasonal campers. We had many rigs around us, but were still all alone. It was strange. I did see something a bit unusual while were were there. They were installing one of the prefab bathrooms that we have seen in many federal campgrounds.


We stayed at Hillman for 2 nights. We then made the 150 mile drive into Missouri. We chose a COE park on Lake Wappapello just north of Poplar Bluff. We scored an awesome site overlooking the lake. We were way above the lake. 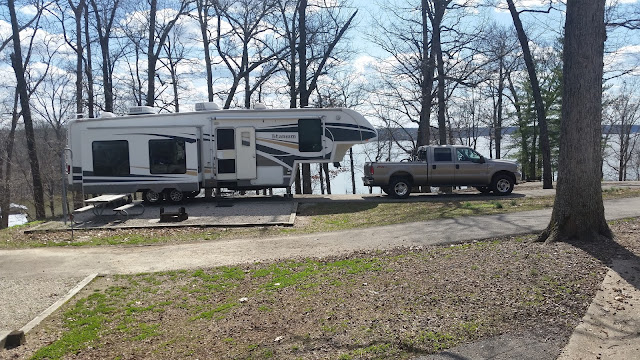 We had some nice views of the lake, but it got pretty cold 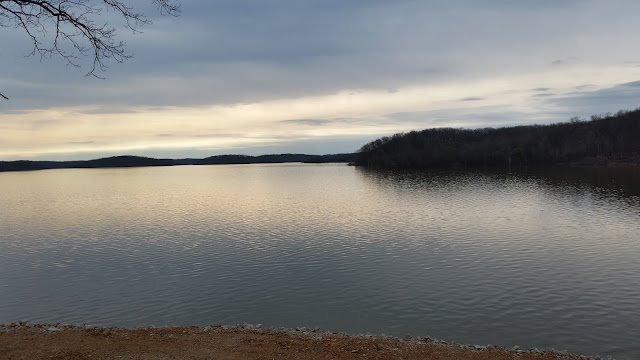 We did head into Poplar Bluff for Easter Mass at Sacred Heart Catholic Church. It has been in operation for 125 years. 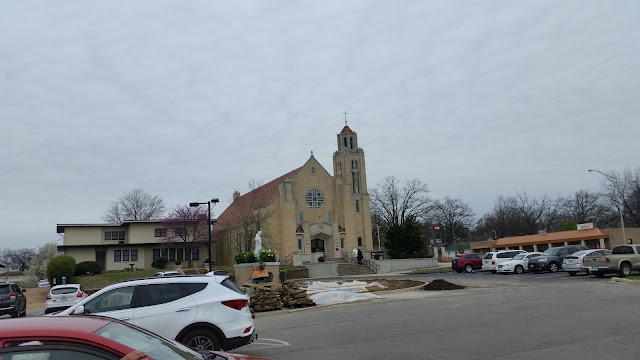 On Monday, April 2, we made the final 150 mile drive to the ranch. We had a great trip. After spending 7 months last year at the ranch we were ready to get back on the road and this trip showed us why we love this lifestyle so much.

Now it was time to get back to life in Missouri. We were looking forward to spending time with the Grandchildren and getting things done at the ranch. That was the plan until we did something really crazy! In my next entry I will write all about what we did, and where this decision may take us. I guess that is why I call this blog "Shifting Gears".
Posted by ktmissouri at 10:32 AM