Our First Week in Gulfport

We arrived in Gulfport, Mississippi on November 24th. It was a bit of a challenging arrival with strong winds, but the next morning was nice and calm. After checking in with the marina office, we took a walk around to check out the surroundings. We knew there had been damage to the area from hurricane Zeta, but were a bit surprised at the degree of damage. There is sand in many places that are not supposed to be sandy and many of the docks are being fixed after being under water. We took advantage of the calm conditions to move the boat into the neighboring slip, which is where we were supposed to be in the first place. We spent the rest of the day relaxing after our long sail the previous day.

The following day was Thanksgiving. We awoke to fog and and a perfectly calm marina. 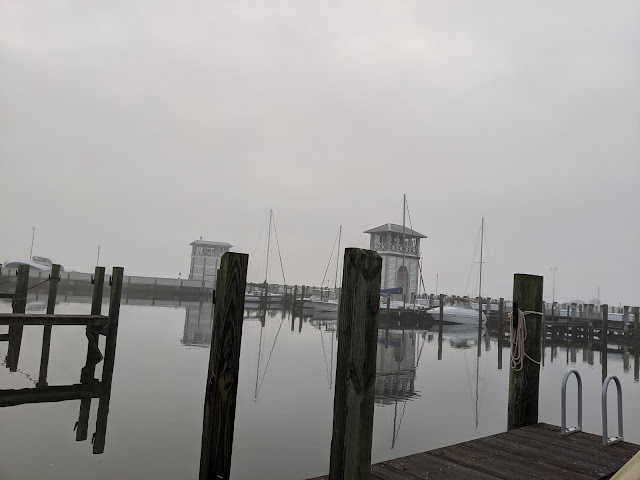 We enjoyed a nice quiet day of football games and a feast of Pork Steak and Sweet potatoes and stuffing. We would much rather be with family, but we did a video call with the grandkids and are now looking forward to seeing them in about a month.

On Friday, November 26th we undertook the project of getting the truck moved from Demopolis to Gulfport. What took us almost a week to do in the boat is a 3.5 hour drive one way.

I started the effort by walking about a half mile to the local bus station. It is right across the street from the original Gulfport High School. It is a beautifully restored building with some beautiful live oaks in front. 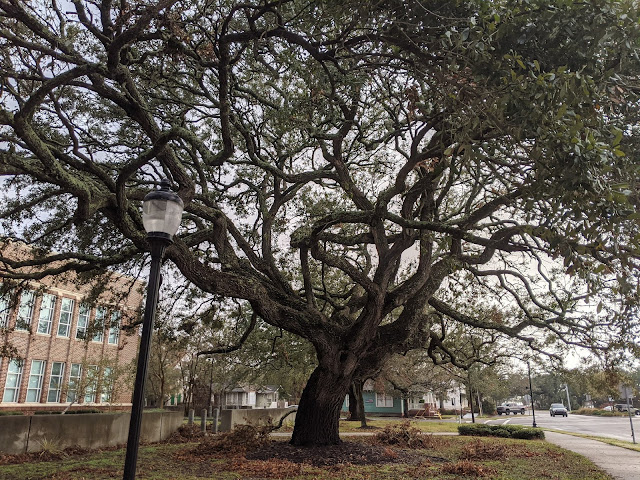 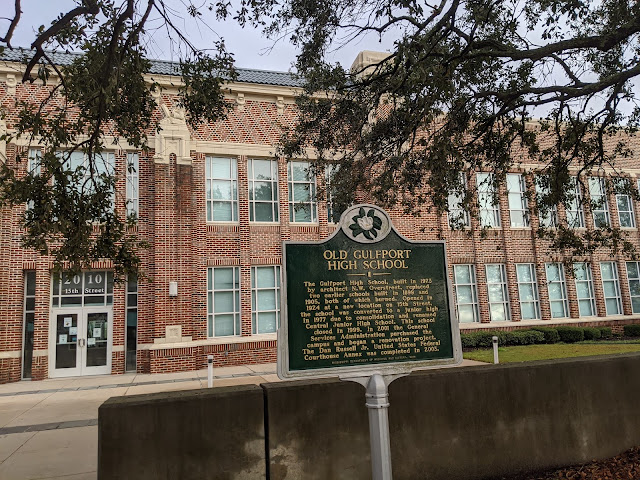 I took the bus to a stop near the Enterprise Rent Car office. I picked up a mid size Toyota and drove back to the Marina to pick up Kim. We made the drive north to Demopolis. This car had forward collision avoidance. It was pretty cool to just set the cruise and steer the car. If you approached a car in your lane it would just slow down until you changed lanes and then speed back up to the set speed.

We made it to the marina in Demopolis around 1pm. It was at this time, that I looked at the weather radar. There was a very large and strong storm approaching. I looked at our options and thought if we went straight south, we may have an hour or so before it hit us. If we had gone the way we came, we would drive right into it. As it turned out, we never saw more than a sprinkle, while the area north and west of us had very strong wind and a couple of tornados. After turning the car in, we were back at the marina about 6PM. It was a long day, but we now have wheels.

The next morning we headed out to hit the Walmart for groceries. The closest location is west along the beach in Long Beach. This area was hit very hard by Zeta. We saw a significant amount of damage and cleanup in full swing. 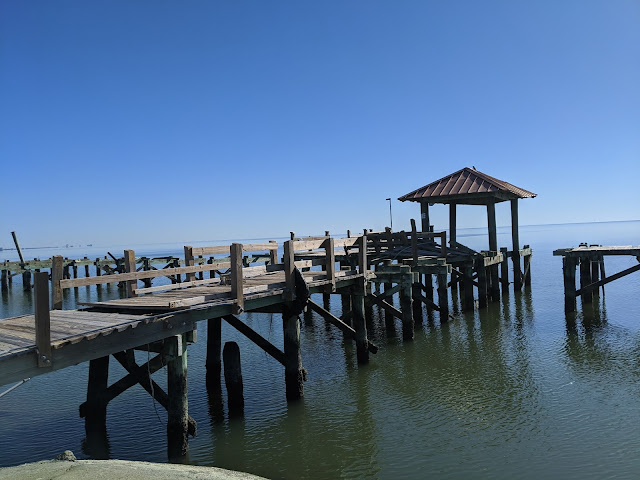 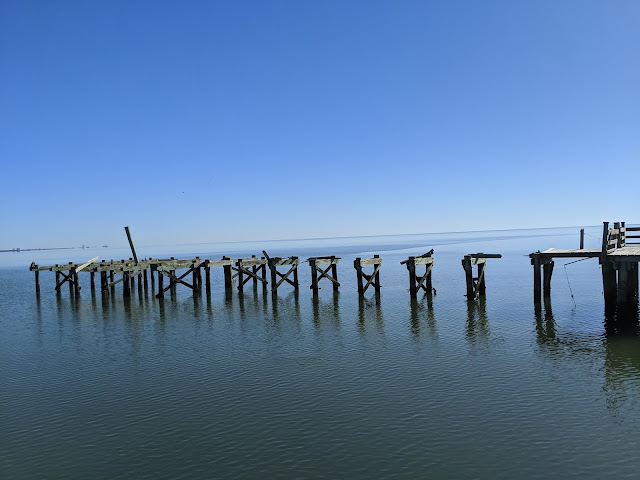 The port of Gulfport has been through this before. There is a mark on one of the buildings showing the high water mark from Katrina in 2005. It was 20 feet higher than zeta. That is just mind boggling. Looking at all of this damage has reaffirmed our decision to always get out of the hurricane zone for the season. The good news is that hurricane season is over. We have seen a couple of winter storms hit this area in the weeks we have been here. They come from the north and carry winds of over 20 knots and cold wind. The wind comes over the land so, we have very little wave action and the winds are not strong enough to cause any concerns. We have only seen temperatures of around 40 degrees when the forecast for land was 32 degrees. The water should help us stay above freezing. We will see. This looks like it will be a good place to winter.
We came here to get the boat out on the water on nice days and do some sailing while still staying isolated during these COVID times. So far, that plan is working well. In my next entry, I will write about Christmas time in Gulfport and maybe some sailing.