A Return to the Georgia Coast


We left the Okefenokee Swamp NWR on February 1. We drove about 125 miles through Waycross and on to Brunswick, Georgia. We selected Golden Isles RV park. This choice was made totally on location and price. Golden Isles is a Passport America park and the rate was only $20 per night with full hookups including the best cable TV we have ever had. You are limited to 3 days at the PA rate. We were even able to watch the Supercross on FS1 on Saturday night. The park overall was kind of old, but well kept. We were only about a mile from I-95, but right on a state highway. It was kind of noisy, but not all bad. It looks like they have a section that is just for transient campers. Many of the sites were turning over each day.

We were in the area to start our tour of the Atlantic coasts of Georgia and South Carolina. We had come to this area about 16 years ago on a business reward trip (When the old company did that type of thing). Kim was able to go with me. I think that was only the 2nd time that was allowed in the 33+ years with that now defunct company.

On Friday, February 2, we decided to tour Jekyll Island. We started out with a walk on the beach. This was our first view of the Atlantic Ocean on this trip. 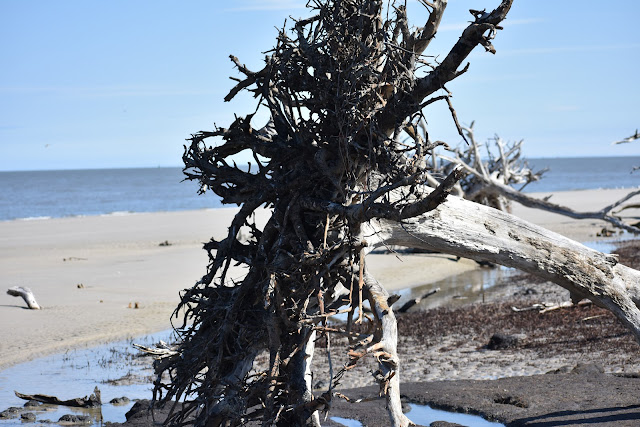 We then decided to take a tour of the Jekyll Island Club, which is a National Historic Landmark. This club was for the ultra rich back in the late 1800's and early 20th century. It was given to the state of Georgia after World War 2. They have restored it and it is open for tours. I generally am not a fan of this type of place, but I smiled and went along. Before the tour we went to check out the chapel. 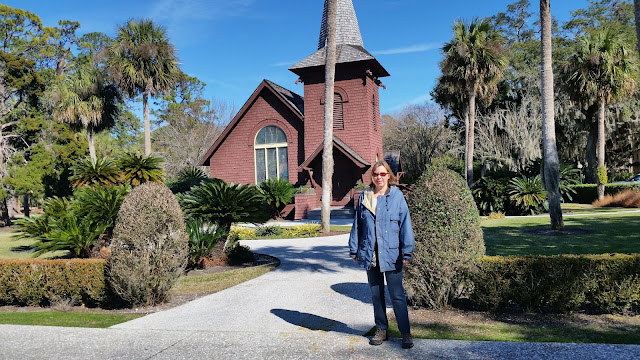 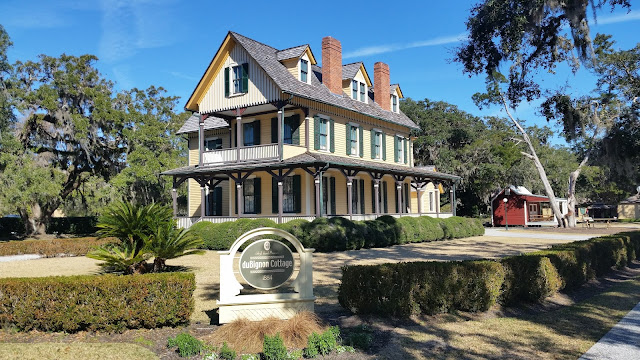 Each of the houses are called cottages. They are surprisingly small for the ultra rich people that lived here, but that was part of rules. Most did not have kitchens, they took their meals in the clubhouse. They would only stay for a couple of months in the winter.

On Saturday, February 3, we headed over to Saint Simon Island. Our first stop was at the King and Prince Resort. This was the resort we stayed at with the rest of the winners of the "Gold Trip" for sales excellence. This was back when work was enjoyable and rewarding. 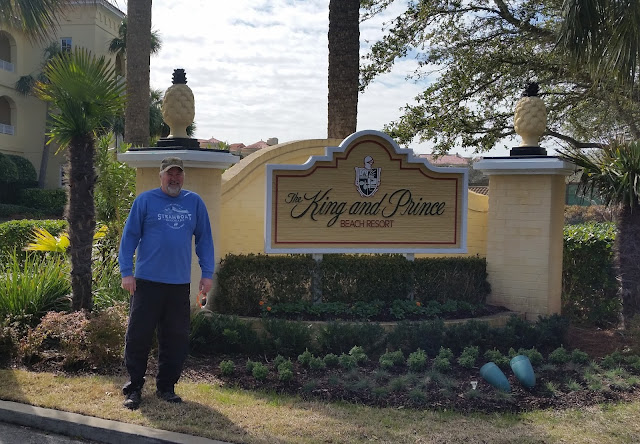 We left there and took another walk on the beach. 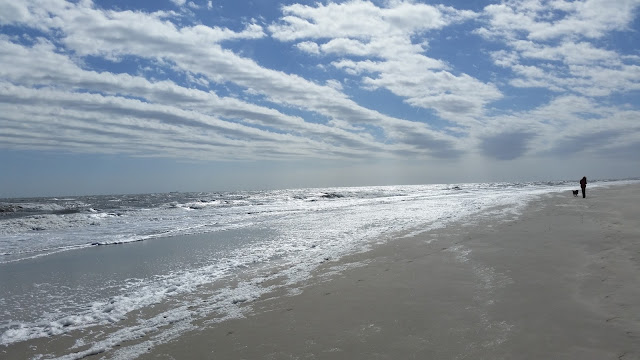 We then started just driving around. Maybe we should do some more research. We found Fort Frederica National Monument. This was a fort that was built as part of the effort of James Oglethorpe to establish the colony of Georgia for England between 1736 and 1748. He laid out a nice town and brought many people that he felt deserved a second chance in life over to inhabit the colony. He also was a friendly trader with the native people of the area. The majority of the construction was tabby, which is coastal concrete with a large amount of shell it it. It is amazing how well it has stood up to the elements over the years. 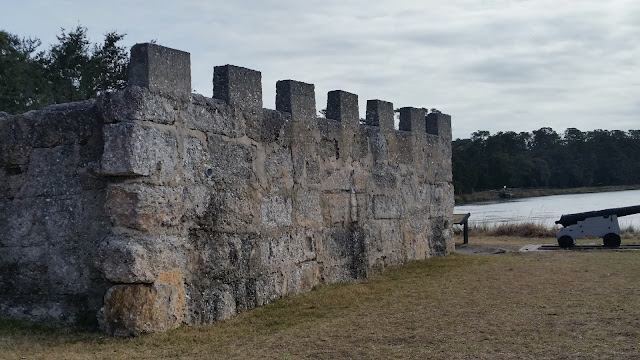 It was an interesting tour and got my interest up in the history of the area. We left Golden Isles on Sunday, February 4. We had to get to our new home in time to watch the Super Bowl. That was no problem, we only drove about 60 miles up the coast to Hinesville, Georgia. What is in Hinesville you ask? We had no idea. Find out what we found in my next entries.
Posted by ktmissouri at 12:04 PM