After having dinner with Doyle and Darren on November 21, we went back to the boat and were talking about our plans. Kim and I both felt like two days in this urban setting was long enough, so we started preparing to depart the next morning. We were excited for the next part of our trip. We would be heading around the Cape Ramano Shoals that extend about 10 miles out into the Gulf of Mexico at the end of Marco Island. At that point we would be heading almost straight east along the southern coast of Florida. This section of the coast is part of the Everglades National Park, so there is no development. Southwest Florida is mostly developed with houses and condos. We were really looking forward to some peace and quiet. We would not be disappointed.

I recorded a few video updates and stitched them together. You can watch this if you prefer to watch video vs. reading the blog:

We were up again before sunrise on the 22nd of November. We had a quick breakfast and started the motor to warm it up. Just before I raised anchor, the motor just stopped. I tried to restart it and it would not start. I had changed the Racor fuel filter the day before to make sure that a dirty fuel filter was not the problem with the engine RPM not holding. I had run the engine for a good 20 minutes after changing the filter and the engine ran fine.  I was sure we had some air in the fuel lines, so I followed the fuel bleed procedure that is quite easy on this boat, and did find some air in the fuel line. Once the fuel ran clear, I closed the bleed screw. I then asked Kim to start the motor, and it started right up. OK, not a good way to start the day, but I was glad that happened while we were still at anchor. It was another beautiful morning as we raised the anchor and motored out of Smokehouse Bay.

As we entered the gulf we had some good wind from the east, which meant great sailing conditions. We had wind with almost no swell. We were only going about 4 knots in 8 knots of breeze, but we had all day for the 33 mile trip, so we just kicked back and relaxed. Kim went up on the foredeck to look for dolphins. 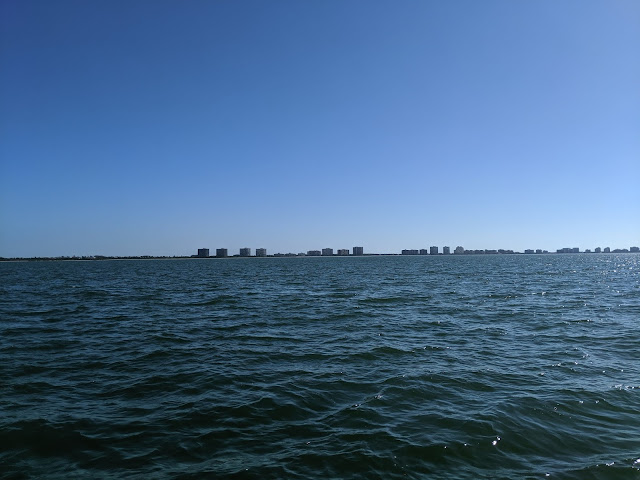 As we approached the Cape Romano Shoals the wind dropped off to zero. It was like a huge glassy lake 7 miles out in the Gulf. 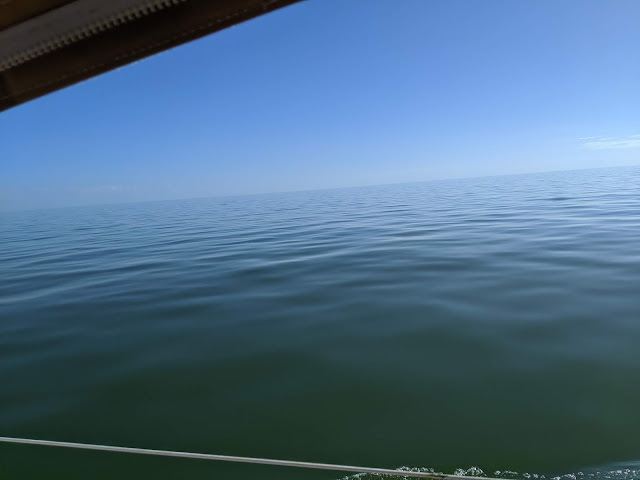 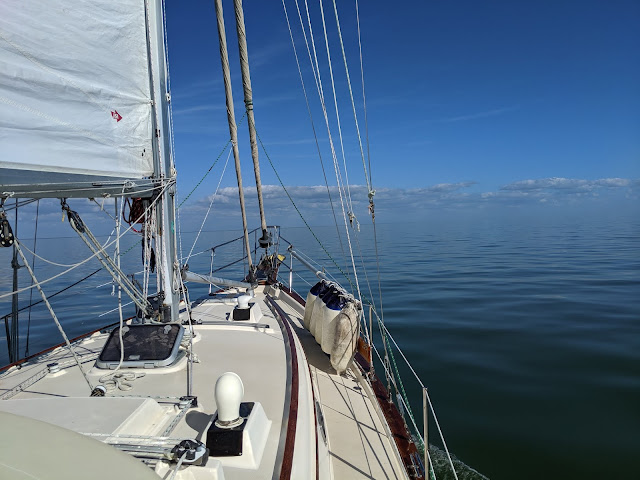 With the lack of wind, we fired up the motor and proceeded in the direction of our destination. The calm waters made it easy to stay on course through a narrow and shallow channel through the shoals. I was a bit concerned. I did not want to run aground out there, but thankfully we never saw less than 9 feet and all was good.

I was still fighting the issue of our engine not holding idle, so I found a string and made a cinch knot and that worked well. I was relieved that the problem was in the throttle linkage and not the engine.

Just to finish the story, I took the compass off of the Binnacle the next day and found the tension screw and tightened it up and we are now good to go. No more string needed.

We motored down the coast for about 2.5 hours in the totally calm conditions. We then made the turn for the pass at Indian Key. I was expecting to see other boats in the anchorage, but I would be wrong. We had the place all to ourselves. It was beautiful and quiet. We did see a number of fishing boats coming in and out of the pass heading up to Everglades City, but we were protected from their wake by Indian Key. What a great place. 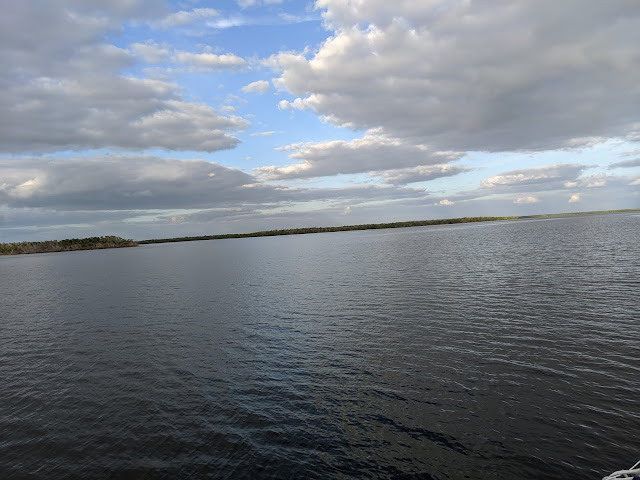 I got right down to business and got the fishing pole out and immediately started catching fish. It was mostly Gaff topsail Catfish, but it was still fun.

As the day ended we had one of the best sunsets we have ever had. We had open water all the way to the horizon and that made it even better. 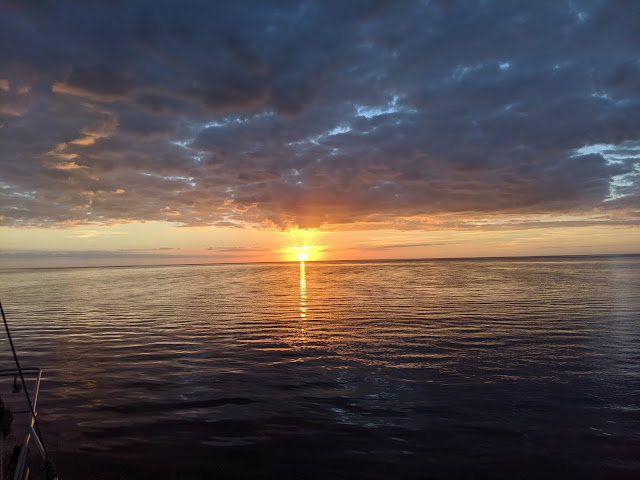 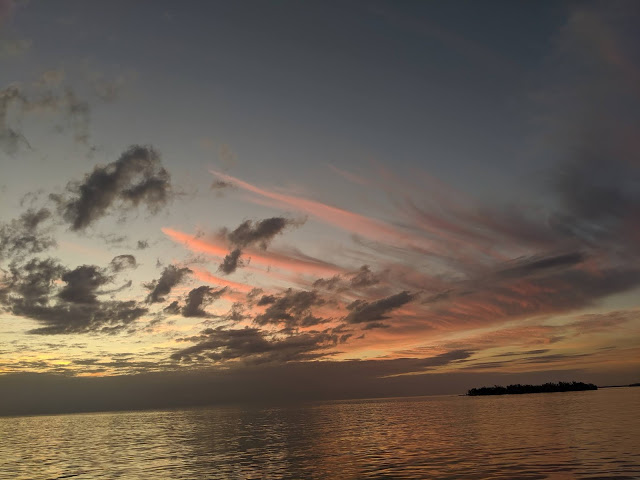 It was a great way to end this day. We were not sure what we would do next. We had very marginal cell signal, but enough to check and download weather forecasts. It was calm that first night, but what would happen in the next couple of days? Come back to see the next chapter in this adventure.
Posted by ktmissouri at 4:40 PM