MORE Race and Some Weather

It has already been almost two weeks since we arrived at the ranch in Missouri. It is amazing how fast times goes by and how quickly the look of the ranch changes.

When we first arrived the trees were just starting to leaf out. The dogwoods and redbuds were in bloom, and it was cool.

This past week, the leaves on many of the trees are almost fully exposed and the blooms are almost all gone. 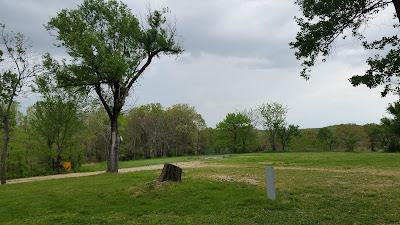 The weather has been dry. We really need some more rain. We had a race at the ranch this past weekend. Rain was in the forecast last week, and we were preparing for the worst. As it turned out, we received about .1 inches of rain and we had to deal with some dust in the fields.

The race this past weekend was the first race in the M.O.R.E. series for 2016. For the ranch owners, this means that an outside promoter puts on the race. All we have to do is take care of collecting the entrance gate fees and run our food concession. We get to be spectators during the race. I was able to catch up with a number of friends that I have not seen since we left last December. It was a fun weekend.

It is always interesting to see our field turn into a small city with about 100 RV's. 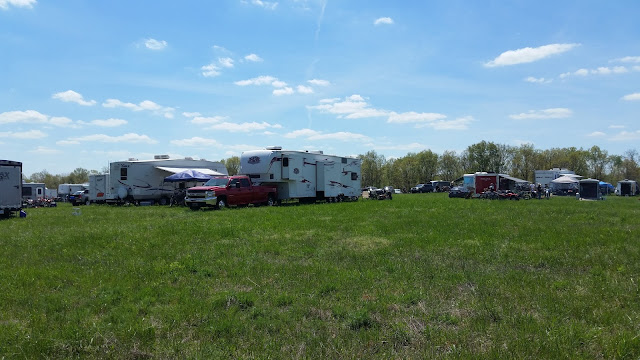 The weather was a bit warm with highs in the low 80's both days, but the race turned out well. As I have mentioned in some previous posts, I love to watch young people develop as both racers and young men and women. Yes women, we are getting more and more women racers. That is awesome. I enjoy getting to know them as young inexperienced riders and watch them develop. I was able to watch one 14 year old rider this weekend who I first saw as a mini rider about 6 years ago. He stepped up to the expert class (A) and won. He even beat a number of the Professionals and finished 6th overall. Way to go Noah!

The best part is that he is also a great kid. I really like his entire family. I love it when good guys do well.

Here are a couple of other shots from the race.

One unique thing that happened was a rider arrived at the race in a helicopter. He is from St. Lois and I guess he has a very busy schedule and has someone bring his bike to the site and then just flies in and rides and then leaves right after the race. 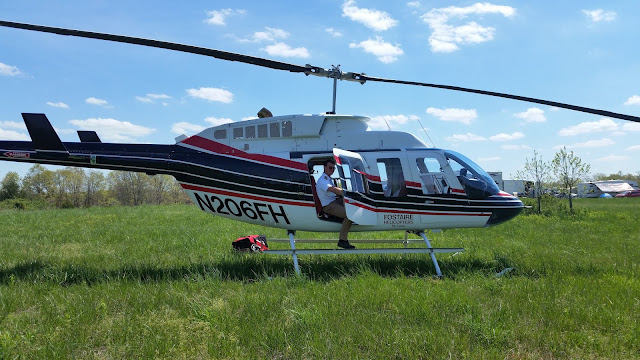 After the race was over, the ranch cleared out and it was quiet again. My friend Bob, who is the principal owner of the ranch, is now retired. He stuck around for a few days to hang out and do some riding and some trail work. I did some riding and then got to work with our tractor to clean up the field and do some mowing. Still very relaxing.

Yesterday we had some storms moving in. We were happy to get the rain, but we were concerned about the forecast for severe weather. As it turned out, we only got a little over an inch of rain and no severe weather. Between storms, I was able to catch a couple pics of this double rainbow. 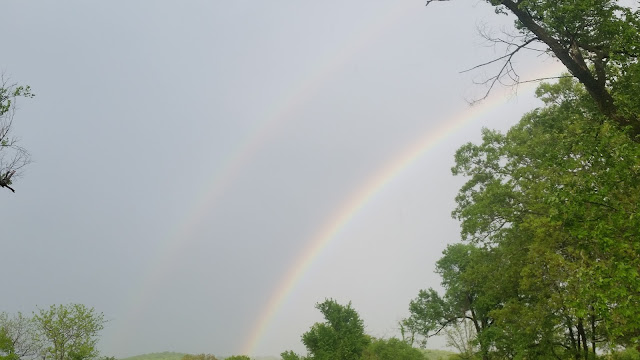 Well that is about it for the past week. We have a few family things going on this next week. I will try to remember to get updated pics of the grandkids. They are all growing so fast.
Posted by ktmissouri at 2:35 PM