We ended up staying 10 days at Quintana Beach Park. We are kind of in a holding pattern waiting for a wedding in Port Aransas, Texas the first weekend of December. This will be the first of two weddings that we are excited about attending as part of this trip. The second will be back in Texas in May. Two of our nieces are getting married. They were both engaged on the same day.

We like holding patterns. We have enjoyed the relaxed vibe at the park and the fishing and crabbing have been interesting. Not great, just interesting. As we were parking our rig, another rig pulled in next to us. We met as I was outside doing my set up and talked a bit about them being from Idaho, which is one of my favorite states. Ty and Margarita are also full timers and have been traveling for about a year. The funny thing is that we have very similar trucks. Same brand, same color and about the same year. Theirs is a gas and mine is a diesel. Conversation came easy, and we made plans to fish together. Here is a good shot of Ty making a cast from the jetty. 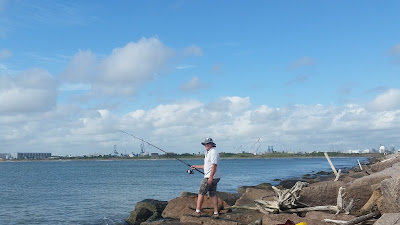 We spent much of the next week fishing together. We did some cast netting and Ty liked it so much that he bought his own net on one of our trips to the store to get more fishing tackle.

Ty and I were driving around Freeport and found a fish market. We both bought a nice red snapper and some shrimp that was fresh off of this boat. I had seen them heading out the day before. 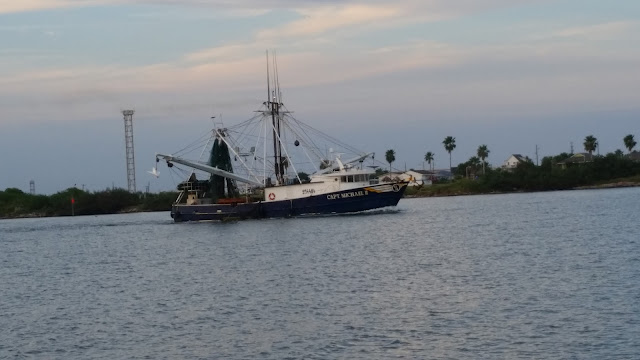 Captain Mikes Seafood is the way to go in Freeport.

Warning: Food picture. Actually there will be two in this post.

I cooked up the red snapper and although it was a little under cooked, it was still good. I had a snapper sandwich the next day. 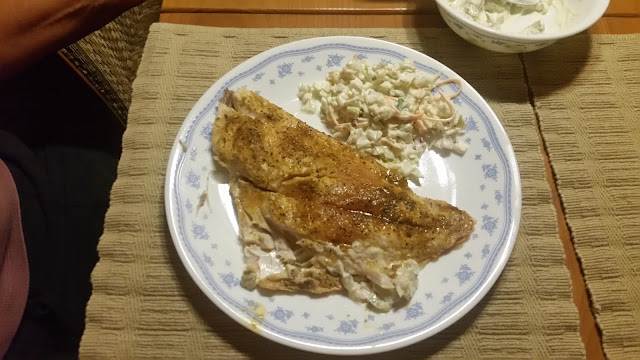 On the 7th we celebrated Kim's birthday. We went to dinner at On the River in Freeport. It was very good and we had a waiter named Sean who was great. Kim is now older than me again. I love to rub that in.

A day or two later, I prepared the jumbo shrimp that I had purchased at Captain Mikes. I make a marinade of olive oil and Tony's Cajun seasoning and some Parmesan cheese. I then skewer them and grill them. They came out great. 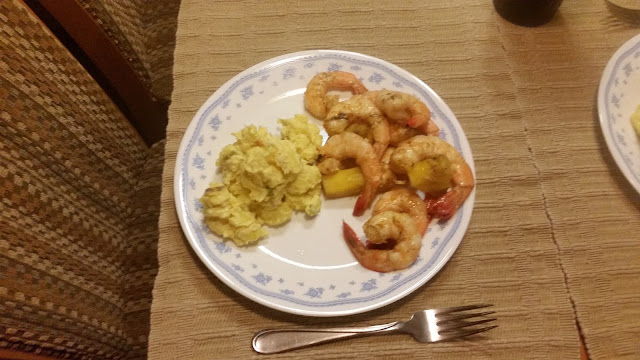 One of my favorite things about traveling is eating fresh food from the local area. When on the gulf coast, you just have to eat the seafood.

While I was fishing, I really enjoyed watching the many seabirds. I got this one interesting shot of a pelican. 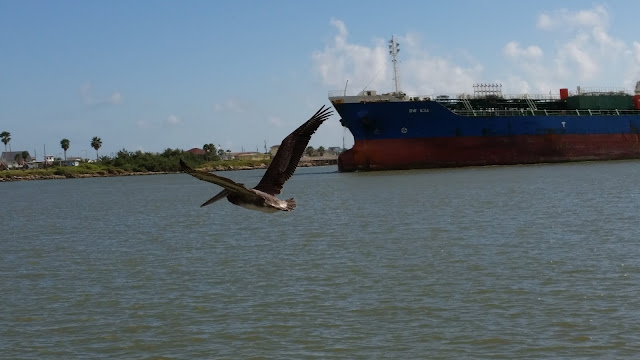 We fished and fished and were catching more strange fish. Here is a toadfish that Ty caught three of.

We both caught more cutlasfish and I caught this eel. 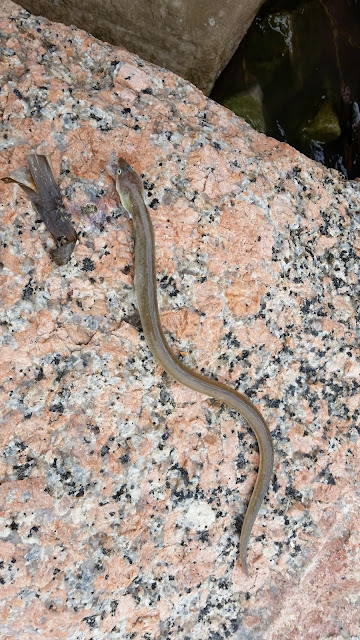 After 5 days of fishing I finally caught something I could eat. This Sheapshead is not a great eating fish, but he was actually pretty good. Margarita did the honors and cleaned the fish for me. She is a former restaurant owner in her native country of the Dominican Republic. She did a great job and made it easy to cook. 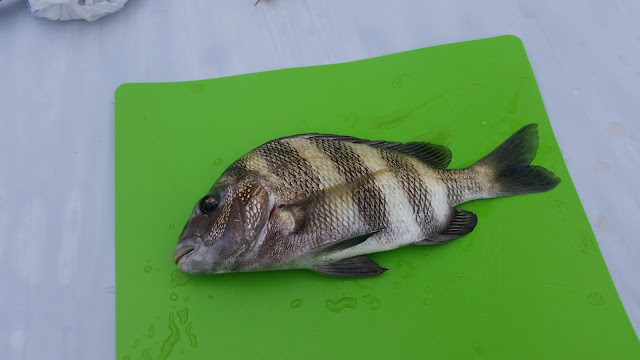 Just before I caught the Sheapshead, I was able to reel in a good sized crab. I boiled that at the same time I was cooking the fish. I must say the blue crab was very tasty. We would just need more of them to make a meal.

For the next two days we converted to crabbing. We ended up catching 9 keepers. I cooked them and then Kim and Margarita picked the meat. I made a big pot of Gumbo with Sausage, Shrimp, Chicken from Ty and Margarita, and Crab. It turned out great. We all had a great meal together. We then played a new dice game we were taught while we were in Galveston called Farkle. We had a blast. We just love meeting other full timers and getting to know them. Thanks for everything Ty and Margarita. We hope to see you down the road. 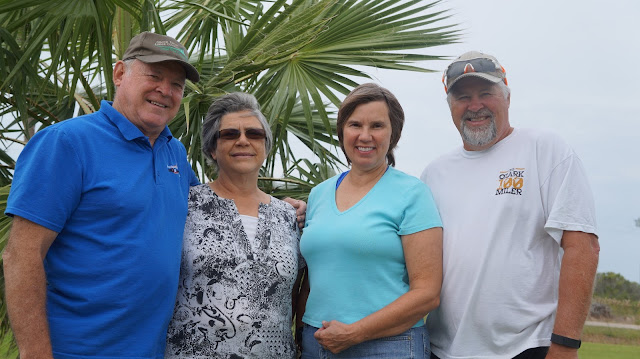 I will conclude this entry with a cool sunset shot I got one night out on the Jetty. We had a bunch of them while we were on Quintana Beach. 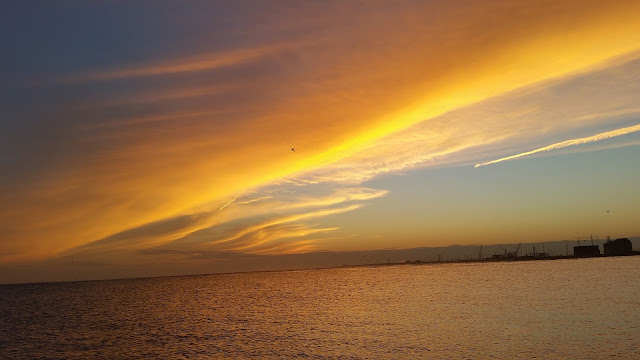 Come back for my next entry to find out where we went from Quintana Beach.