I am writing this entry on November 29. Yesterday, we left Padre Island National Seashore. We ended up spending 11 days in their campground. We enjoyed it immensely. It is a beautiful place, but not beauty like we have seen at many other National Parks around the western US. There are no large mountains to take pictures of, there is just the solitude and beauty of the unspoiled gulf coast. 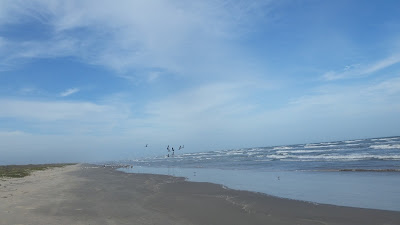 There are few places in the country where the coast is undeveloped. Padre Island National Seashore is the longest stretch of undeveloped beach in the world. To drive or walk for miles and miles without seeing a single structure is something to treasure. Have I mentioned we LOVED this place. I can promise one thing, I will be back as often as I can for the rest of my life. The good news is that Kim loves this place as much as I do. 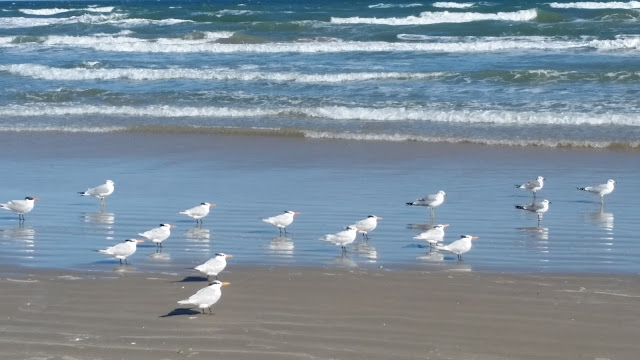 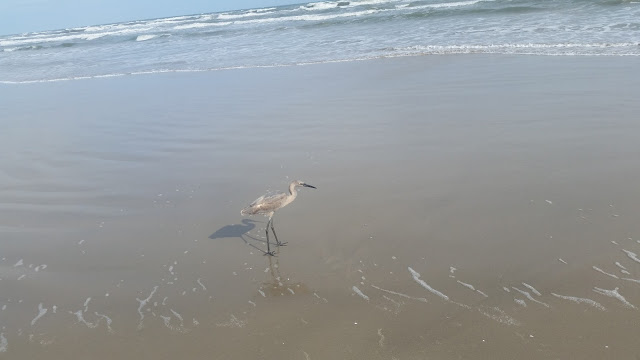 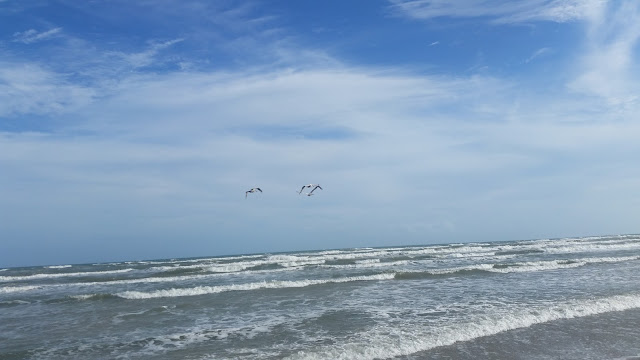 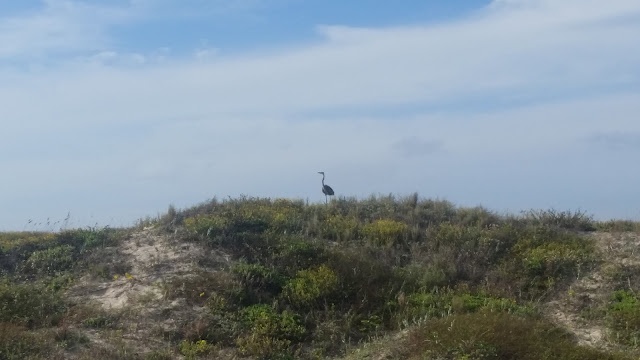 Many days, I would go out and try to capture the beauty of this place and I was just frustrated by my inability to do so. These pictures just do not do it justice.

The downside of staying at PINS is the salt air. Everything that is exposed metal will get surface rust. I used WD-40 to lubricate and protect things like the hitch, stabilizers and a few other things. You just have to be vigilant. I will also have to wash the entire rig including the under carriage after we leave the coast.

I spent a bunch of time fishing while at PINS. I talked to many other much more experienced fishermen and learned a bunch. I now know when to fish and when it is not as productive. I know what bait to use and what fish are good to eat and what are not. I did catch three keeper Whiting.  I had been told that they are not great eating, but that was not correct. They are actually one of the better eating fish you can catch down here. I must have caught about 100 that were too small to bother eating, but the three keepers made some excellent meals.

I really wanted to catch a large fish, but that did not happen. The largest fish I caught was a Gafftopsail catfish. It was about 24 inches and a good fighter. I did have to be careful getting it off the hook and returning it to the gulf. They have large spines. Unfortunately no pictures of that dude. I really wanted to catch a fish called a Pompano. They can get quite large and are great fighters and good to eat. I finally caught one, but it was too small. 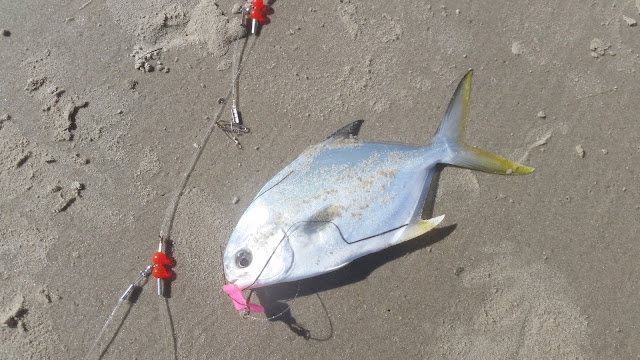 I think I fished every day except one while we were at PINS. How is that for a tough life?

Thanksgiving came while we were at PINS. We were invited to go to Kim's Sisters house over in Port Aransas. We had a very nice day and it was great being with family on the holiday. On the way home that evening I was presented with a moral dilemma. As we were driving, I saw a box fall off of a car in front of us. As I approached the spot, I thought it was a tackle box. The car kept going into the night and did not seem to notice. I decided to stop and see what it was and indeed it was a tackle box full of fishing gear. I looked inside and found no identification. I guess I now have a new tackle box, but I really wish I could return it.

We have now moved on and I will write about our new home and surroundings in my next entry. It is just about time to leave the coast and head west, but we have a wedding to attend before we go. 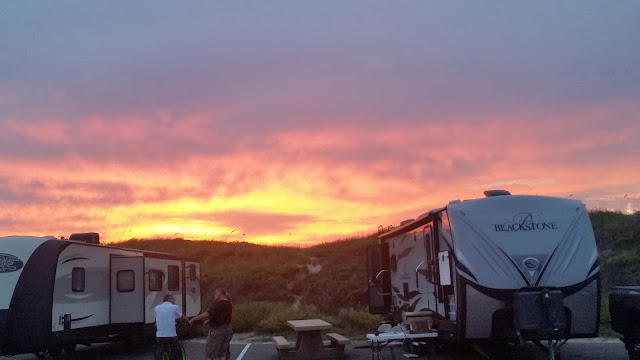