More time in Galveston and Moving on Down the Coast

The party was fun. It broke up around 9PM. I thought it would be an early evening, but we ended up staying later with just the immediate family. We played horseshoes until about 11, and I understand the night did not end until around 2:30AM. Well I guess there was still beer in the kegs.

On Sunday the 30th of October was the day that everyone was heading home. Kim and I started the day with a walk on the beach to watch the sun come up. It was a beautiful morning. 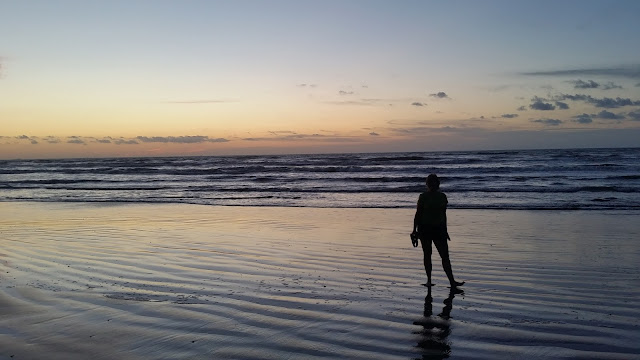 After the walk, I started the day by driving Scott up to meet Shannon at their hotel in Texas City. He was going to help Shannon drive back to Missouri. Brian and Amelia came back to Galveston with me. The remaining family regathered at the party site for lunch of leftovers from the party. I got a good shot of Amelia with her Great Grand Father Richie before they left. 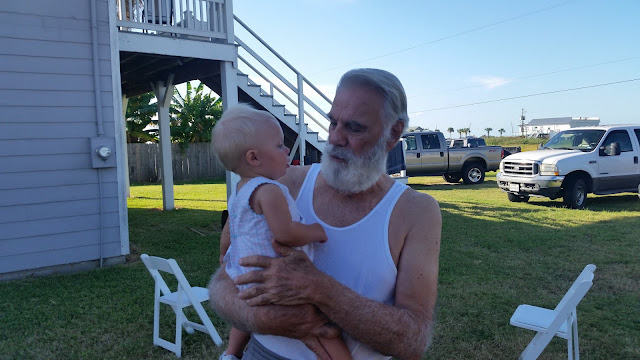 I put Mark, Brian and Amelia in my truck and made the drive to both Hobby Airport and IAH on the north side of the huge city of Houston. I made the drive without the help of GPS. It is amazing how I still remember how to get around that city after being gone for 30 years. We lived in Houston from 1980 to 1986.

I remember thinking about how nice it was not to be going "home" to make it to work on Monday morning. My life is awesome!

We spent the next 4 days relaxing in Galveston. I learned how to use a casting net and catch some bait from Kim's Dad Richie. It took me a while to get the hang of it. Thanks Richie! I have since purchased my own net and I think I have it down. I used the bait that we caught to catch a few fish from the surf at the RV park.

Here is a nice Whiting: 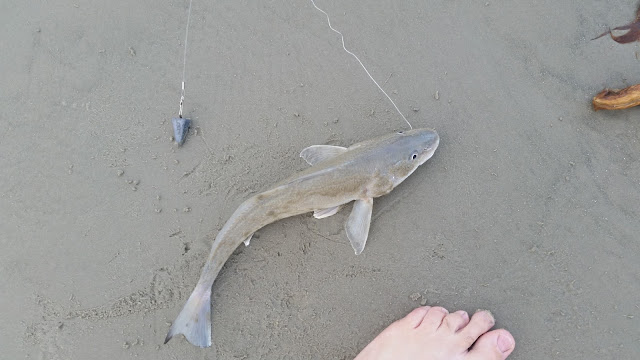 The second day, I caught my own bait and then caught two decent Speckled Trout. It was a blast. 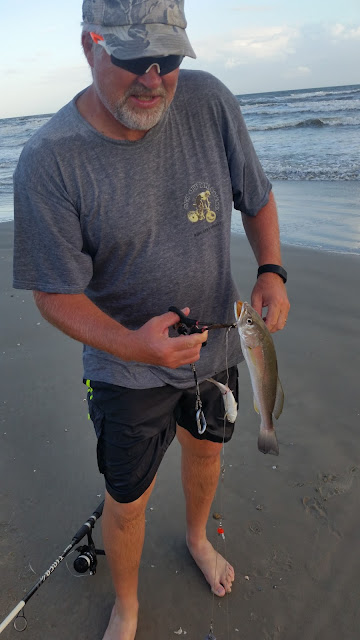 During those 3 days after the party, we hung out with Kim's Mom and Dad. Kim's uncle Kenny and wife Edna and Kim's mothers cousin Jerry and Bobbie from Colorado. All of these folks are close to 80 years old, so we are about 20 years younger. It was a very interesting perspective to hang out with them. I hope we are still having as much fun as they are, when we are 20 years older.

We had a nice sunset our last night at the beach. I got a few good shots, this one is my favorite. 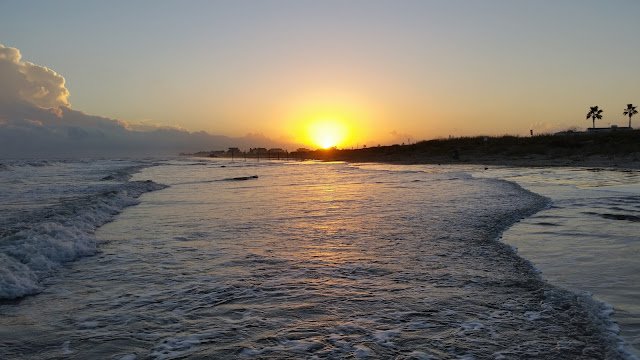 We were scheduled to check out of Dellanera RV park on Thursday the 4th of November. We knew we wanted to get a few miles down the coast and just relax for a while. We did not have reservations, so we were just going to see what we could find. Come back to see where we ended up.
Posted by ktmissouri at 7:23 PM