On Thursday, January 23, we had a 110 mile drive planned from the National Seashore to St. Bernard State Park, just south of New Orleans. While we were getting ready to go, Kim's phone rang. She was in the shower and I could not find the phone, so I asked her to check it. It was a call from her Mom. I told her to wait until we got on the road to call her back. That was my first mistake. Once we got  moving, she called her and "Surprise!", they were in Biloxi. That is only about 5 miles from us. I found a church parking lot to stop in and talked them into our location. They were on a trip to Disney World. Kim's sister, Erin and her husband John are taking their 3 year old daughter Hallie for that first visit. Phyllis and Richie are going to join them there. I put out the slides and we had a very nice lunch and quick visit. Here is the only picture we got of the occasion: 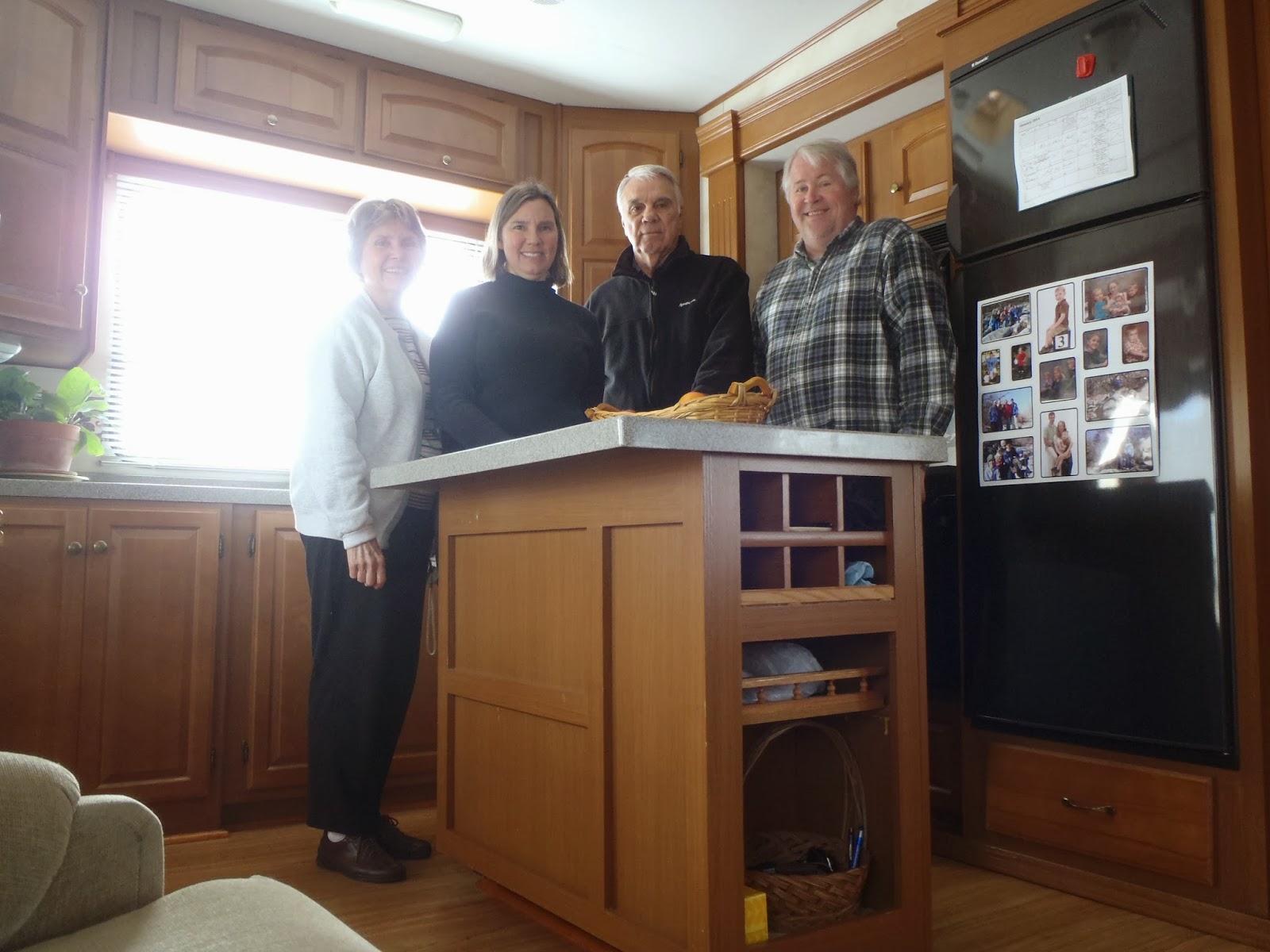 We made the rest of the drive to St.Bernard. It was an easy drive. You drive right along the Mississippi river. There are oil refineries and some very large ships.The park is secluded and very nice. It is mostly empty. They have good spacing between sites. Here is a snap of our site: 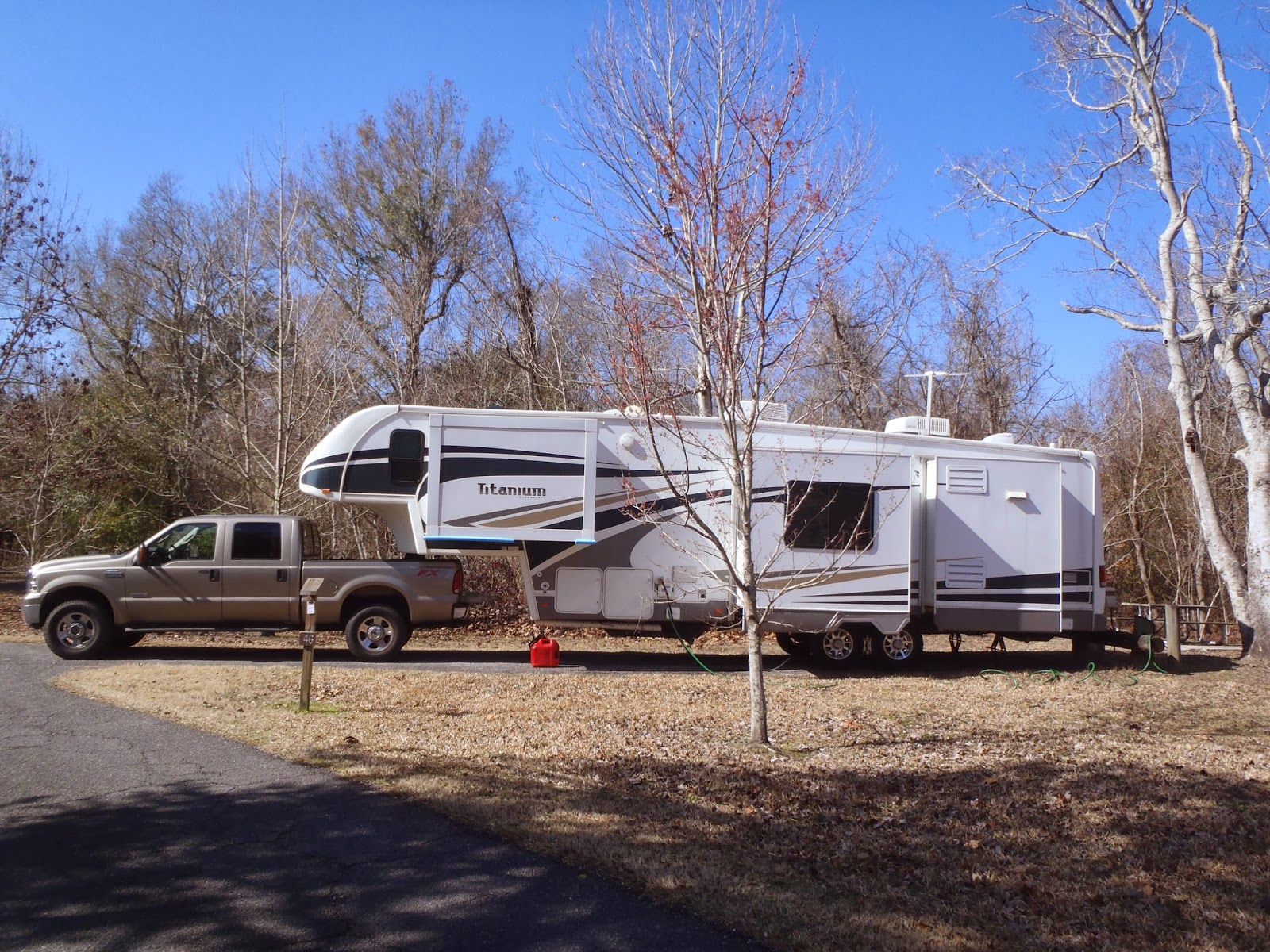 The weather turned bad on Friday and the temps were about freezing. There was some precipitation also, so the conditions caused the local schools to close. The many bridges around New Orleans were freezing causing many accidents. One big advantage of this lifestyle is that we did very little. We spent the day doing laundry and catching up on some missed episode of our favorite TV shows.

Saturday was much nicer with mid 50 temps and a bright blue sky. We decided to do the tourist thing and go to the French Quarter. We drove to the City Park and parked there and took the Street car down to the city center. Here is a picture of a shop that one of my son's would like: 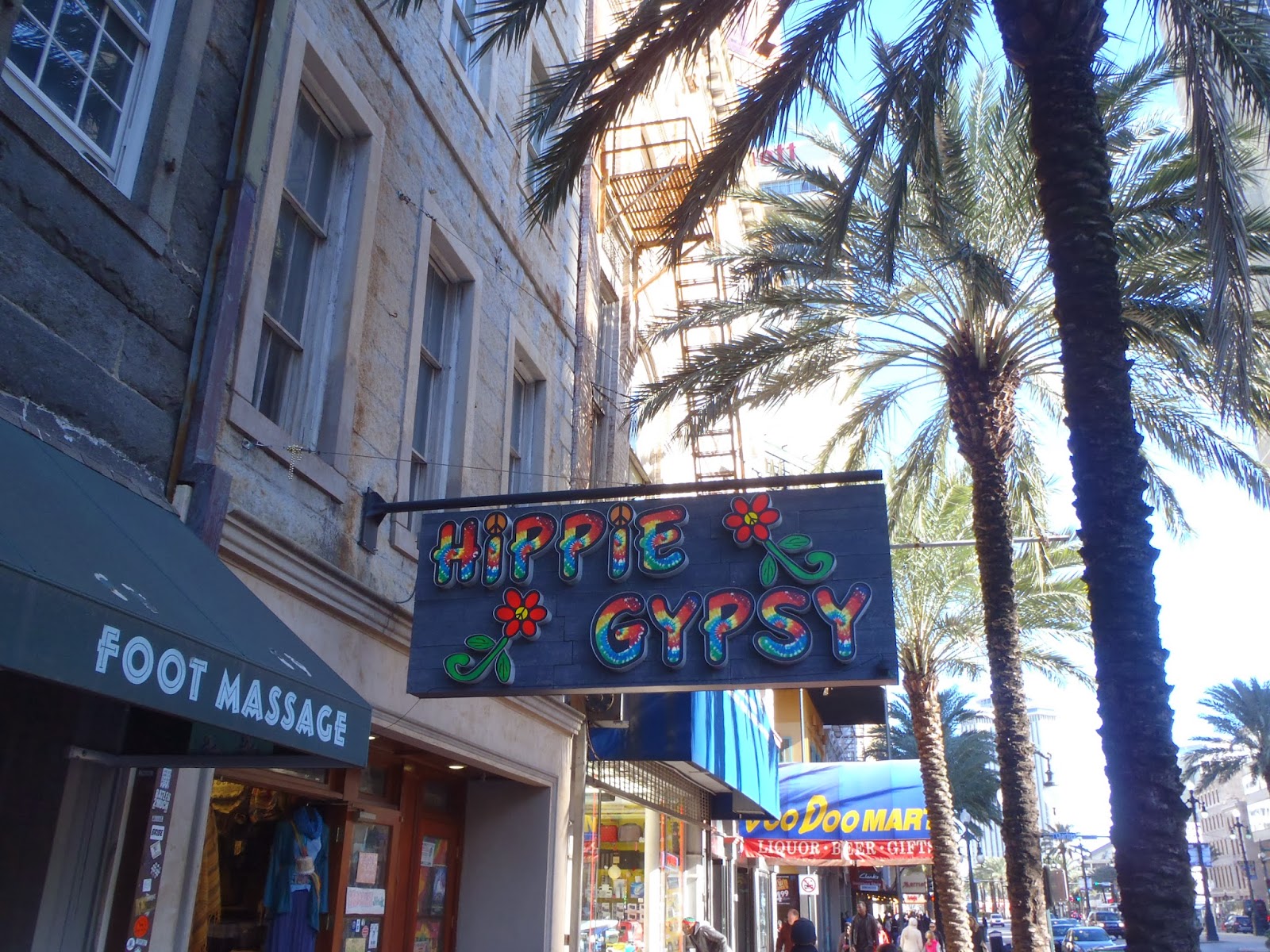 We really enjoyed listening and watching the street performers: 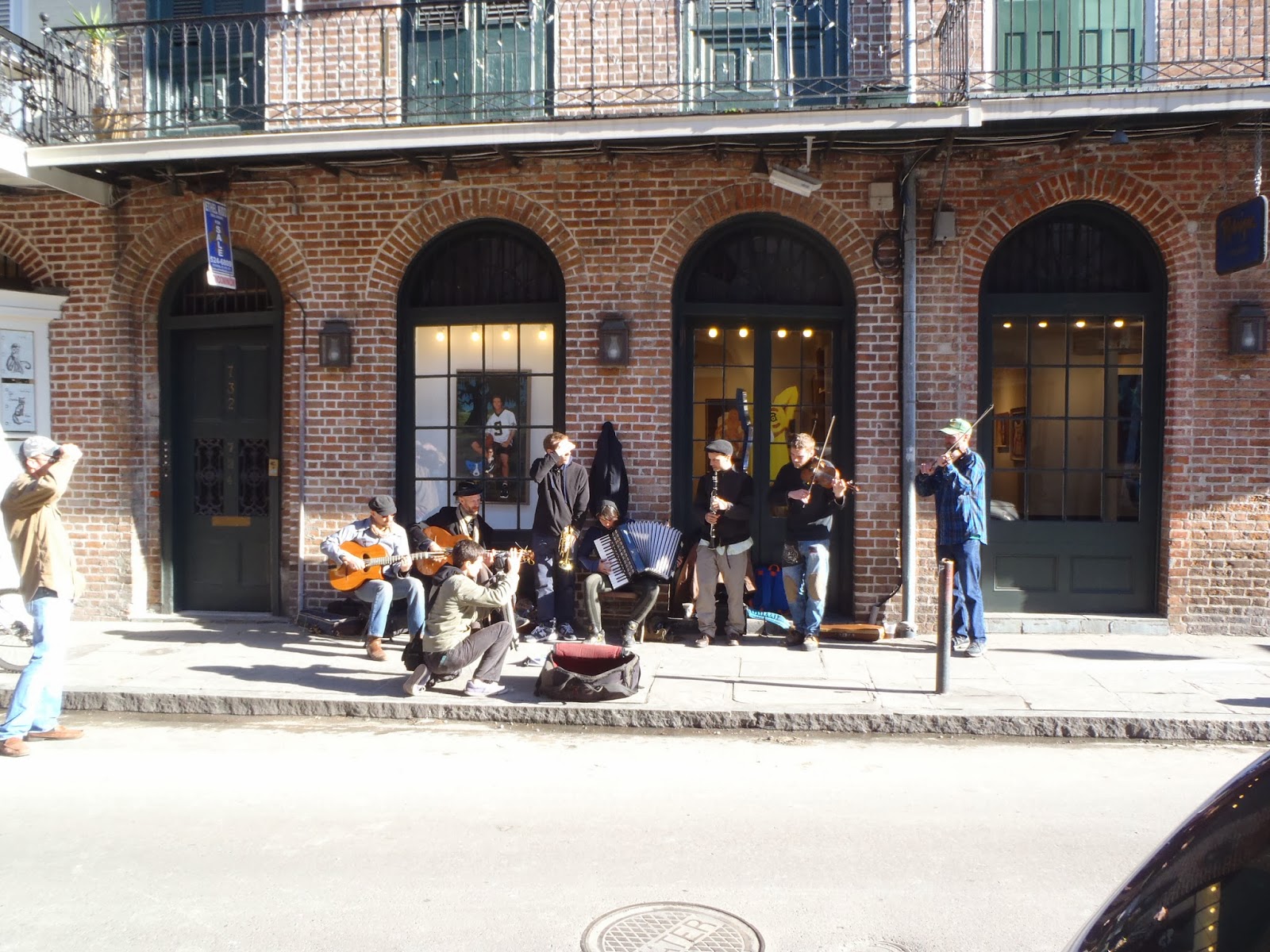 Here is a picture of Kim in the French Market District: 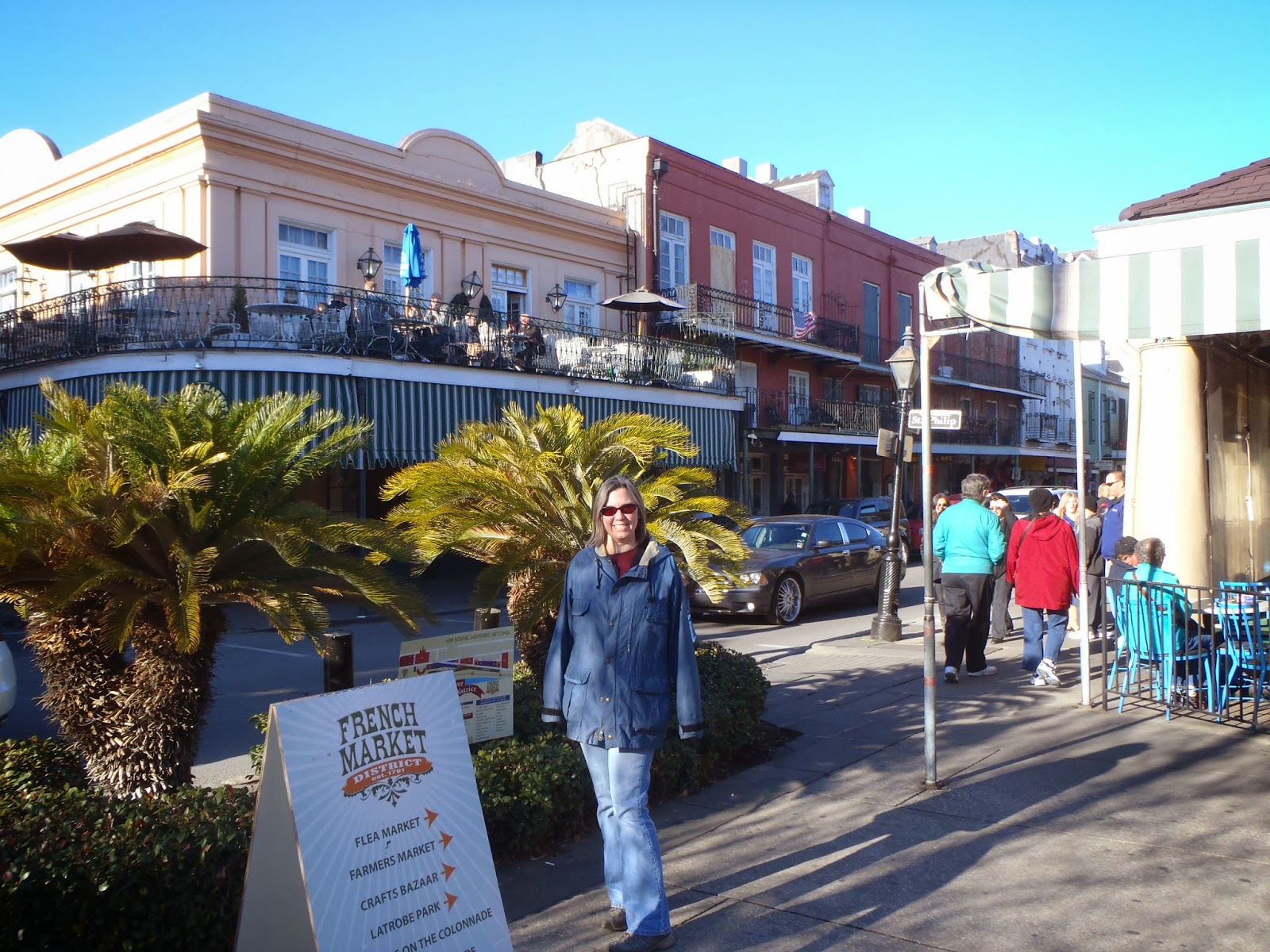 We then went to mass at the St. Louis Cathedral. It is the oldest church in the US. It is right in the heart of the French Quarter. It was beautiful. 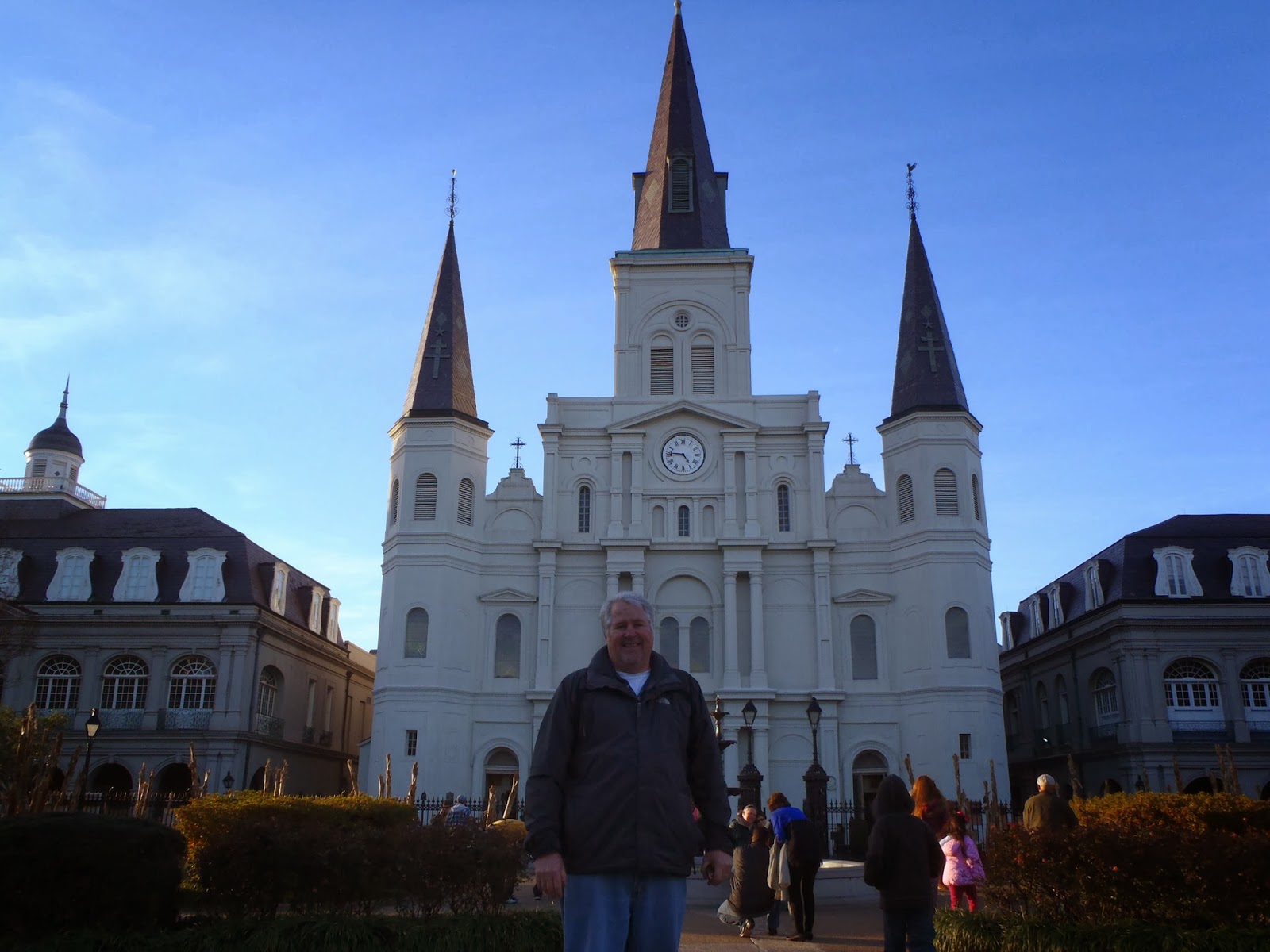 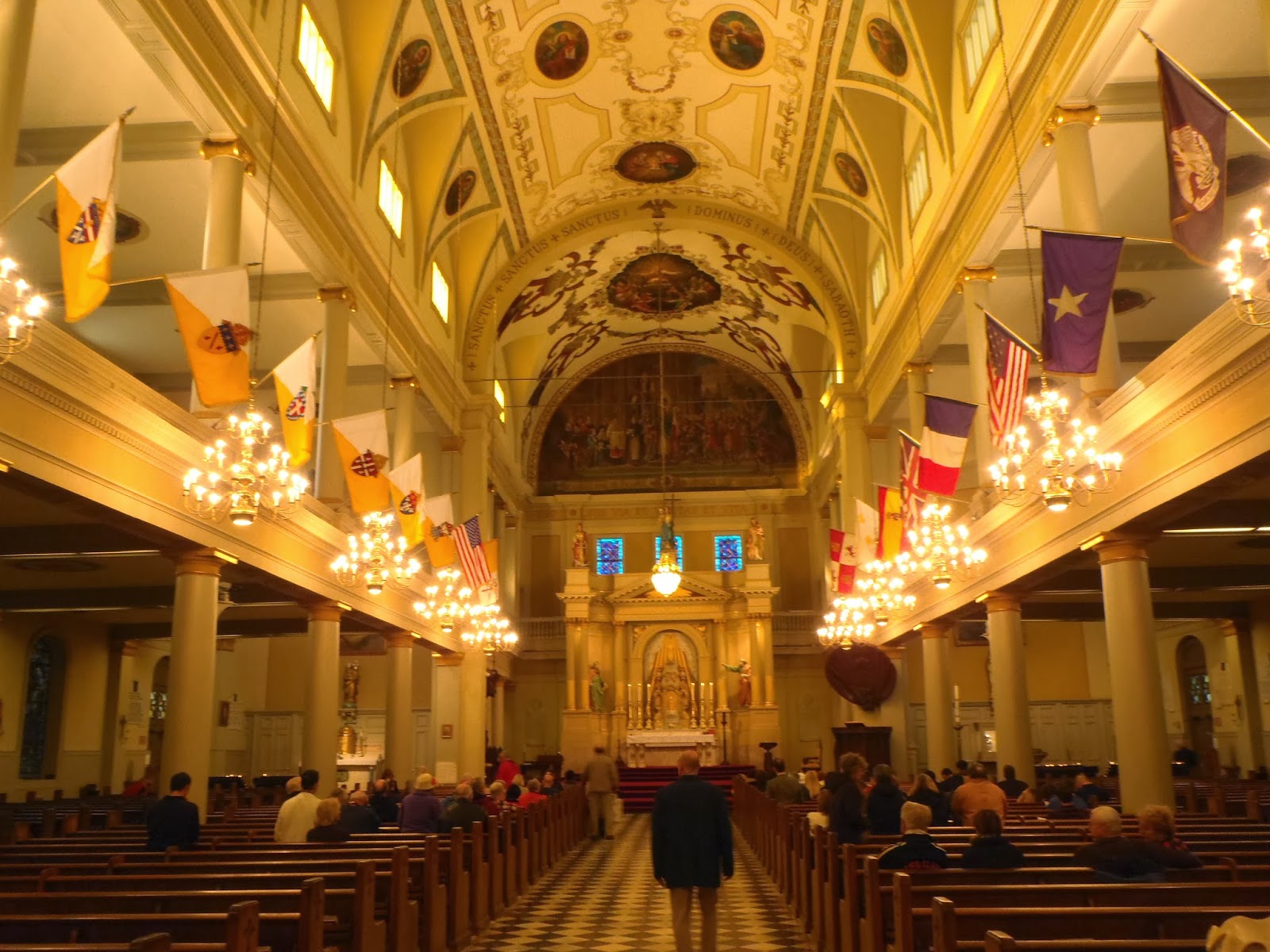 We then took the Street Car back to City Park and then went and found a place to get a good shrimp Po-Boy for dinner.

We have big plans for later this week. We are going to the WW2 museum that was founded by Stephen Ambrose. It also looks like the weather is getting bad again, so we may just hang out and wait for it to pass.