We have a stowaway!

I am writing that from Vicksburg, Mississippi on Sunday evening. We are on baby watch. Our Son Michael and his wife Audrey are expecting their second child any day. As of now, no news yet, but it will be soon. We have moved a little over 300 miles north to be ready to make the final move to NW Arkansas to be there when the baby is born.

We ended up staying at Grand Isle for 11 days and really enjoyed our time there. Here is Kim sorting her shells from all of our beach time over the past 3 months. 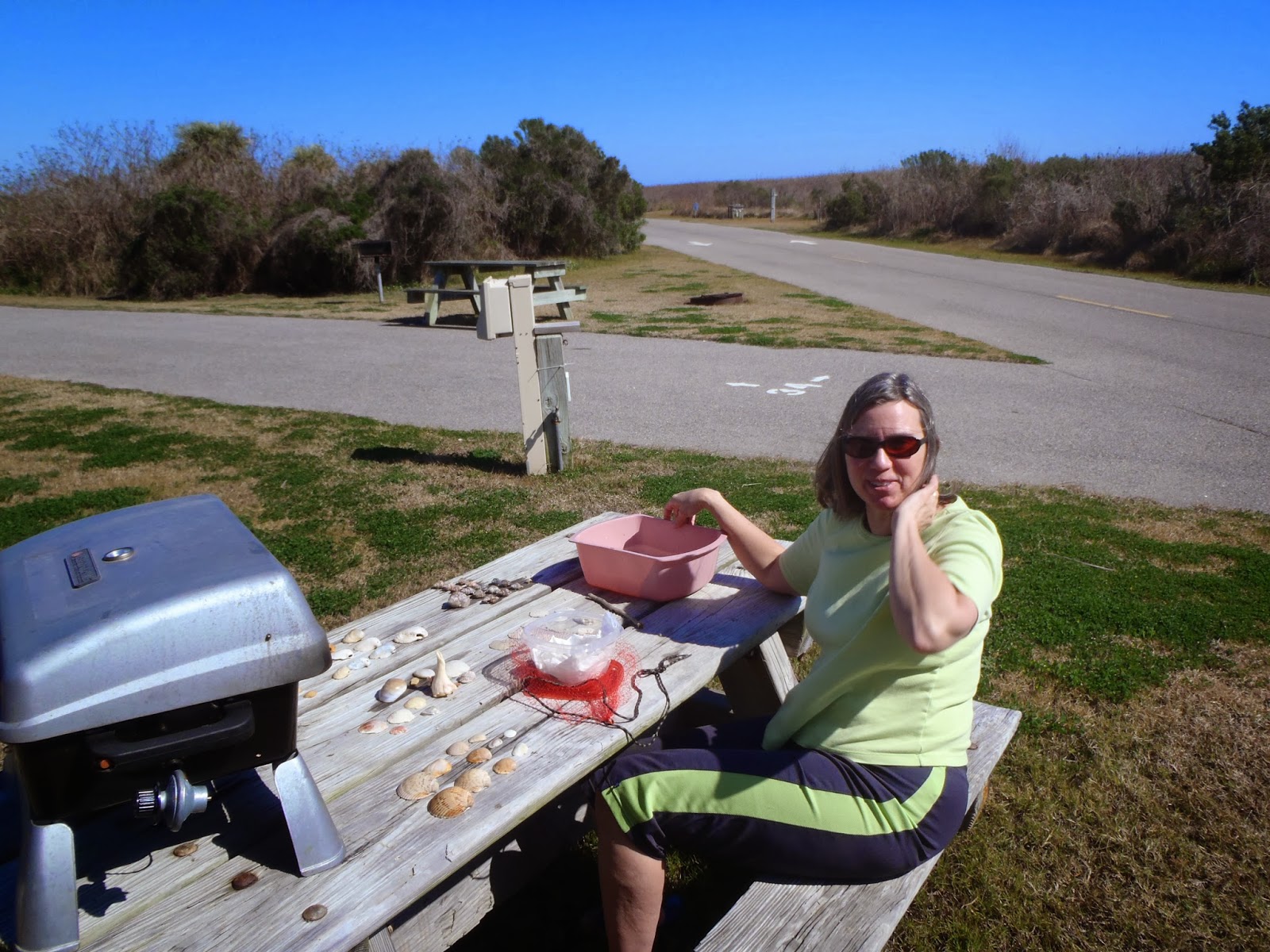 It was a nice sunny day. I took a 3.6 mile walk on the beach. I saw more dolphins and picked up a number of full sand dollars. It was a great day. Here is my version of a selfe: 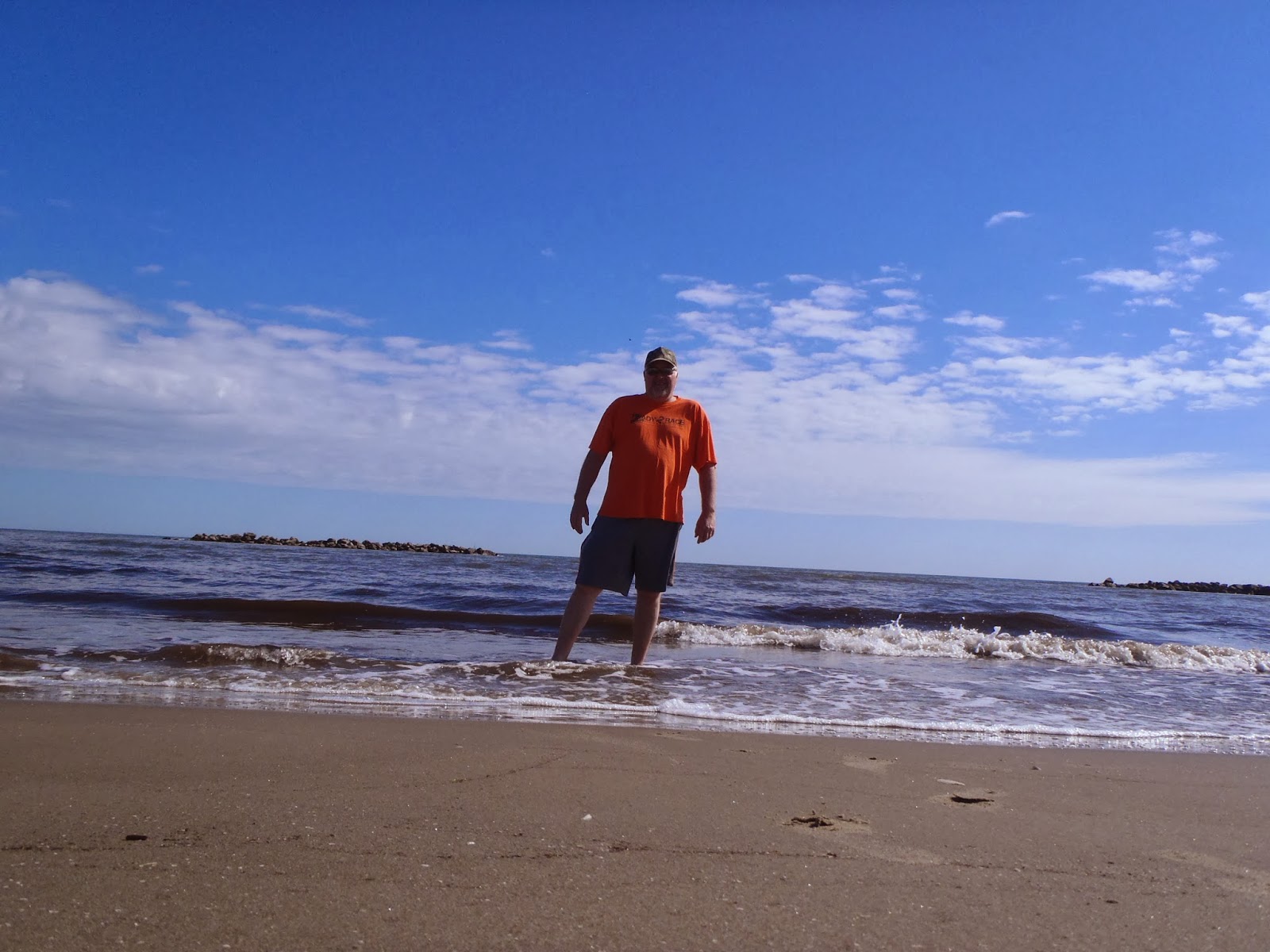 We then moved on to Percy Quin State Park in McComb, MS. We just stayed two nights which included Valentines day. Kim actually let me play golf, but that allowed her to relax and read a book. We ended up taking a long walk through the park and met a few other campers. We even had a nice sunset. I got this nice snap of a con trail through the clouds at sunset. It looked better in person. 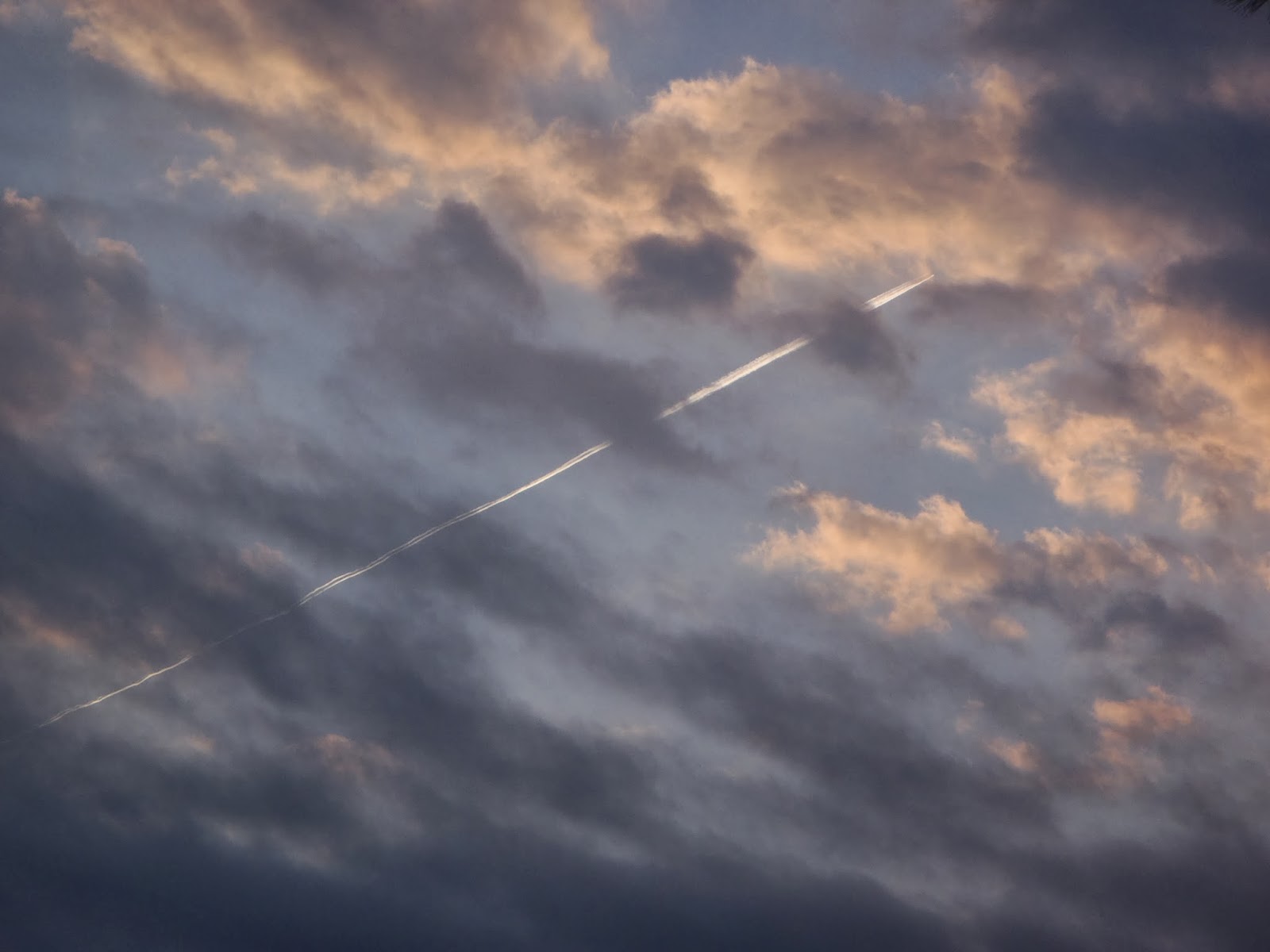 They had a small chapel. It was really neat. 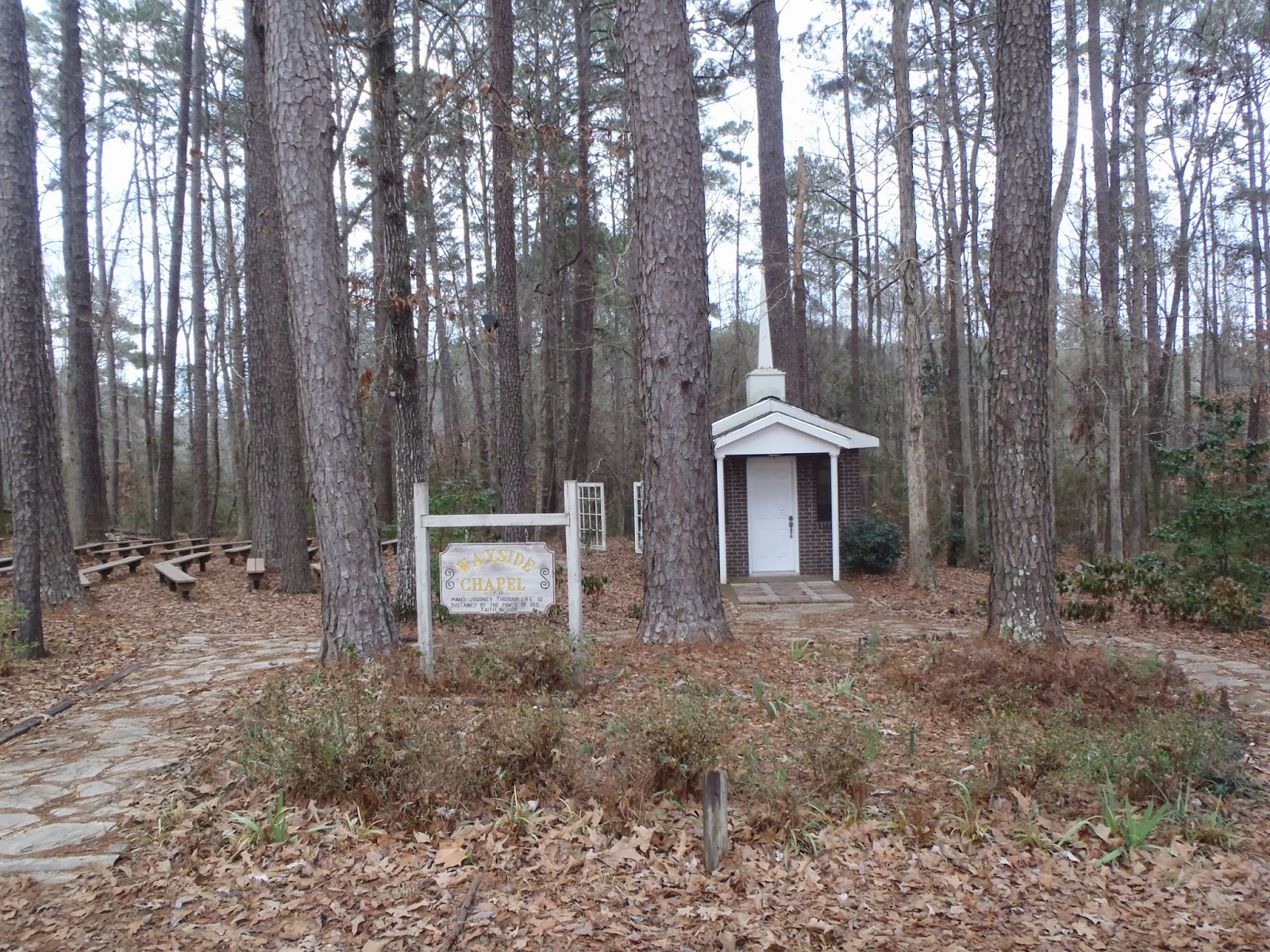 We  then decided we wanted to go up to Vicksburg and visit the battlefield. I was expecting a quick visit, but we ended up spending the better part of two days. The story was pretty cool how they built the National Park. Around 1900 a large number of veterans came back to Vicksburg and identified the actual locations and actions that were part of the battle. The individual states that had troops in the fight erected monuments honoring the men. All of the monuments had the theme of honor, but also peace. Each mentioned the goal of never letting something as horrible as the Civil War happening again. It was very moving and I enjoyed the entire experience a great deal. I took a bunch of pictures, here are just a few. Here is the monument to the Army of Illinois. As some of you know, we had direct family members on the Hall side serve with the army of Illinois. I talked to a ranger that did some research for me and showed they were not present at this battle. The most impressive monument was the Illinois Monument: 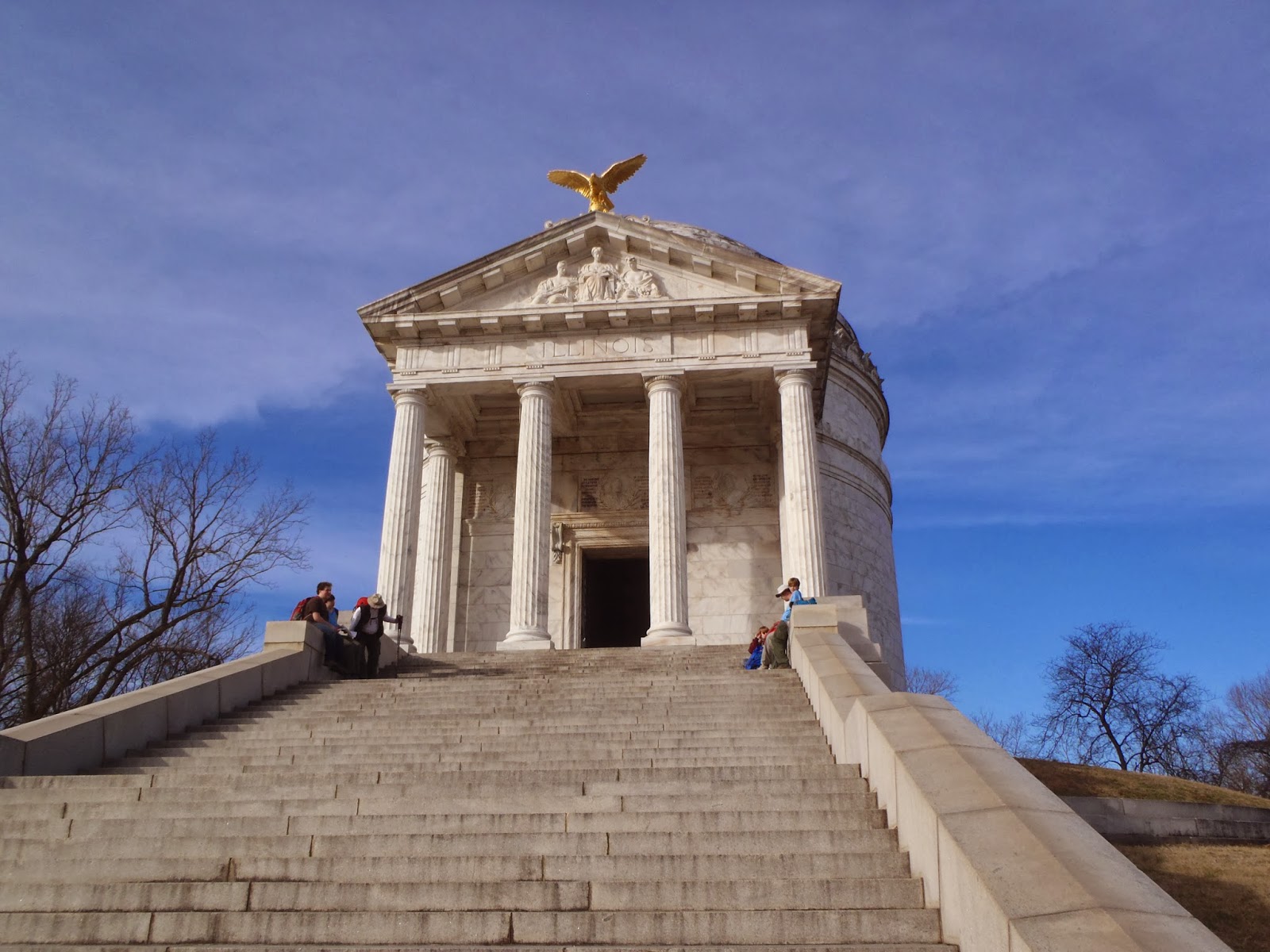 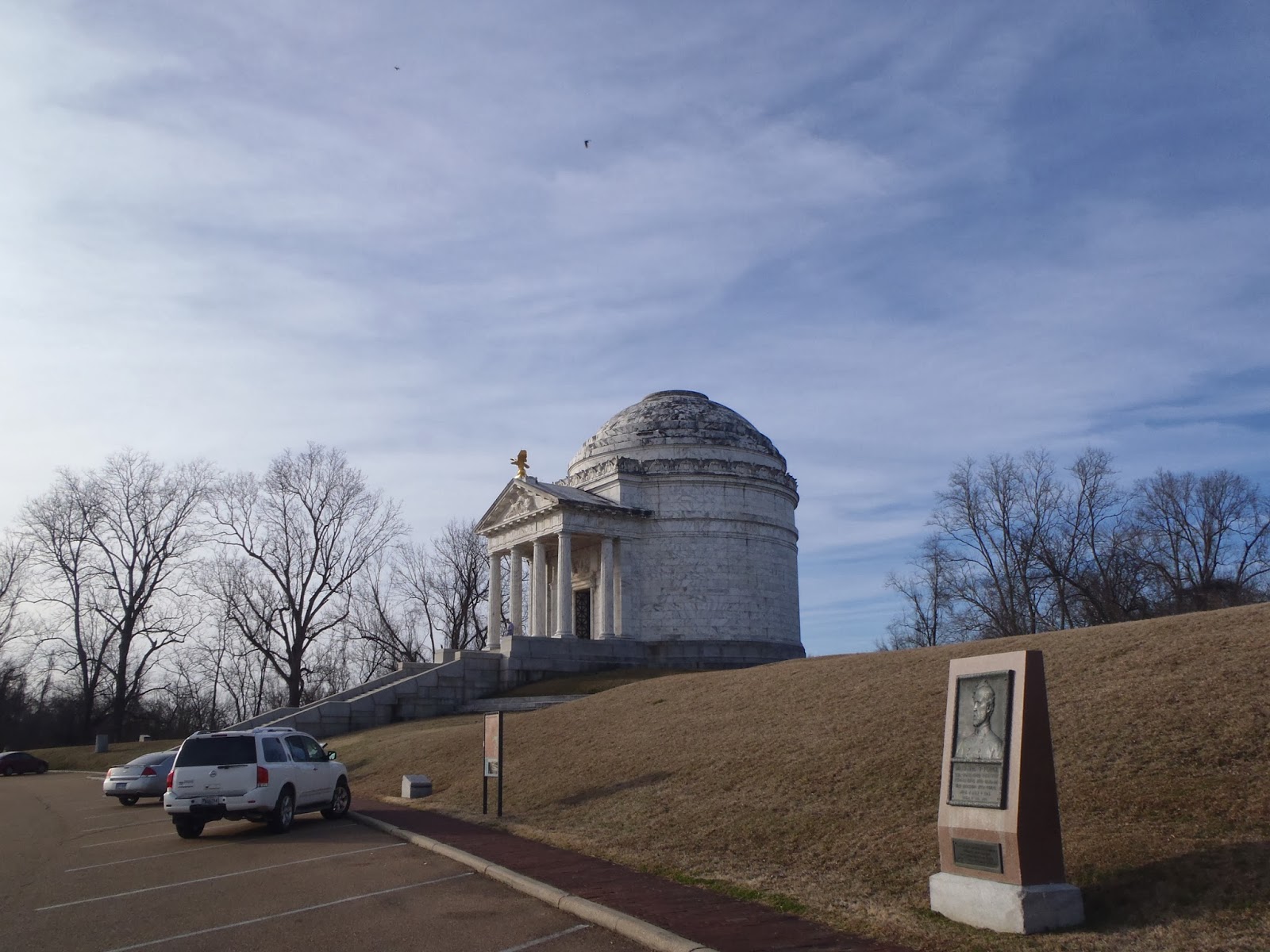 Here is the monument for Texas in the Confederate part of the battlefield. Kim being a Texas girl looked comfortable. 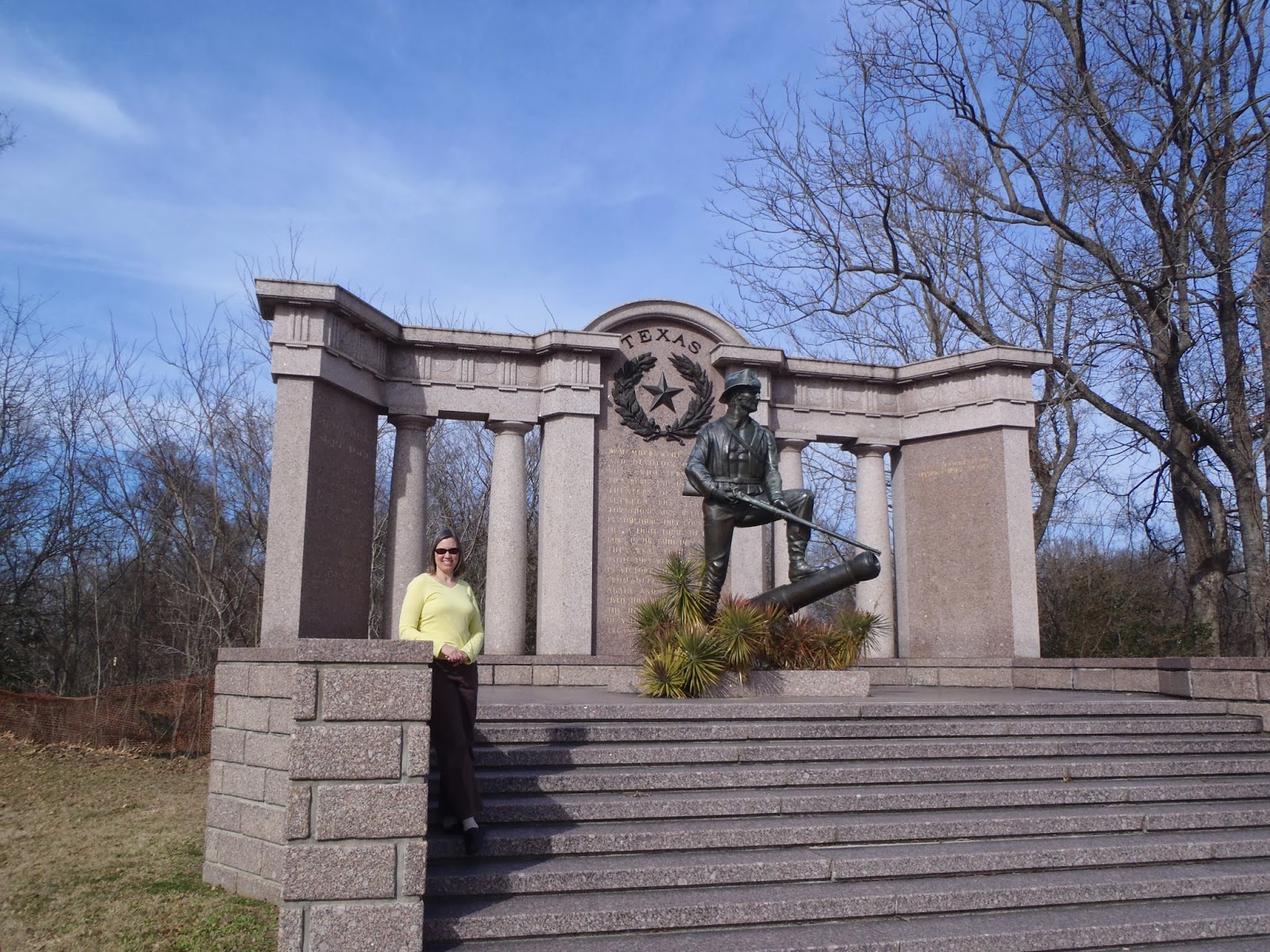 A very interesting monument was the Missouri Monument. As you may know, there were troops from Missouri fighting on both sides. Neighbors fighting neighbors. The monument was dedicated to never letting that happen again. 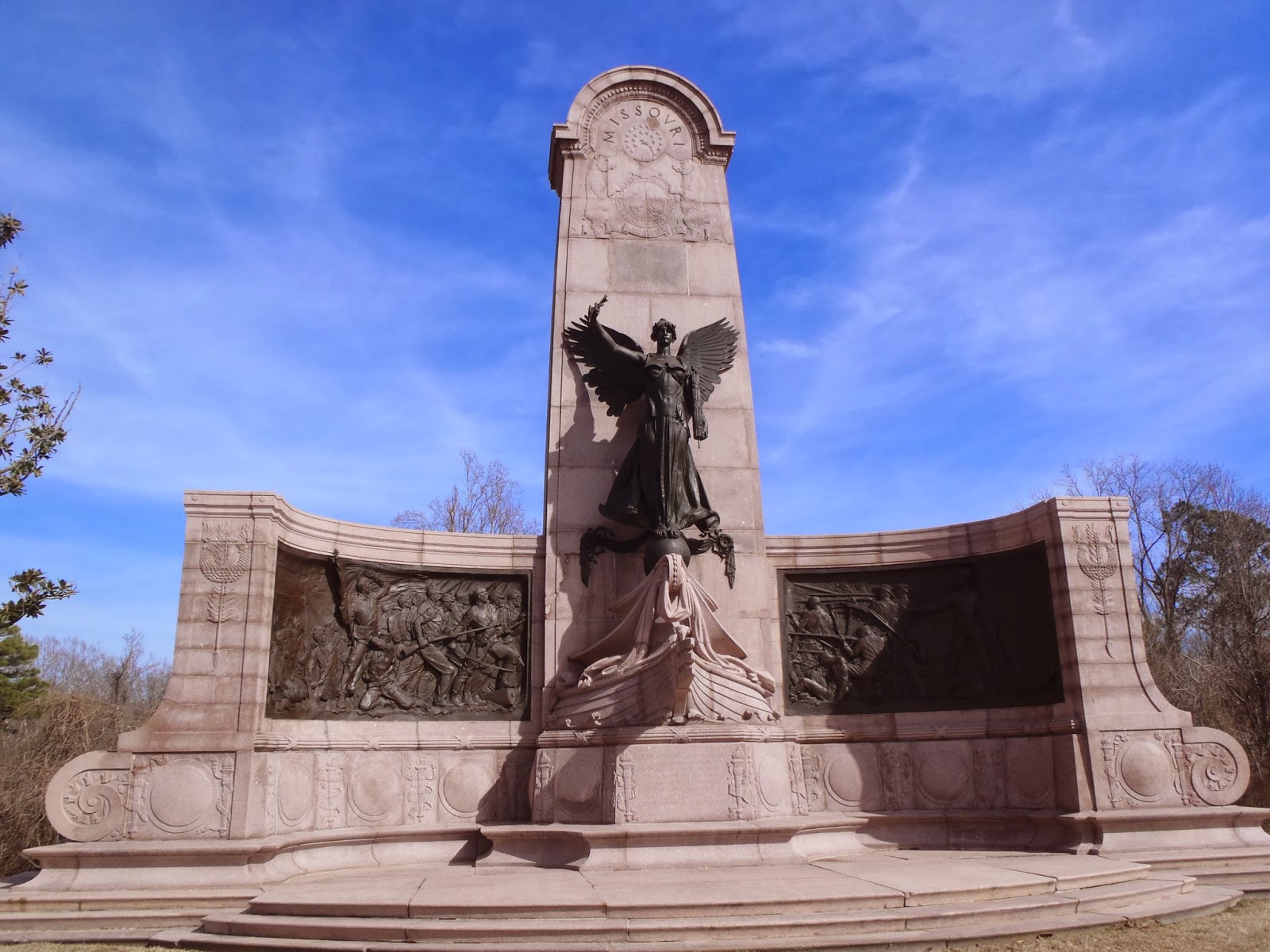 Here is a blow up of the inscription at the base: 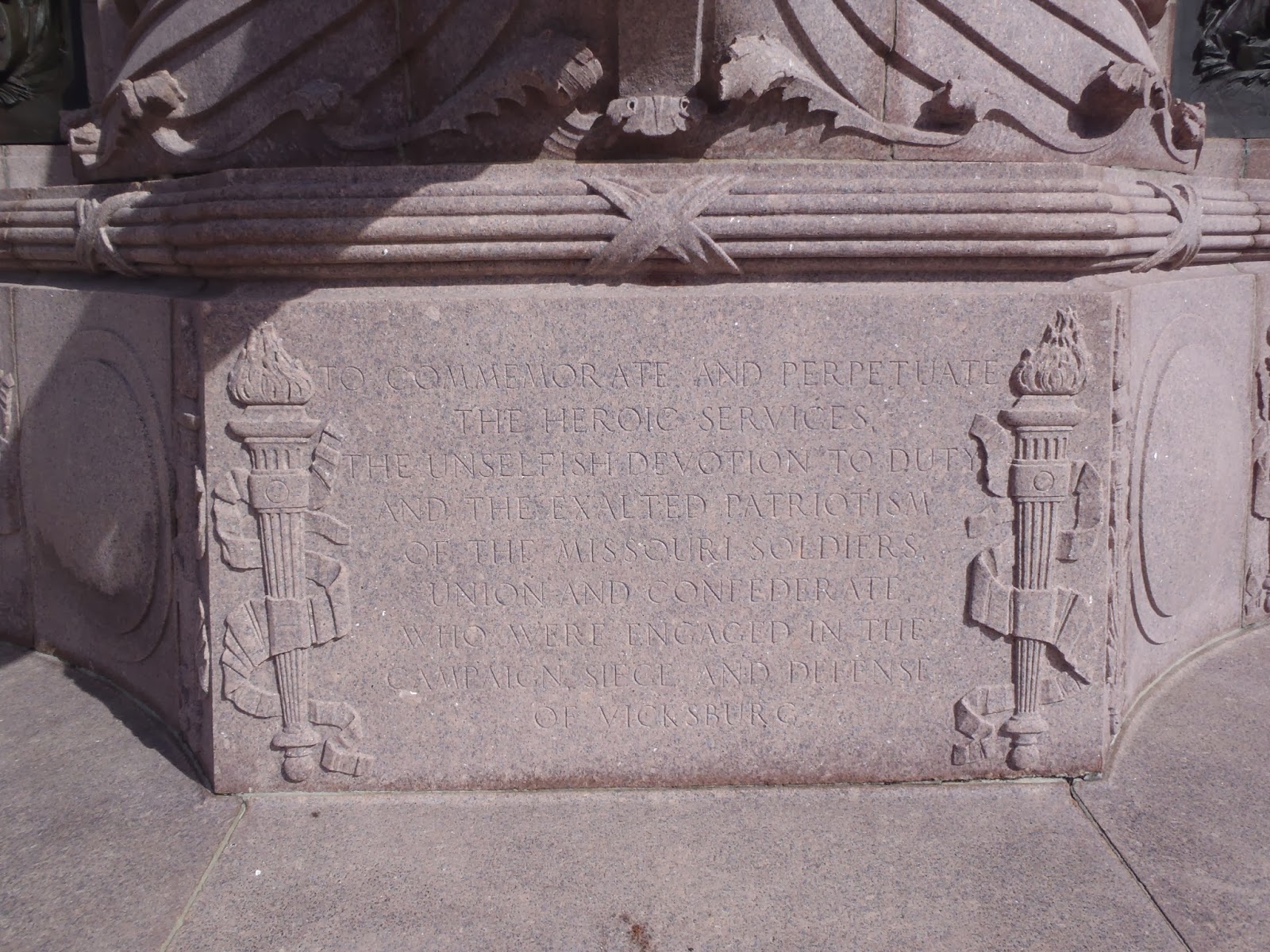 A significant part of the battle was fought by the US Navy. They had some ironclads to get by the big confederate guns at Vicksburg. A sunken ironclad called the Cairo was located back in 1956 near Vicksburg. It was raised in 1964 and is now on display at the park. Here are a couple of shots: 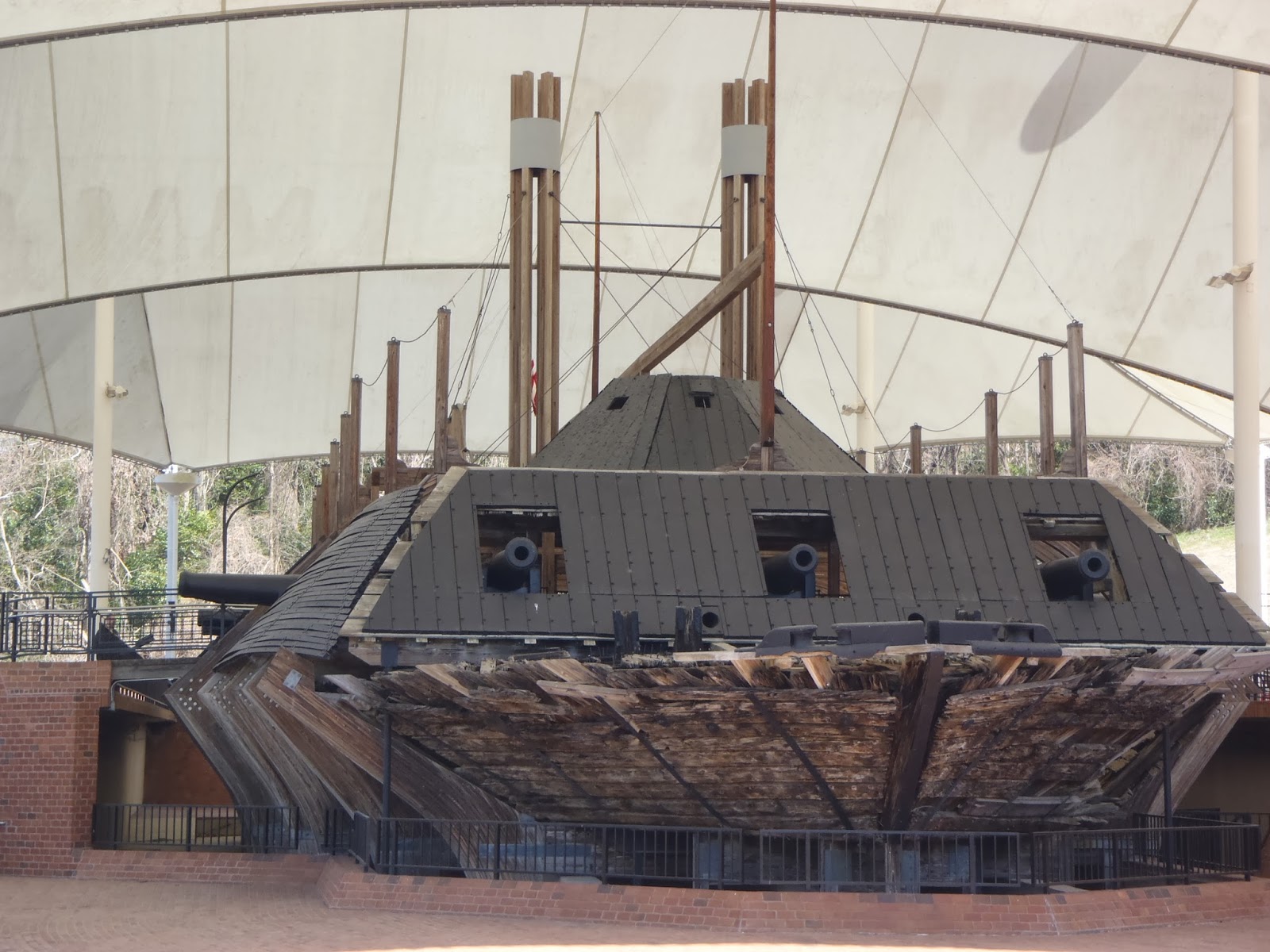 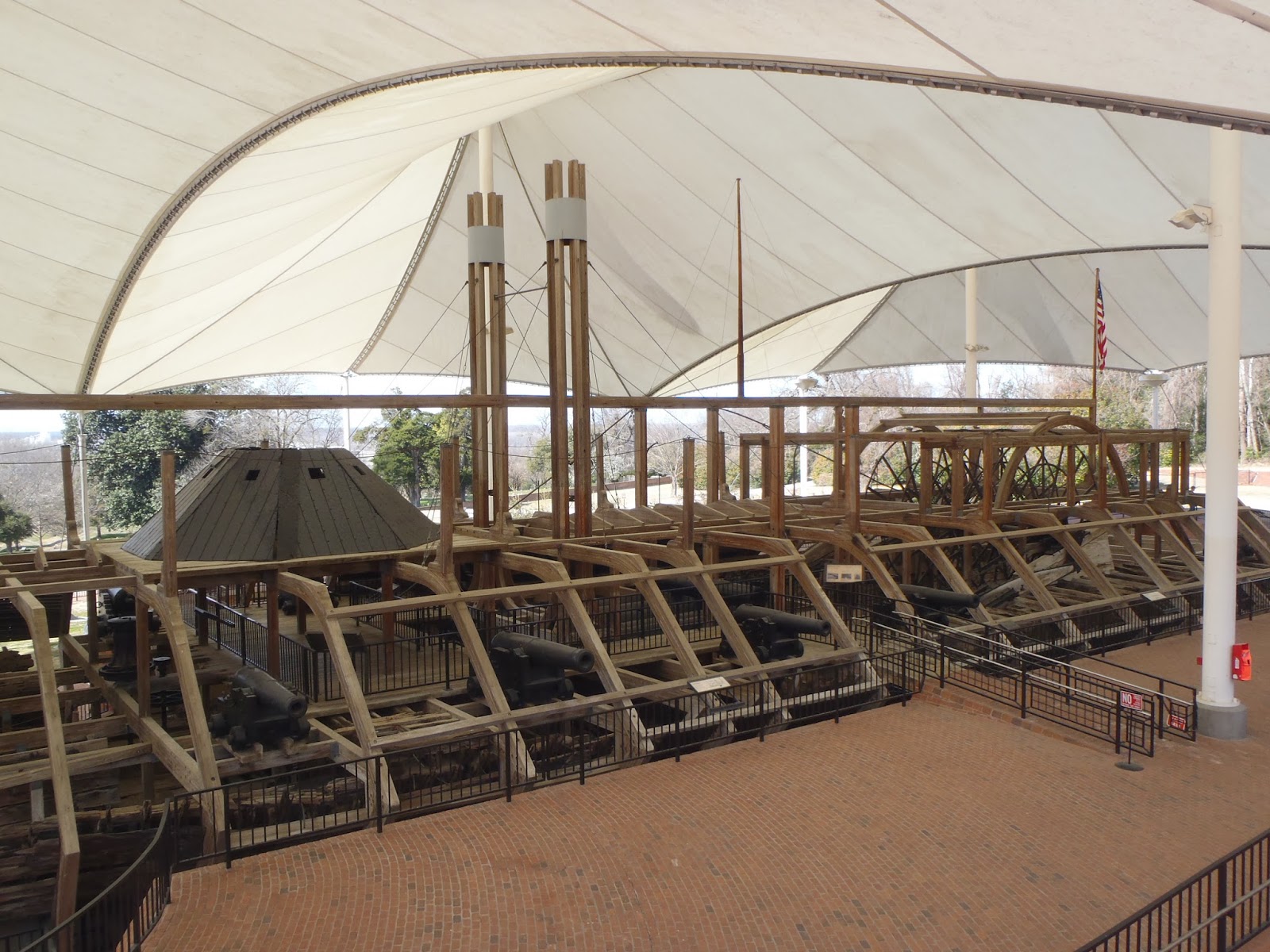 There was so much to see that it is impossible to write about it all.

We did something we had not done before. We camped in the RV park at the Ameristar Casino. We did not gamble, but it was convenient to all that we wanted to do. 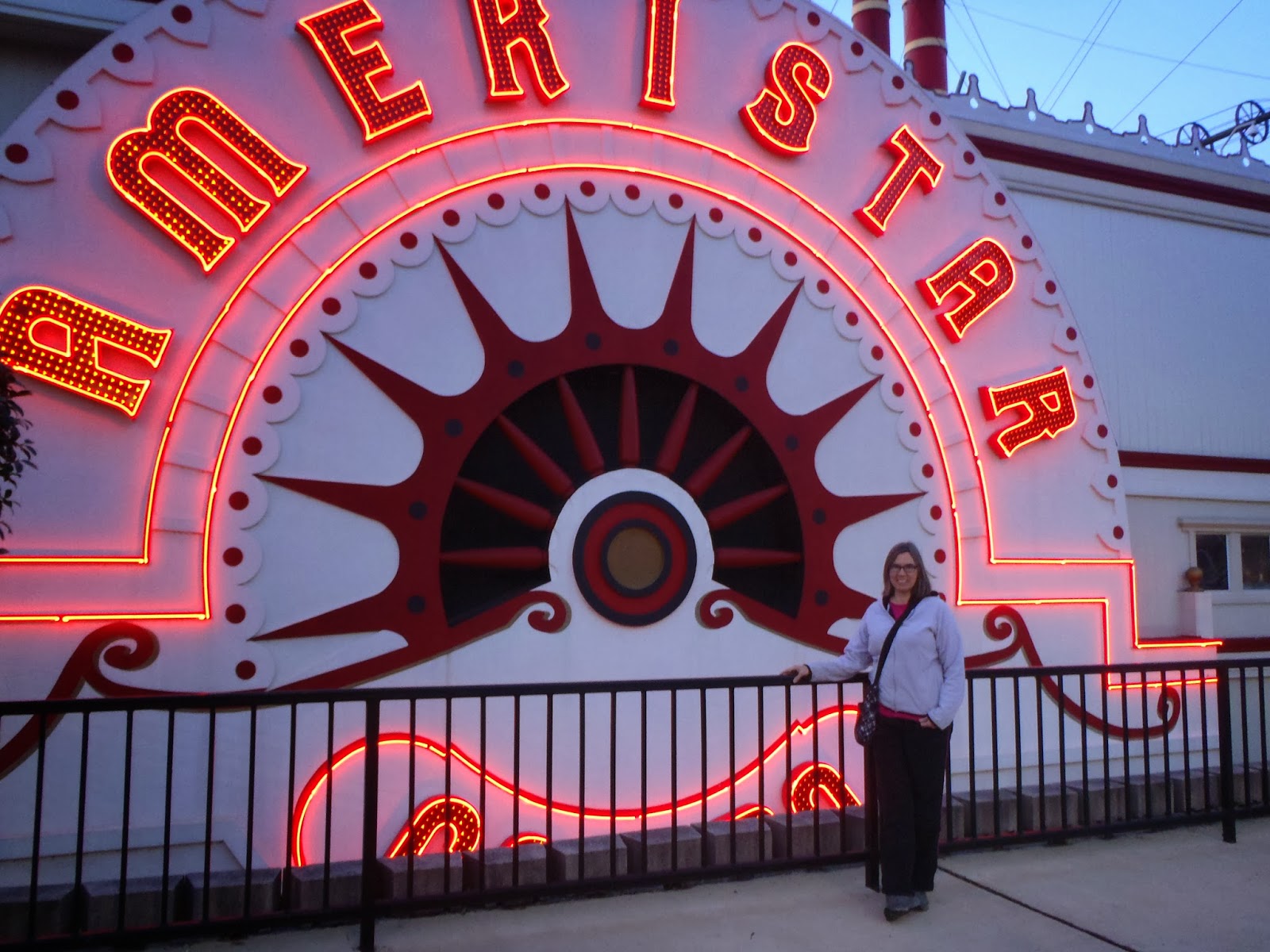 We did get to see a nice sunset over the Mississippi river brides from the area around the casino. 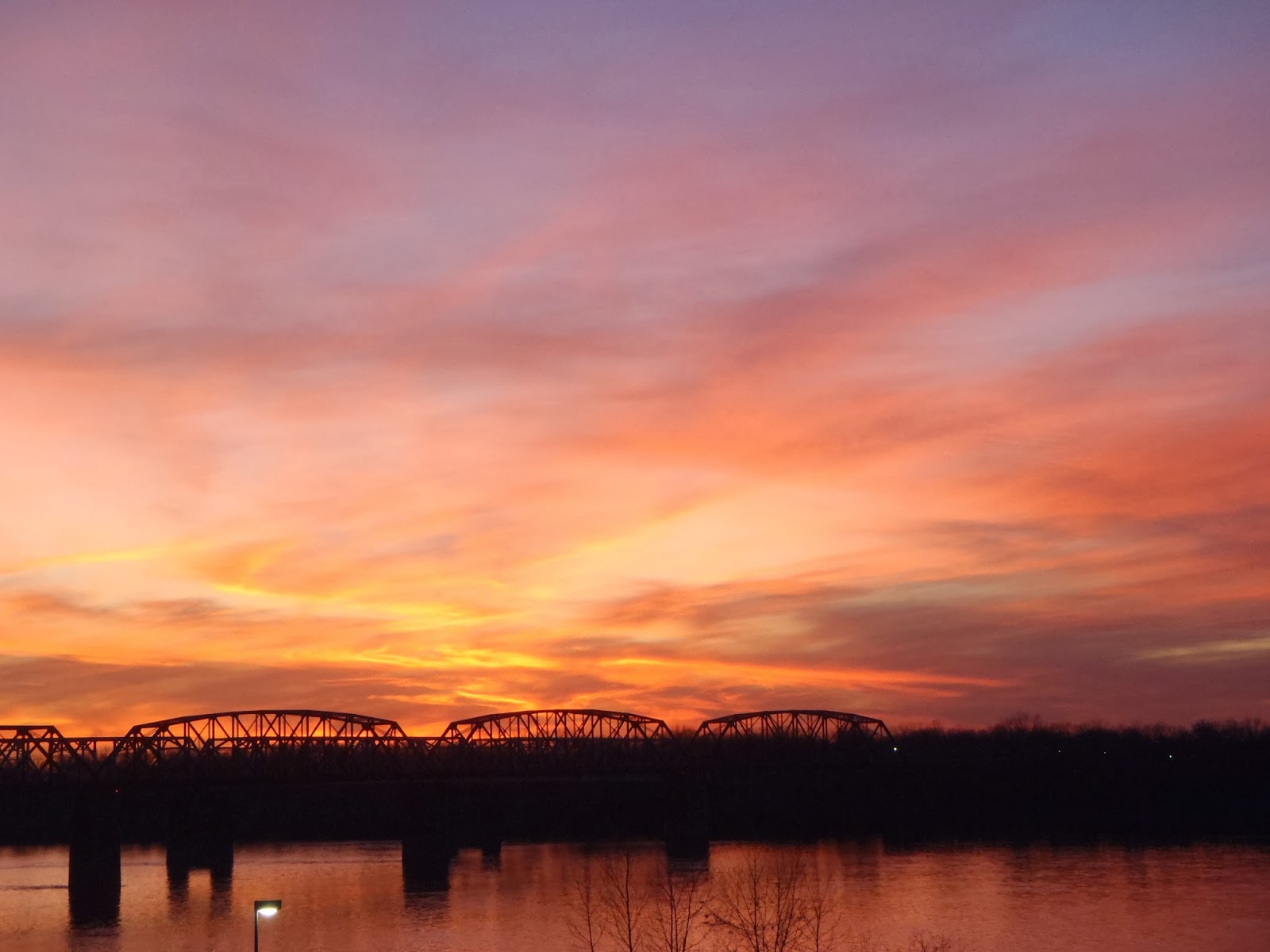 We also made a visit to the Courthouse museum while we were in town. There were many artifacts. The building was built just before the civil war and was the most prominent building in the city. 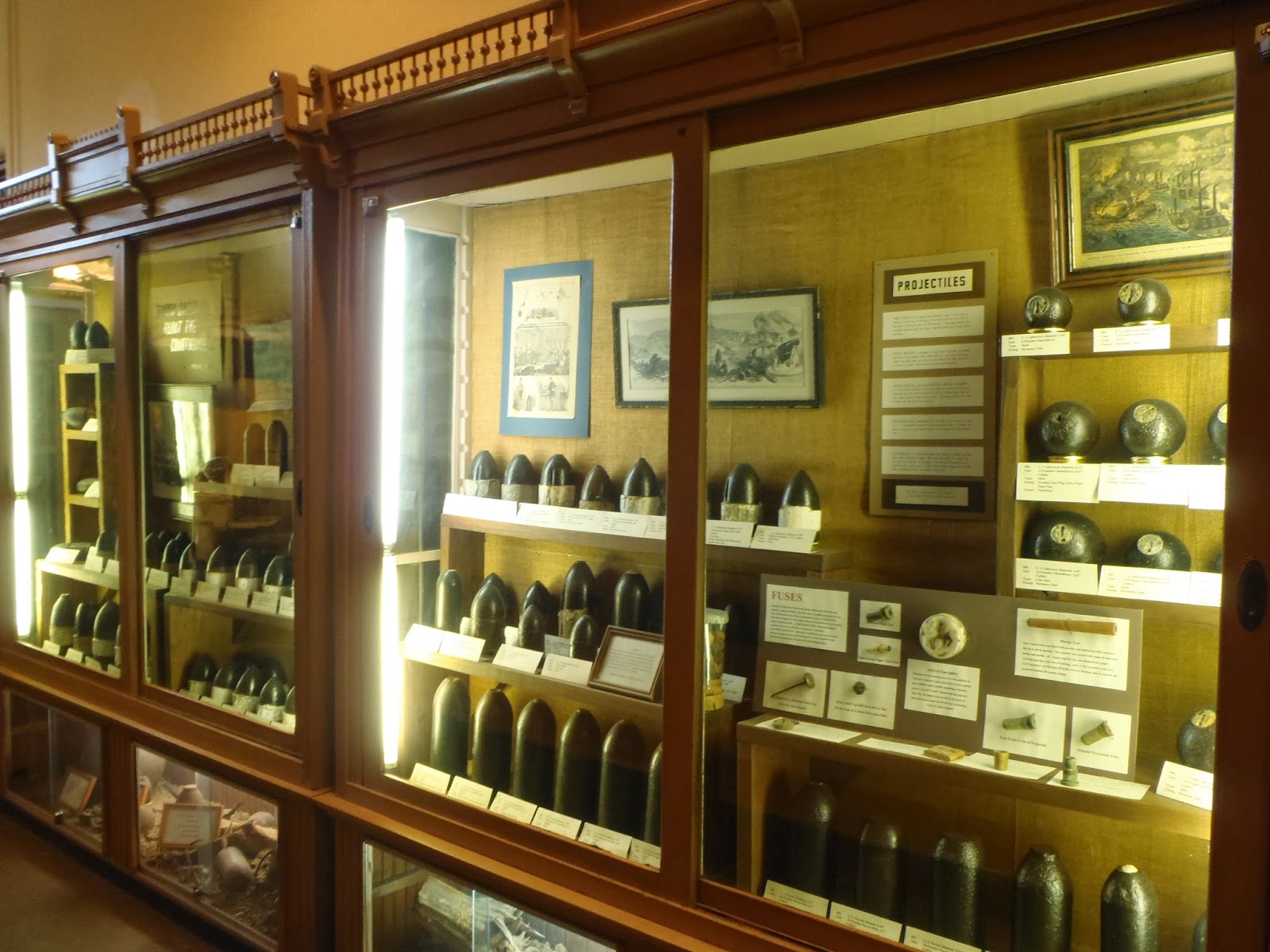 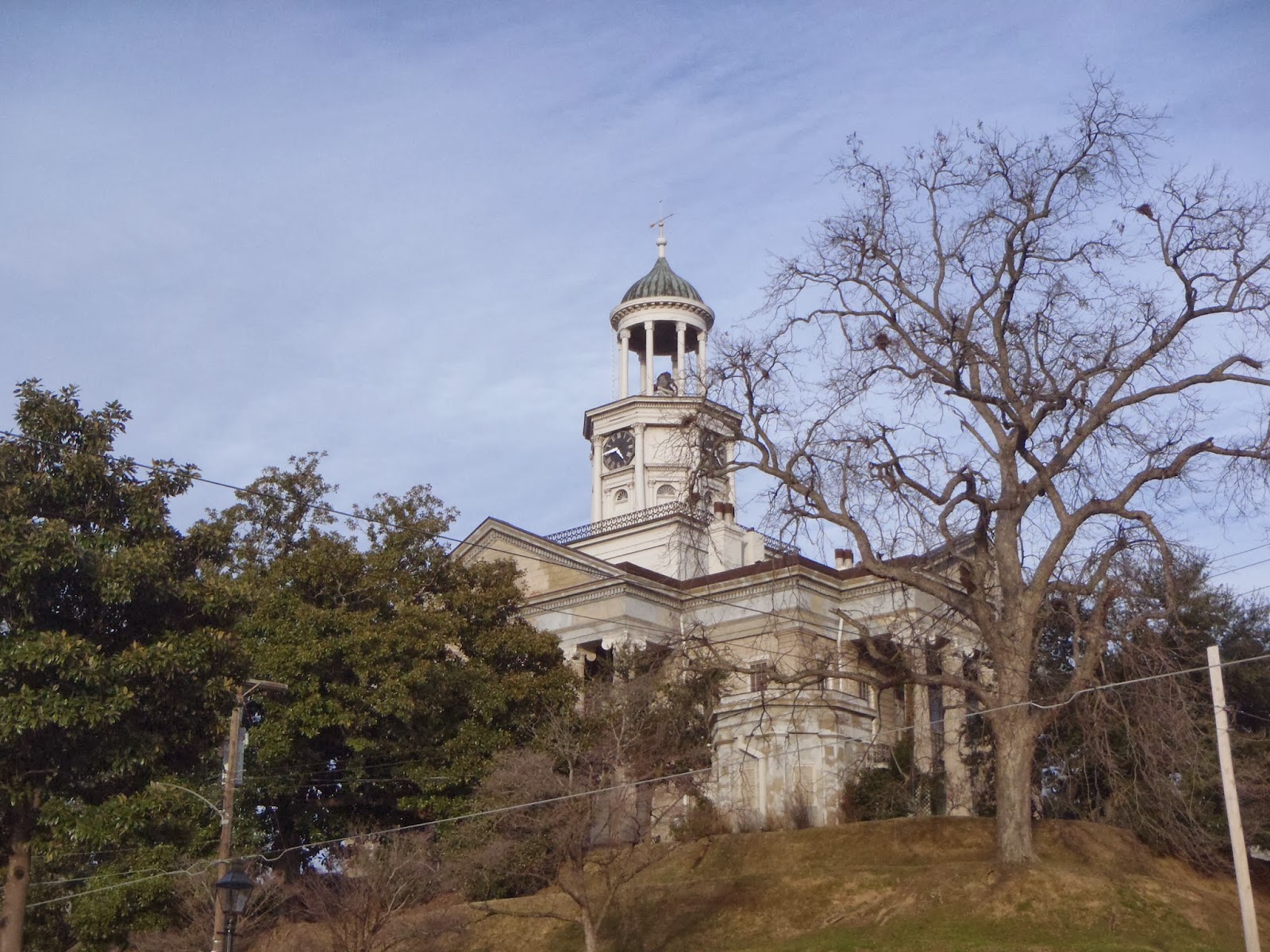 Now, about the stowaway. No pictures. We have a little friend that joined us at Percy Quin SP. It is a little field mouse. He is quite cute, but is NOT welcome. We will need to do what we need to do to eliminate the mooch.

It was a full weekend. We will leave here on Monday and head north to around Pine Bluff, Arkansas.
Thanks to all for reading and I hope you find this interesting. We did.