We have been back at the ranch since June 28. The last day we were at Bull Shoals, Kim and I took a paddle around Beaver Creek that was out our back window. We had a great time. I fished and Kim kept the boat in place. 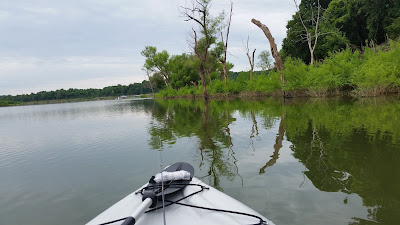 When we got back to the ranch, Two local Professionals Riders were at the ranch training for the week. These are two awesome young men and we really enjoyed hanging out with them and watching them ride and train. They will be riding the National Enduro in Pennsylvania in a couple of weeks. Harrison is 23 and Logan is only 17. Man can they ride motorcycles. I wish I had a camera when I was watching them, I could have gotten some great shots. A few local riders came out to train with them also, so things were busy for the first week we were here. The temps were in the low 80's so that was nice. I even got some riding in.

One thing that I have to do each year is take Kim to a fireworks show. We were thinking about going down to the big show in Rockaway beach which is about an hour and a half drive, but on the 4th a friend told us about the smaller show up in Hartville. That is only about 30 minutes away. Kim gave the nod to Hartville.

We got there at about 6PM and enjoyed the free food including ice cream. 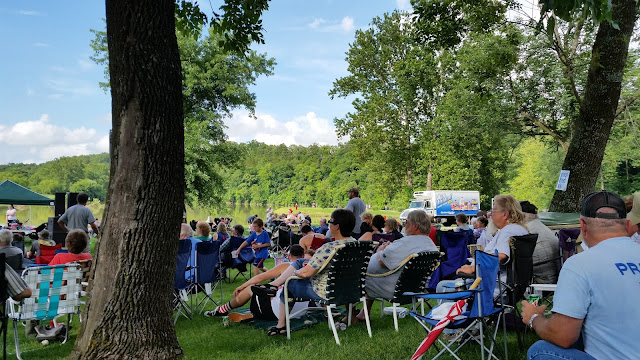 They had a couple of local Gospel and Blue Grass Bands playing on stage. It was a very friendly atmosphere. The event was made possible my many donors and volunteers. 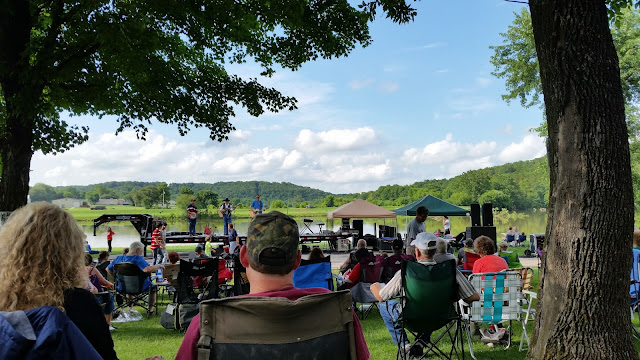 We found a place along the lake to see the fireworks. They had someone tell the history of the town and lake and park. It was very interesting. They have a nice park along the lake. 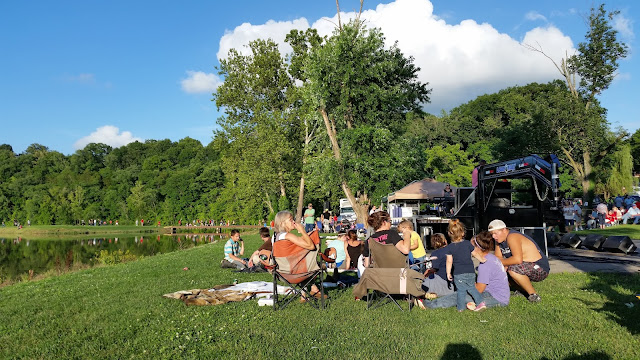 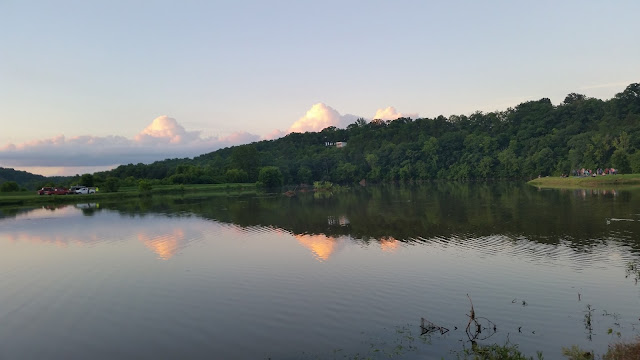 The fireworks show was better than I expected. It went on for over 30 minutes. The only problem was there was not a whisper of wind and the smoke held down in the valley and over the lake. The result is that the fireworks were obscured by the smoke. Oh well, I still got credit for taking Kim to the fireworks.

I was also given extra credit because I showed patience when we left. I didn't even start the car, and just sat and played on my phone until the traffic had cleared. I hate crowds and usually am at my worst when we are leaving a crowded venue and get stuck in traffic. See, retirement has made me a better man. That is my story and I am sticking to it.

Kim and I have been discussing many things related to our lifestyle and potential upgrades and purchases. Every time we discussed it, things got back to the fact we were not sure how we stood on the weights of both the trailer and truck. I have not been sure if we were overweight Vs. the maximum payload ratings. I have been told by other RVers that we were way overweight. So, yesterday we hooked up and went about 30 miles to Cabool to get on a Truck Scale. I weighed the truck by itself and the truck and trailer together with and then without the Suzuki DR 650 on the rail on the back.

The good news is that we are below our weight limits on both the Truck and Trailer. That was a relief. Now we will proceed with some changes and upgrades I will talk about in future posts.

When we got up today, we saw a big storm approaching on radar. When it hit, things started flying. We had some significant straight line winds. We had a few large branches rip off of trees and at least one large tree go down. 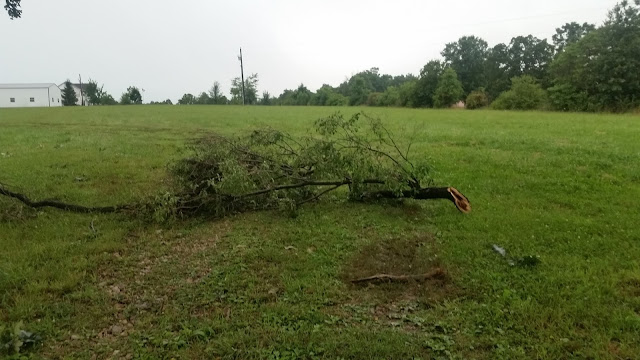 I made a trip into Mansfield and saw this large old tree had been uprooted. 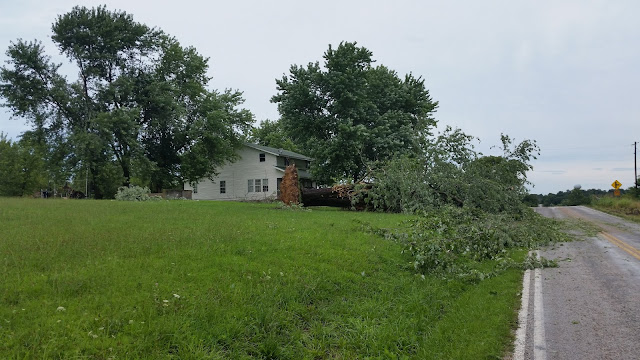 We were fine other than dealing with no power all day. We finally got power back at 5PM. Of course we are better suited than most living in the Ti. The only issue was that I had emptied my fresh water tank the previous day to get weighed. You should always keep some water in the tank for just such occurrences.

Kim and I went out for a tour of the property on the side by side. We saw very little damage, but we did see this large snapping turtle out in the middle of a field. 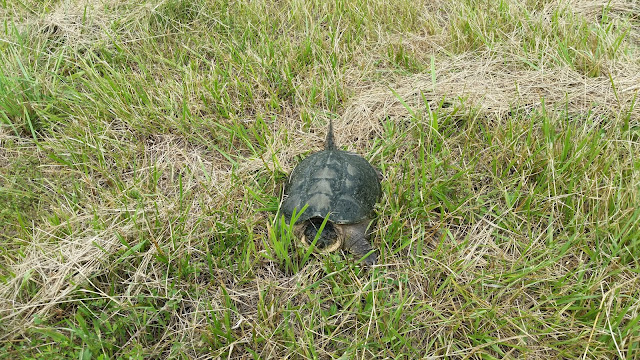 The best thing about being at the ranch this time of year is the berries. We have bushes all over the place and I took advantage of the cooler temps today to do some picking. 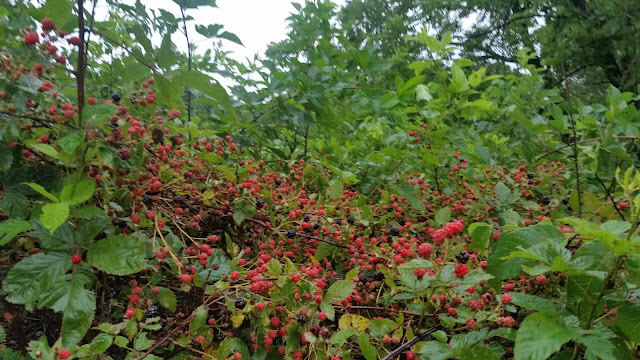 Well that is what we have been doing over the past two weeks. We have established a new travel plan for the coming months. We will stay here for another week and then go back to the lake for 2 weeks. I have a paddle planned for this coming weekend on the Buffalo National River. I can't wait! Then we will make a trip to Colorado to see my parents in early August. We will stay a month or so. Then we will return to Missouri for the fall riding and racing season. Then in December we will depart for another extended trip to the western US. Follow along and I promise to write more often.
Posted by ktmissouri at 8:33 PM