Our oldest Grandson is Jacob. Shannon, his mom, brought him to the lake on Thursday, July 21 and took Will back home. We love spending time with all of our grandchildren, but it is very special to get them one at a time. Jacob is now 12 years old and has decided to no longer use that name. He will forever be called Jake. Jake is a very special person. He has intelligence that is very often times amazing. We stared seeing that in him at a very young age. He also has times where he will fixate on things to the point where he gets very repetitive. When he moved back to Missouri to live with us, Shannon took him to be evaluated. They diagnosed him with Asperger Syndrome. The diagnosis has been very good for everyone in the family. We have studied the condition and can better understand what it going on with him. We are positive that he will do something amazing in his lifetime.

Here is the best picture I was going to get of Jake: 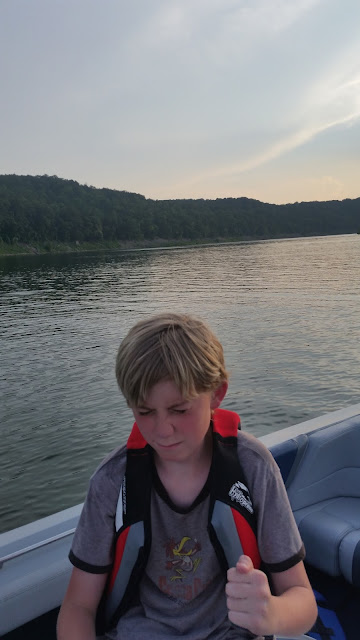 In the 4 days that Jake spent with us, we went out in the boat every day except one. We really needed the day off from skiing and the sun and heat. We watched a bunch of movies and watched some TV.

While he was here, we went out in the boat and talked him into taking a ride on the tube. While he was riding, we hit some other boat wakes that were a little larger than I thought. His tube went airborne. He landed just fine and Kim caught the whole thing on video. I clipped a couple of stills out of the video. 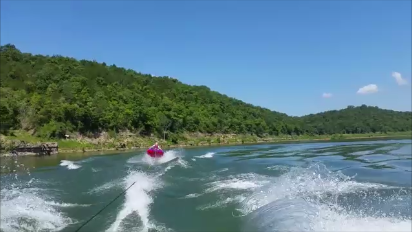 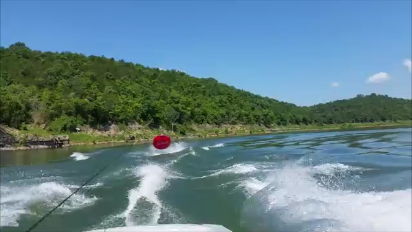 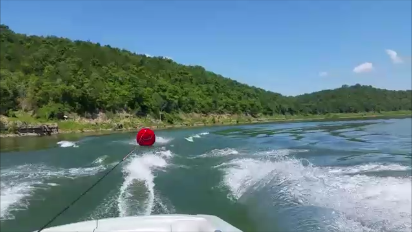 
One of the things I miss about my youngest son Mark are involved conversations about all kinds of taboo subjects like politics or religion. The last night that Jake was here we got on the subject of politics. He amazed me with his knowledge of all of the candidates and the issues. He told me all of the state candidates as well as the national ones. He knew which party they were in and what their opponents were saying about them. He has formed his own opinion of which ones he would vote for and which ones he does not like. Remember, he is 12. I loved our time together.

While Jake was here we had some nice sunsets. I did get one shot I liked. 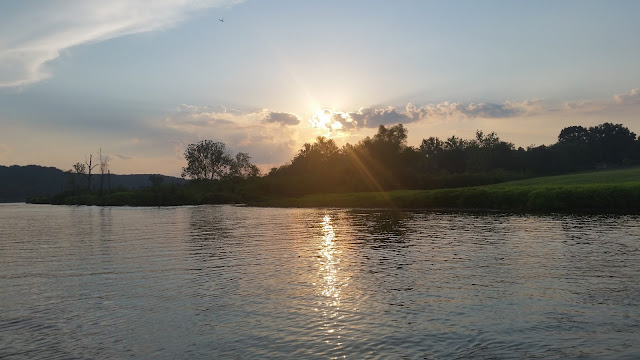 Don't try to clean your screen, that is a dragon fly in the upper portion of this shot.

We really enjoyed our time with the kid formerly known as Jacob. As with all of the grandkids, we can't wait to see how life turns out for him. I am sure one day we will see him on the news. I am betting it will be for discovering the cure for cancer or some other major contribution to life as we know it.

Next up, time with Isabella and Eve. We have a forecast for cooler temps, but some thundershowers. We are hoping to wrap up our time at the lake with some more skiing, fishing and some paddling thrown in for good measure.
Posted by ktmissouri at 10:52 AM