This entry is being written on December 23. I am still playing catch-up from our time in Big Bend National Park. We are now at Davis Mountains State Park. We have found plenty to do here also, so it is going to be a number of entries to document our activities and catch up to the present.

December 17 was a very windy day. It was still fairly warm with highs in the 60's, but the cold front was coming. They were predicting lows in the mid 20's over the next few days. I did forget to mention something in my previous posts. They do not allow generators in the back country camp site. Not at all!We do have good batteries and one 100 watt panel. They did pretty well, but with limited sunshine over the next few days they would be challenged. We had to stay conservative, but they never got below 70%.

I rose early on this day and watched the sunrise over the Sierra Del Carmen. The illumination of the Chisos mountains was a sight to see. 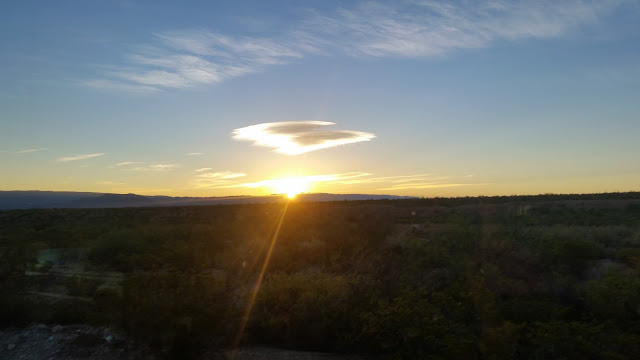 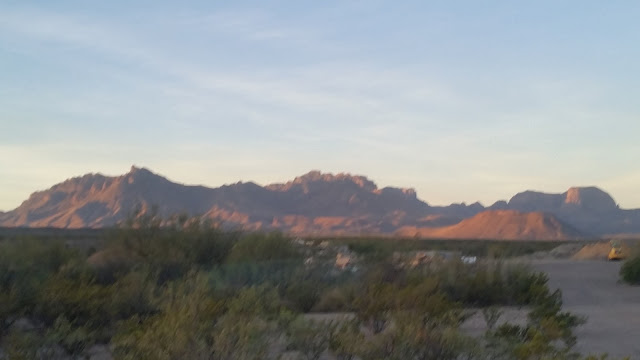 We decided to go ahead and make the drive up to the “Basin” of the Chisos Mountains. This is the center of BBNP. The mountains rise out of the Chihuahuan Desert and are very impressive with large rock formations and wildlife that is not found any other place in the US. 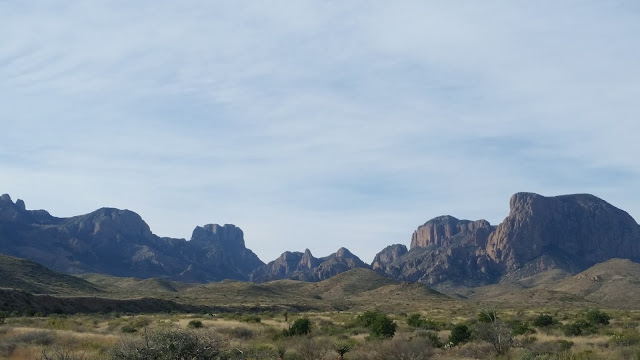 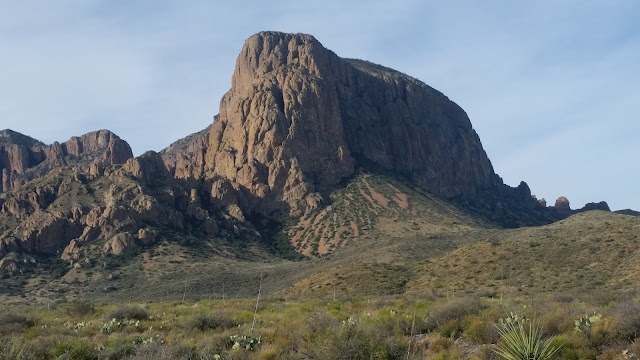 The road went up through an awesome canyon. I just kept taking pictures. 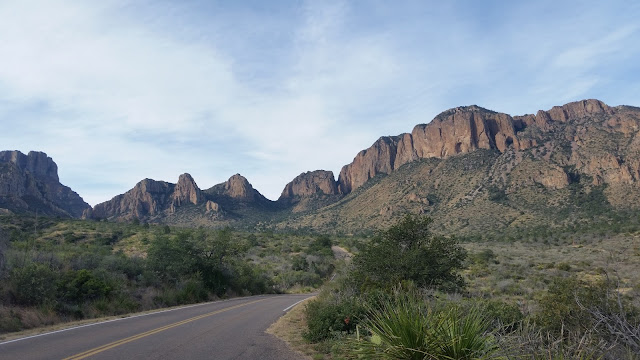 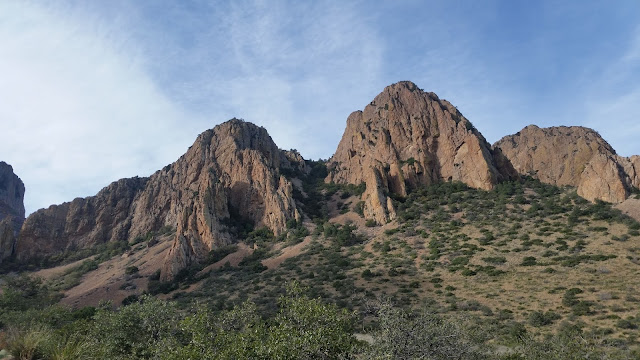 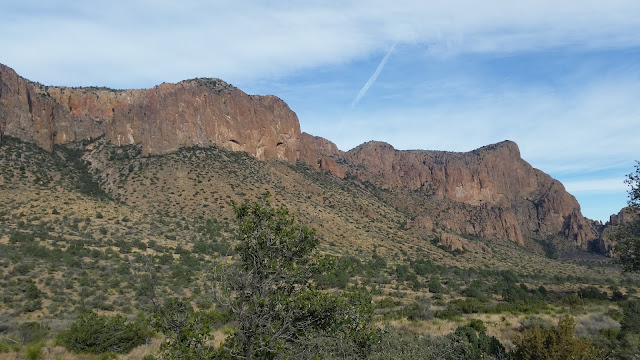 We crested the top and then the road got very steep and twisty. There are no large trailers allowed on this road. We then got our first view of the entire basin with the window on the far end. Rain water that falls or water from springs drains through a water fall in the window. You can see the campground that is for small RV's and tents in this picture. 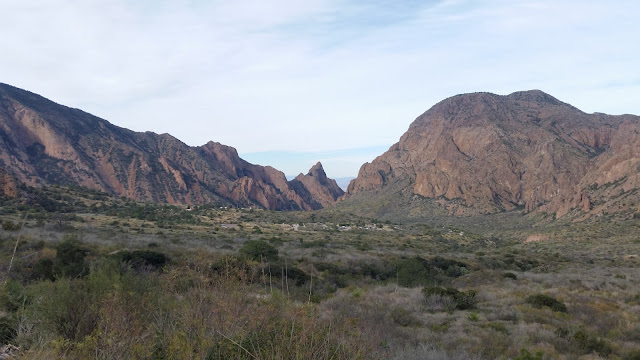 We took a short hike to get a better look at the window. 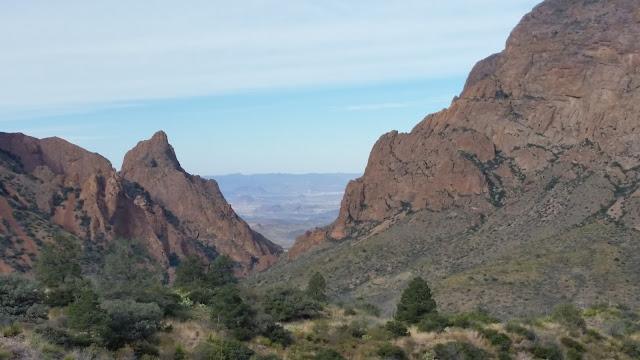 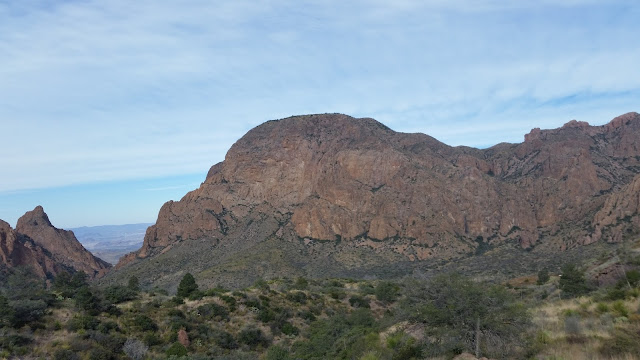 We got back to the truck and I was wanting to hike some more. Kim decided that reading in the truck on this very windy day was a better option. I chose the basin loop trail (2 miles) and headed out. The scenery all around the basin was amazing. 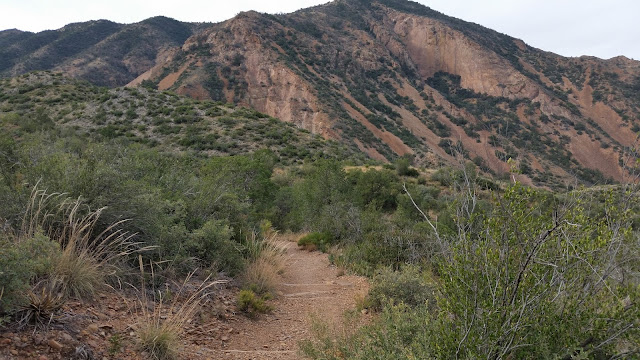 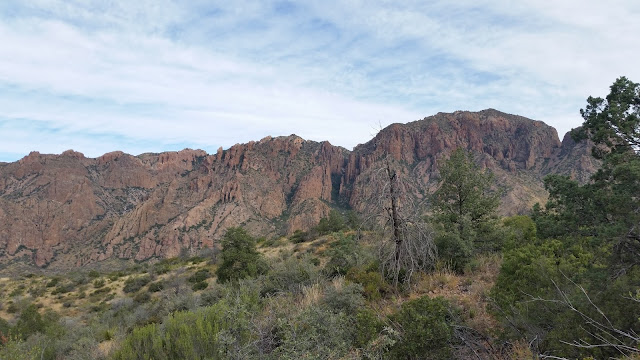 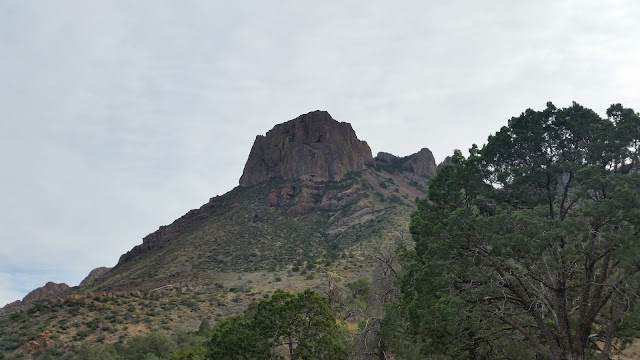 There is a lodge in the basin that was originally built by the CCC. You can see it in this picture. 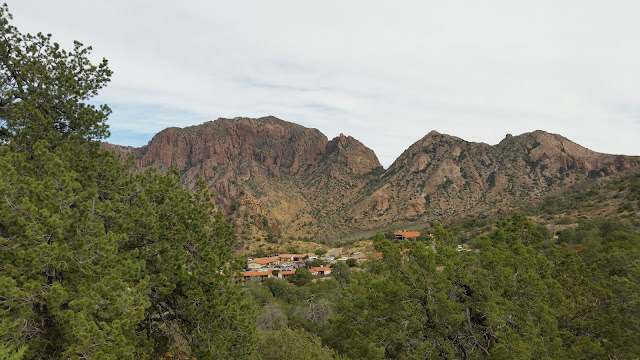 It was a very nice hike and the wind was not really that bad. We took a walk around the lodge and gift shop. Nice, but not our thing.

We then started the drive out of the basin. Just as I said, “I wonder if they ever really see bears here”. There he was. A Mexican Black bear coming down the slope. I did not get any great shots of him, but we did get a very good look at him. I say him because a ranger told us that most of the female bears are in dens having babies and he was quite large. 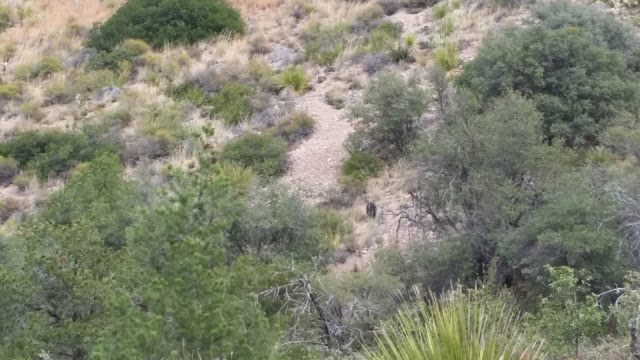 It was good that we both got to see it and Kim appreciated the fact that we were in the safety of our truck.

We headed back to our campsite and got prepared for the cold weather to come. I decided to take a hike out through the open desert, which is allowed in this National Park. 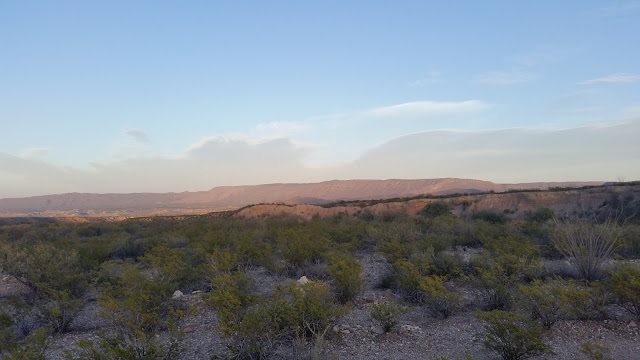 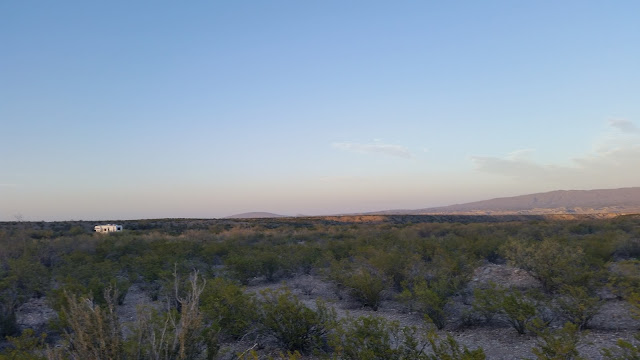 I saw a number of interesting plants. All of them had some kind of spine on them. The good news is that the lack of water requires some spacing between plants, so you can pick your way through without getting impaled. 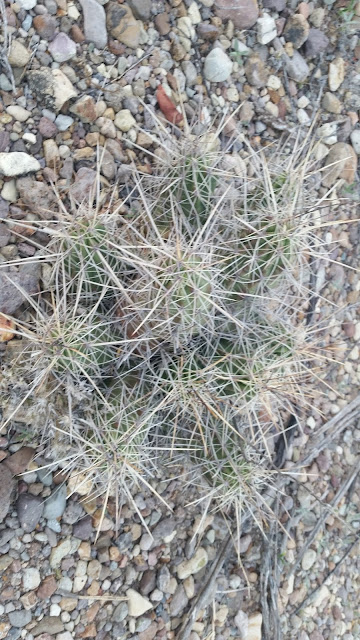 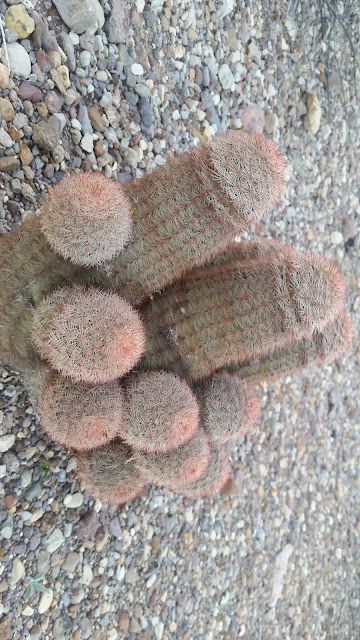 I was treated to a beautiful sunset on my return trip. 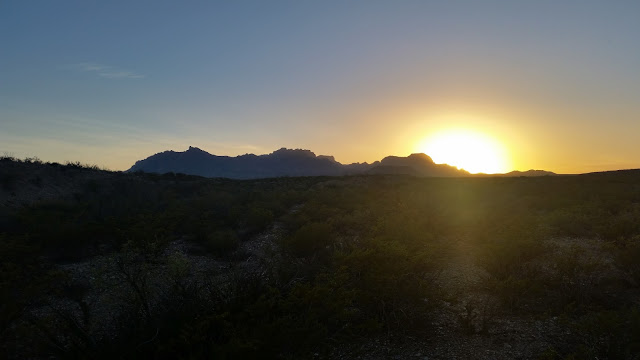 We had a very busy first two days at BBNP. The temperature the next morning was 25 degrees. We ran the propane heater a few cycles to keep the trailer livable. It warmed to about 40 degrees during the day, but we were happy just hunkering down and reading. It is nice to take a day off once in a while.

On December 19, we decided to head down to Rio Grand Village and check out Boquillas Canyon. I will write about that in my next entry.