I am still a bit behind on this blog. We are now at City of Rocks SP in New Mexico. It is a place I have wanted to visit since I saw a post by a fellow blogger a couple of years ago. I will be writing all about it in coming posts. For now, we go back to the point where we were leaving Big Bend NP.

On December 21, we hitched up and left BBNP. We loved our camp site in the desert, but even though we had one more day on our permit, we decided we wanted to make one more stop before we got to Las Cruces for Christmas. This is known as one of the best State Parks in Texas and we can see why. The park was originally built by the CCC back in the 1930's and is very different. The park is nestled in a canyon with tall mountains all around. We even have trees! We parked along the dry river, but had this section of the campground to ourselves. 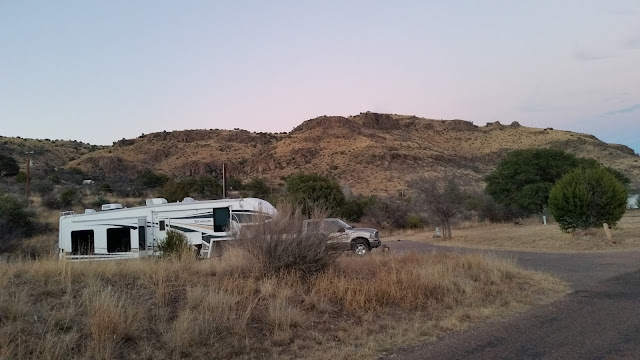 The SP has a lodge that was built by the CCC. It was recently renovated and the decor was set back to the way it originally looked. We did not go into any rooms, but it looked nice.

After arriving I made a quick trip to town (2.5 miles) to get a few items. A older gentleman came over to me in the parking lot of the grocery store and asked if I would like to buy some tamales. Kim had just told me that she was hungry for some tamales. I bought a dozen and we enjoyed most of them for dinner. They were quite tasty. Once again, this is one of my favorite parts of this lifestyle. We get to eat whatever is available locally. This time it is Mexican foods.

The next day we headed back to Fort Davis to tour the fort. This fort was active from 1851 to 1891. with a break in there for the Civil War. We started by watching a film which was narrated by Kareem Abdul Jabbar, the hall of fame basketball player. He is very interested in black history and the fact that the fort was manned mostly by "Buffalo Soldiers" gained his interest. The film did a great job of telling an unbiased story of the fort and the Native Americans in this very turbulent time. History is history, let's just get it right.

Parts of the fort have been restored and have period artifacts added for information and education. Other parts are just the ruins of buildings. The fort was left to rot from 1891 to 1961 when it became a National Monument. As they get more money, they will restore more of the old fort. 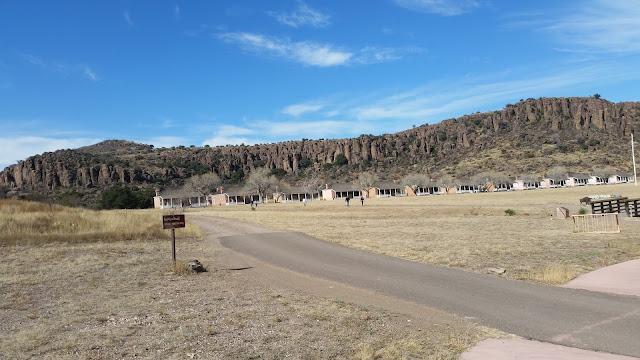 You can see in the picture above of the enlisted men's barracks the beautiful rocks that make up this box canyon. 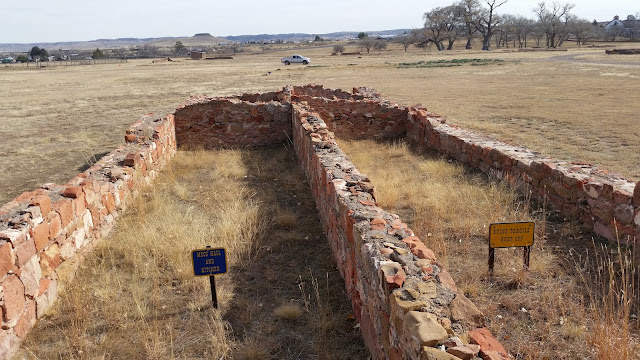 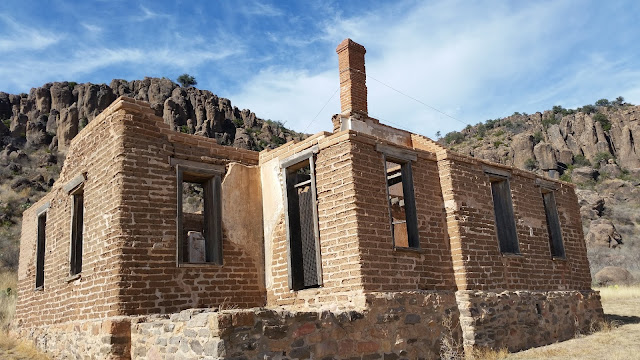 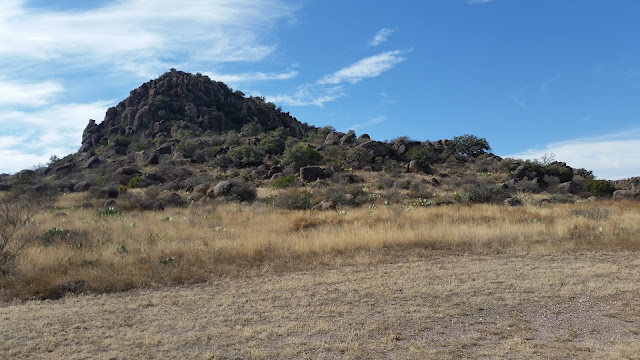 I was really as impressed by the natural beauty as I was the fort, but that is just me. 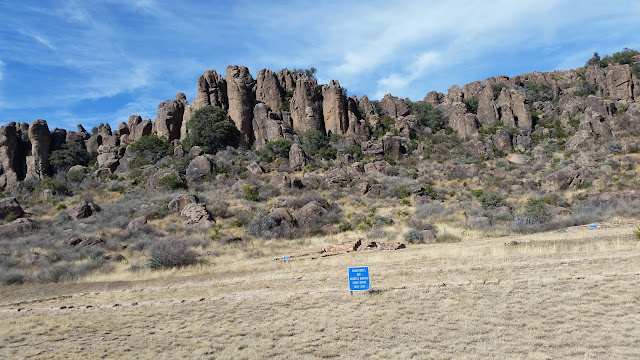 It was worth the visit. That evening we went up on the skyline drive in the SP to see the sunset. The sky did not disappoint. 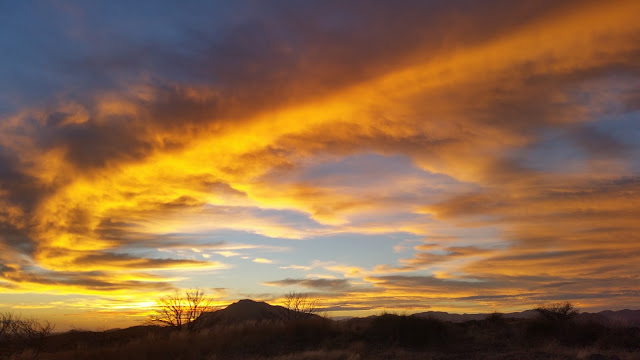 After the sky was done with that show, we drove the rest of the drive to see an enclosure that was built by the CCC. Much to our surprise, they were having a star party up there hosted by the SP. The stars and view from up on top were amazing. The Star Party was OK, but mainly focused on the stories behind the constellations. We got cold and headed home.

The next day we decided to go to McDonald Observatory. The observatory is run by the University of Texas in Austin. It is only 16 miles from the SP. We were not able to get tickets to the evening star party, so we did the afternoon program that was started by a 40 minute, very technical lecture on light space and dark matter. Interesting for me, but I can see where many would be disinterested. We then went and took a tour of one of the oldest telescopes that is still in use and then their pride and joy. The Hobby - Eberle  Telescope is the third largest in the world. 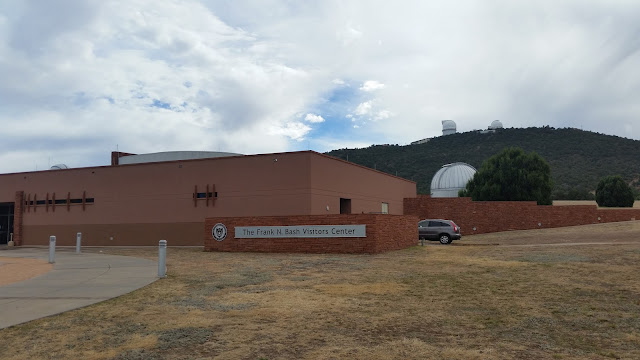 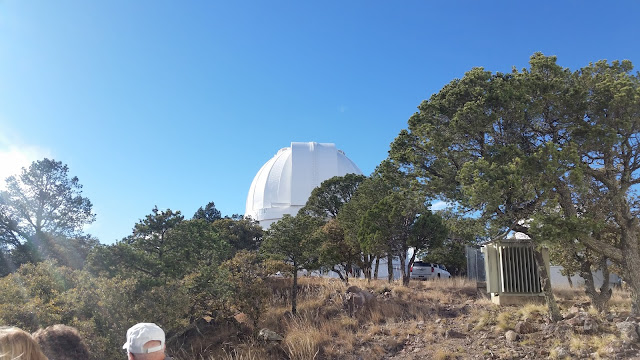 We enjoyed our tour, which was only $8 per person. I did learn a few things and will know more of what they are talking about the next time I watch "Big Bang Theory".

We had a full three days at Davis Mountian SP, but Christmas was fast approaching and it was time to move on. In my next entry, I will document our time in Las Cruces.
Posted by ktmissouri at 11:35 AM