It has been over a month since I have written in my blog. We have been at the ranch in Missouri for more than a month now. We really like it here, but we do miss traveling. I have trouble getting interested in writing because I feel like our life is uninteresting. We live almost like "normal" people.

It is amazing how fast you get into a routine which includes getting involved in all of the normal local activities. We have been spending time with the grand kids and helping out with baby sitting when we can. We have made numerous trips to Ozark, which is about an hour away, to see baseball and softball games along with other activities. Baseball is now over. The summer is getting hot and we are ready to head to the lake, but we have a big problem. We normally like to boat on Bull Shoals Reservoir. Here are a couple of COE parks we like to park the trailer. The water is still up around 40 feet. It does not look like we will be going down there this year.

We can put the boat in Table Rock, which is only about 20 feet up, but we do not like that lake nearly as much due to the boat traffic. I am really looking forward to getting on my water ski and enjoying the lake. The temps are going to be in the 90's this week, so I lose my interest in riding my motorcycle and look to the lake.

We did have an exciting end to the baseball season. Will's team won the regular season league championship. He got a nice trophy for that, which was the first trophy in his young life. Then the team went on to win three straight games in the tournament and won that also. Will played great and contributed to the success. We were all very excited. 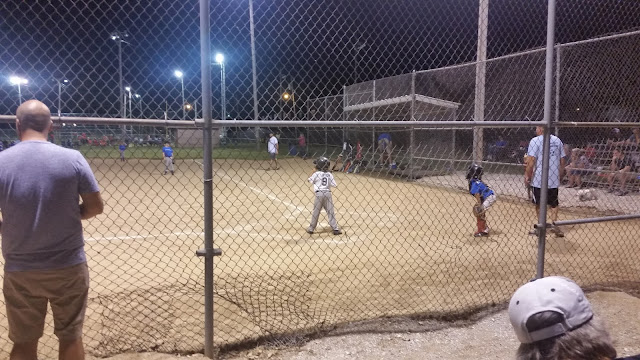 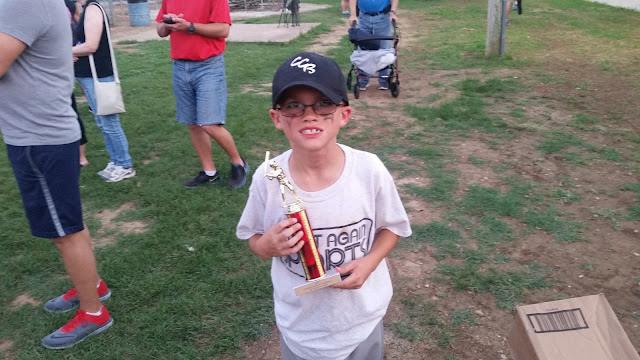 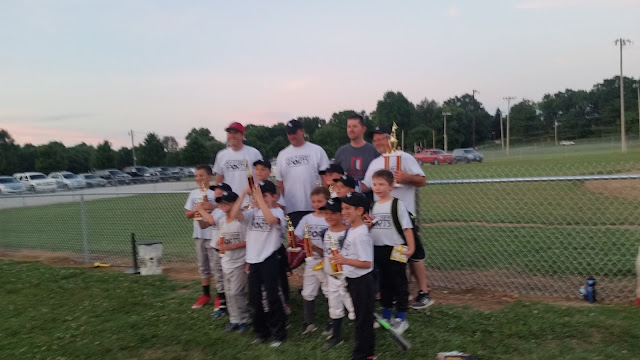 We have had some visitors come by the ranch. Dick and Cathy from Arkansas stopped by and we enjoyed a nice evening visiting.

Then Tony and Debbie stopped by last weekend. Tony and I used to work together (he was my boss) back in the early 2000's. He was my best boss ever and I really enjoyed catching up with him. It was great to learn the real story on some events at the old company back when I cared about such things. 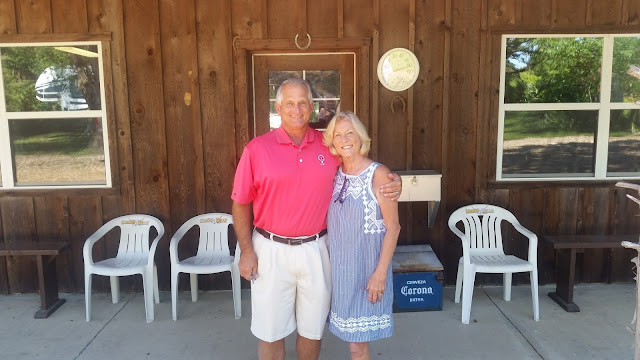 If you look at the chairs behind Debbie and Tony you will see them in this next shot. This was a few days later, but we had a visit from a black rat snake. We have actually seen him a number of times now. We leave him alone, he will kill the mice and take care of other varmits. 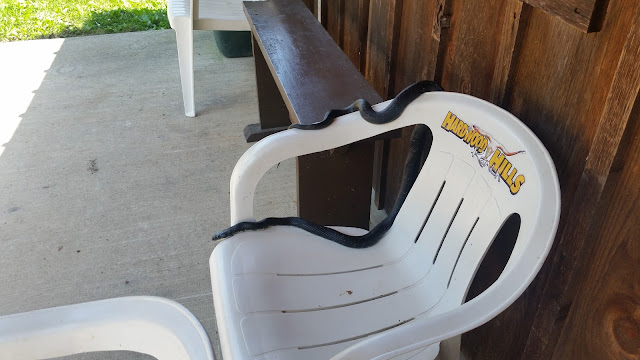 Other than mowing and normal ranch stuff, I have been working on a problem A/C on the rig. The good news is we have two, so we are still comfortable. After extensive trouble shooting that took days. I determined my problem was a faulty fan motor. I was fooled by the motor working for a period of time and then failing. I had replaced the control board and the thermostat before it failed when I was watching it. Replacing a fan motor is not easy, but I got it done. 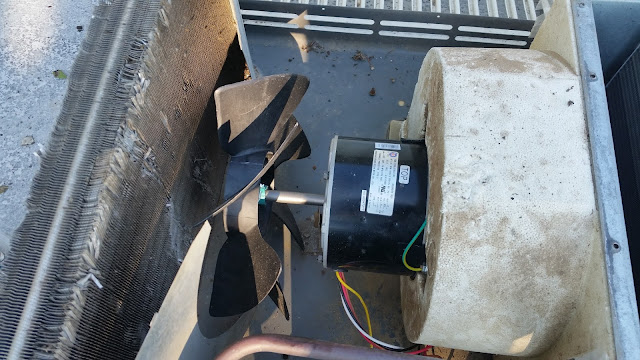 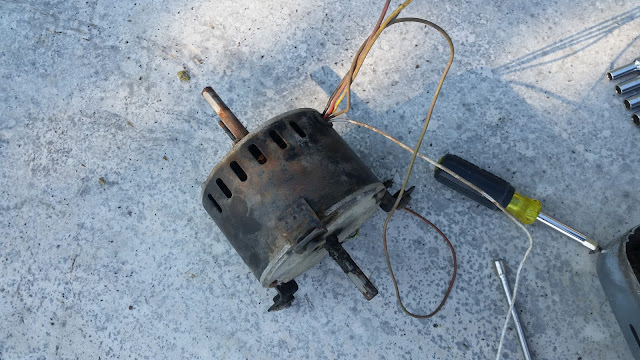 That is enough for now. I will try to write periodically, but it looks like we are going to stay in this area for a while. It may be until the end of the year. We have some major happenings at the ranch and I want to be involved. It seems like normal life to me, but normal still feels pretty great.
Posted by ktmissouri at 9:56 AM 1 comment: