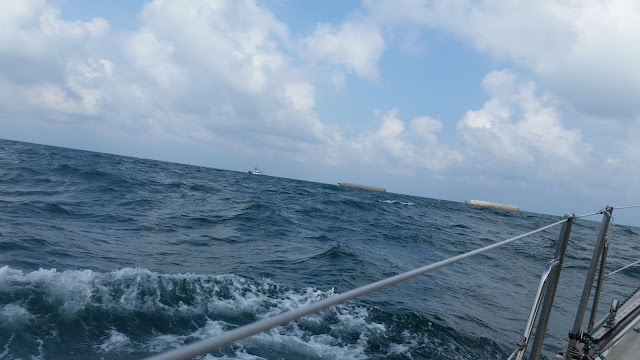 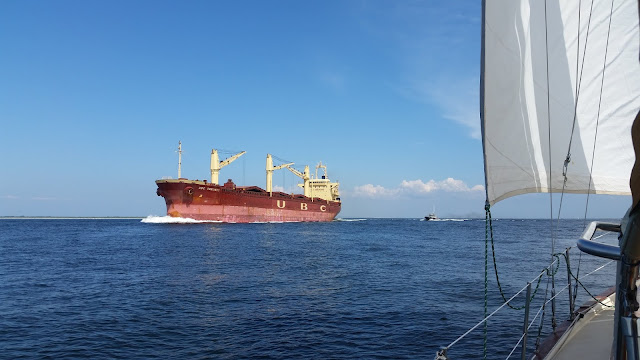 It has been about 10 days since my last update. I really wanted to write sooner, but we have been very busy. This one will be short to try to not fall too far behind.

First off, Dorian turned north and missed us completely. We are safe and sound and had no damage to the boat. On Friday, August 30, we were very concerned. The forecast track had it coming right at us. It would go over the Florida peninsula first and lose some strength, but it would have still done significant damage. By Saturday, the track was changing and we decided to not take down our canvas and other planned preparation. Here is what the boat looked like. 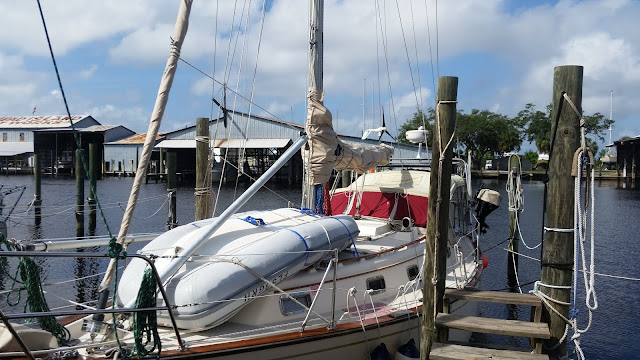 If you look closely, you can see all of the extra lines. I think we had about 14 lines on the boat. You may also notice there are no boats next to us. Many of the boats in the marina had been hauled out.


We felt so good about everything on Sunday that we went to the Bradenton Beach after church. We had an awesome time walking along the beach and swimming in the clear water. There was almost no wind and just a beautiful day until mid afternoon. That is when we started to feel the effects of the storm. We just had some strong thunderstorms and 30 knot winds. That stayed with us until Wednesday.

We felt strange praying for the hurricane to go away, because we knew if it was not us, it was going to hit some other place. The damage reports from the Bahamas are amazing and terrible. We are hoping to visit the Bahamas in 2021, we pray for their recovery.

By Thursday, we had strong wind and dry weather. We decided to take a trip. I will write about that trip in my next entry.