We Have A Plan!

As I wrote in my last entry, we have a major life change happening that I would like to write about. During our trip this past winter, we talked a great deal about our hopes and dreams. Those dreams revolve around the desire to travel and live in a sailboat the way we travel and live in an RV now. We are both about 60, and know if we are ever going to do this we need to make it happen sooner than later. The best advice I have ever received was provided by my grandfather. When I asked him for the one piece of advice he would give a younger person (I was about 30 at the time), he told me, " Live your life with no regrets." He went on to say, "Take advantage of your youth and see as much of this amazing planet as you can, there will be plenty of time to sit on the couch and watch the world go by." I keep thinking about that advice. The decision to buy a sailboat, large enough to live on, may be the biggest mistake I have ever made and I may regret that decision, but if I don't do it, I think I would regret that more. So, we have decided that we will try to make living at least part time on a sailboat a reality. Now, how are we going to make this happen?

Step one, is to sell some property that we own in Ozark, Missouri. We used to live in a house that sat on 55 acres of beautiful Ozarks land. We sold the house and 5 acres, 6 and a half years ago to move forward on the plan to retire early, live in an RV and travel. And travel we have done. We have had an amazing time. That is what the over 400 entries in the blog are all about. We decided that the best way to move forward on this plan was to sell that land and use the proceeds to buy the boat. We knew that we had tried to sell that land back when we sold the house, but could not find a buyer. Would it be any different now? All we could do was try.

We arrived back to Missouri on March 20. We got set up at the ranch and knew it was the right time of the year to show the property. We spent a number of days over the next few weeks breaking down our "camp" that we used as a home base for a while. We had to move the van that was used for storage off of the land. That turned out to be more difficult than I thought. It had been dug in and leveled. We had to jack it up and drag it out with tow straps and come-a-longs. The good news is we got it to the edge of the road and then set about trying to find a place to haul it away.

During the first few weeks we were back in Missouri, we spent as much time as we could with the grandkids. We went to soccer games for Amelia and volleyball games for Eve and Isabella. Watching a 3 year old play soccer is crazy, but we are so glad we could be there. 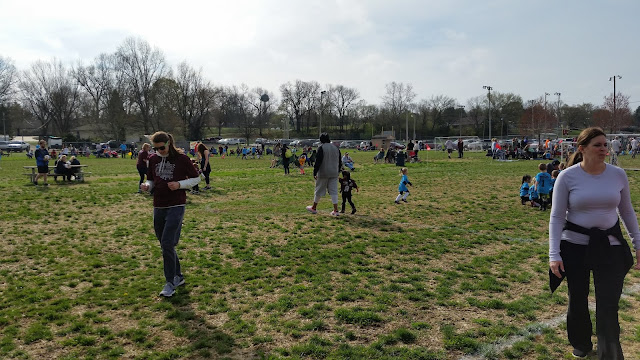 We had a Motorcycle race at the ranch on April 14. I got very busy setting up the course the two weeks prior, so that took my focus off of the land for a bit. We had a good event despite a heavy rain the night before.

We had a beautiful spring with the usual bloom of the red buds and then the dogwoods. 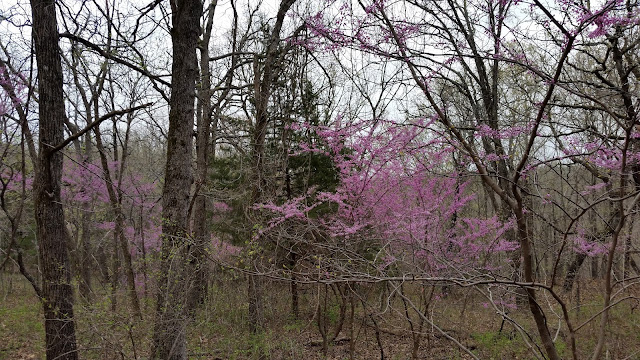 It is also the time of year for Morel mushrooms. I love to eat morels. They can sell for as much as $50 per pound, but I am not willing to share. It is so beautiful out in the woods, I just love it. I spent two weeks looking and only finding a few. Then we got a nice rain and warmer temps and this is what I found:

To get back to the story, we had put a "For Sale by Owner" sign on the property before we left last fall. I did get a few calls, but nothing developed. I talked to a good friend that had sold two different parcels of land through Facebook Marketplace. I decided to give that a try. I was amazed at the flurry of activity I got the next day. I ended up with one good showing and three people that stopped by to look at the property, but that activity quickly dried up and we knew it was time to list it with an agent. That is when the story got good. I will write about what happened in my next entry.
Posted by ktmissouri at 1:06 PM