I am writing this entry on February 23rd sitting here looking at the surf from the comfort of our home on wheels. We are at Jamala Beach County Park, north of Santa Barbara, California. It is beautiful here and I can't wait to show off the pictures, but first I have to work on getting caught up.

As I mentioned in my last post, we had a few things that we wanted to do in Orange County. The first few days we were in the area it rained... a lot! I think it is clear that California is good on water this year. We will have to see if they can get some more rainy years to get all of the reservoirs back near full. We relaxed and enjoyed some quiet time in the park.

On February 13th, we finally got a nice day. We decided to take a trip to Fountain Valley and Huntington Beach. I lived in FV back in the late 1960's. That is almost 50 years ago. At that time thousands of people were moving into Southern California each month. They were building homes as fast as they could. To build them as quickly as possible, they resorted to “Tract housing”. The homes are built very close together and use just a few floor plans. It is not uncommon to see many houses in the same neighborhood with the exact same floor plan or simply reversed. While the tract is under construction, they have some of the first built homes that are used as models. When the tract is sold out they sell the model homes. My parents bought one of those model homes. It came with many of the furnishings still in it. The funny thing is that I still have some of that furniture. I decided I had to stop by and see the old house. Here it is 9972 Aster Circle: 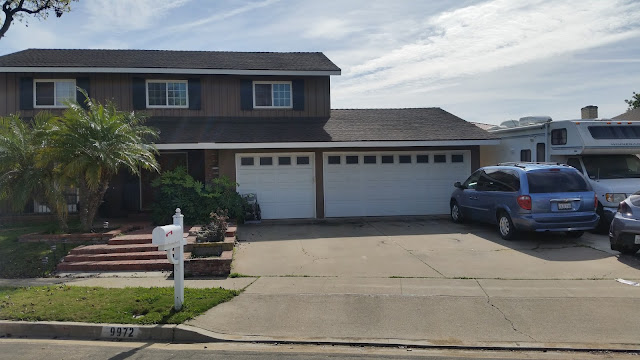 The brickwork in the front was completed by my father. My brothers and I played a bunch of basketball in that driveway.

We then headed down to the beach. We knew we needed to take it easy because we had big plans the next day, but did we...NO. We walked about 5 miles. We decided to walk to the HB Pier. 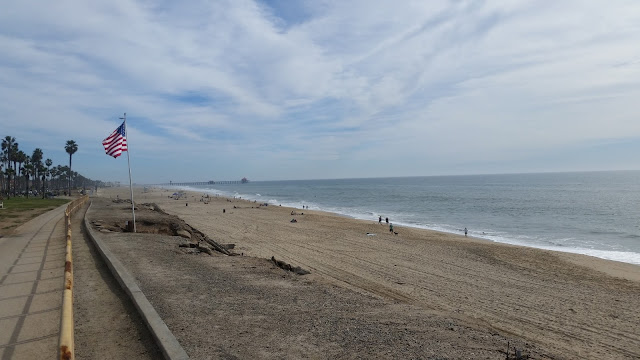 It was such a nice day and there were plenty of people with the same idea. You can see Catalina Island in the distance. 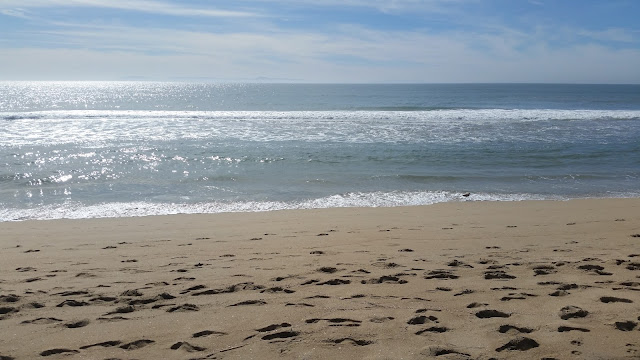 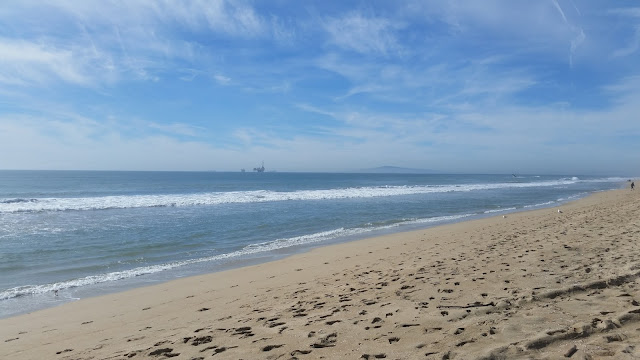 We made it to the pier, now we just had to walk back. There were a bunch of surfers catching the nice break at the pier. 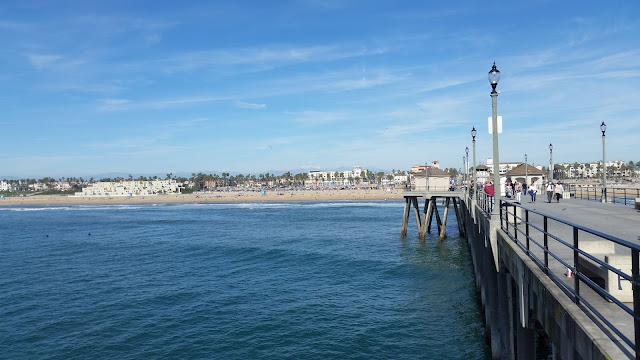 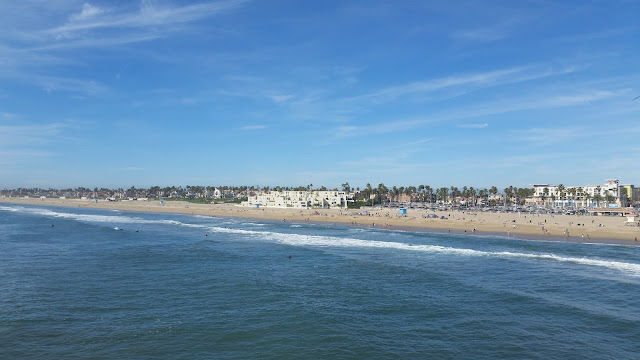 The next day was Valentines Day. Kim loves amusement parks, but had never been to the granddaddy of them all, Disneyland! When we planned this trip, she wanted to use our season passes that we bought last year in Orlando for Universal Studios, but they do not allow you to use the pass at the California park. So, I decided to take her to Disneyland for Valentines Day. I could tell she was excited. 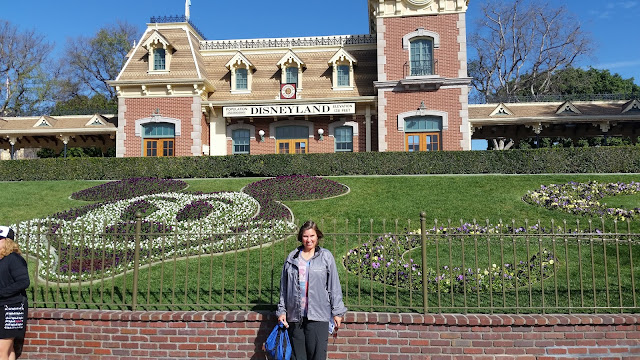 We rode all of the rides we could fit in a 12 hour day. We walked over 20,000 steps. After the previous day, we were exhausted by the end of the day, but she loved it. I survived and made a point to remind her that the next time I am a jerk, I get a free pass. That took about a week to redeem. Here are a few shots of the day. Like I said, we did it all. 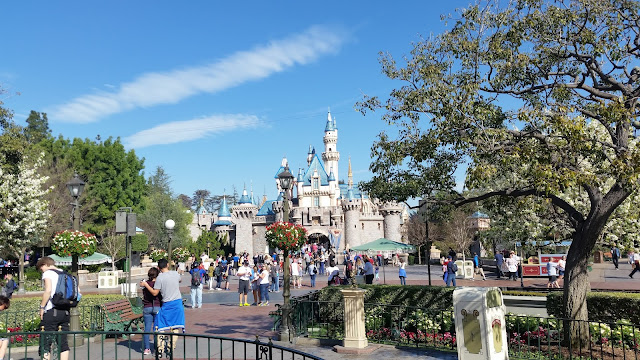 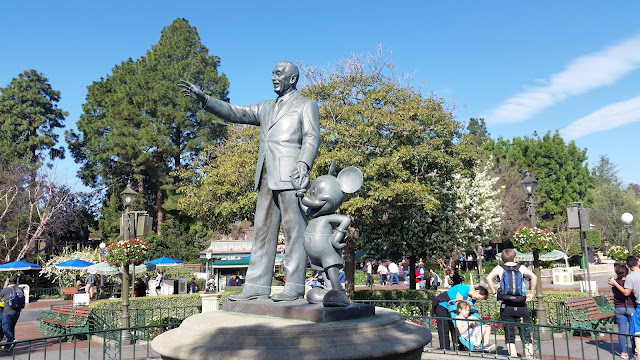 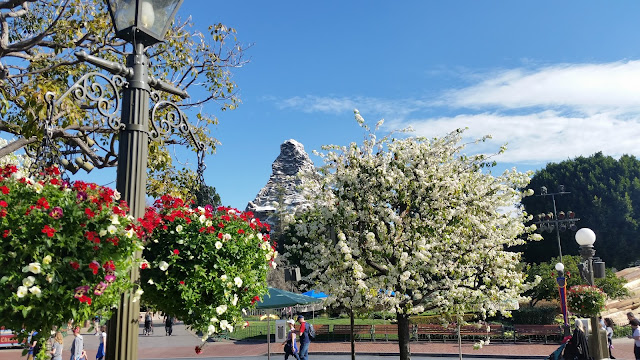 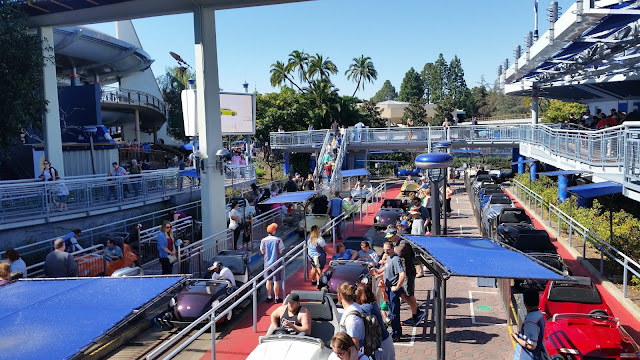 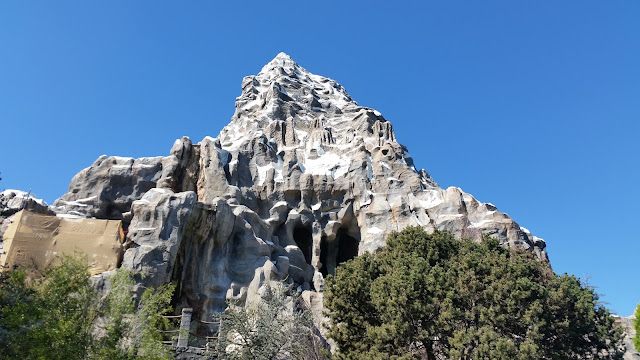 The only disappointing part of the day was that the two rides that I was looking forward to, The Matterhorn and the Pirates of the Caribbean were both closed. 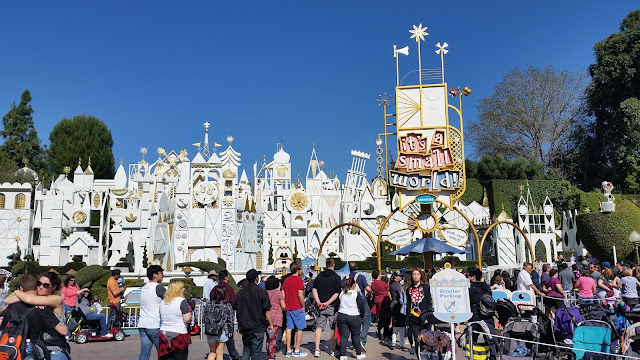 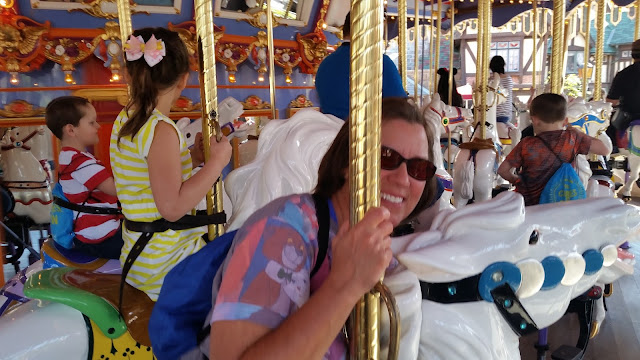 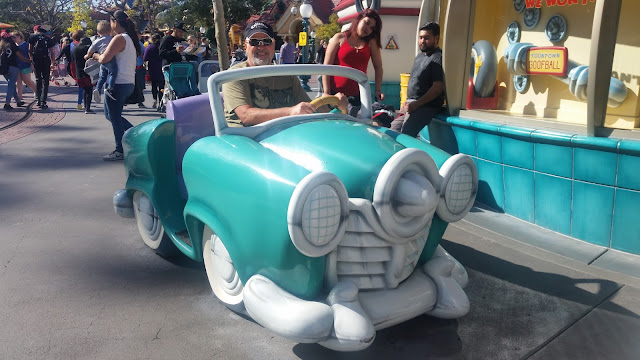 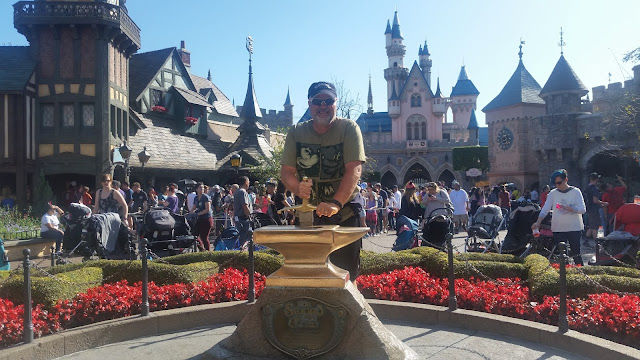 We made it home at about 11 PM. We did very little the next day. On February 16th, we left Orange County. I will write about where we went next and the crazy things that happened there in my next entry.