We Left Aiken, SC on Thursday 3/8 and headed northwest. We chose a COE park up on Lake Hartley called Twin Lakes. It was about a 130 mile drive through the countryside of South Carolina. Other than a stiff north breeze it was a nice drive.

The only problem was they were almost full over the weekend, so we had to make reservations. This is one of those things that just bothers me. Here is a park that is open, but they have many of their loops closed. The problem with making reservations is that we traveled on a day that I normally would not travel on. The wind was up and it impacted both safety and fuel mileage. The COE needs to pay more attention in their off season and open more of their parks when they are filling up.  OK, rant over...

The park was very nice. Each site was built along the edge of this lake. Here is a shot of site #25: We don't normally like pull throughs, but this one was very large, so it worked just fine. The rate was $28 per night with water and electric. We got great Verizon signal and OTA TV, so it was a great place to chill out for a few days. We ended up staying 5 nights to get through the weekend and let some bad weather move through.  Here is a shot of the view out the side windows: It looked like every site in the park had a similar view. We love COE parks and this one is one of the best we have stayed in.

They have 4 loops in the park. I walked all of them and all were very well built with great lake views.
I did a little photography while we were there. 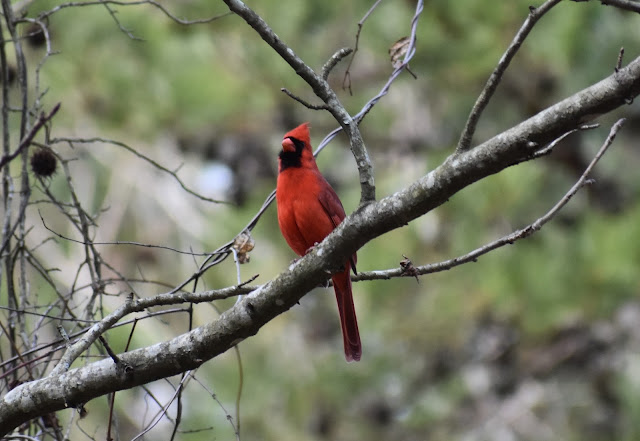 We could see Clemson University on the other side of the lake from us. We saw rowing teams from Clemson rowing up and down the lake on the days when the winds were not too bad. We could also see part of the famous "Death Valley" football stadium. Clemson was the National Champs in football for 2016 and runner up this past year. Some times we just like to read and relax. That is exactly what we did at Twin Lakes and it was great. Our plan was to go straight north to Great Smokey Mountain NP, but that changed when Kim decided she really wanted to see Biltmore in Asheville. So, as I said in my last entry, our plans changed and we turned a little east and north to head to Asheville. That turned out to be a memorable visit. Come back to see why it was so memorable.
Posted by ktmissouri at 3:54 PM