We left Lake Aire campground near Charleston on February 18. When we left the Charleston area, we were looking for a place not in a city. I found Buck Hall campground that is run by the National Forest Service near McClellanville, South Carolina. It is situated along the Intracoastal Waterway and is adjacent to the Cape Romain National Wildlife Refuge.

Everything looked great for a quiet 5 days of fishing and bird watching. It really did not turn out that way. When we arrived we were greeted by a very nice camp host. He told us about the park and warned us about the "no-see-ums". I asked him about fishing and he told me it was not very good.

We pulled into our huge site with ease. This is easily one of the largest sites we have stayed in. It looked like most of the sites in the park were equally as large. The spacing between sites was also excellent. The bathrooms were being rebuilt and they needed it, but anyone that stays in the future will have nice new ones. The rate of $20 per night for Water and Electric was excellent. We had good 4G Verizon Cell coverage and good OTA TV. We would need it.

It was a short drive from our previous park, so I had plenty of time to check out the place after getting set up. It was a cool day, but I enjoyed the walk around the park. The Intracoastal Waterway is right there. 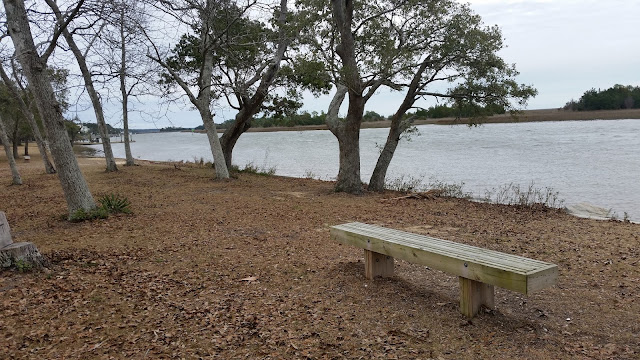 This is also the beginning of the Palmetto Trail. This is a trail that goes all the way across South Carolina and up into North Carolina and joins up with the Appalachian Trail. They also call it the Mountain to the sea trail. 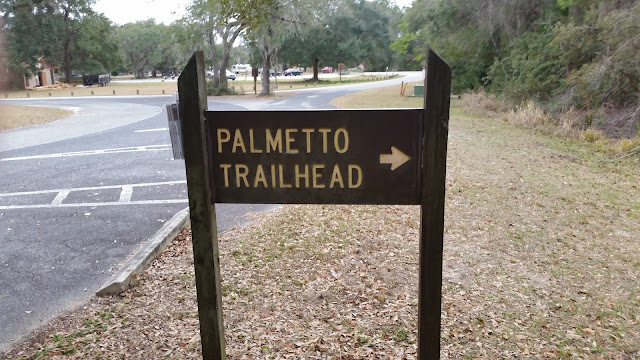 I have been told by people I met that the busy time of year here is in the fall when they have a season for netting shrimp. I forgot to mention in my last entry, I went on line to buy a fishing license and was happy to find that you can get a 14 day non-resident saltwater license for $11. After a $3 on line fee it works out to $1 per day. I love South Carolina.

I noticed a bunch of what I thought were gnats bothering me and a few bit me, but I was not concerned. Later that night a few started itching, but not bad. I got up early the next morning and went fishing. It was a beautiful sunny and warm day.

I met a local gentleman on the dock and neither of us caught anything. The bugs were terrible and chased me off the dock after about 30 minutes even with bug repellent on.

The itching got worse as the day went on. By the time I wanted to go to bed it was intense. I spent much of the night trying several things to get some sleep. We spent much of the rest of our stay at Buck Hall inside the trailer. It was so warm we even ran the A/C a few times. The Olympics were on, so we wanted to watch as much of that as we could anyway. I did find that a anti-allergy medicine worked best.

We heard that most of the local seafood was processed over in McClellanville, just about 8 miles away. We took a trip over there to buy some shrimp and look at the old houses. It is a beautiful little town. 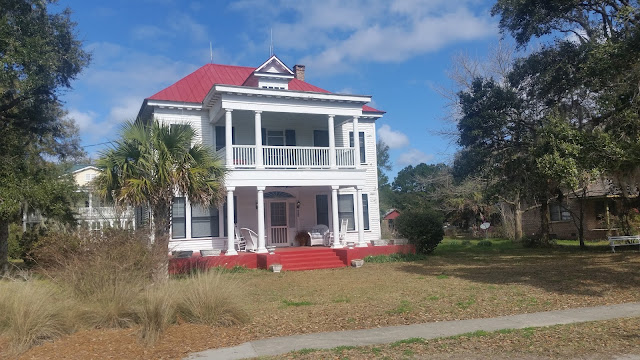 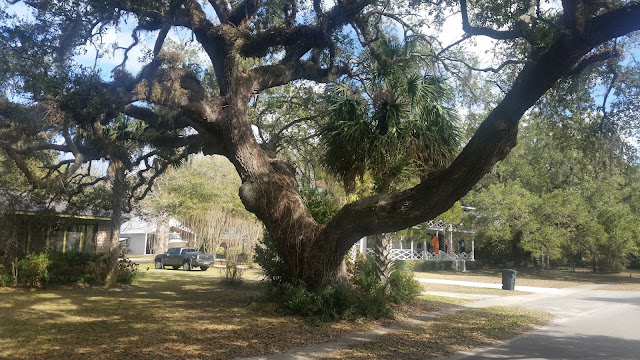 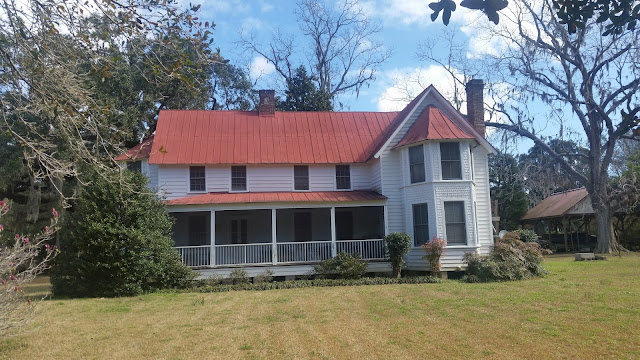 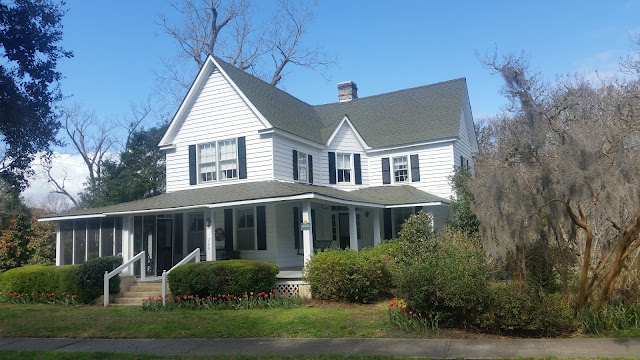 Some houses were in better shape than others, but all were interesting and I wondered about their history.

One thing we have learned is that some stops along our travels do not turn out as you expect when you arrive. This was not one of our favorite experiences, but it was not terrible. It was very quiet and we loved watching the boats go by. After 5 days it was time to move further north along the coast. The next stop was one of our favorites of the entire trip. Come back to hear all about life on the beach.
Posted by ktmissouri at 11:38 AM