On February 16, we decided to head back down into Charleston and take the boat ride out to Fort Sumter. I thought I knew the history of Fort Sumter, but I knew very little of the entire story. We started by going through the museum and information center along the waterfront in Charleston. 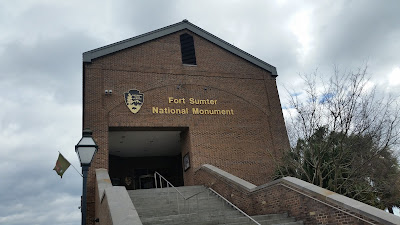 This makes #43 National Park or Monument we have visited in the past 4+ years. As we waited to leave, the views around the harbor were impressive.

The boat was about 70% full. The first thing I learned is the island that is visible from the waterfront is not Fort Sumter. Fort Sumter is much further up the river at the mouth. There was a good narration playing while we cruised down the river. 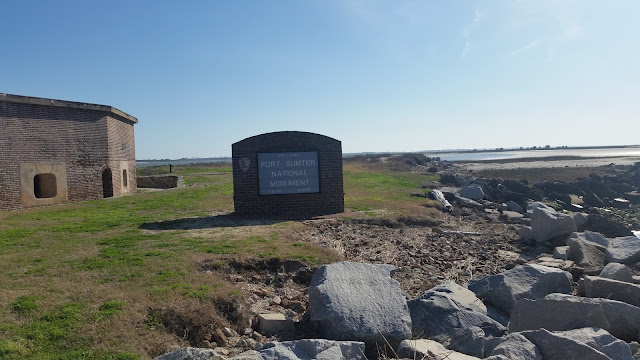 The fort has been built and rebuilt many times. The most famous times are at the start of the Civil War. What I did not know is that the fort was under siege by the Union army for much of the war. The Union Army took the fort late in the war and then turned the guns on Charleston, doing significant damage to the beautiful old city.

We really enjoyed the trip and would say it was worth the $26 per ticket price.

The last day in the Charleston area, I decided I wanted to go fishing. We had one other stop on the way down there. I love old trees and this one is special. Here is Angel Oak:


We then headed down to Folly Beach. The traffic was very heavy getting down there. Kim did a little research on her phone and found out they were having a Marti Gras type celebration. We were able to bypass it and get down to the end of the island to an open beach park. 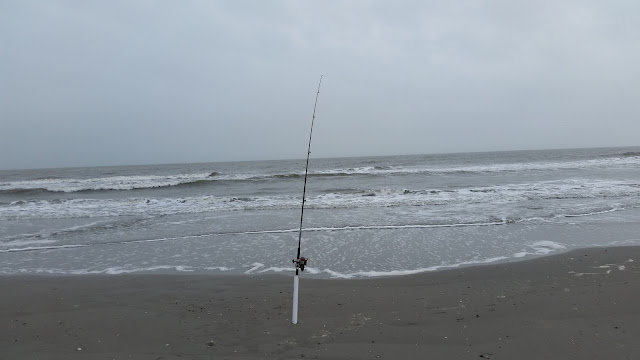 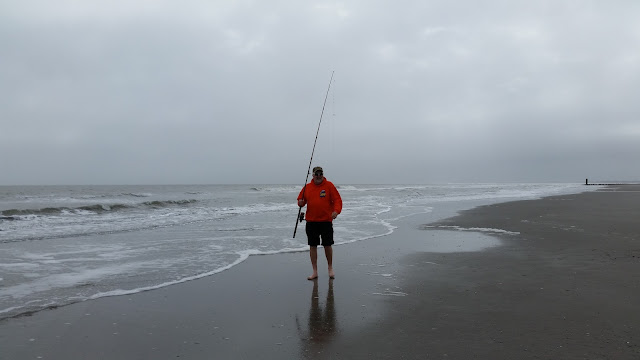 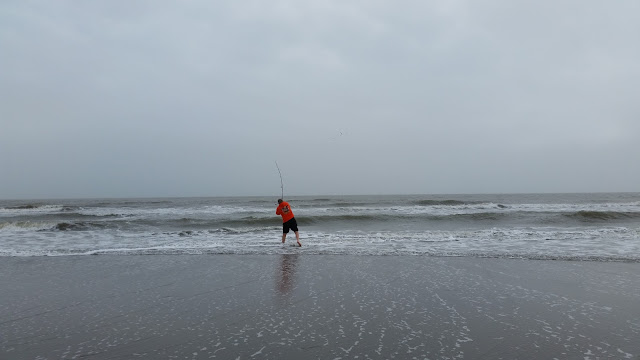 It was a cool and cloudy day and the fish were not biting. It is a bit early in the season, but I was just happy to get a line wet.

That is about it for Charleston. We were tired of the busy city and wanted to get into a more natural setting. Come back to see where we went next.
Posted by ktmissouri at 9:35 AM