We arrived at Choke Canyon State Park on January 15. We were not expecting too much, but wow this place was cool. We had some great experiences.

The State Park is right on Choke Canyon Reservoir. This is the site of the town of Calliham that was moved to form the Reservoir. The historic gym that was built in 1910 is still in use by the State Park as a meeting area. We went there for a Ranger Talk. It was a very different Ranger talk. The ranger is from the area and spent much more time telling stories about the local area than talking about the subject matter. Oh well, it was still interesting. 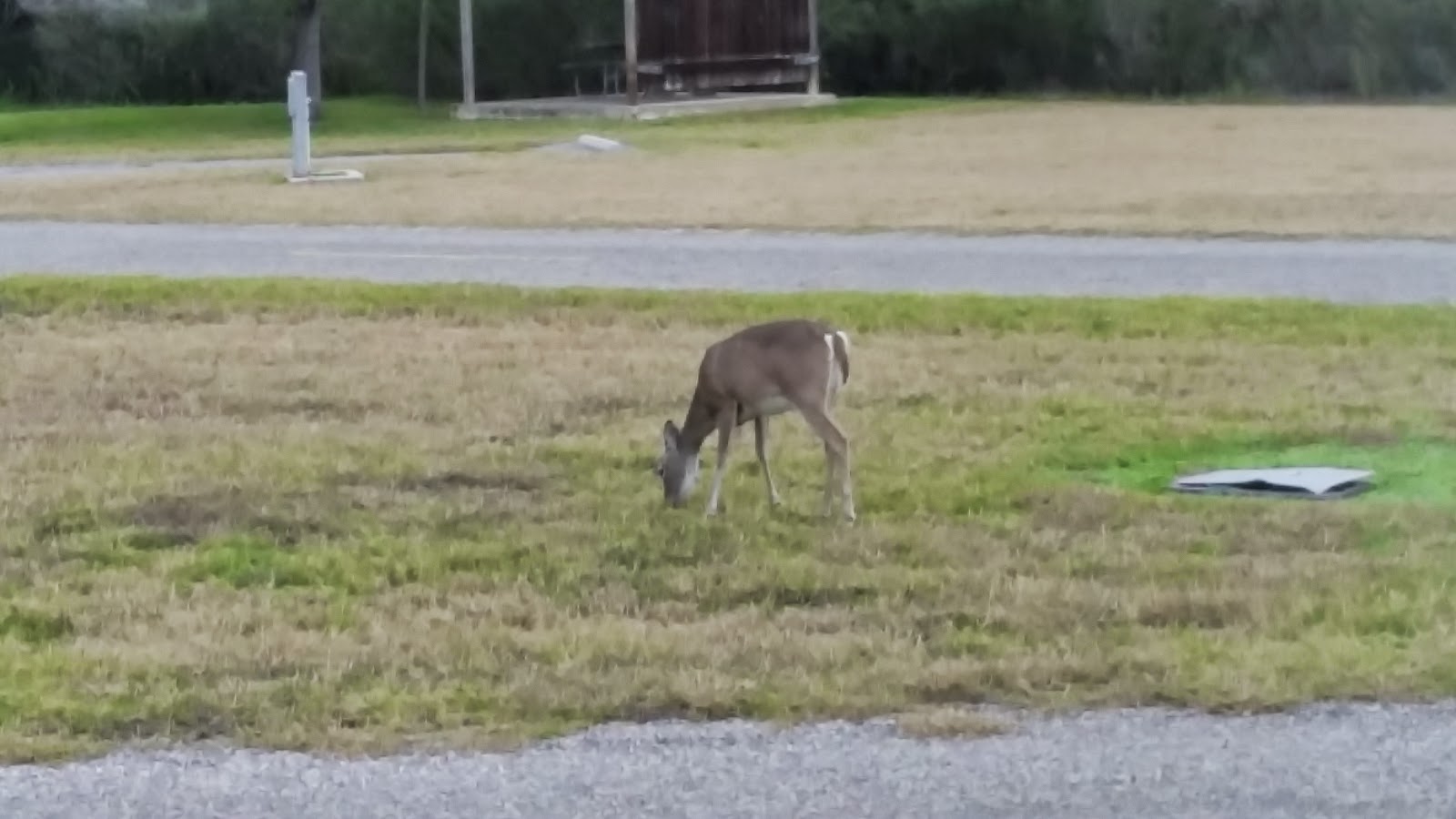 There are nature trails winding all around the park. We saw herds of deer walking around the campsites. They did not really pay any attention to us. 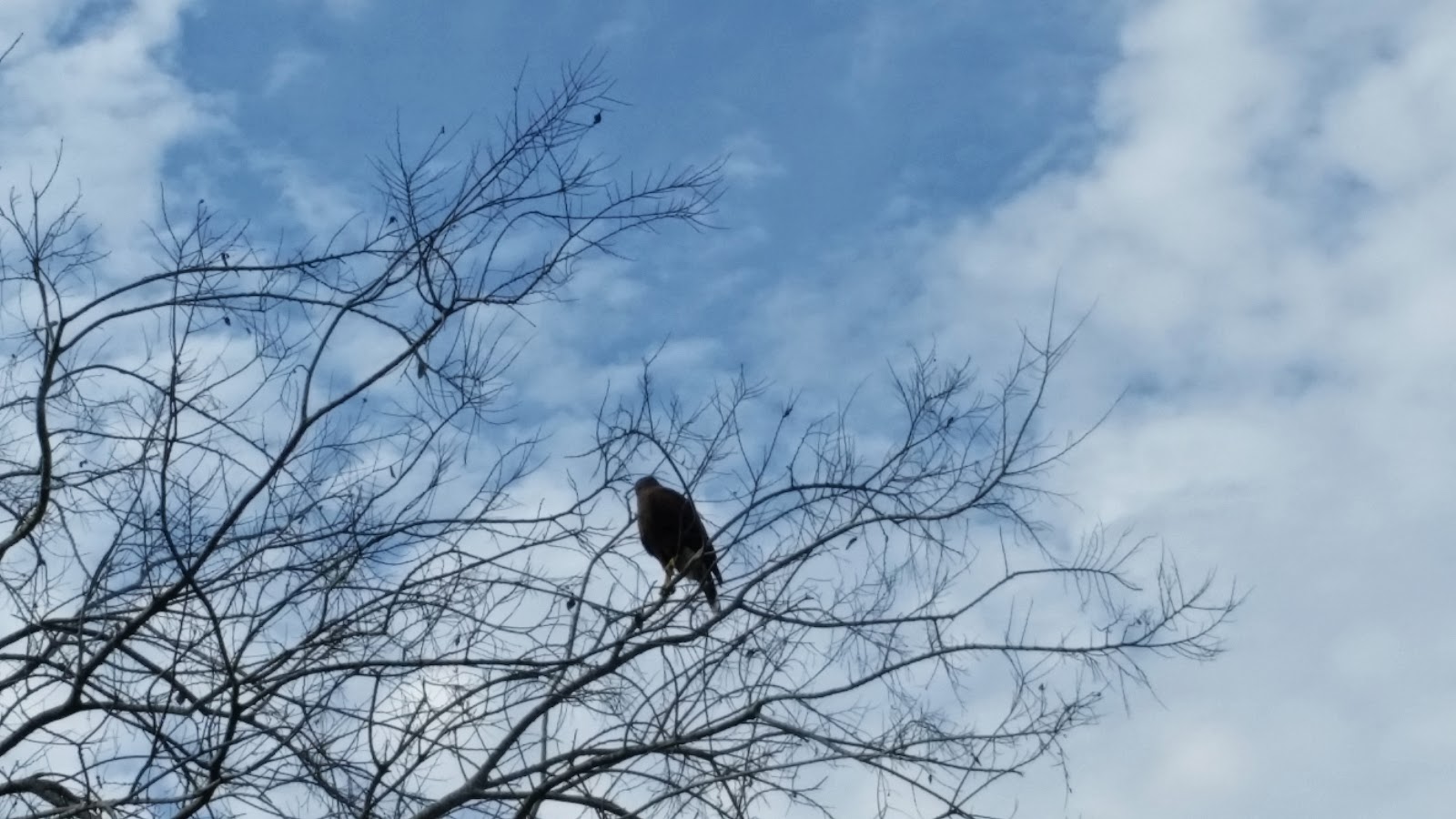 One of my favorites birds was the red shoulderd hawk. We also saw Crested Caracara, but I did not get a good picture of one. 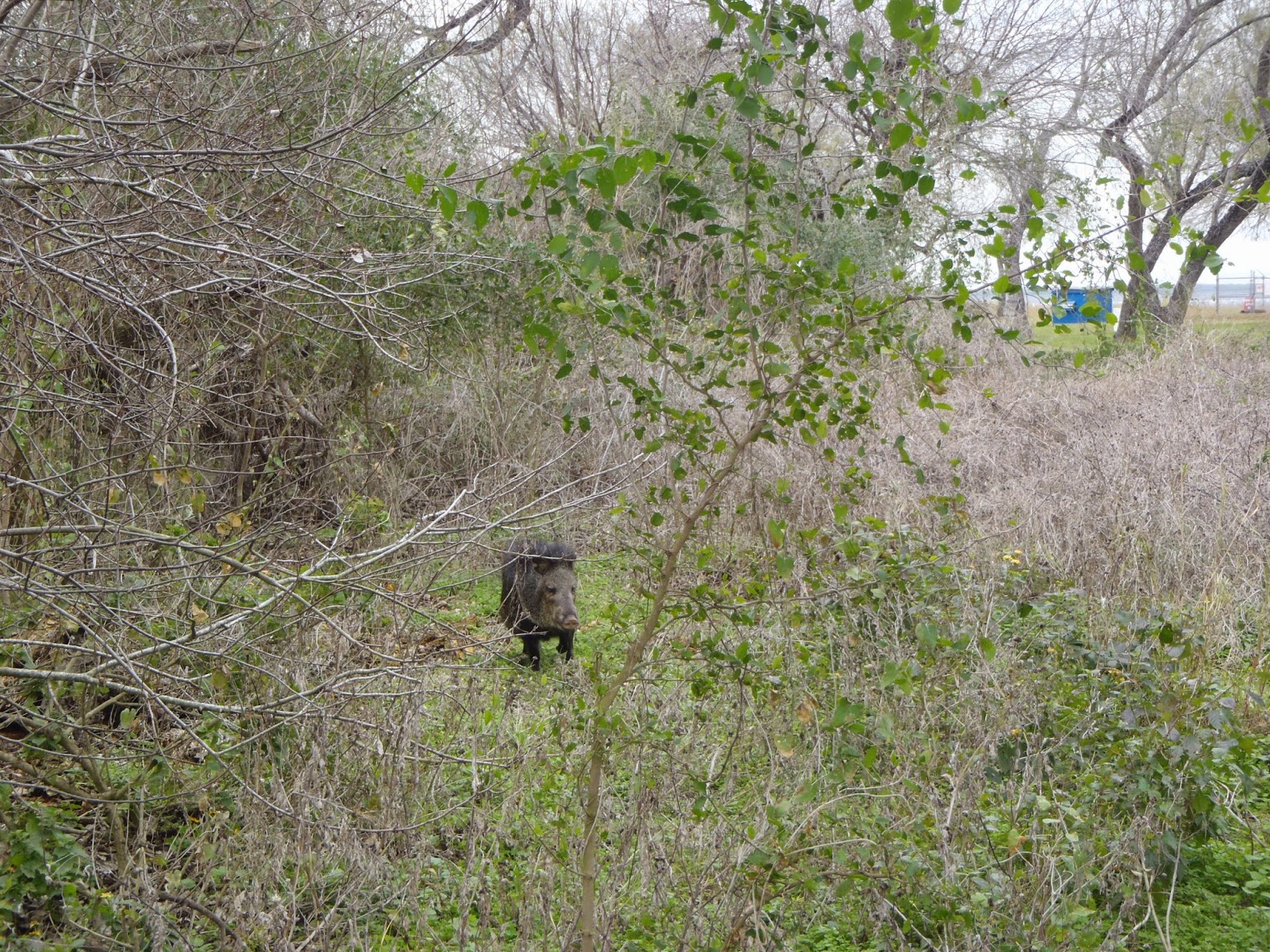 We also saw groups of Javelina. They were neat to watch, but boy did they stink.

We saw countless other birds including Herons, and flycatchers, Cardinals and woodpeckers. The best sighting we had was of a very large Alligator. He hung out in a cove about 200 yards behind our trailer. I posted a picture of it on Facebook and a friend that is an expert on Alligators thought it was between 12 and 14 feet long. All I can say is that he was HUGE!! 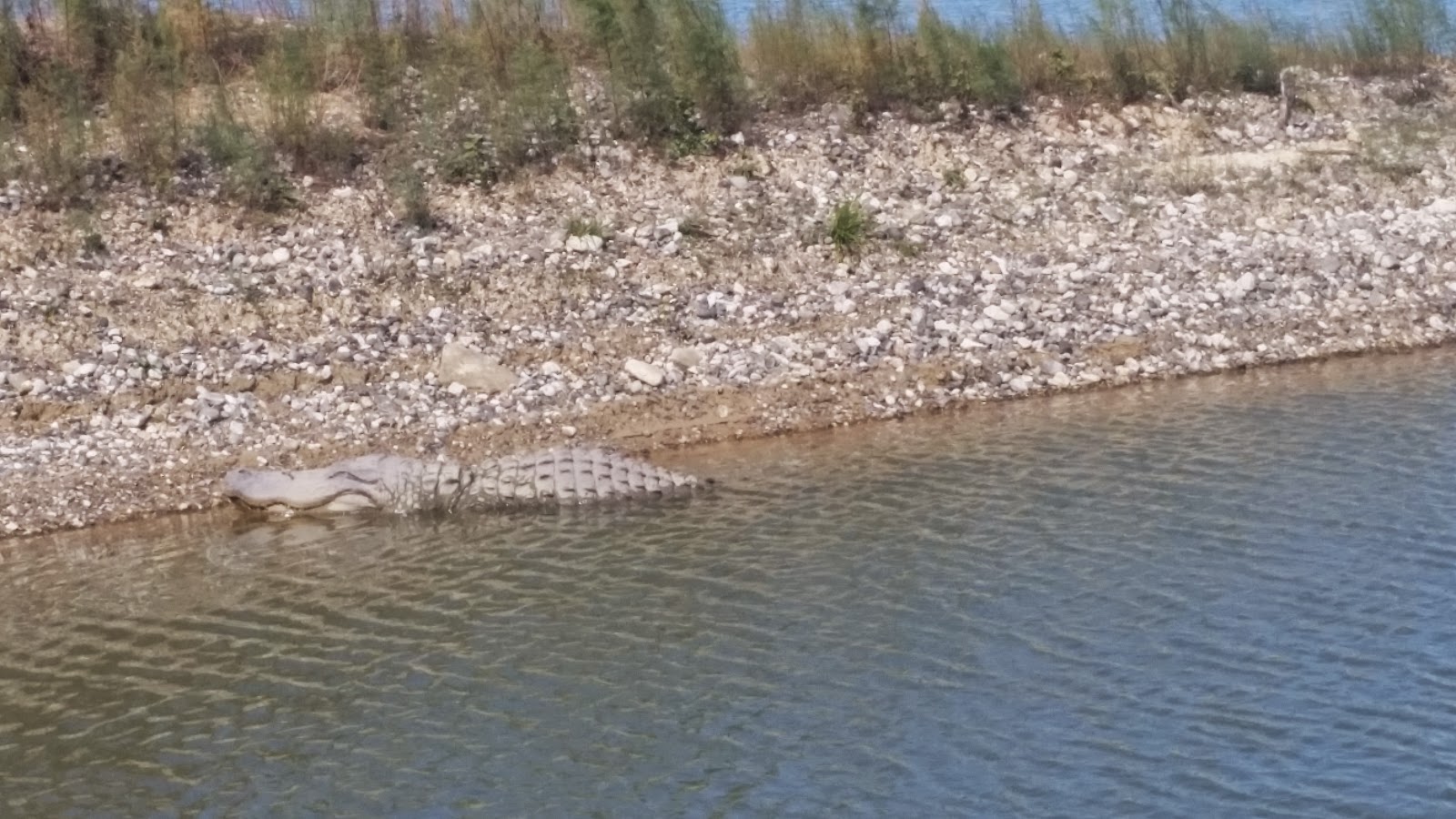 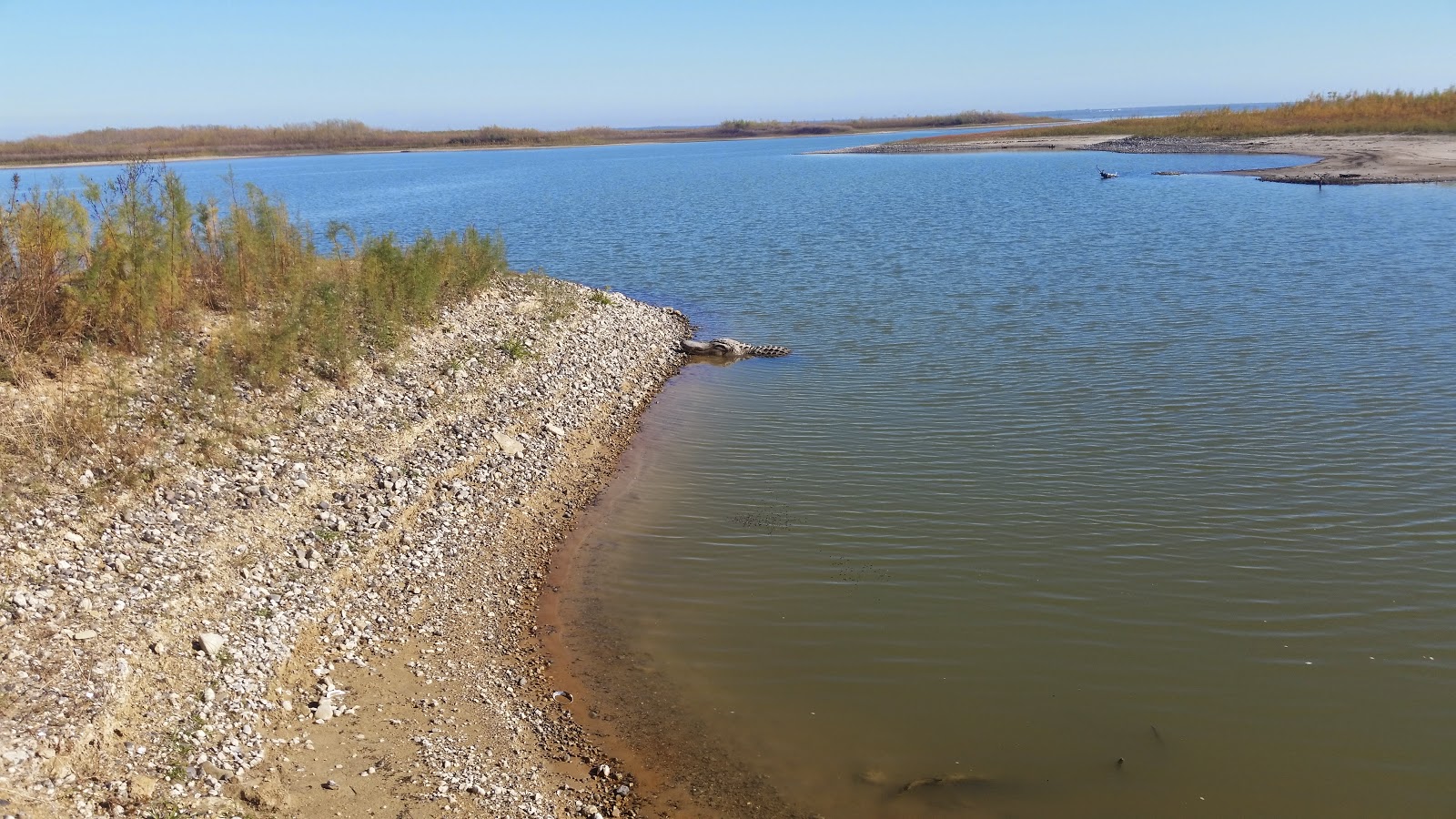 We ended up staying 5 days at Choke Canyon. I will try to do another post soon detailing the rest of our time there. I just love to see animals in the wild, this place was a real unexpected treat.

I will write again soon.

Posted by ktmissouri at 3:09 PM