The Best Kind of Family Time

Brian and the other 5 kids arrived in Orlando on March 5. Brian drove 18 hours in one day to get here. I have never done that and don't want to. His nerves were frazzled, but he was still ready to hit Universal on Sunday.

That family loves Universal Studios. They are huge Harry Potter fans. Universal has two sections dedicated to the HP franchise. Shannon made all 8 of them their own robes. Like I said, they are really into it. Kim understands, she has read the books and watched the movies. I have done neither and therefore are mostly in the dark. (I am used to it, I am normally in the dark on many things)

As I expected, I was as excited as the kids to go to the park with them. I love their excitement and we just had a blast. 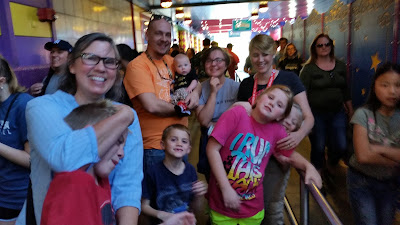 That is the best picture I have of the whole crew.

It is hard to get a picture of Jake. He informed me that he is no longer Jacob, he is now Jake. I stole this one.

We went to the park every day that they were here except Thursday. We went to the beach over by Clearwater. The name of the beach was Sand Key. It was $5 to park, but it was a nice beach with a food truck with great and affordable food. We had a fun day. 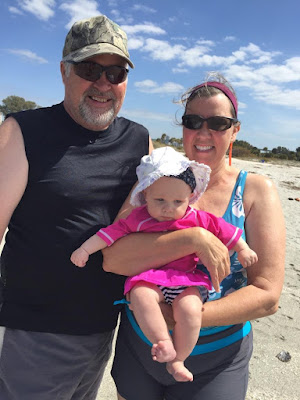 The gulf water was a bit cold to swim, but I did get in for a short time. I have never seen so many shells on a beach. We all had fun finding our favorites.

We all went back to Universal on Friday, March 4. It was a full day of rides. The lines were fairly short. The temps have been in the 80's each day, so we did a few water rides and enjoyed getting wet. I wish I had more pictures, but it is really hard to capture the fun of the rides. Many are the 4D type rides that are amazing technology. They do have some really fun and fast roller coasters also.


I am writing this on March 14. I can't believe we have been here almost an entire month. I was not sure how I would feel at this point. I am eager to get back on the road, but I will have fond memories of both Orlando and this RV park. I can't wait to get back to nature and less crowds and traffic.

We have decided to head straight back to Missouri by way of northern Arkansas. We expect to arrive at the ranch around the 15th of April. It has been unseasonably warm and we are ready to get moving north. It is expected to reach 90 today here in Orlando.

I have one more big adventure planned for tomorrow. I will make the drive out to the Kennedy Space Center in the morning and spend most of the day. I was going to go today, but for the first time since I have retired, I have come down with a minor cold. That is pretty good to make it over 2 years without any kind of sickness. It may be the lack of stress. So, I put off the visit until tomorrow. I hope I feel better.

We will then depart Orlando heading about 130 miles north on Wednesday. I am sure I will take lots of pictures tomorrow and write more often as we get back on the road. It will take us about a month to travel a little over 1000 miles. Come back to see what cool things we find along the way.
Posted by ktmissouri at 9:55 AM