On August 29, we decided we wanted to look around the National Monument and see if we could paddle on the river. It looked fairly calm in front of our campground, but we did not know if we could make this happen.

We had read about the big whitewater in this stretch of river and it requires you to have a permit to float. The only way to get a permit was to enter a lottery. We did not have time for a lottery and we really are not ready for big white water anyway. We did read about a "play" permit that could be obtained if you wanted to float the lower part of the river, but we needed details. We decided to go to the visitors center and get more information.

We drove down to the boat ramp at Split Mountain. This is the awesome view from the overlook: 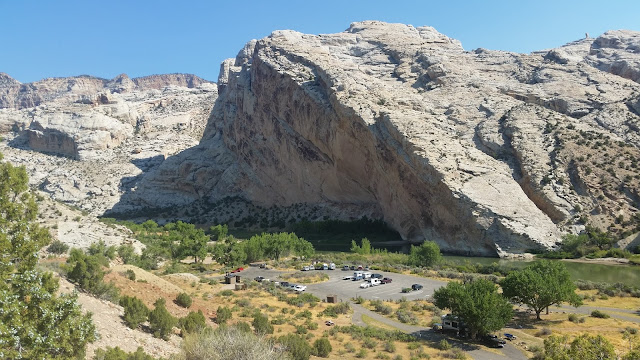 The river has cut a path right through this huge rock mountain. 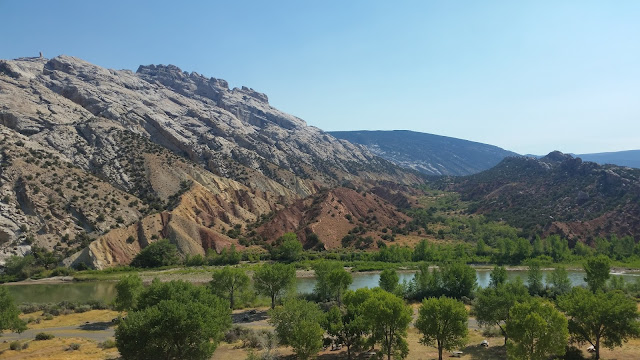 We met the volunteers at the boat ramp. They are full timers from Montana. They filled us in on what they knew. Great folks and they pointed us to the visitors center for obtaining permits.

We talked to the ranger named Lee. He knew everything about he river. We were not going to be able to do the big white water in the park unless we went with one of the outfitters, but were able to float the easy water down by the campground with the free play permit. We decided on a plan to float just 2 miles on that day and maybe a longer float the next day. Lee also told us about a section of the river further north, outside of the NM that is excellent for the type of floating we wanted to do. More about that later.

While we were there we took the short shuttle up to the dinosaur fossil exhibit. This is what we did the last time we were here in 2001. It is very interesting and we became educated on the local geology and why the fossils are here. 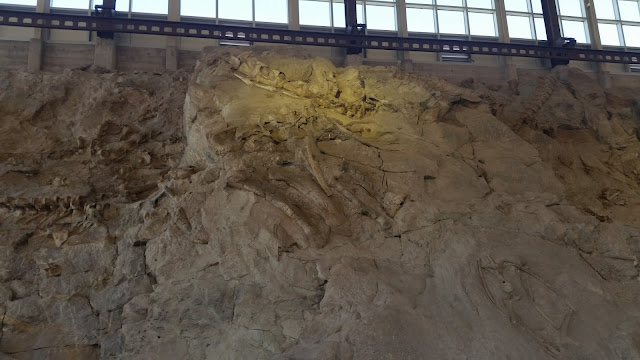 We went back to the camp and prepared for our short float. We still were not sure what we were getting ourselves into.

I rode the motorcycle down to the take out and then Kim and I drove the truck back up to the ramp to set up the boat. The ramp was busy with large white water rafts coming out of the canyon above. They were all wet and chattering about the big water. This is a shot of the canyon above the ramp: 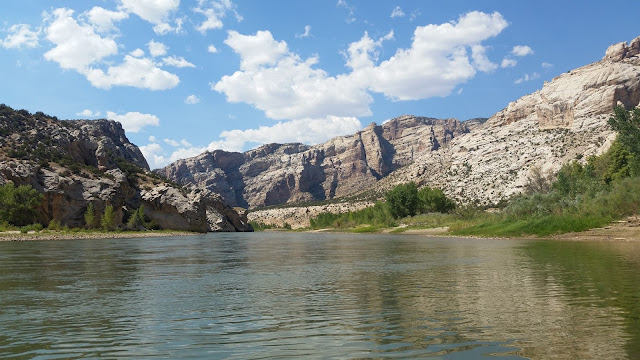 We launched and headed down the river. The rock formations on both sides were interesting. 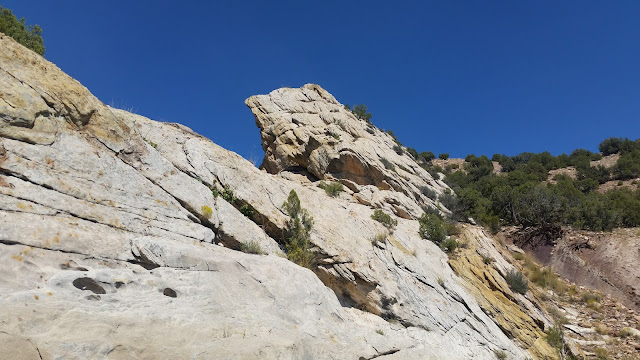 We paddled through some small rapids, but nothing at all serious. We went past our campground and on down the river. In just about an hour we approached our take out. 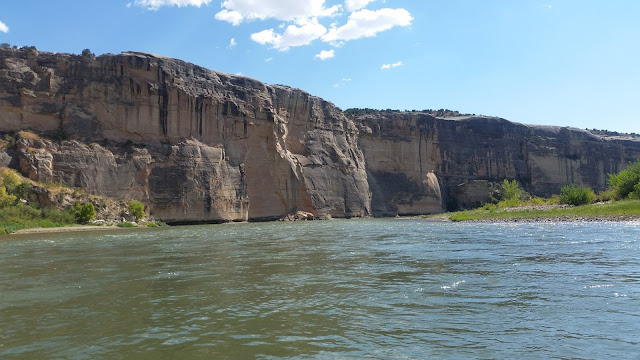 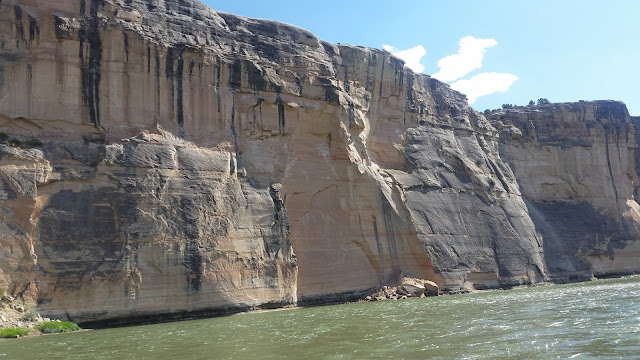 The take out was in an eddy and kind of surprised us. We were able to get the boat on shore and then carried it up a short hill to where the motorcycle was left. I rode up and got the truck and came back to get Kim and the boat.

It was a very short float, but it served the purpose of getting our feet wet (literally), and we felt we were now ready for more.

In my next entry, I will write about more adventures in Dinosaur National Monument. More Floating? Hiking? Sight seeing? Come back to see what we decided to do.
Posted by ktmissouri at 9:10 AM