This is the second entry describing our 5 days at Yampa River State Park from August 23 - 28.

I did want to put one more picture in the blog from the paddle on Elkhead Reservoir. While we were up in a cove we saw this animal. I think it is a beaver, but I did not get a great look at it before it went back down. When it surfaced, I think it was a surprised to see us as we were to see it. 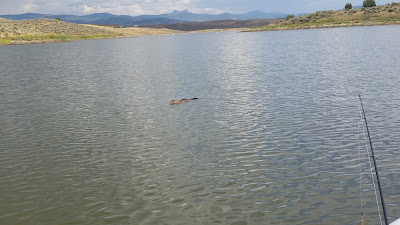 On the morning of the 26th, I was pretty lazy, so I decided to take a walk around the park. I stopped to watch a small fawn trying to get enough courage to come out of the weeds and get a drink from the river. 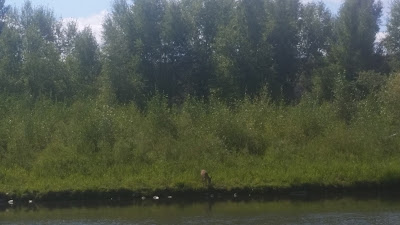 While I was watching the deer, I saw some fish feeding along the far bank. That was all the incentive I needed to get my fly fishing gear and see if any of them would show me a good time.

I worked up and down the river looking for a place that was holding a larger fish. I was able to see a fish feeding along next to a rock and on my third cast, it rose and took my fly. Here is the result: 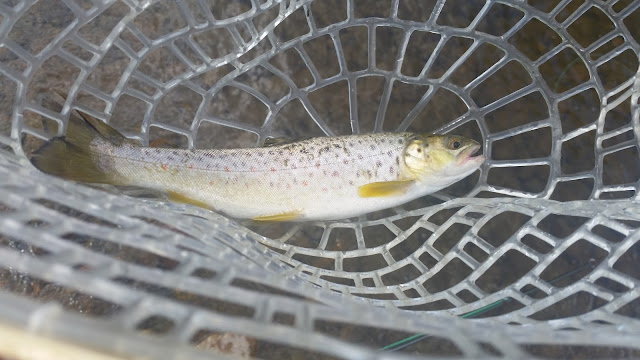 Yes, it is small, but the enjoyment was just the same. This is a picture of my view on this beautiful day: 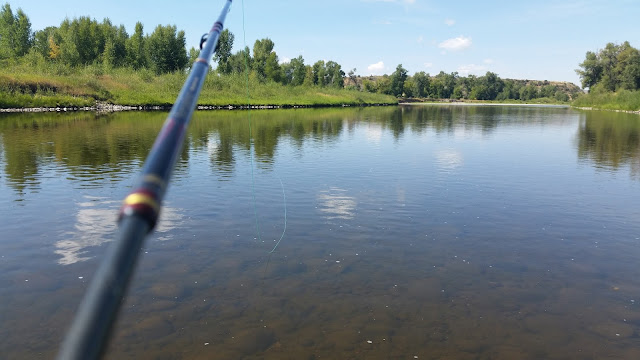 While I was working my way around the river, I saw some very large crawdads. Like the biggest I have ever seen that were not in a tank at a restaurant and being sold as a lobster. Can you see the one in this picture? 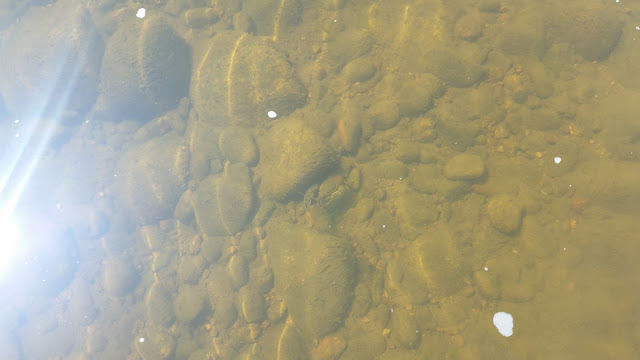 OK, enough fishing pictures. I ended up having a great time fishing while I was at Yampa SP. I am sure it would be much better in the spring, but I like a test.

On August 27, we went into Steamboat Springs. We were going to church on this Saturday evening, but I agreed to walk around town and do a little shopping first. I did want to check out the fly shops and get a look at the Yampa river flowing through town. I have heard that the fishing is pretty good if you know where to go. I did those three things, but did not take a single picture. The downtown area is pretty good and we were able to find a place to get ice cream, imagine that. I even bought a long sleeve T-shirt. It was a good deal and Kim thinks all of my T shirts are getting ratty.

We did get an idea from Charlie and Suzy. They suggested that we go visit Fish Creek Falls. We made the drive from town and then a short hike to first the observation point and then down to the base of the falls. The walk out was only about a quarter mile, but very steep. 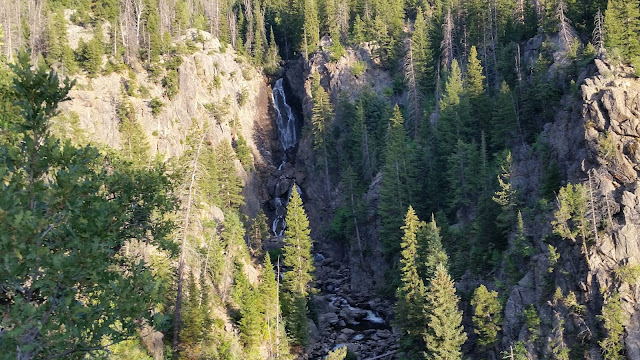 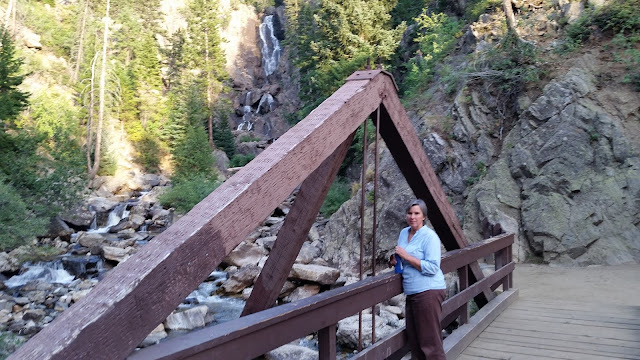 I paid my dues by going into town. I think you can tell from the pictures I take, I love animals and natures beauty. Cities and towns?...not so much.

Our last day at Yampa SP, Kim decided to take advantage of the $1.00 wash and $1.00 dry machines and get our laundry caught up before our next move. I went for a fast walk twice around the loop. I did take a picture of this snake. Either a large garter snake or a bull snake. 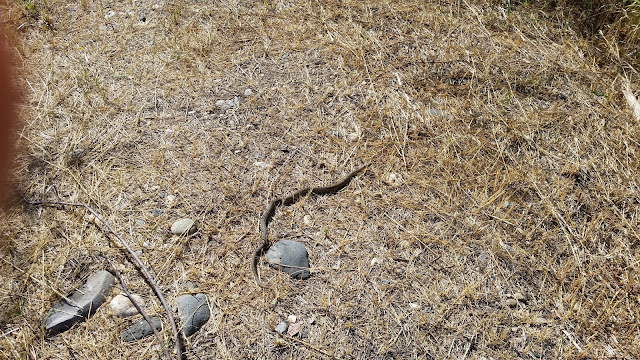 I just had to take a picture of the little Aristocrat next to us. What a cool little camper. He also had all of the retro camping gear. 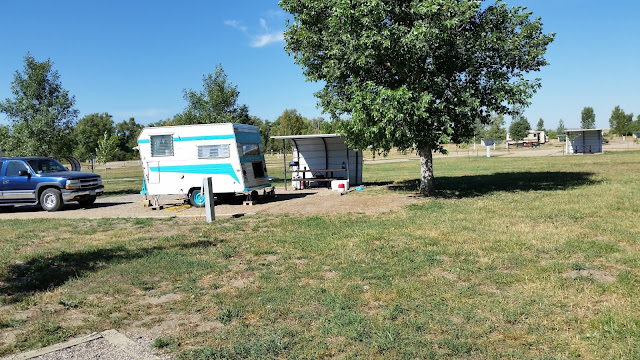 Well that was it for Yampa River SP. We really liked it there and stayed 4 days longer than we thought we would. I guess that is just how we roll.

Next stop is Dinosaur National Monument. All I am going to tell you is that we were shocked by this place. Come back to see why Dinosaur was such a surprise.
Posted by ktmissouri at 4:45 PM