I am writing this on Saturday, February 17. I have once again fallen behind in writing entries in this blog. We are in the Charleston area now. We have been very busy touring this area for the past 7 days. The areas of Savannah, Georgia and Charleston, South Carolina are amazing. They are full of interesting and historical sites and things we wanted to see. I will try to catch up a bit over the next few days.

On February 7, we decided to head to a beach area south of Savannah called Tybee Island. While we were touring Savannah the previous day, we had read about a cemetery that was called a "must see". It was on the way to Tybee Island, so we decided to check it out.

Bonaventure Cemetery is a very old cemetery. They have graves dating back to the 1700's. They also have many graves of famous people that lived in the Savannah area. I am not sure why, but we like to check out places like this. I really like the history and Kim enjoys finding the oldest graves.

We stopped to check out the military graves. Many dating back to the civil war along with some newer ones. 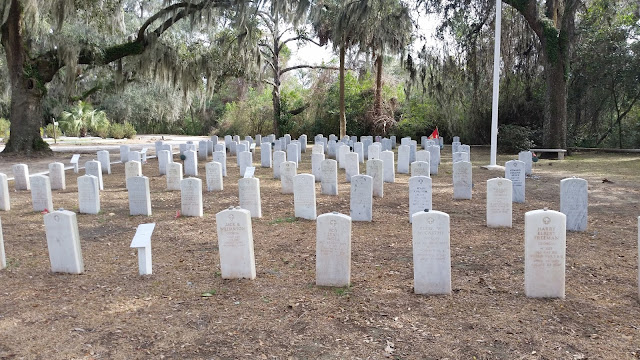 Then I found the grave of General Robert Anderson. He was a West Pointer and a General in the Confederate Army. He had to make the same difficult decision that many members of the US Army did in 1861. He was the chief of Police in Savannah for over 20 years after the war and worked hard to close the wounds with the north. 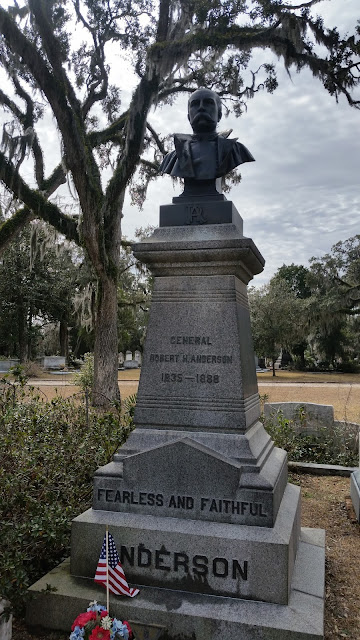 And then we have an early US Senator from the early years of our country. I have not done any research on him. 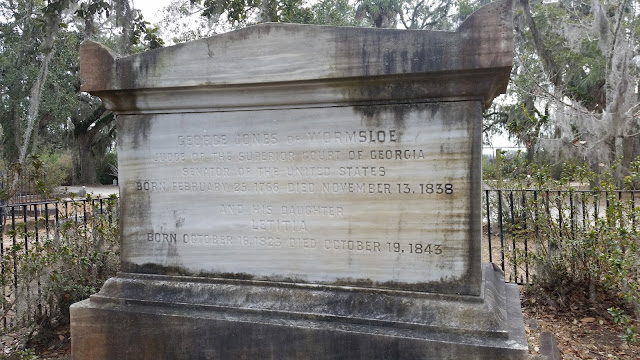 That may sound like a strange way to start our day, but we both enjoyed it. We then headed down to Tybee Island. We drove the length of the island and we really liked the laid back feel of the place. No big mansions, just comfortable beach homes. The beach is clean and beautiful.


We walked down to the pier and looked through a few shops. It was a quiet off season day and there were very few people around enjoying the warm sun.

There was one guy who was braving the cold water to do some kite surfing. He seemed to be enjoying himself.


It was pretty windy, but still a nice day. We had some gulls come down and fly right around us. They were actually within just a few feet and they just hung there. 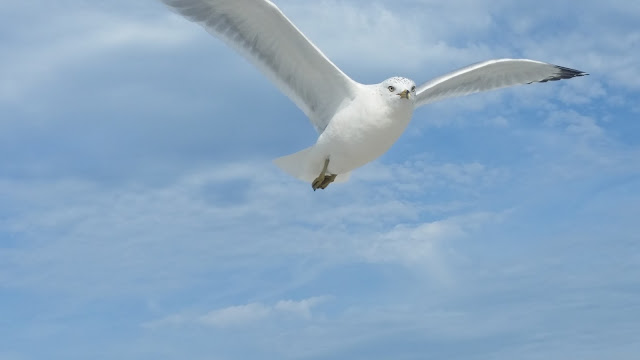 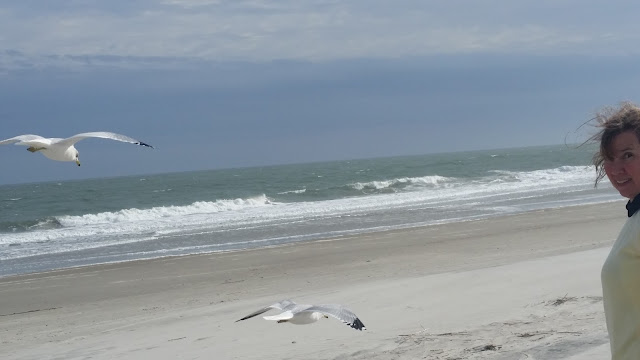 It was a fun day and we really liked Tybee Island.

While we were staying at the Happy Camper RV park in Hinesville, Georgia, we have been hearing some strange sounds. I will write about those strange sounds, and what was causing them, in my next entry.
Posted by ktmissouri at 4:03 PM