Sunday, January 31, was a very relaxed day. We had been out in New Orleans late the night before and were ready for a relaxed day. I was done with parades for now.

Kim spent the day, and I mean ALL DAY, sorting her loot and making a bead curtain.

I took a walk and looked for wildlife around the park. I did not see much wildlife, but I did see some beautiful trees.

Here is another angle on the tree I shot the other day. It is just amazing. 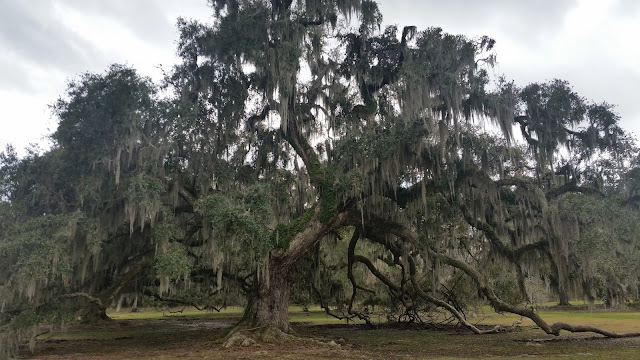 On Monday, February 1, we headed to Gulf Shores, Alabama. Our good friends, Bob and Rox are staying at Gulf State Park for 3 months. We met them last year in Texas and had a blast getting to know them. We were both fairly new full timers at that point and I was looking forward to seeing how their lifestyle has evolved.

We got settled in Gulf State Park and took a walk to the beach. On the walk down we saw some wildlife.


This was our only visit to the beach. The weather was not good while we were there with wind and rain, but that was fine with us and we just found stuff to do inside. 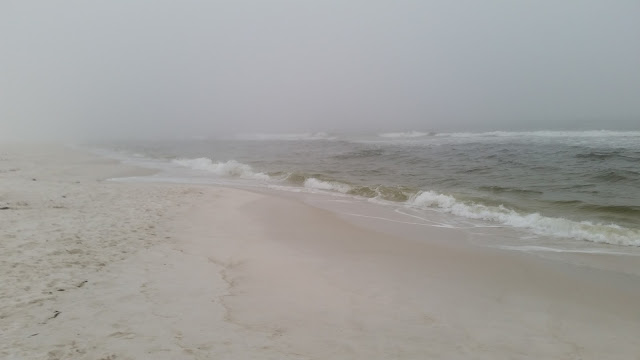 We sat up late the first night catching up. It is interesting how different our approach is due to many factors. The cool thing is that we are about the same ages and Bob and I have had many similar experiences. I guess it is just nice to talk to someone that really understands the day in day out of this lifestyle.

The next day we took a drive in their brand new Chevy dually. I had not ridden in a dually in a long time and I payed careful attention. That was good information to log in my memory. At some point in the next few years, I am planning to replace my truck. We went to a bar called "Florabama". It is right on the border and it looks like a fun place. We had to try the "bushwacker", those could be dangerous. The song "Day Drinking" came to mind. 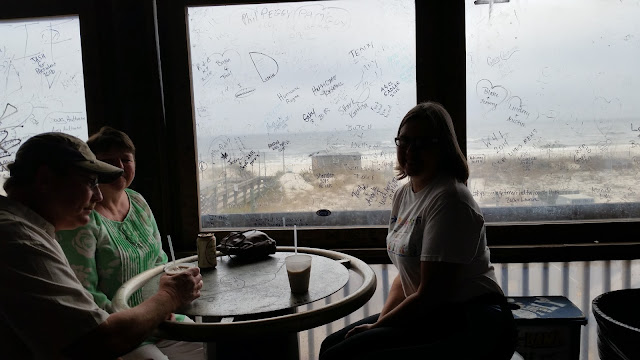 We went to eat Mexican with a bunch of their friends. It was a fun group and very welcoming to the new comers.

It rained much of Tuesday night and it looked bad for Wednesday. We decided to go to the NAS at Pensacola to see the Naval Aviation Museum. We had been there two years ago, just before I retired, but I was very willing to go again. The exhibits and planes are awesome. I will not bore you with a bunch of pictures of the planes, but here are a few shots of the day.


All I can say is if you have never been to this awesome museum and you are in the panhandle of Florida. GO! And guess what, it is FREE!

On our drive back we saw this cool double rainbow. 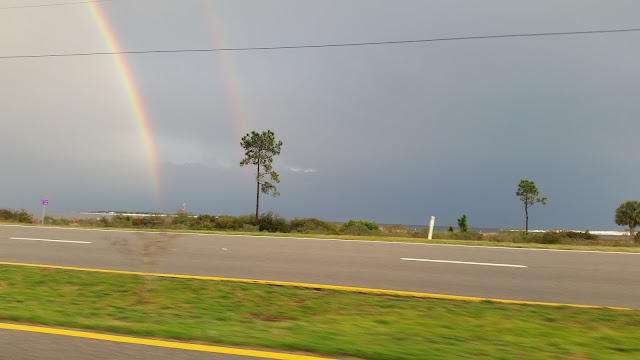 We fixed spaghetti at our place and really enjoyed the time together. We said our good byes with hugs and handshakes and then promised to get together again when our paths crossed. We will see when and where that turns out to be.

A quick review of Gulf State Park. It is a very large park with over 400 sites in an awesome location. The sites have great spacing and most have full hook-ups including sewer. Many folks come and stay for extended time during the winter. There is an active bike club and many other activities going on. The only problem is that it is very expensive. We spent $50 per night including resort fee and taxes. It is really too high for the market. Most are paying around $700 per month for this park on the monthly rate. Some areas are even higher.

We moved on to Blackwater SP in Florida on Thursday, February 4. Here is the contrast. This site is huge and is only $24 per night including all fees and taxes.

I am getting a bit ahead of myself. I will tell you all about Blackwater SP in my next couple of entries. I have been working on V-blogging. Come back to see how that works out.
Posted by ktmissouri at 9:21 AM