Final Days at Lake Granby and Moving On

I got a text from my Dad saying he and Mom were going to come up to see us one more time before we left the Grand Lake area. He said that he would arrive on Sunday, August 21 in the afternoon. To most people, afternoon means around 2 or so. Not to my father...Afternoon means 12:01, I should have known that.

I was thinking they would arrive about 2, so I decided to go fishing up on that stream below Cascade Falls in RMNP. I made the drive and then got ready to hike the mile in to the creek. Just as I was getting ready to leave the truck, three women started their hike. They asked me to pass, but I declined. They looked like they were going to be moving faster than I. Well, as it turned out we walked the whole mile together. We had a nice conversation about the full time RV lifestyle and their own plans to buy RV's and travel the US. The mile was over before I knew it. We parted ways and I hit the stream.

It was a perfect day with almost no wind and about 65 degrees. 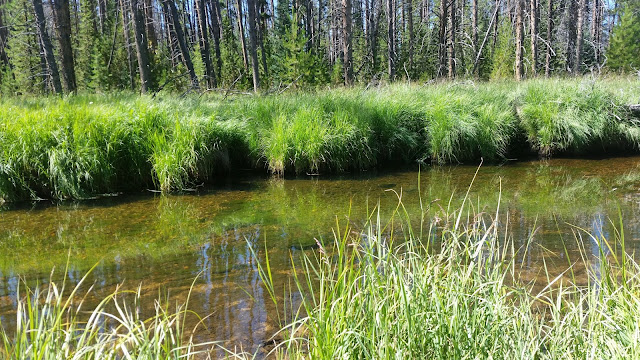 The trout were all over the stream, but extremely skittish. I tried to be very stealthy, but they were better than me on this day. I had a couple come up and take a look, but no takers for the fly I was offering. I really did not care, it was an amazing day and I was just soaking in the cool mountain air. 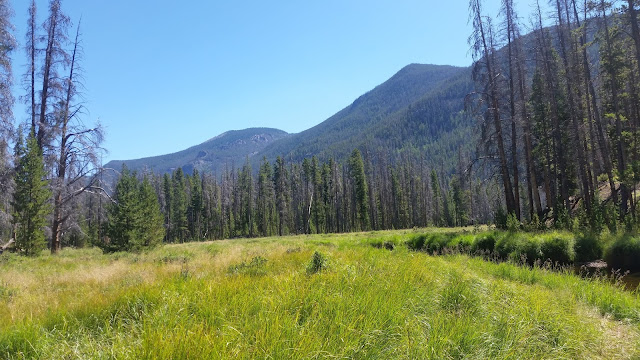 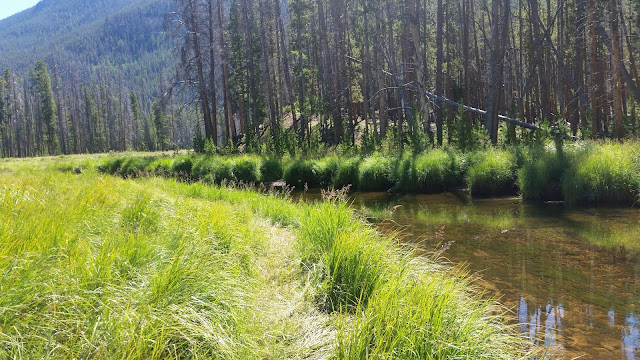 I checked my phone right about noon and saw a text from Dad. He gave his ETA as Noon or a little after. I decided that the fish weren't cooperating anyway, so I would head on back. I walked the mile quickly to work on my cardio. 3.3 MPH, not bad for 9000 feet. I stopped at the little grocery in Grand Lake Village and picked up some nice steaks for dinner.

I made it back by about 1 and I guess Mom and Dad had just arrived. I jumped in the shower and then enjoyed the afternoon visiting with them. Dad has been having trouble with his leg. At the time, he did not know what was going on, but he later found out that he had one of two conditions and the good news that both are treated the same. Hopefully, he will be good to go in a few weeks.

I fixed an early dinner, and then we went to their motel to watch the closing ceremonies of the Olympics. We did not get to see as much of the Olympics as we would like, but we did follow the results on an app on my phone. We still only have OTA TV and are still happy with that decision. It really is not about money, it is really about pushing us out of the trailer and getting out and enjoying the places we visit. I have to admit, it would be nice on rainy days.

I fixed some fresh blueberry syrup and blueberry pancakes for breakfast the next morning and then Mom and Dad got on the road back home. It was great seeing them and spending some quality time with them. They will be celebrating their 60th anniversary on September 8.

On August 23, we decided it was time to move west. We got everything loaded and got the trailer hooked up. We had stayed at Sunset point for 12 days. We really liked the campground and the hosts were excellent, but we were ready for hookups. Our batteries are very weak and we have been contemplating what is the best solution for us. More on that later.

We headed down to Granby and then West on Hwy 40. The drive was right along the Colorado river. Just after the town of Hot Sulpher Springs we went into a cool canyon. Kim took a few shots from the truck. 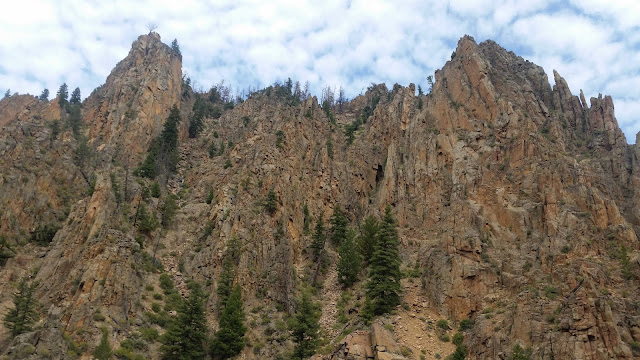 We drove on and I knew I had a large pass in front of me. Rabbit Ears Pass is only about 9600 feet. It couldn't be that bad... could it. We made it up with no issues. The drive was really pretty easy. Then there was a flat area for about 5 miles, then the signs warned of a 7% grade. This downhill was tough. It had almost no turns and no breaks all the way down to Steamboat Springs. About half way down, I could tell the brakes were getting hot and I decided to stop and let them cool. I checked the fronts and they were almost 500 degrees. The rest of the brakes including the trailer were around 200 degrees. We waited until all was back under 200 and then dialed up a little more trailer brakes and headed on down without incident.

We passed through Steamboat Springs and remembered being there with the whole family in 2006. We then drove on down the Yampa River Valley to Yampa River State Park. The park was almost empty and we backed into site 29. It is a big site with a HUGE cottonwood tree at the back corner. 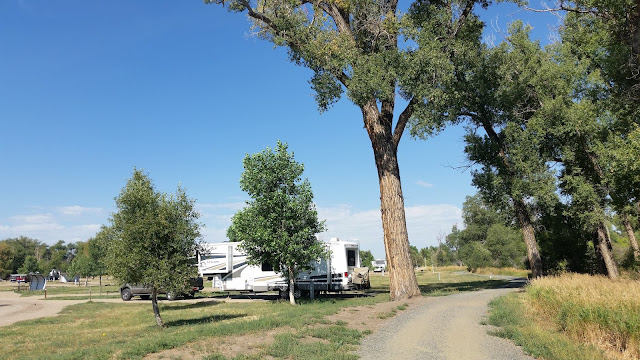 In talking to the ladies in the office, they told me that the river is not float-able right now due to low water and the fishing was not good. I was concerned and only paid for one night. My spirits came up a bit when I walked out to the rivers edge and saw some trout feeding on the top of the water along the far bank. Hmmm, maybe this place might not be so bad. Come back to see how our visit to the Yampa Valley turns out.
Posted by ktmissouri at 3:24 PM