On Wednesday, January 11 we left Kartchner Caverns SP and made the short drive over to Tucson. We went up to Tucson Mountain Park - Gilbert Ray Campground. As we drove up this road we were amazed by all of the Saguaro cactus. It is actually like a forest of tall cactus. This campground is a park run by Pima county. It is $20 per night for 30 amp electric. They do not have water at the sites, but there a a bunch of water outlets that are threaded for hose connection around the park. We parked right next to one and were able to fill our tank as we needed water. They have good 4G Verizon signal and only one channel on OTA TV. We really liked this park and decided to stay for 5 days to get through the weekend. One thing to note is this park has a 7 day stay limit.

The Saguaro National Park has two districts. We were within a mile from the Tucson Mountain District. This park has many miles of hiking and mountain bike trails. We were looking forward to visiting the national park and we also needed to go into Tucson to get some of the domestic kind of stuff done. I also wanted to sort out what was going on with my motorcycle.

I took a short hike around the park and got a few nice pics of some cactus. The thorny plants are kind of growing on me. 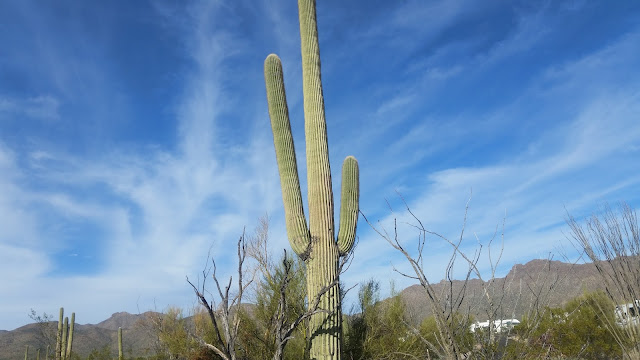 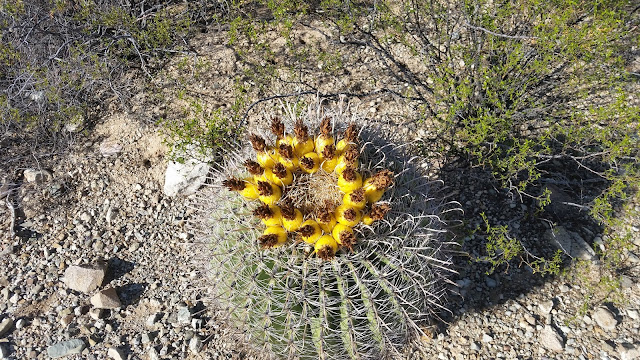 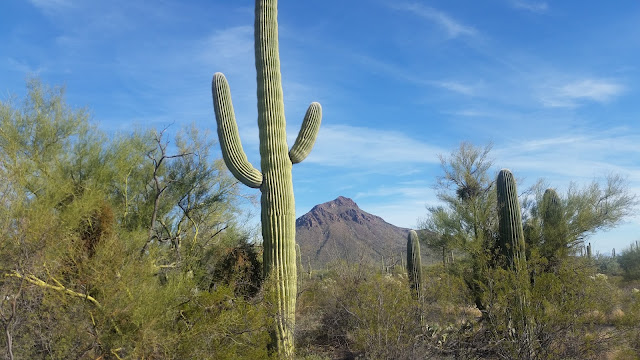 The mountains in the distance in this shot separate this park from the greater Tucson area. It makes you feel like you are way out in the desert when it is a 20 minute drive to the city. 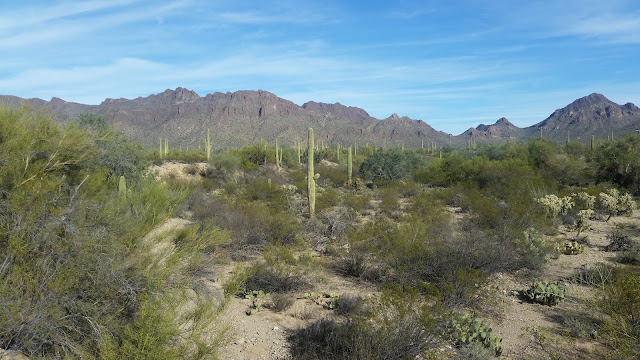 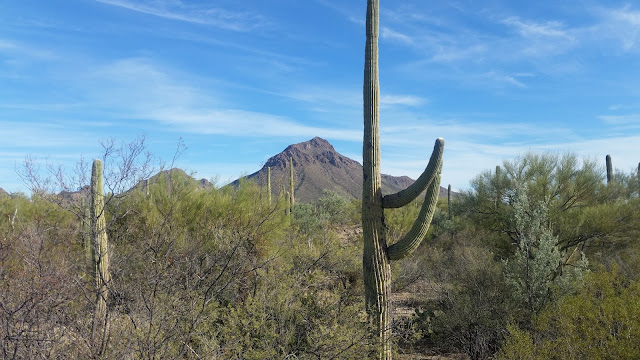 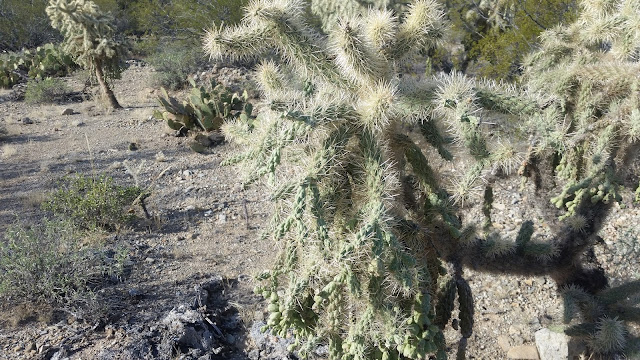 The weather was a bit unsettled while we were in the Tucson area. We had some warm afternoons with cool nights which we expected. We also had some rain which is rare for this area.

One thing we did like was the sunsets. We had some really nice ones. 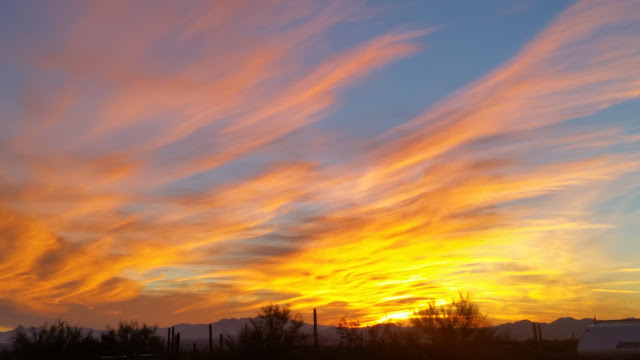 One thing I wanted to mention was what we found in our site when we arrived. Another full time RVer and blogger had written their logo and web address on a small rock and left it on the picnic table. They had stayed in the same site a week or so before we had. I sent them a note and they responded. I have now added them to the list of blogs I follow. I won't publish their link without permission, but what a cool way to connect with fellow travelers.

We did a few fun things while we were in Tucson. I will write about that in my next entry. We are in the Quartzsite area now and are planning to attend a blogger fest on January 28. I hope to meet some of the other bloggers I follow.
Posted by ktmissouri at 12:33 PM