I am writing this on March 22 from our camp site in Coulterville, California. We had decided to move today, but it is raining and we have not made a decision if we are moving or not. The flexibility of this lifestyle is awesome. (edit: The internet connection was so bad, I could not upload the photos, so I had to finish this on March 23)

I was looking at my pictures and trying to decide how I was going to break up our time with Shannon, Brian and Amelia. It amazed me how much we did in one week. It is also amazes me how little we have done since they left.

We knew our daughter and SIL were going to be flying into San Franciso (SFO) at about 11AM. We decided to go down to Castro Valley BART station and ride the train in to the city. We would just meet up with them along the way and they could take us back to our truck on the way to the campground. We got off at the Embarcadero stop start walking along the bay front. It was a beautiful day.

It was a Saturday and there was lots of activity along the water front including a farmers market and food booths and street entertainers. I kind of liked this sculpture. 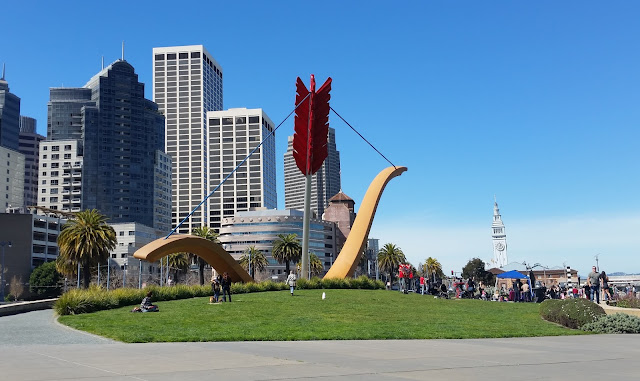 I liked this shot of the Bay Bridge: 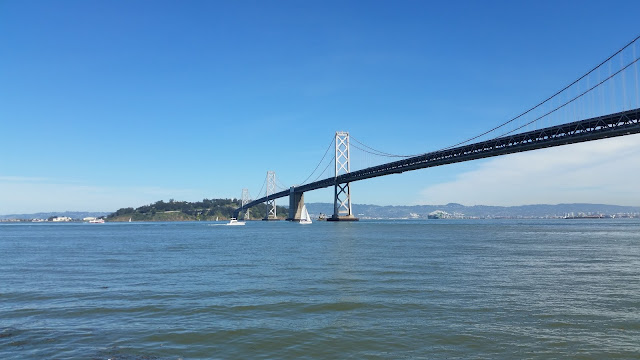 We walked for a ways in the direction of Fishermans Wharf. We finally stopped for a beer and some fish and chips at Pier 23. They were very good, but we got a taste of the cost of San Francisco dining. ($35 for 1 beer and the F &C) It was in that area that Shannon caught up with us.

We stopped by the National Park boat tour for Alcatraz. Brian and Shannon were really interested in doing that tour. They made plans to do the tour on Tuesday. Kim and I decided to take that day off and spend it with Amelia. She has grown so much since the last time we saw her 5 months ago. Here is a shot of the "Rock" Alcatraz: 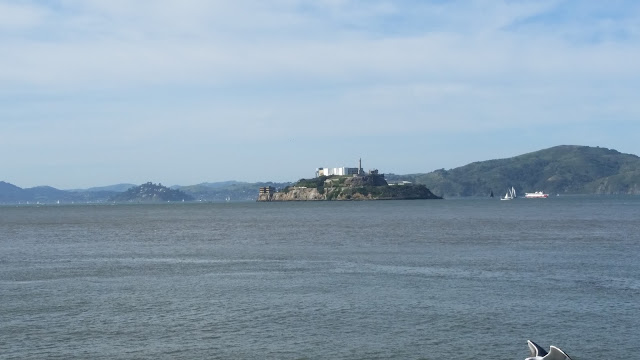 We decided to start driving around the 49 mile tour in their rent car. The 49 mile tour is a marked tour that you can see on line that includes all of the major sites in San Francisco. I like these two shots of this very pretty city: 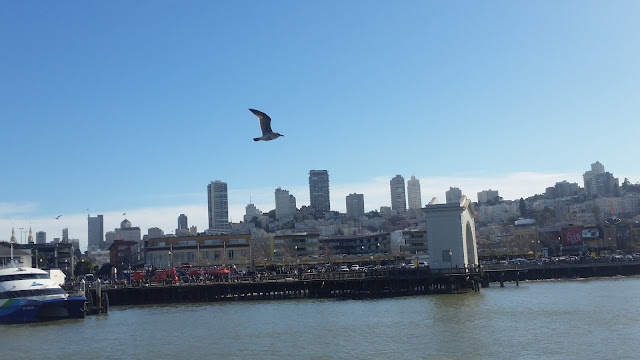 We drove to the area around the Golden Gate and the Presidio. It was getting close to sundown so we stayed and watched the sunset.

You may notice that there are a few more shots of Kim and I. It works like that when we are are with Brian and Shannon. They are both very active on Facebook and take a lot of pictures. 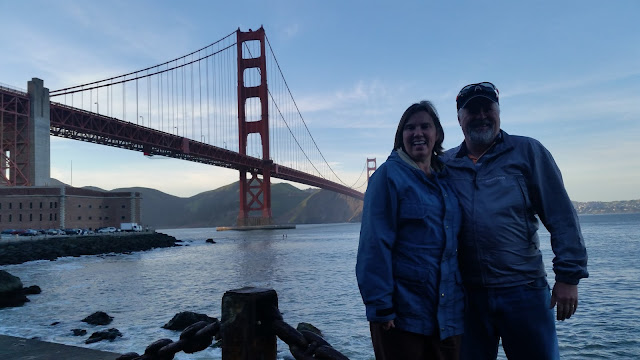 We moved over to Fort Point to get some unique angles on the bridge and to see the fixed gun emplacements. Many of those emplacements date back to the Civil War. They were beefed up for WW2. 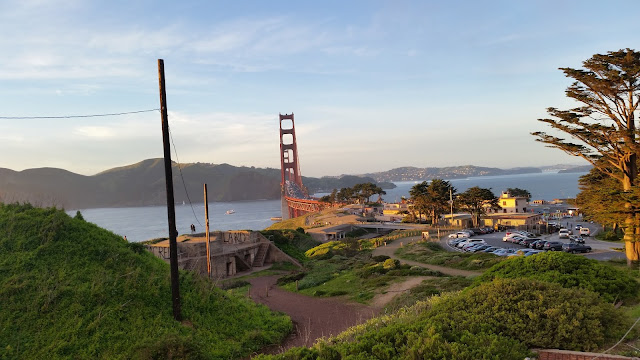 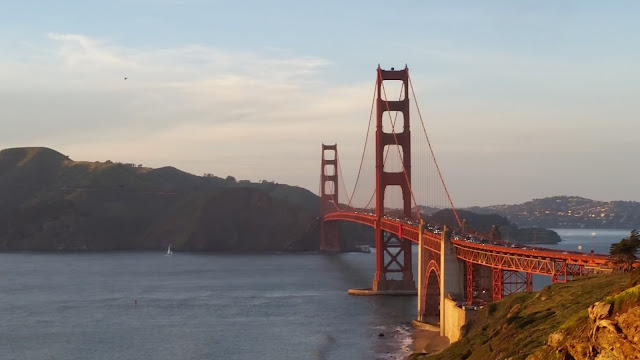 The wind was blowing in off of the Pacific and it was very cold, but we hung in there and watched the sun pass below the horizon. 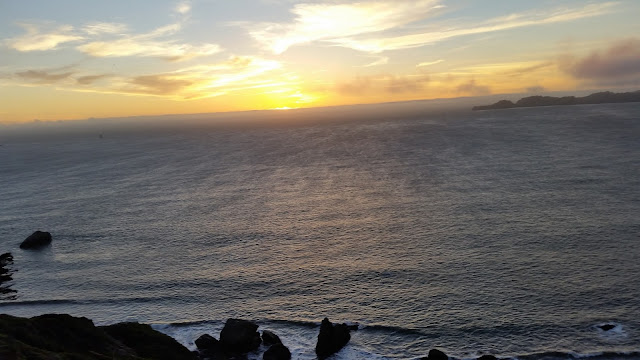 We then made the slow drive back over the bay bridge to our campsite out in the woods. It is an amazing experience to make that transition. That was day one, we would be up early the next day to have a totally different experience. I will write about that in my next entry.

Posted by ktmissouri at 6:16 PM