On March 13, we headed back into San Francisco. It is abnormal for us to spend so much time in a city, but San Francisco is a special kind of city and we were enjoying walking around the city and seeing all of the famous sites. I am finding the history of the city very interesting. Brian, Shannon and Amelia had never been to San Francisco, so this was all new to them. This was Kim's second visit and I have been to the bay area many times on business. Here is a shot of the city on this nice sunny day from the Bay Bridge looking at the waterfront. Alcatraz to the right and Telegraph Hill to the left with Coit Tower at the top. The Golden Gate is in the background. Not a great shot, but I just kind of like it. 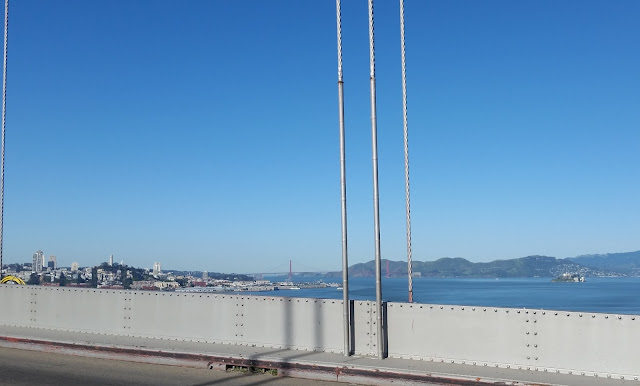 We decided to start the day with a walk around the San Francisco Palace of Fine Arts. This was originally constructed for the 1915 Panama-Pacific Exposition in order to exhibit works of art presented there. It was only expected to last a year, but the city loved it and it has been rebuilt many times. It is a nice place to walk around the lake. Amelia loved the ducks, Swans and other birds. 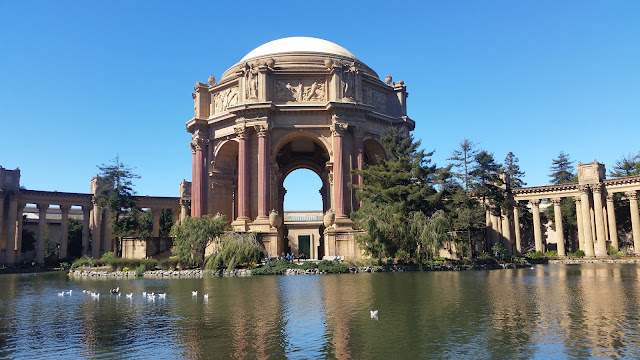 We then went down to the waterfront to check out the San Francisco Maritime National Historical Park. Our National Parks Pass got the entire group in free. 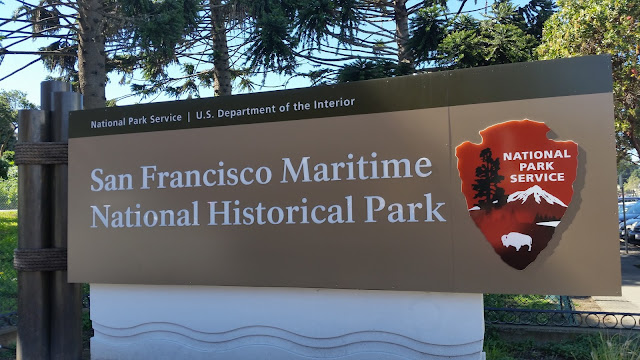 We joined a tour group inside one of the larger ships. This one is made of all wood and is being carefully restored. Many of the ships here have been restored at this location. 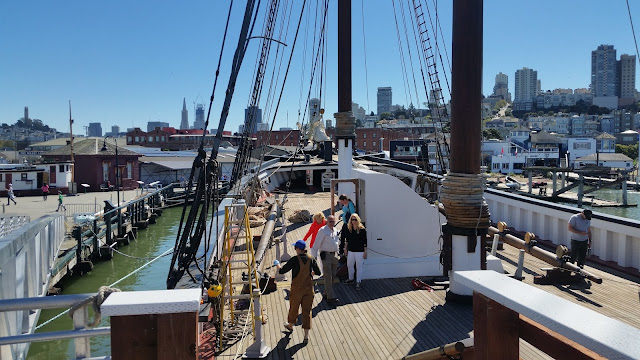 We then toured the Balclutha. It is a large 3 masted, steel hull cargo ship. They have done an amazing job restoring it and creating exhibits throughout the ship. 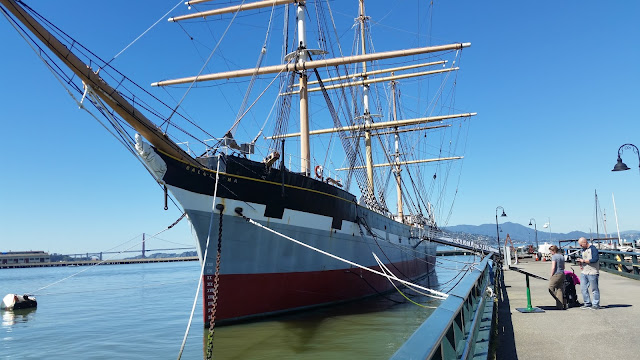 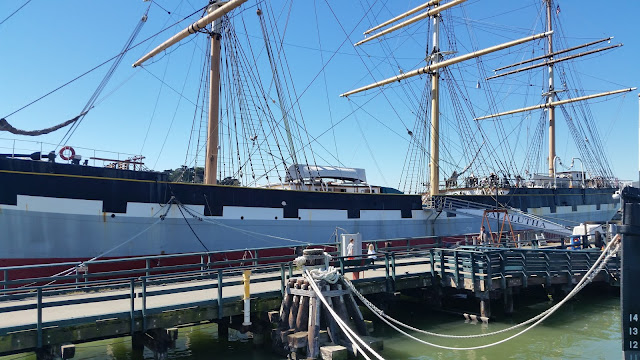 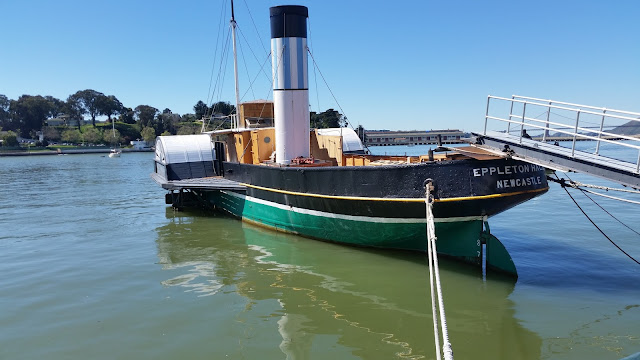 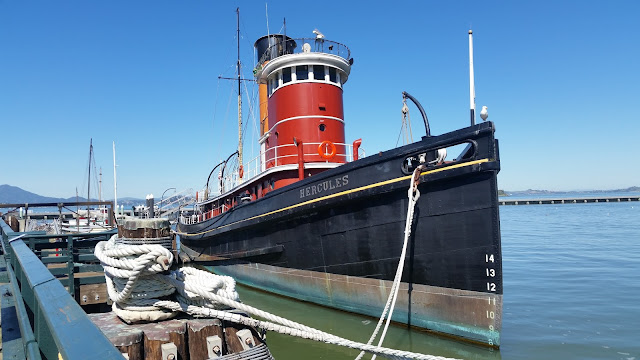 There were some sea lions on the docks making the usual racket. Amelia loved that! 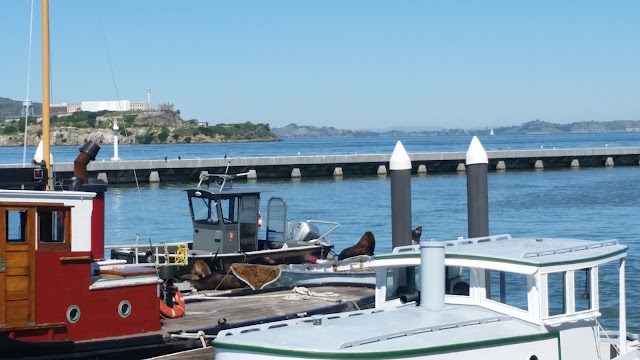 They also had a restored San Francisco Ferry complete with some awesome restored classic cars. 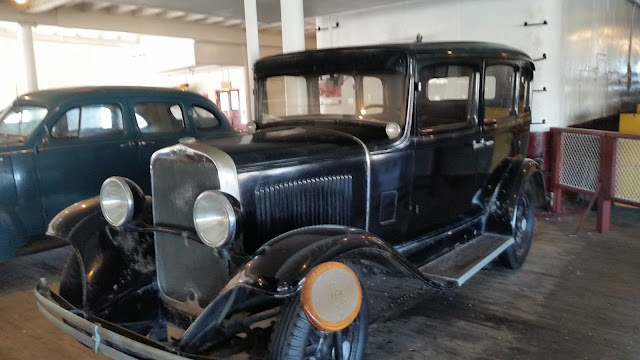 We then moved on to Fisherman's Wharf. It was time for lunch and we were expecting to spend a pretty penny. As it turns out, there is an In and Out Burger store in the area and Brian wanted to try one. They had normal prices and I had a lunch that tasted great and was less than $9 for Kim and I. And I enjoyed it much more than the expensive dinner from the day before. I guess I am a man of simple tastes. (I guess that goes along with my simple mind) 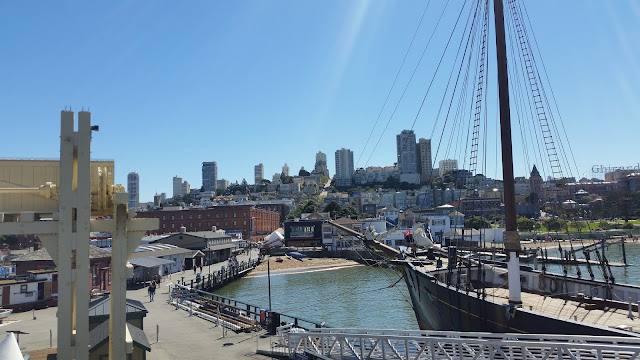 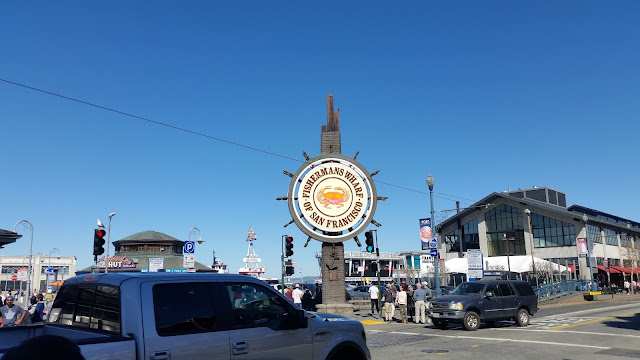 We stopped at a classic arcade and checked out all of the antique coin operated machines. Amelia loved the monkey band. 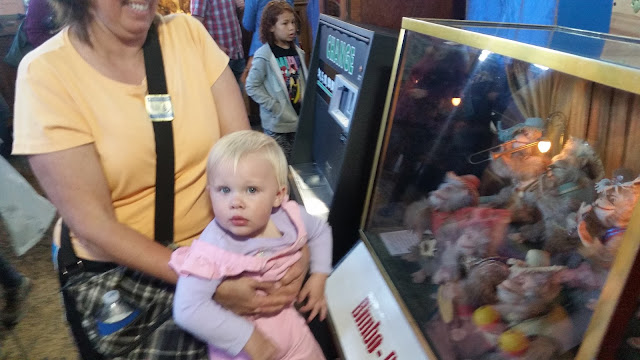 There were two vessels parked along the wharf. They were giving tours, but we have been in WW2 submarines, so decided not to go inside. They also had a Liberty ship. I will not explain their significance, but they are also very important to the success of the Allies in WW2. 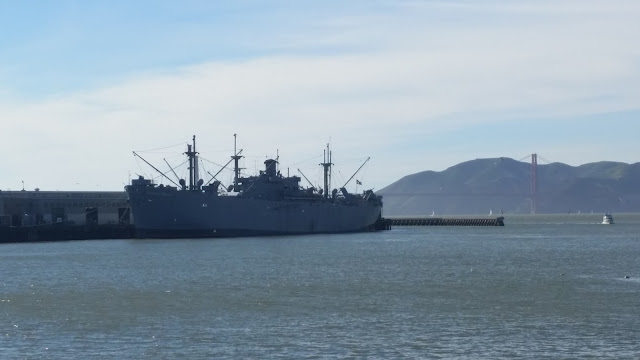 At that point we were a bit tired and decided after a stop at Ghiradelli Square, we would head back to the campground. We really wanted to beat the rush hour traffic, but that seems to go on all day. We stopped at the Chabot Lake for a nice walk around the lake. Kim and I found a bench and enjoyed the nice late afternoon.

We made it a shorter day because we were moving across the state the next day. We were heading to one of the most awesome places on the planet: Yosemite National Park! Come back to see the beautiful sights and find out how I got that picture on the header of my blog. That one comes with a hefty price tag.
Posted by ktmissouri at 11:40 AM