A Quick Stop in The Upper Columbia Gorge

We left Prineville State Park on Monday, August 3. We wanted to move north to within easy driving distance of the Yakama Valley, which was our next destination. Looking at the map, there were not a large number of options. We decided to do something we have not done on this trip, we went back to a campground we have been to before. We went to Le Page Park, which is a COE park located at the confluence of the John Day and Columbia rivers. We really like the park and the price is right. It was going to be a short stay because we had the dreaded reservations on the night of the 5th in Prosser, Washington.

This park is surrounded by large hills with volcanic rocks on them. It is a very pretty setting. 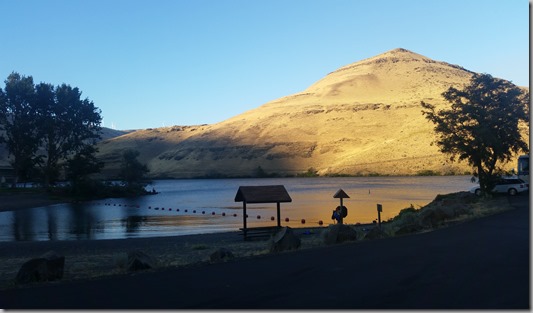 Here is a shot up the john Day River: 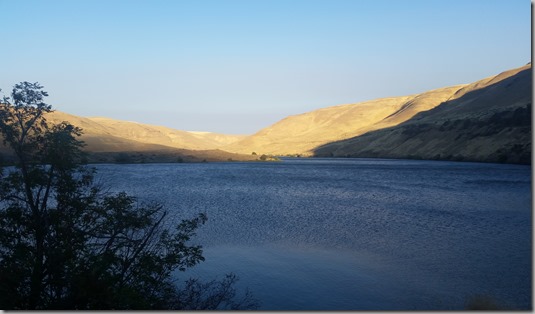 While we were there we decided to take a short trip down the gorge to The Dalles. There is a dam there and I wanted to learn more about the building of the dam and how in impacted the native population of the area.

On our way to the Dalles we saw this grass fire. It looked like they had it pretty much contained, but it blackened a couple of the hillsides. I am sure that is a constant battle in this very arid climate. This shot is looking across the Columbia River. 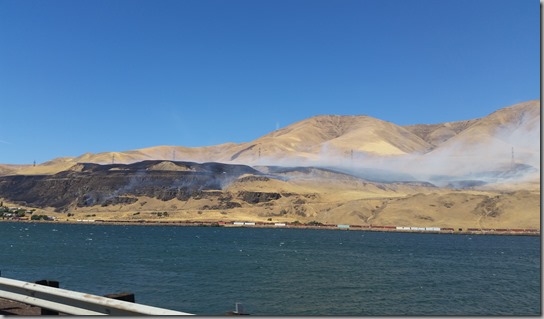 We were not able to take a tour of the dam, but we did go to the visitor center and watch a movie about the building of the dam. I was once again impressed by the COE presentation. It fairly covered the controversy of the dams on the river and the impact to the native population. Here is a shot of one of the spillways at the dam. 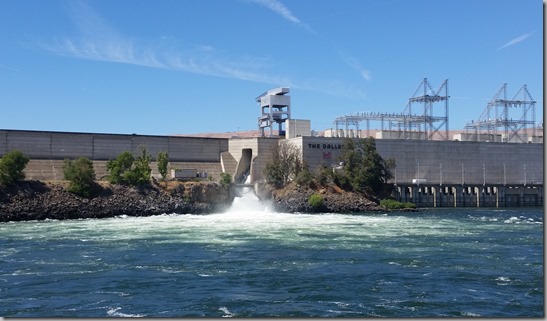 They have fish ladders on this dam. This allows some of the salmon to move up stream. Even the COE admit that the dams have decimated the Salmon population. The dam inundated the Celilo falls. This was a significant fishing area for the native Indians of this region. They have been here for over 10000 years. They still have a few platforms to do some fishing along the river downstream from the dam. 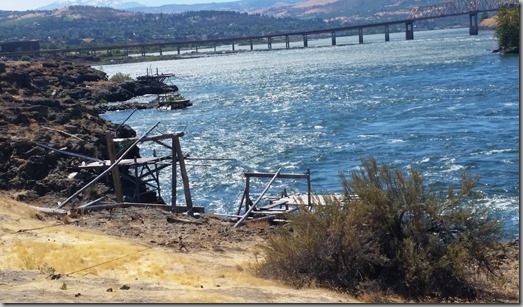 We had some nice views of Mt. Hood over the top of the city of the Dalles. 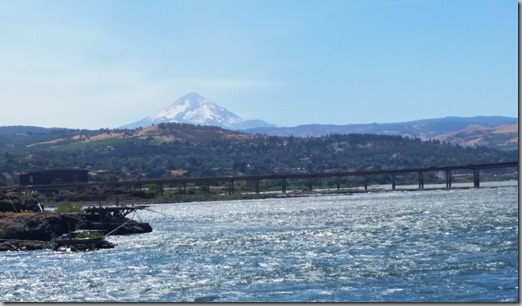 We stopped a produce stand that was in an orchard in the Maryhill area. This area has a large winery and a few fruit orchards. The peaches are very good and we made a significant purchase.

Well that is about it for this short entry. I just wanted to get something posted to keep the blog alive and segway into our time in the Yakama valley. Come back to learn more about wine and how that has impacted the valley.