On Sunday, August 16, we went to church in Anacortes. It was a very beautiful local church. We sat behind a family that was celebrating their son leaving for the seminary the next day. It was a unique experience. We enjoyed a quiet day and then went for a walk in the evening to see the sun setting. Yep, more sunset pictures over the San Juan Islands. 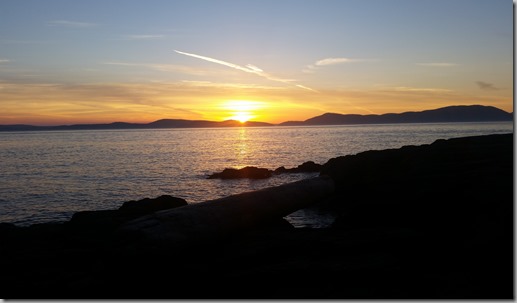 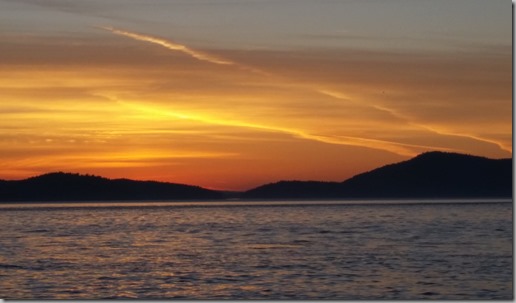 On Monday, August 17, we decided to make the short drive to North Cascades National Park. They have a cool entrance sign. 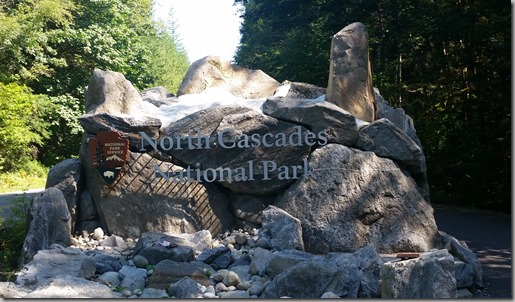 We went to the visitor center and watched a very good film on the park. It is a lightly visited park because it is mainly accessed by hiking trails. Most of the trails are very steep. The high peaks are the star of the show, but much of them are hard to see from the park, they are blocked by other peaks. Don’t get me wrong, it is a beautiful park, but much different than many of the others we have been to. Here are a few shots of the beautiful area. 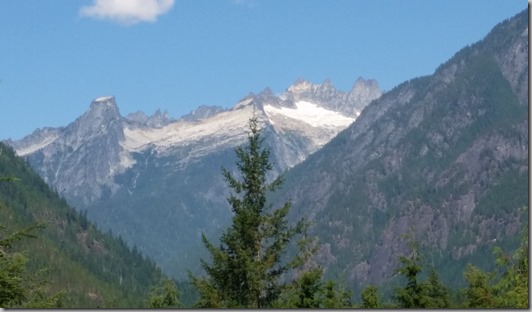 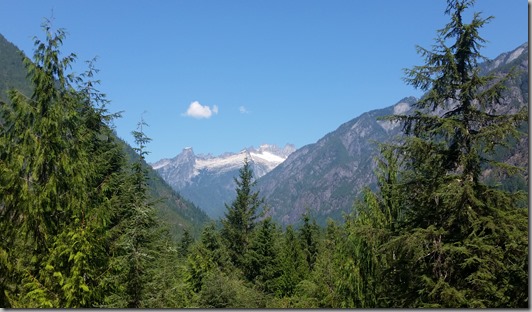 The park has the largest concentration of glaciers in the lower 48 states. It has been a very dry year. We even saw a small fire up on one of the hillsides. 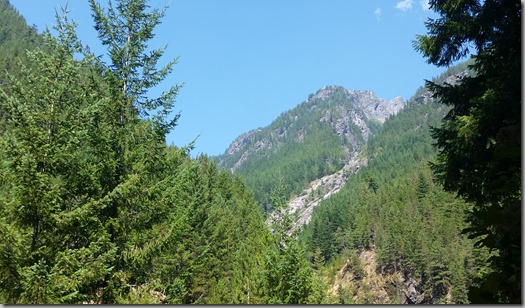 I am sure these mountains are normally covered with snow, but it is late August in a very dry year, so most of the peaks did not have snow on them. The highest is about 10,000 feet. The Skagit River runs through the park and is very pretty. They built dams on the river earlier in the 20 century. It always makes me wonder what the area would be like without the dams. We drove up to Diablo lake to look at doing some paddling. 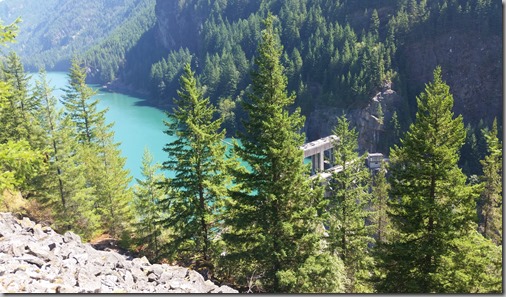 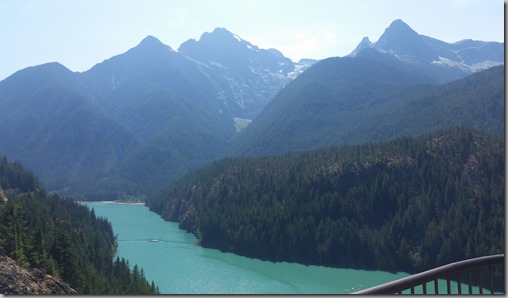 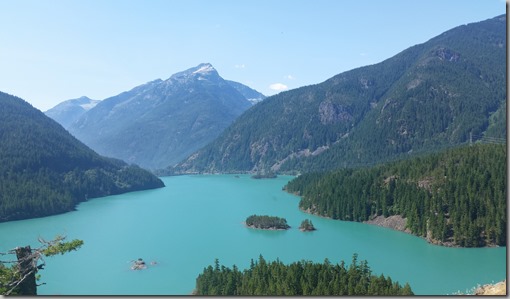 The winds came up and we were just not feeling like it, so we did not get the boat out. We had  a picnic lunch by the side of the lake. 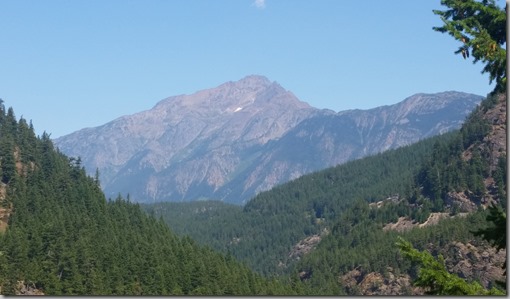 The drive through the park is not very long and there is not much to do if you don’t feel like hiking up a steep trail. We did find a trail through an old growth forest and took the mile walk. The trees were pretty impressive. We also saw a cool waterfall. 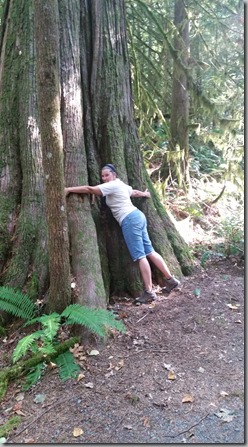 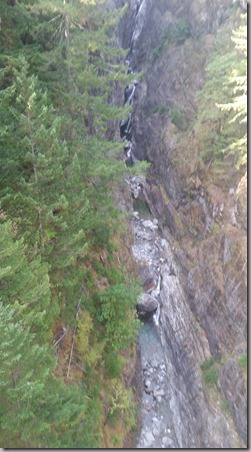 These trees were mostly Western Red Cedar and Douglas Fir. Some were more than 1000 years old. It would be amazing to see what they have seen in all of those years. 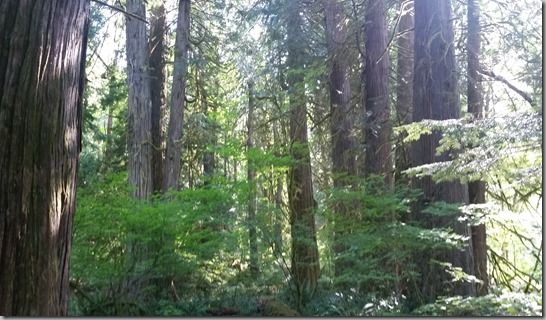 We made the 70 mile drive back to our campsite in Anacortes. We liked North Cascades NP, but came away a little disappointed. Maybe we were in a bit of a funk that day or maybe we should have done more hiking. Whatever it was, the park is still very impressive and should be protected. It is just not as accessible as some of the other parks we have been to. I did get irritated by a couple that was at one of the overlooks. They did not think the signs were intended for them and they jumped a barrier to get a selfie out on a rock. If they had only walked another 50 feet they would have had a much better picture on the correct side of the barrier. I did not say anything to them, but Kim just grabbed my hand and led me in the other direction.

I have talked to rangers about this issue and it does get some reaction. The National Park Service has a difficult line to walk. They are there to protect these very special places, but they also want people to enjoy them. The problem is that some people don’t respect them and won’t stay on trails and have no respect for the place. The rangers have a very difficult job. I have to admit, the more I visit the National Parks, the more I respect them and the more it irritates me to see others not respecting them. Rant over…

We have at least one more park to visit while we are on this trip. I am really looking forward to seeing Olympic National Park.

We still have a few more adventures while we are in Anacortes including a visit to our neighbors to the north. Come back to see if they let us in Canada and more importantly let us back in the US.

We did see on the news that an area just west of the NP had a series of fires over the past few days. The town of Twisp is only about 20 miles from where we were. Twisp is where the three firefighters were killed. Very sad for those Washington State families.

As Texas now knows, after we leave a place it usually rains. Hopefully that will hold true with Washington State. They really need moisture.

Please respect your National Parks! Or I may just have to tell you what I think of you.