On August 24, we decided to make a move closer to the northern end of Olympic National Park. We chose a campground that looked pretty good and headed in that direction. We did not have a dump station at the Oak Bay park, so we wanted to do that along the way. We tried the Escapee park, but they would not let us dump without being members. Even with a fee. We have not become Escapee members because we have not seen one of their parks that we would like. I like the concept of the organization and someday we may decide to join, but for now we choose to go our own way.

We then came to a sign for Dungeness National Recreation area. There is a county run park right next to the recreation area that has a dump station. We decided to check out the park and it looked pretty nice. We found a cool site right on the bluff overlooking the strait. We decided to stay the night. That was a fateful decision. I will explain as I go along. After getting set up we decided to go check out the wildlife refuge.

The wildlife refuge is a spit of land that protects a small bay. There is a long beach that goes 5 miles out to a lighthouse. It was a beautiful day to go for a walk on the beach. There was some large logs that had washed up on shore. Some of the biggest driftwood I have ever seen. The next day, we saw some that made this driftwood look like sticks. Our son Mark on the beach. 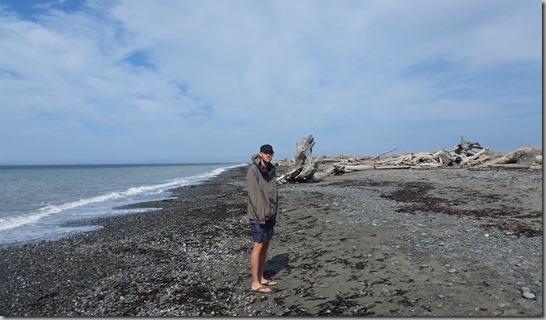 Mark and his mom having some fun on the driftwood. Mark is 6’4”, so take that into consideration to get the size of the wood. 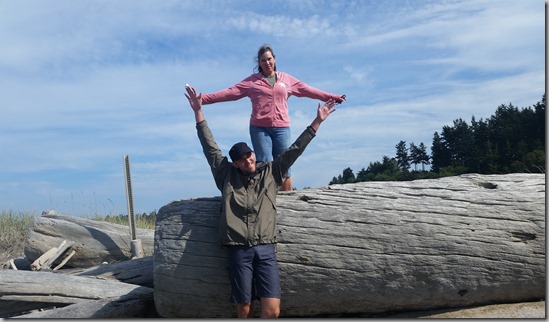 We really wanted to go paddling here, but it was pretty rough and there was no easy way to get the boat to the water. We did get to see some large ships heading out to sea. We decided to head up to Crescent Lake to do some paddling and check out the campground where we were planning to stay. When we got to place where Google said the campground was, there was just a pull-out. No campground at all. It would have been bad to get all the way up here and then have to go looking for a campground. That is the first time I can remember Google failing me on directions…very strange.

The winds had come up on the lake, so we went to the far end. Crescent is a huge lake, so that took a while. We found a place to launch. Here are a couple of shots of Mark and I paddling. Kim, set up her hammock and just read while we were on the water. 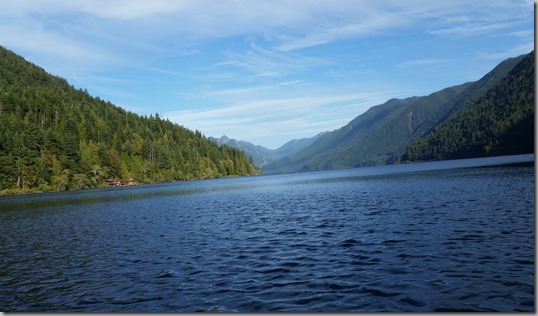 The water in Crescent lake is clear and surprisingly warm. We had a good time going for a short spin in the Sea Eagle. 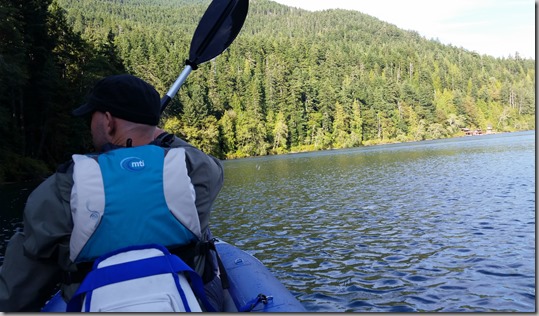 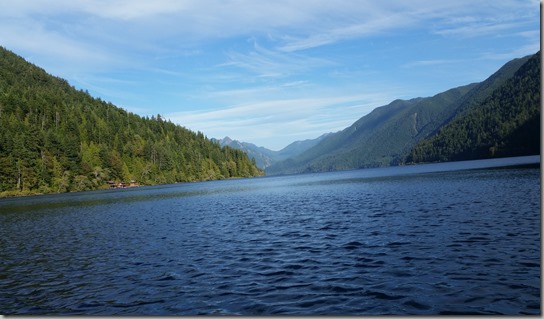 We got the boat put away and I stopped at a local store to see if they knew where this campground was. It turns out it is 9 miles further. The location was off by about 12 miles. We decided to check it out. The campground is very tight and would be very difficult for us to fit in there. There is one site that might work, but it was taken. We were very glad that we had decided to stay at Dungeness. When we got back to camp the sun was just setting. I got this one shot from right behind the rig before I went back and made dinner. We really enjoyed the day with Mark. 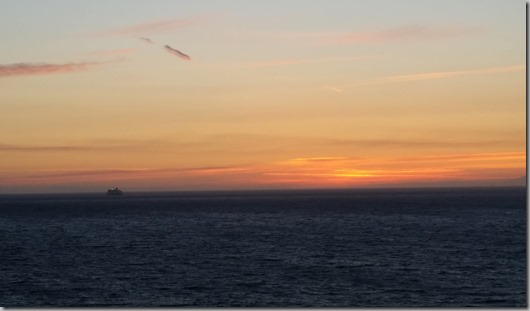 Mark and I spent the rest of the evening having one of our very in-depth conversations about politics and life. He is my one child that likes to talk about that kind of stuff and I really miss him and miss those challenging conversations. We talked until after midnight. I love you Mark, I miss you already.

Posted by ktmissouri at 2:37 PM