On August 18, we got up very early and caught a ferry to Sidney, BC. As I said in my previous post, we drove the truck to the ferry landing and paid the $10 for parking. I like to park next to other trucks, so I saw a silver Chevy and parked next to it. I will explain why that is significant later.

We got on the ferry and enjoyed the first voyage to San Juan Island to pick up other passengers. It was a beautiful day to stay outside and whale watch. We had a sighting on the boat, but I was not quick enough to get a look. The marina in Friday Harbor had some beautiful boats on the outside slips. 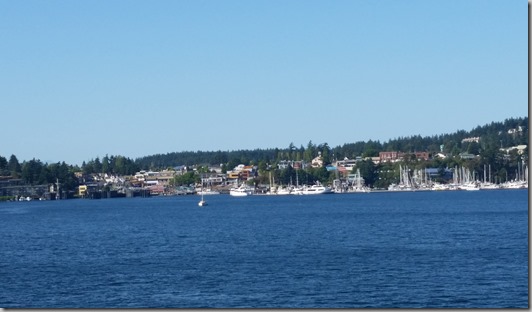 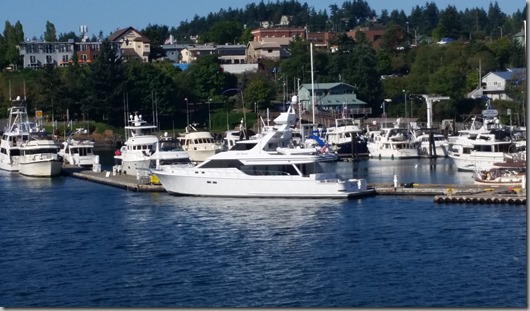 While we were waiting to depart Friday Harbor a float plane came in and landed and then left again. 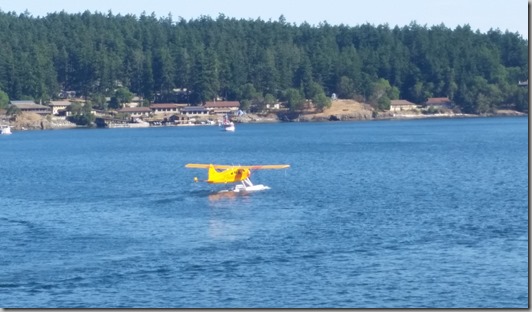 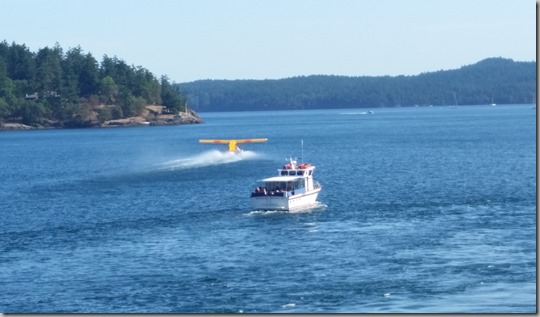 We had a nice ride over to Vancouver Island. The entire San Juan Island group was just beautiful. After about an hour we docked at the small port town of Sidney. We cleared customs and all went fine. The only problem was that they did not stamp Kim’s passport. One of the primary reasons that Kim wanted to make this trip was to use her passport. We had purchased our passports 10 years ago and she had never used hers. She really wanted that stamp, but there was no going back to get it. 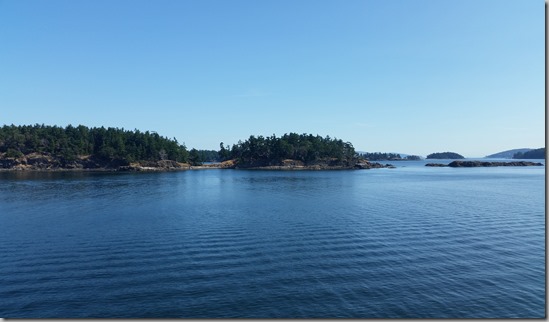 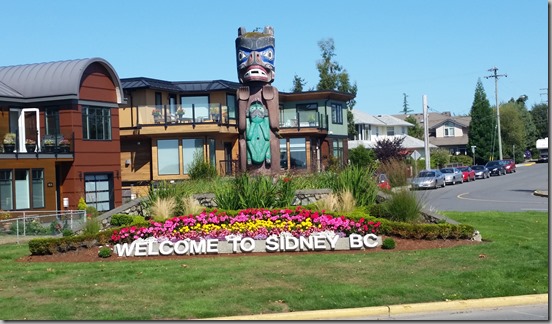 It was a clear enough day to see Mt. Baker all the way back in Washington. 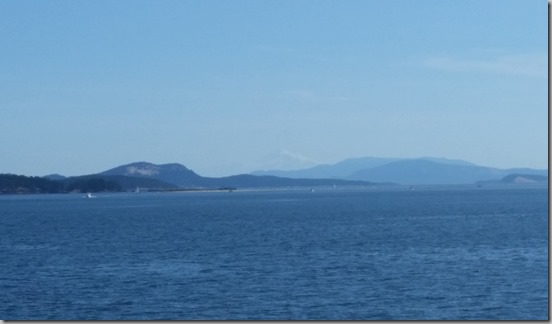 We walked around the downtown area and along the waterfront and decided to just stay in Sidney. We had looked at taking a bus to Victoria, but we knew it would be too much to do in 1 day. There is a nice park in downtown with interesting sculptures and a stage patterned after the Sydney opera house in Australia. 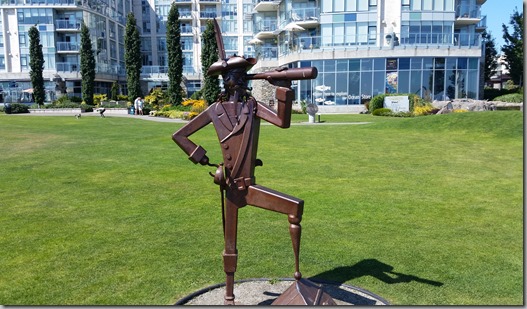 They have a nice marina there. I like this shot of the mountain through the sailboat masts. 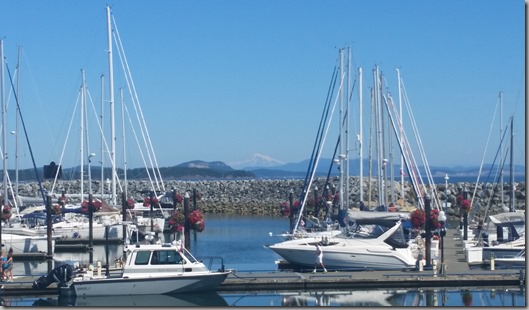 Kim made a new friend. Kind of the silent type. 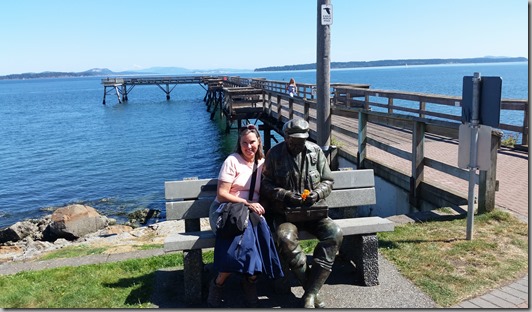 The flowers were just beautiful. I really liked these purple ones. 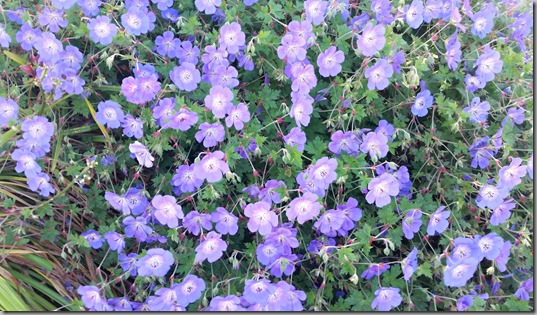 It was a fun day. I even got to have some sushi for lunch.

When we got back to the ferry to go back to Anacortes, we started chatting with a couple that was next to us in line. I could tell she was from the south from her accent and found out Sue is from Louisiana. Sue is married to Johnny and they live in Corpus Christi. It is amazing to think that we were in Corpus on this trip. That was such a long time ago. 7 months to be exact. Here is Johnny and Sue: 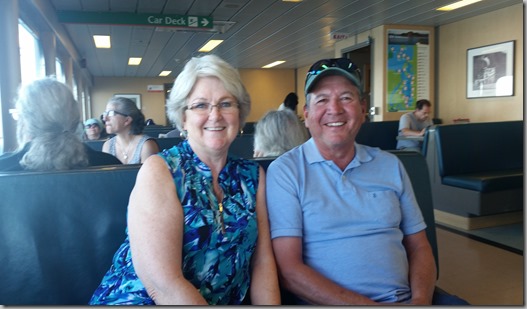 We love meeting new people and these two were a real treat. We invited them to sit with us during the voyage home. It was a blast getting to know them. When we got off the boat in Anacortes, we walked to the parking lot together and guess who was driving that Chevy parked right next to us. Yep, it was theirs.

If you guys are reading this, Safe travels back to Texas and we hope to see you the next time we are down that way.

We have been busy while we have been in Anacortes. We still have one more adventure to tell you about, but that will wait for my next entry.

The lesson for today is: Take the time to meet new people. Our lives have been so enriched by the people we have met.