On August 12, we moved north from Enumclaw to Anacortes, Washington. We had to go around Seattle, which is known for its traffic, but we did not have a bad time. We got an alert from Google that there was an accident in front of us and asked us if we wanted to reroute. We did, and ended up getting off of I-5 and took a beautiful drive out through the country and we saved some miles.

We wanted to go to Anacortes because it is right on the water and has a ferry landing that takes boats to the San Juan Islands and Sidney, BC. We can also drive the other direction about 60 miles to get to North Cascades National Park. We looked around and found a city run park called Washington Park. It is on the tip of the peninsula and has a nice protected old forest. The campground is kind of dark in the woods, but is very cool and comfortable. The forecast was for highs in the low 70’s and lows in the 50’s – perfect! Here are a few shots of the area. That first evening I took a walk around the campground and boat launch. 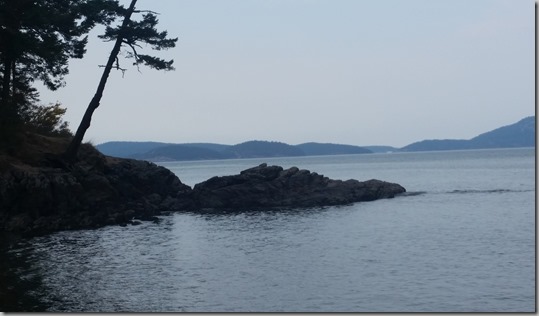 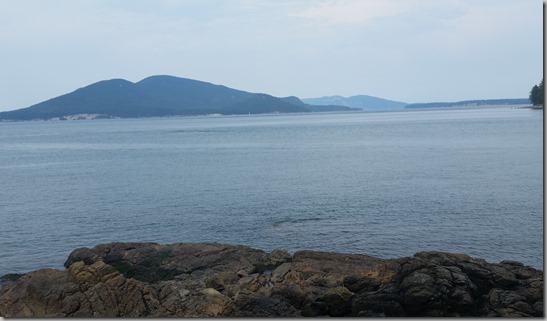 We have had a number of camp spots lately that were near railroad tracks. When we arrived I joked we won’t have to worry about a train here…but, we may hear a fog horn. The next morning was foggy and we both laughed out loud when we heard the loud Fog horn of the ferry as it was coming into the landing. I guess that is the bad part of having the ferry landing within about a mile of the park. The good news is we can walk over to catch the ferry and save the $10 parking charge.

On Thursday morning, I decided to walk the “loop”. This is a 2.25 miles paved road/trail around the park. It is a beautiful walk and one that should not be missed. I got a few good shots of the fog settling in over the islands. 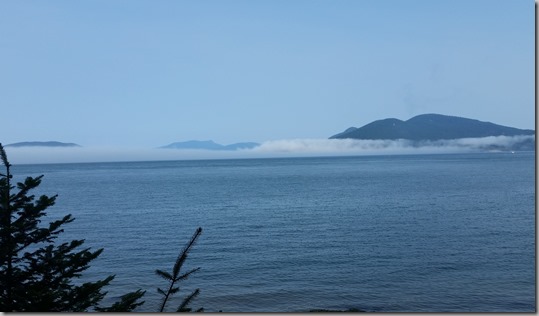 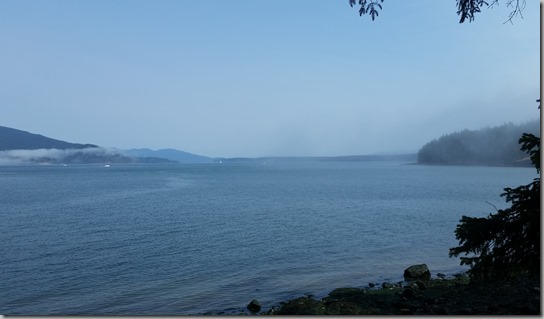 Here is one with a ferry in it. 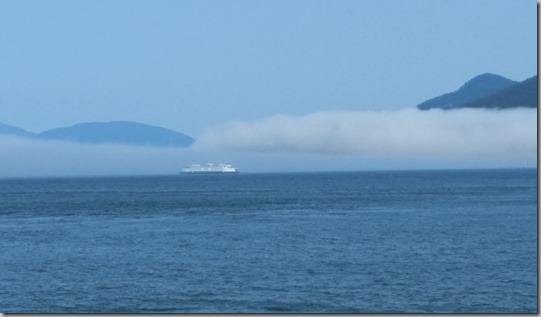 Here is a shot of a Harbor Seal swimming by: 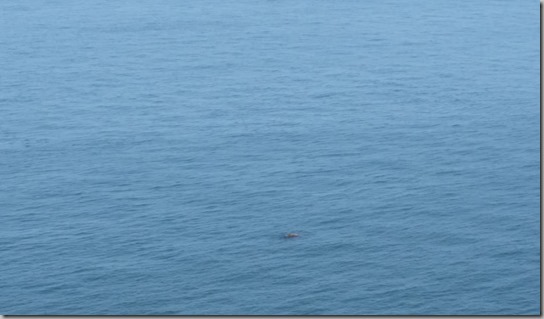 As I was walking I saw this red tree. I would later find out it is called a Madrona. 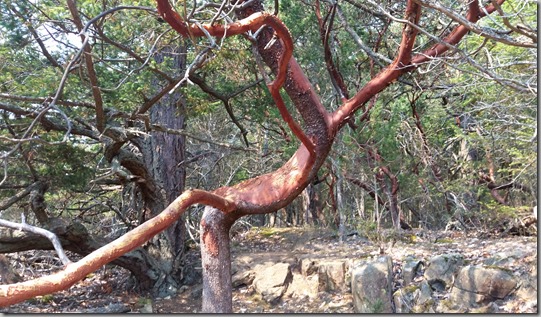 A few more shots of the channels around this Peninsula. We hope to Kayak around this area and hopefully see some whales. 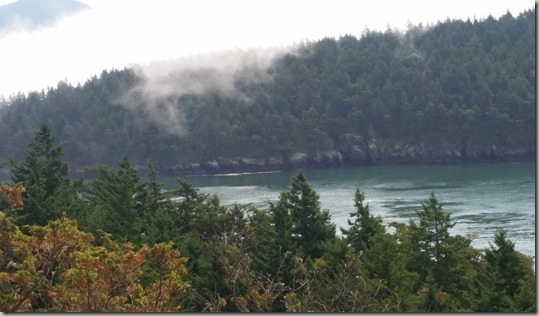 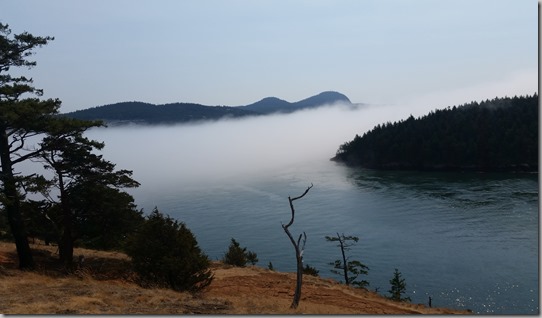 I am about a week behind in my blog. We have been busy while we were in Anacortes, so I have not had time to write. the good news is we have had some great adventures including ferries, mountains and new friends. Come back and I will tell those stories. Now, we are going kayaking in search of whales. Wish us luck…