I had my final appointment at the Merrell Foot Lab on Tuesday September 13. I got back to the rig at about 12 PM. Kim did a great job having us ready to go. I just had to hitch up and hit the dump station. I looked at the options to get headed to Denver and it looked like staying north through Steamboat Springs and over Rabbit Ears Pass was the best way to go.

We had a plan to get back to the ranch in Missouri on Monday September 19. This would require us to travel almost every day. The total distance from Vernal, Utah was over 1100 miles. We wanted to get back to assist with the two motorcycle races on the 25th of September and the 2nd of October.

We knew it would take a while, but we decided to make it to the Blue River Campground just outside of Dillon, Colorado. This would allow me to do a little fly fishing on Blue before moving on.

The first part of the drive was across the high dessert of northwest Colorado. Then we joined the Yampa river valley and on into Steamboat Springs. We got gas there and then made the long slow climb up Rabbit Ears. Kim was a bit disappointed that we were leaving Colorado before the aspen trees made their annual turn to gold. The good news is we were able to see some nice colors as we went up to higher elevation. This shot was up on Rabbit Ears pass. 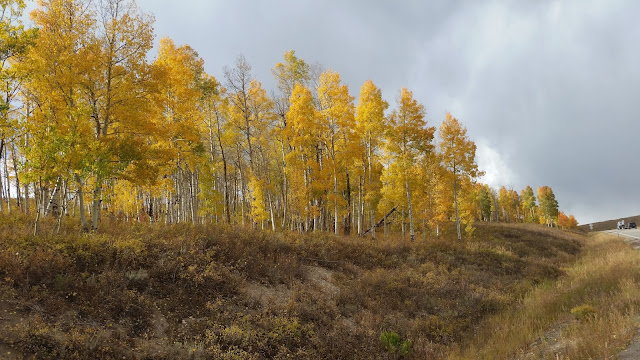 It was a long drive, but we made it into the Blue River Campground at about 5PM. We had to work a bit to fit into our site, but we scored a riverside site. It was a cool evening and it felt great.

I got up early the next morning and did a quick survey of the river and determined I needed to fish this river. 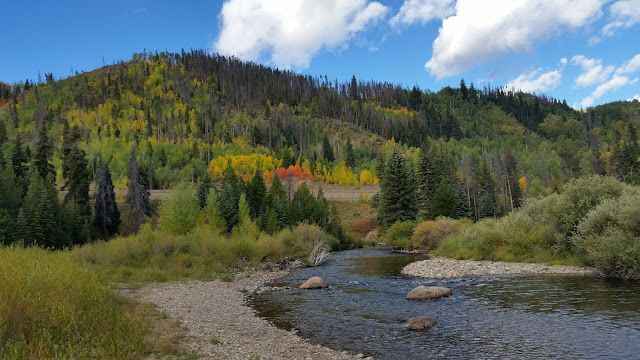 I fished for about 2 hours and did not find any fish that wanted to come home with me, but I did have a few rise up and take a look, so it was still fun. You just can't beat this scenery. 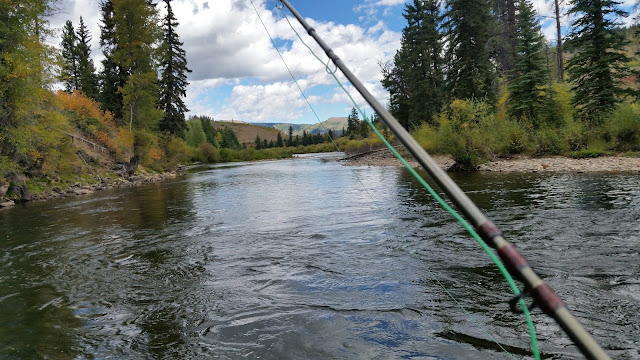 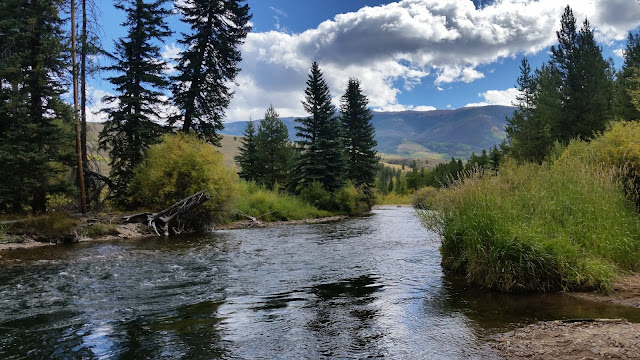 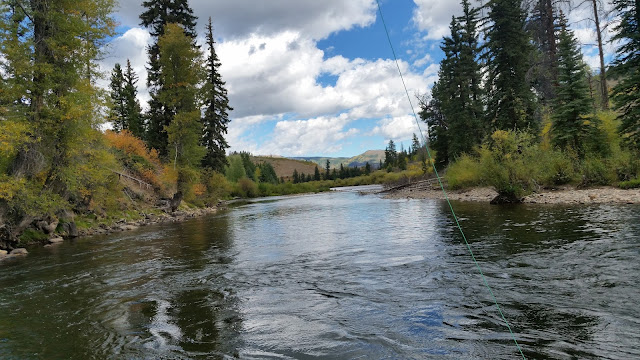 We knew we needed to keep moving, so I got the gear put away and had lunch and got hitched up and on the road. We only had a 90 mile drive to Denver. We decided to stay at the Chatfield State Park. It is a huge campground on the south side of Denver. It is a perfect place to stay after leaving the mountains before heading out on the plains.

We had a few stops to make in Denver. We started by going to the REI store in Littleton. I received the best customer service I have had in a long time from a young man named Eric in the shoe department. He was just exceptional. I made sure his manager heard from me.

So, in our first two days we had cleared he mountains. Very unlike our normal schedule, we were up early and moving again the next day. We drove a southern route through the town of Kiowa and out to Limon. It was a nice change from our usual route on I 70. We picked up the interstate there and we did something we had not done before. Kim drove the rig for the first time. 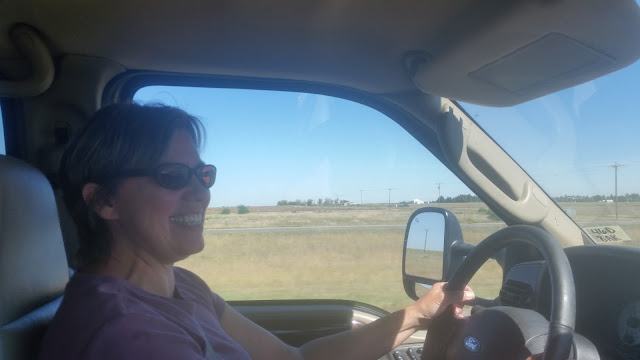 I was proud of her. She did great. It was going to be a 300 mile day, so it was nice having a break. We left the interstate again at Colby and headed east on highway 24. We ended up stopping at Webster State Park. We had a nice site all by ourselves in a grove of trees. We were even able to stay hooked up. We had reports of high winds and heavy rain coming in later that night. It turned out to be the worst storm we have seen since we have been living in the trailer. I was very concerned, but did take comfort in the fact that we were still hooked up. After about an hour it was over and we were safe. The radar looked clear for the rest of the night, so we slept well after the long travel day.

We got up the next morning and went for a hike and then drove to the dump station. On the way we saw this trailer that was turned over by the storm. We learned that no on was injured. 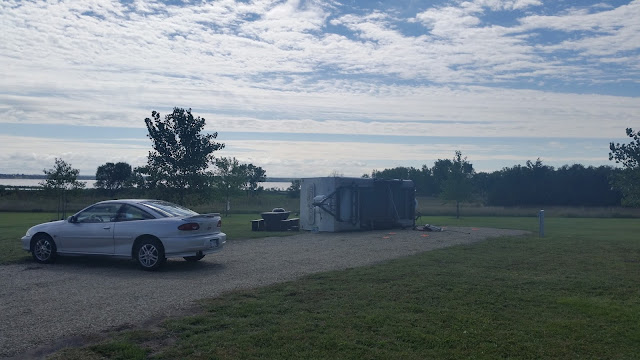 That was scary to see, but you can see how open this area is and up on a hill. He was also broadside to the wind and the wind was directly off our stern.

Adventure just seems to follow us and it would continue the next day. Come back and I will explain a strange delima that we encountered at our next stop.
Posted by ktmissouri at 7:35 PM