I am writing this on March 19. I am still playing catch-up from all of our activities of the last two weeks. We have weak cell signal where we are now and it takes for ever to get anything posted.

We left our awesome campsite at Laguna Mountain on March 7 and drove the 60 miles north to an RV park Called Casa De Fruita near Kilroy, California. It was a beautiful drive through a valley. We were losing elevation just about the entire way. CDF is a Passport America Park that accepts the discount only during the week for a maximum of 3 days. We stayed three days at a $21 rate with full hook ups. That is the first time we have had FHU since Las Cruces at Christmas. The sites are all on Asphalt and are really just a large parking lot with many large trees. CDF started as a road side fruit stand for a family orchard in the 1940's and is now a large roadside stop including a restaurant and gas station. They have a large camping and amphitheater area that looked like it had been hit by the recent flood waters. They have a number of festivals at the park including a Renaissance festival in the fall. The place was about half full until Thursday when the rigs started coming in for the weekend. There was some kind of gathering for the weekend. We checked out their fruit stand and it was very expensive.

I took a drive over to the town of Kilroy and found a Walmart with normal prices and a number of fruit stands along the road with very good prices on avocados, dates and pistachios. The one interesting thing about this park was that they had antique farm equipment lined up on display. I had a good time during my morning walk checking out what they had. 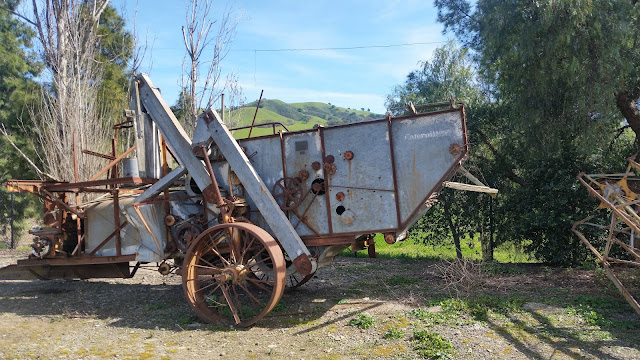 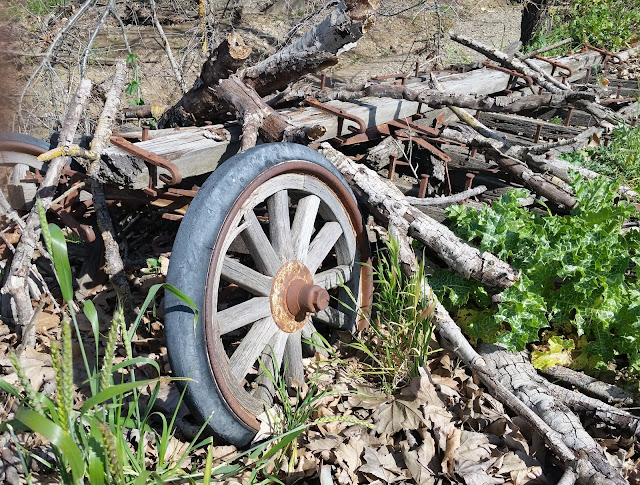 Here is an old sprayer 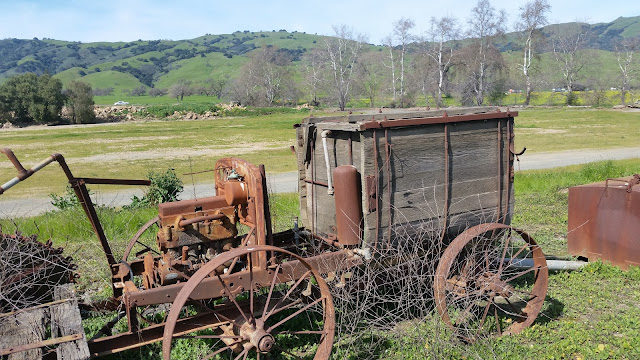 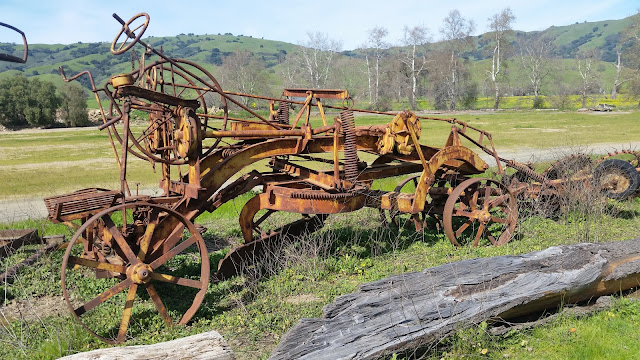 We enjoyed our time at Casa De Fruita, but it was a bit noisy with road noise and the activity in the park. We did just come from the most quiet site we have ever stayed at. I think we really just liked the long hot showers and having a microwave oven to use. It is funny how those things become luxuries. I still would not trade our life for anything else.

We left Casa De Fruita on March 10 and headed to Oakland, California. Most would ask, “Where can you camp in Oakland?”. Well, we found a gem. There is a large park in the foothills overlooking Oakland called Anthony Chabot Regional Park. I had been on their website a few months ago and they had one site left. I grabbed it and I am glad I did. This park is awesome. You have to drive up a steep winding road for about 6 miles from the Castro Valley area, but it is not too bad. Then you enter the park and 2 more miles of very curvy roads. We checked in and found our beautiful site overlooking Oakland and the bay. It is amazing to think that you are in the middle of this mass of people and city and in such a beautiful and quiet place. 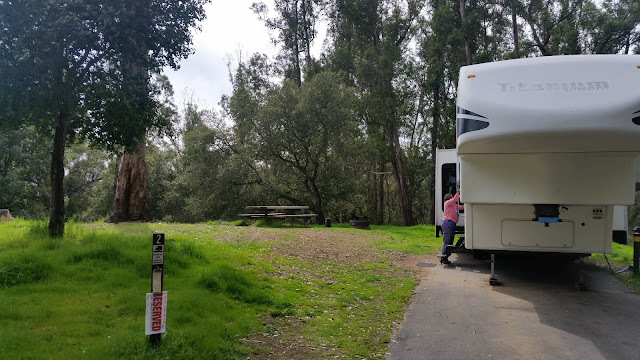 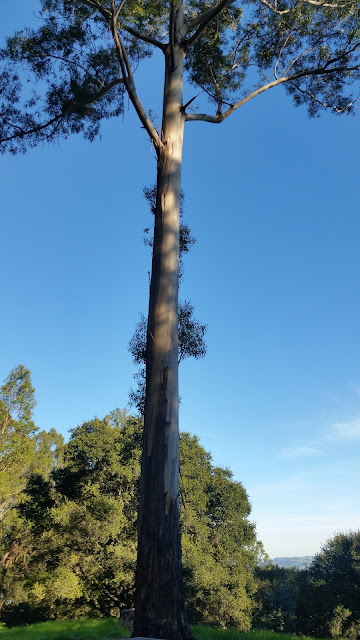 We were surrounded by giant eucalyptus trees. The only issue was they had no power. Not a big problem for us, but they brought out a huge generator to run the park during our stay. I found out later that an underground cable had been damaged during a recent storm. We did see storm damage around the park.

My first course of business was to go make a visit to my grandfather's grave. He is buried in Livermore, California. Kim and I headed over the mountain and found the grave site without an issue. I really enjoyed my visit. He was a very good man. 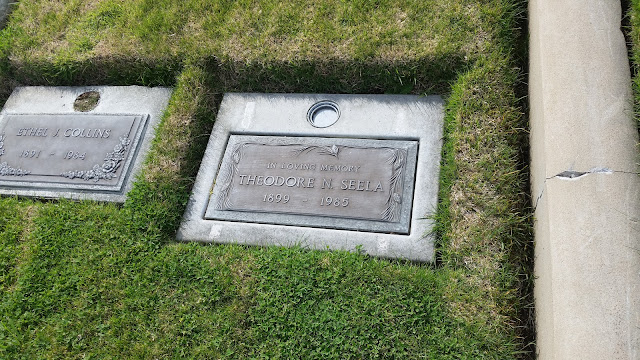 We were now ready for the arrival of our daughter and SIL and little Amelia the next day. I will begin writing about our very hectic but fun filled week in my next entry.

Posted by ktmissouri at 9:50 AM