I am writing this from Northern Louisiana. We have been moving to the west since we left Florida 2 weeks ago. We are now ready to turn north to see family in Arkansas and Missouri. We won't move north for at least a week. It is cold up there and we don't want any part of that.

In my last entry, I wrote about our friends that had joined us in South Florida. After two full days, we decided that we wanted to see a bit more of the Everglades NP before we left in two days. Kim and I decided to tour the northern points of interest. We started with the Mahogany Hammock. The park is full of these small islands of growth in the sea of grass and water. These start as a single tree or bush and then slowly trap soil and over many years turn into a little oasis of life. This one had some of the largest Mahogany trees in the US.

There was a nice boardwalk through this hammock. As you can see it was a bit cool with rain in the forecast.

On our drive we noticed this sign. We have crossed many mountain passes in our travels with elevations listed over 11,000 feet. We thought this one was pretty funny. 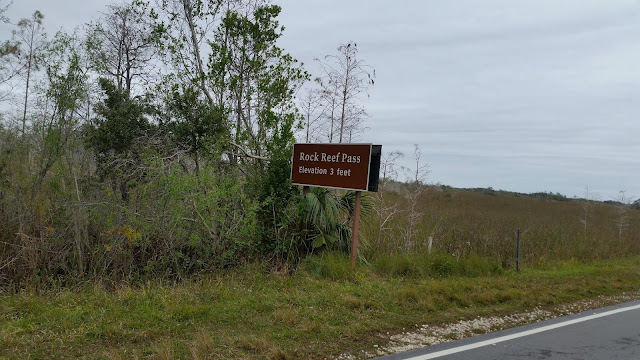 We then went on to Royal Palm. It was awesome and is a "must see" place in the park. Bob and Linda were going to meet us later, so we met up with them and then brought them back and did Royal Palm a second time in one day. Pictures to follow. We met Bob and Linda at a pretty cool place. It is called, "Robert is Here". This is a huge fruit stand and picnic area. Robert was placed out on this corner when he was six years old to sell produce. He did not sell anything his first day, so his parents put up a sign to let people know that Robert was indeed here. We even were waited on by Robert himself. He was great and gave us some hints on how to prepare what we were purchasing. Best hint: squeeze key lime juice on fresh mangoes and other produce to enhance the flavors. We had to have a fresh made milkshake. They were amazing.

We then returned to the park to check out Royal Palm. The area is a series of boardwalks and trails. There is the plenty of wildlife to see along the way. 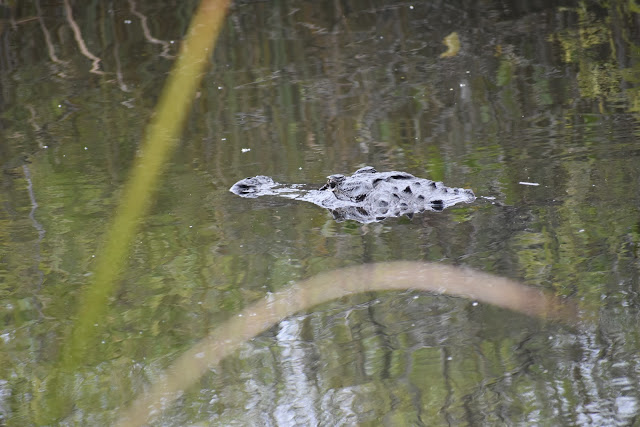 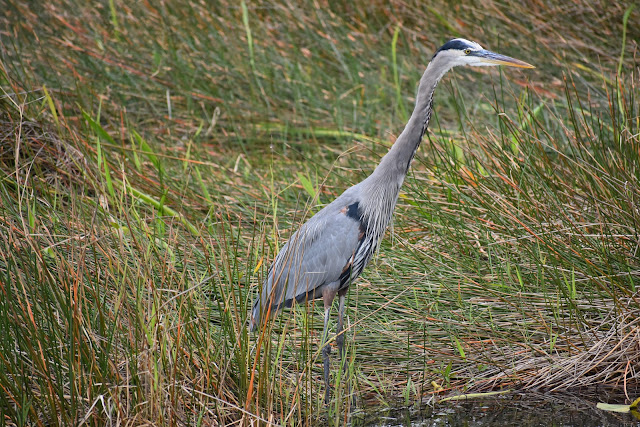 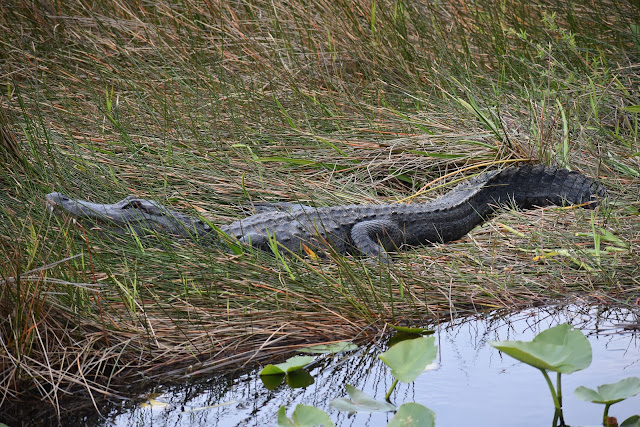 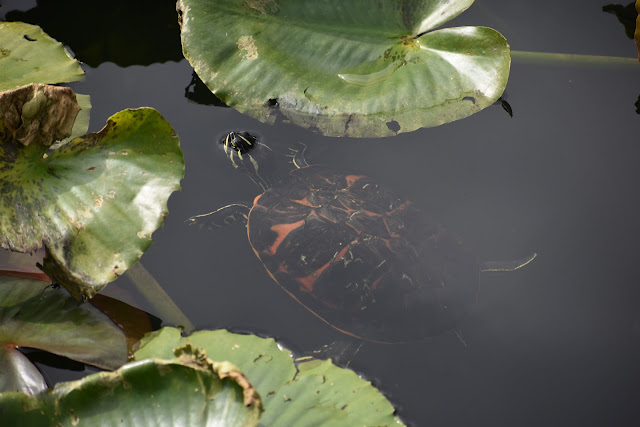 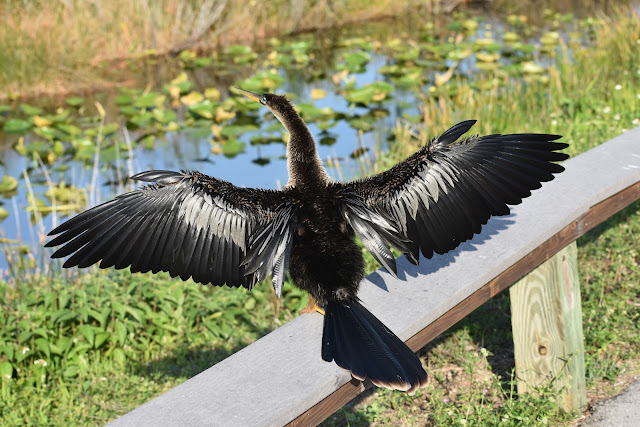 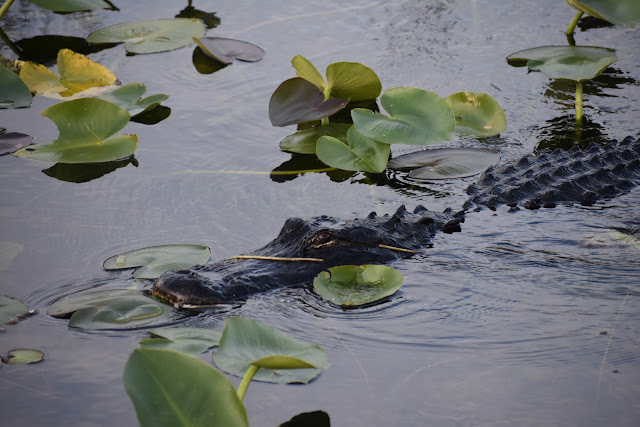 We then went back to our campsite for dinner. That was the one night that we had a few mosquitoes. The next day we drove over to Doyle's condo in Miami Beach. We wanted to take Doyle out to dinner to thank him for the awesome hospitality while we were there. It was a cool, blustery day, but we still had to take a walk on the beach.

We went out to a local Italian restaurant for dinner that was very good. Thanks for picking up the tab, Bob! We then went back to the condo. I wish I had taken some pictures of the view from the deck during the day, but here is the awesome view at night. There are docks on the water side of the condo. Doyle has offered to let me rent a slip if I ever need it. That just may work! 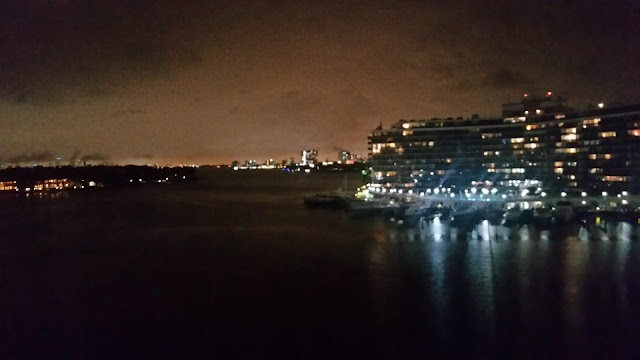 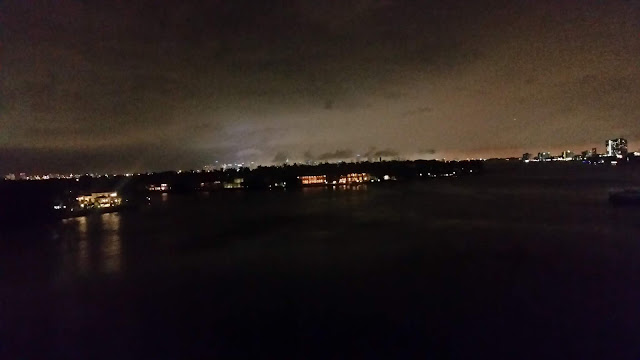 The next day, it was time for us to move back north of Everglades NP. We had reservations back at South Bay RV park. We had fun time with our friends in South Florida and really enjoyed South Florida overall. It is my hope that we will be back soon and maybe see it all by water.

In my next entry, I will write about our time in South Bay. We had some surprise visitors and did some amazing nature site seeing.
Posted by ktmissouri at 1:13 PM