We started out our Sunday by going to church in Hotchkiss. After that we went to the laundry mat in Crawford. The best thing about the laundry mat is they had a TV with Direct TV. I was able to watch part of a football game. That is the first football game I have watched this year. For those that know me, that is amazing. The truth is I really have not missed it…OK, maybe a little.

When we got back to the trailer, I decided to go for a ride on my motorcycle. I went back to the Curcanti National Recreation Area to take a few pictures with good lighting. 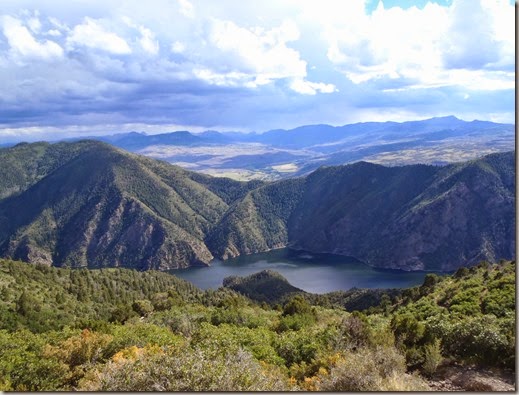 The views were once again gorgeous and the road was even more fun on my motorcycle. 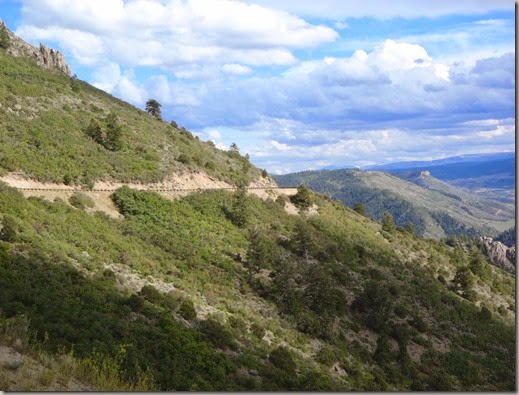 I took a rode up into the national forest. More fun riding and nice views. 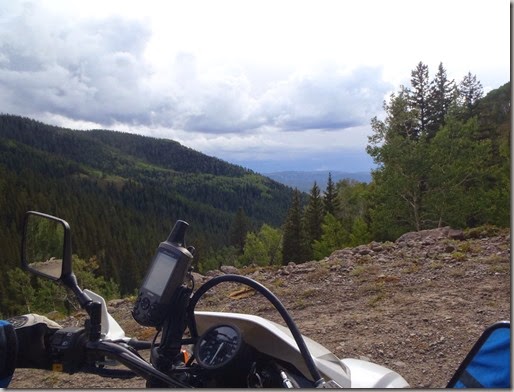 When I got back, Kim was ready to make a ride I had planned out to Needle rocks. I had made it into a nice loop that brought us back to the SP. If you have ever ridden with me, you know how much I hate to backtrack. That would become important. But first, Here is Needle rocks. 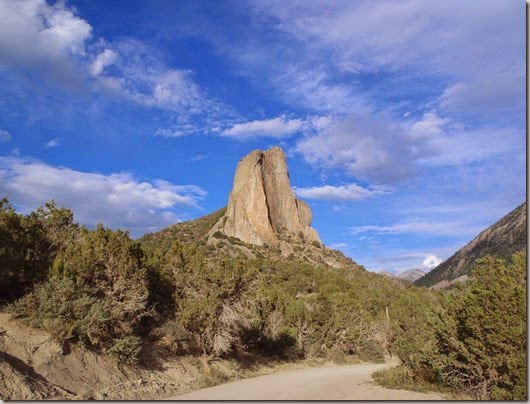 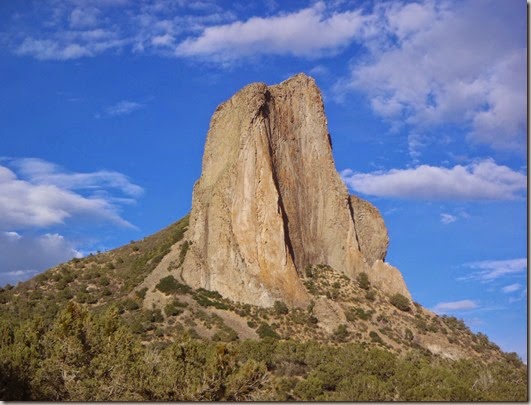 We rode from there on forest roads that showed on my GPS and map. The road was getting smaller and rougher. There were a number of hunters around. It was opening weekend for Bear and Bow Elk hunting. We rode for about 20 miles. We came to an intersection of about 4 trails/roads. I followed the less used path which is what my GPS was telling me. It dead ended into a gate and a no trespassing sign. I tried the other routes and was getting frustrated.  I knew we were running out of daylight and I did not want to be lost up there in the woods. The bad news was that my GPS showed we were about 4 miles to camp. I was left with no option except to backtrack the 30+ miles of rough roads. We had to hurry or it was going to be dark. Kim hung on and we made it back just in time to get some harvest moon shots. 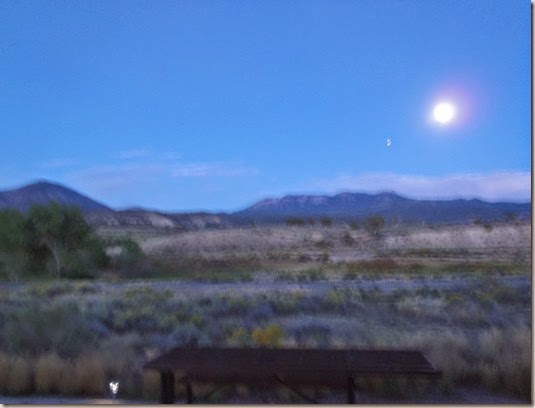 Nothing like a little adventure to get your heart racing. It turned out to be a good day.