On September 19th, we said our good byes to some new friends and then just hung out in the campground as new people took the place of the people that were leaving. It was now the weekend, so we had families again with children, but most of them were from the surrounding area of Montana. I find it interesting how the type of people change by time of year and day of week. We miss watching children playing and having fun in the great outdoors like we do all summer. It restores you faith in todays youth. Kids still love to put down the technology and get outside and find something new to experience, just like the generations did before them.

This was a normal Saturday night until Kim came in the trailer and said, “ Get your camera, you have to see this!”. I went outside and just stood there looking up. I have seen many sunsets in our travels, but this was one of the best ever. We could only think of one other that was close. That one was in Eufaula, Alabama back a few weeks before I retired.

This one was special because the entire sky was fully involved. The clouds all around the sky were reflecting the light of the setting sun. 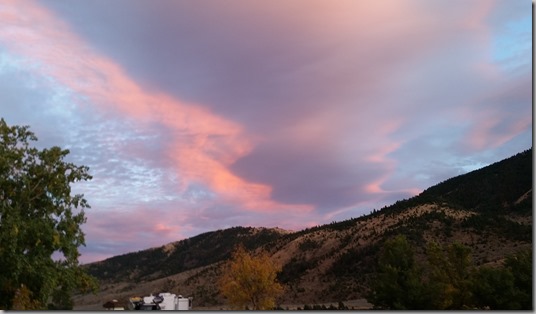 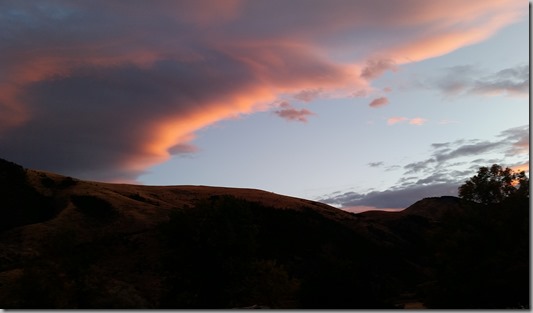 This was the point where the sun sent down. 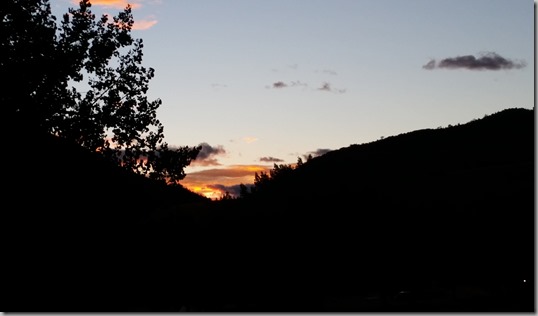 These were the clouds all around us reflecting the light. 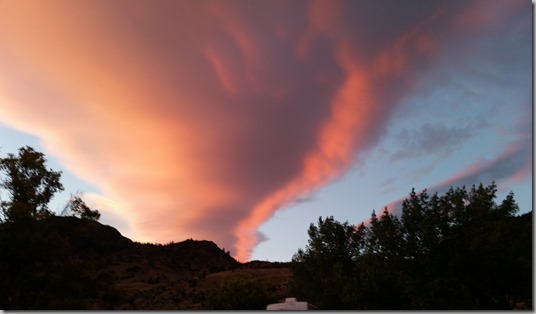 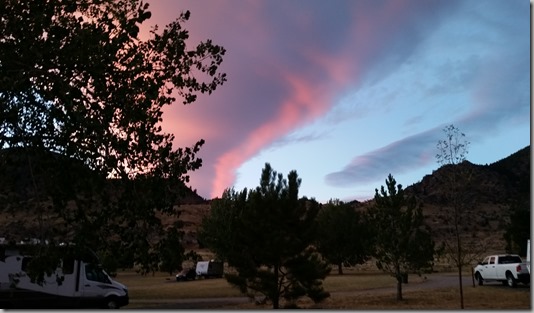 And then as quickly as it came, it was gone. It was cool to look around the campground and see most of the people there outside of their rigs, looking up and taking pictures. It was truly magnificent.

The next day was Sunday and we decided to head into Three Forks, Montana to go to church. We arrived at the time on the web site only to find that we were an hour early. We took the short drive out to the Headwaters of the Missouri State Park. This is a great place to sit and ponder how the Corp of Discovery felt when they got to this point and was not sure which way to go. This is the place the Gallatin, Jefferson and Madison Rivers join to form the Mighty Missouri River. 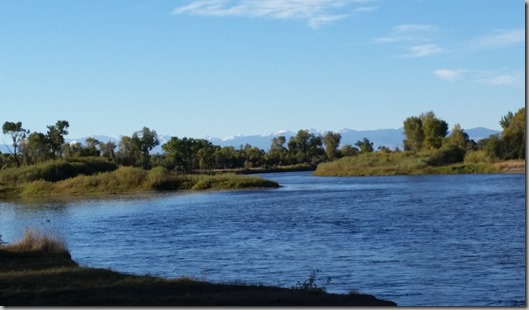 Notice the Gallatin mountain range in the background. 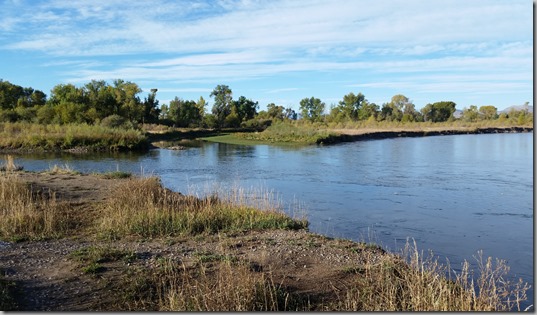 We don’t take selfies often, but we did on this beautiful morning as we were sending a video message to a special person that we keep in our daily prayers. 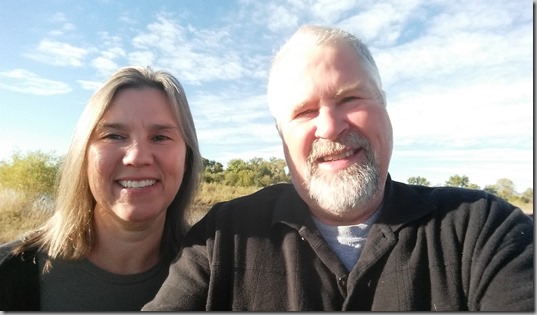 After church and the grocery store, we were driving back to the campground and took a shot of this bridge out in a field. This is clearly the bridge to nowhere. 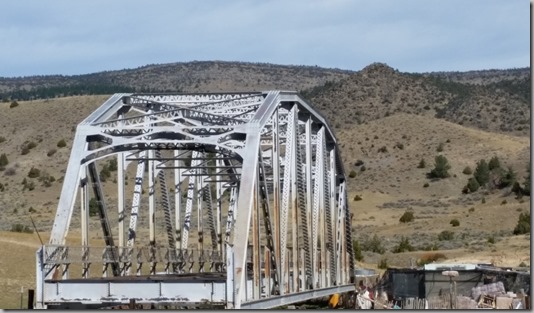 We drove past the campground and up the canyon to get another look at the rock formations a few miles up from our campground. We had seen them on the way in, but had not been back that way. We are also not leaving that way. 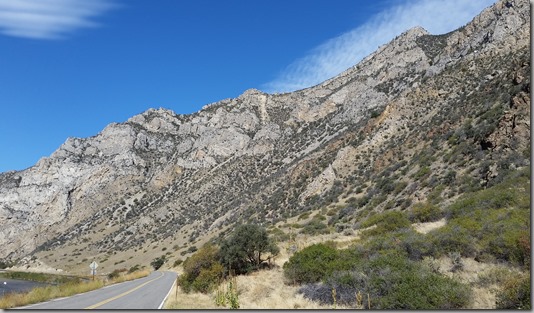 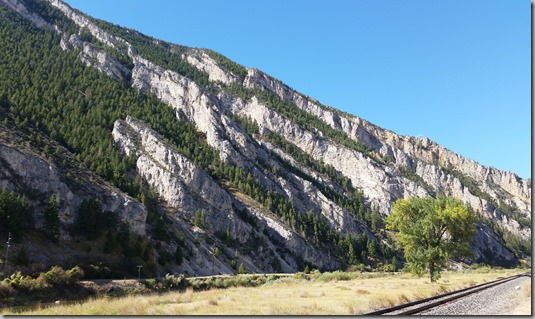 This hole in the rock is man made. They were quarrying something along this ridge. 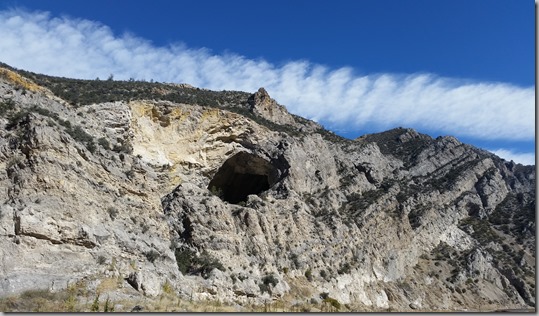 We had a great time staying at Lewis and Clark Caverns SP. It is a beautiful place and there is a great deal more to do than we did. If we had stayed longer, we would have gone for a float on the Jefferson river.

We spent the rest of Sunday getting ready for our next move. I was looking at the map and noticed something that became a quest. It is not often in your life that you have the opportunity to capture a missed opportunity. This was one of those times for us. I will show you what I am talking about in my next entry. Get ready for some images of some of the most majestic scenery we have seen on this trip. It was truly jaw dropping.

My Brother Bob’s, now famous quote: “ You know that you are living life correctly when you take the time to appreciate sunsets.”

Posted by ktmissouri at 3:16 PM