We stayed at Kachess Lake Campground over the Labor Day weekend. The weather while we were there was cool and wet. The campground hosts were expecting a full campground for the holiday weekend, but after strong rain most of Saturday night, many of the tent campers went home. By Monday, there were about 20 occupied sites in this 130+ site campground.

We enjoyed the cool weather and spent some time reading and relaxing. We had high temperatures in the 50’s and lows about 40. I was able to get out at least once each day for a bike ride or a walk. It is a beautiful campground. The area is a pine forest with some maple mixed in. Here is a shot of our site; 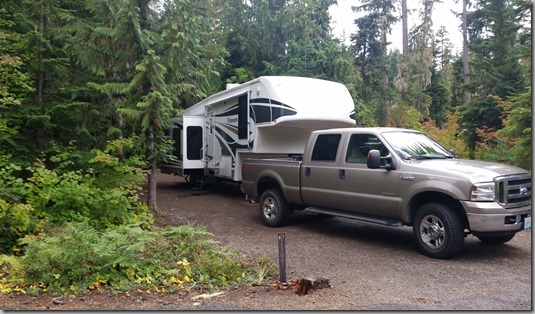 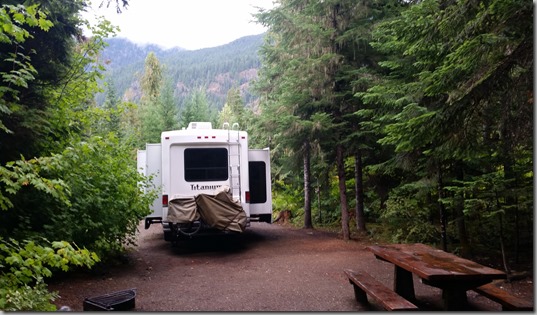 Most of the sites in this campground are set up for tent camping. We stayed in site 87. Although it is a ways away from the lake, it is a very large site. It is also non-reservable. We had weak Verizon Data signal, but we could make calls just fine. We had no OTA TV and no hook-ups. There is not a dump station, but there is a free dump at the rest area at exit 89 on I-90. The cost is $21 per night.

I took a long walk on Saturday in between rain showers. The lake is beautiful, but is currently at 41% full. The interesting thing is that the low water has exposed some old growth stumps that are in the bottom of the lake. There was a natural lake here until early in the 20th century, but then a dam was built and it increased in size. The lake is now back to about the original size. They cut down these majestic trees back when they enlarged the capacity of the lake. These stumps are huge. 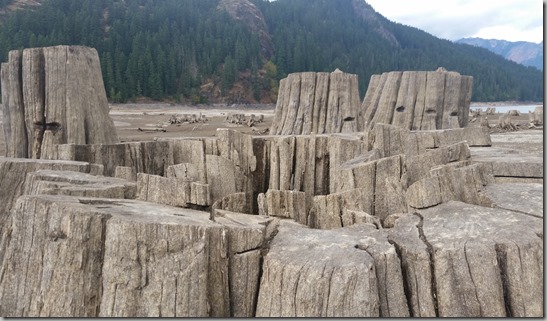 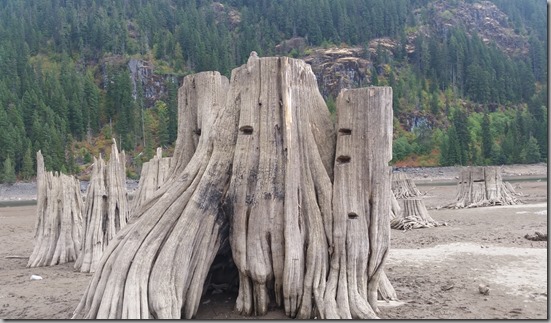 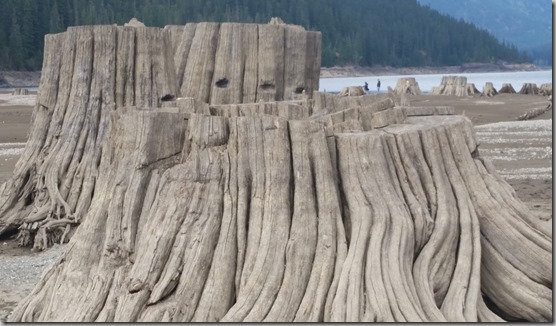 Some of these trees were in excess of 15 feet in diameter. People have been coming to Kachess Lake for many years and have never seen these amazing stumps.

I took a number of pictures of the lake and the surrounding mountains. It is a beautiful area. 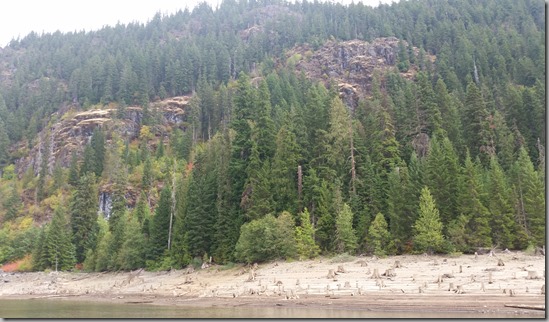 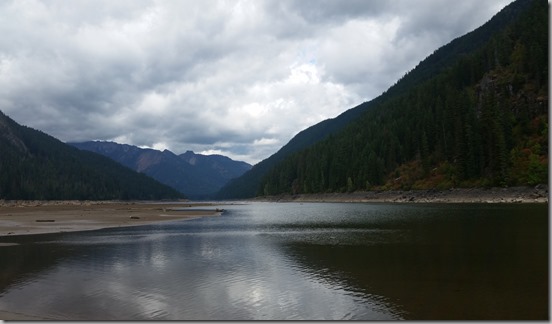 The clouds kept moving in and out. Here is the same shot as above with the mountains in the distance covered in clouds. 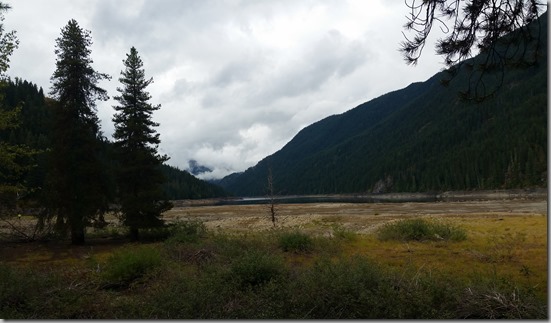 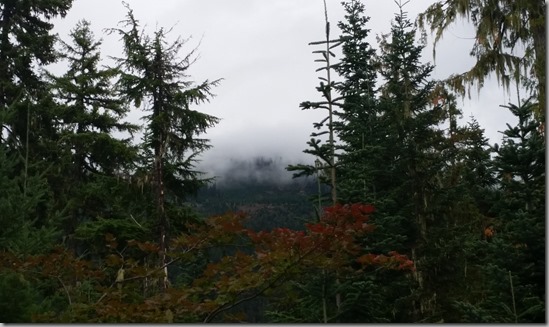 Fall comes early to the Cascades. We were already seeing the maple changing color. 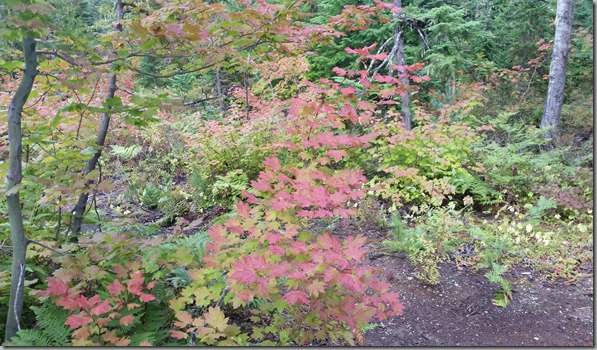 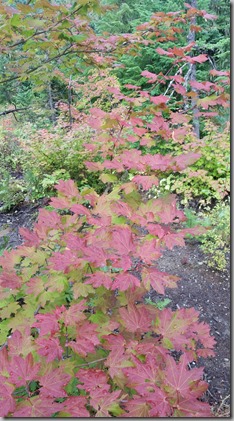 On Monday, we were ready to leave. We knew that there would be a dramatic change as we headed East. When we stopped and dumped, I got this shot of the high mountains that had received some snow the previous few days. 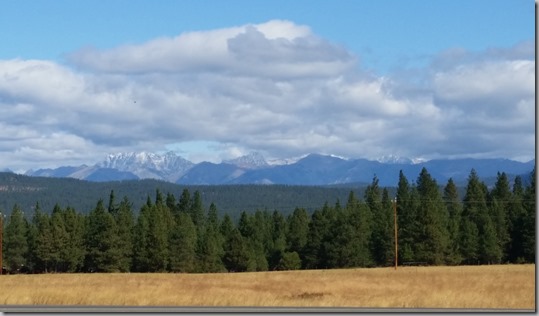 When we got to Ellensburg, everything changed. It was not long, we were in wheat fields as far as you could see in all directions. We are now at Lyons Ferry. That is at the confluence of the Palouse River and the Snake River. It is beautiful here also, but in a totally different way. Here is one shot of the view out the front of our site. I will tell you all about this place in my next entry. Posted by ktmissouri at 8:57 PM