On September 9, we left Lyons Ferry and headed east. We left the state of Washington and went into Idaho. We entered Washington on June 10. We have had an awesome time in Washington and Oregon. I learned so much and got to see a bunch of family. We also saw some amazing parts of this great country. I really can’t wait to go back.
As we drove through the area of Washington called the Palouse, we were surrounded by large basalt cliffs and interesting formations. Then there was the wheat fields. It is an amazing area. 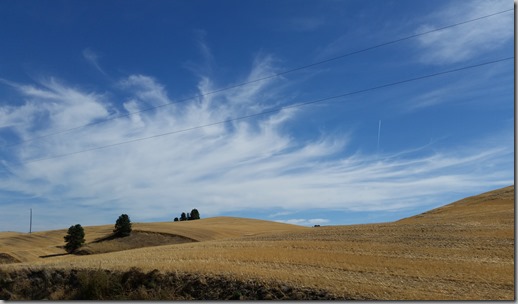 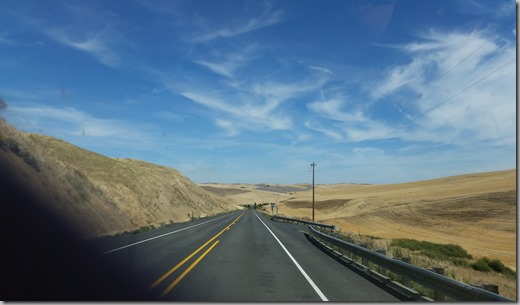 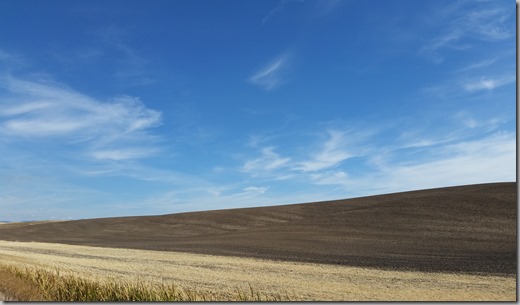 When we crossed into Idaho the terrain changed. We now were in pine forests and more hills. We skirted around the southern end of Lake Coeur d’Alene and then headed up the St. Joe River. It is a beautiful valley. We made it to the town of St. Maries and then hit the St. Joe River road. We then drove the first 29 miles of this road to Huckleberry Flats campground. Just before we got to the campground, we passed this encampment. It looked like a rock concert, but it was a large group of firefighters that were working a fire a few miles from our campsite. 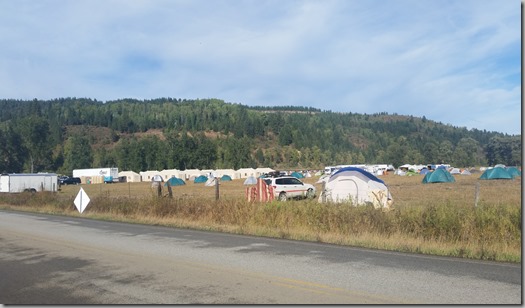 The good news is that we never saw or smelled smoke while we were there. Huckleberry Flats is a COE campground. It has nice paved sites right along the river. They have water and electric and a dump station. The cost is awesome at $18 per night. Here is a shot of our site. The river is about 30 yards behind the rig. 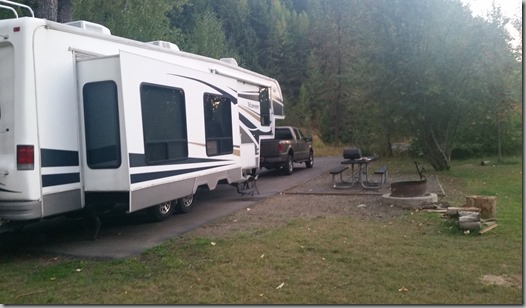 The only problem we had with this campsite was no cell signal at all. Really no problem with us, we would just have 5 wonderful days on this river. The first night, we had a beautiful sunset. That made it even better. 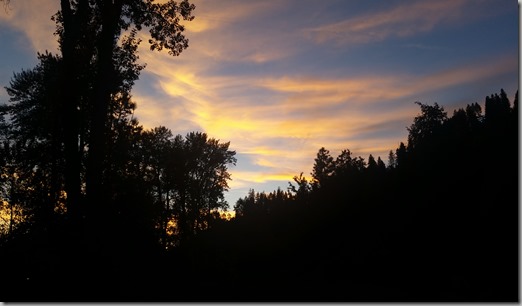 On Thursday morning, I went down to the river to see if any fish lived there. What I saw amazed me. There were trout feeding on the top of the water almost constantly. Everybody in this world has things that REALLY excite them. This is the thing that makes me crazy. I had to fish this river. 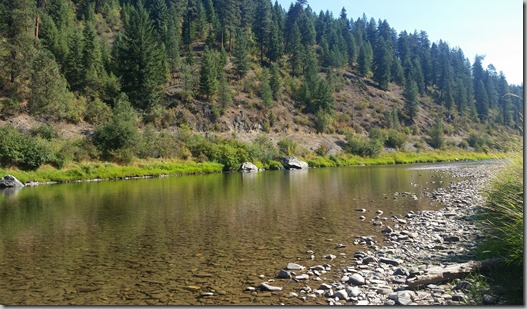 What a beautiful river! You know how much I love reflections. 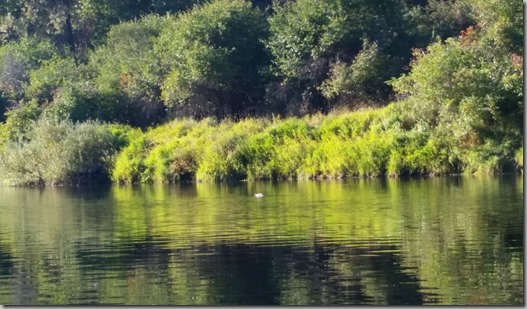 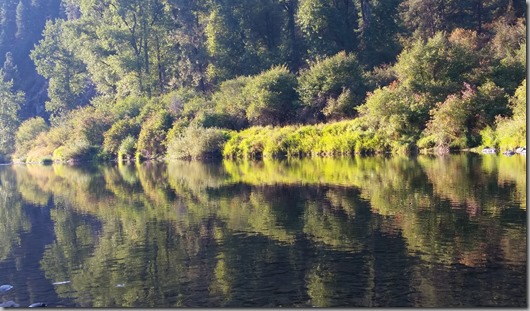 There we short rapids just above and below this stretch of slow moving river. I think I was in heaven. I made the decision to drive the 29 miles back to St. Maries to get my fishing license. I bought a 3 day license starting on Friday.
Huckleberry Flats campground became one of my favorite campgrounds on this trip. We have stayed at 58 campgrounds since December, so that should say how much I liked this place. I will get into some of the activities we enjoyed while we were there in coming entries. Be ready for some wildlife pictures and stories. We saw bear, deer, coyote, wild turkey, bald eagle and lots of other birds and fish while we were at this awesome campground.
When was the last time you just sat and watched the trout hitting the top of the water and saw other wildlife doing their thing?
Posted by ktmissouri at 11:51 AM