The first few days at Lewis and Clark Caverns SP in south central Montana was cool and rainy. We had a few hours of sunshine each day and we got out and did some walking and met a few of the people that were camped around us. The first couple that we met were Rod and Deb, who were local folks on their maiden voyage with their new to them camper. They were really nice folks. They asked us lots of questions and were very patient when I gave my long winded answers. We really enjoyed their company. 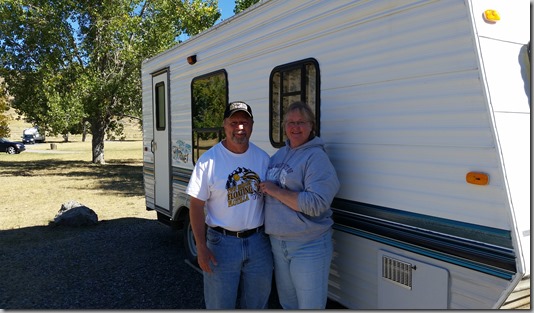 Rod and Deb gave us lots of great local information and we helped answer a bunch of questions about how to deal with some of the systems in their RV. It is hard to remember back when we were newbies, but I am sure that many people have helped us along the way.

We also met a group from Canada. There were two couples that were traveling together. Our trailer was built in Canada and they knew it. They asked for a look around inside and we gladly obliged. Giving tours to other RVers is just one of those things you do. We talked for an hour or so and really enjoyed the conversation. It seems to me that the US should allow Canadians that just want to enjoy the US to stay as long as they want. They are only adding to our economy and not asking for social services or other costly things.

This was a very transient campground. We stayed 5 nights and had new neighbors almost every night. It is not far to Yellowstone and I-90, so many use it as a stop over.

On Friday, September 18, we decided to take the cavern tour. This cavern was discovered in 1890 by local ranchers. It was run as a private concession until the guy who was running the tours died in 1932. In 1933 the CCC came in and improved the site by building a 3.5 mile road up to a new visitor center and then built better access to the cave and a way to exit without having to climb back to the entrance.

The road up has some awesome views. 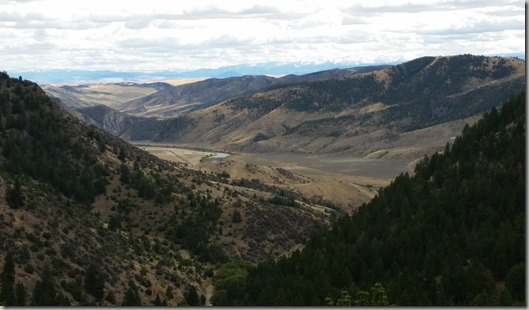 I think that is the Gallatin range with the snow on the peaks. 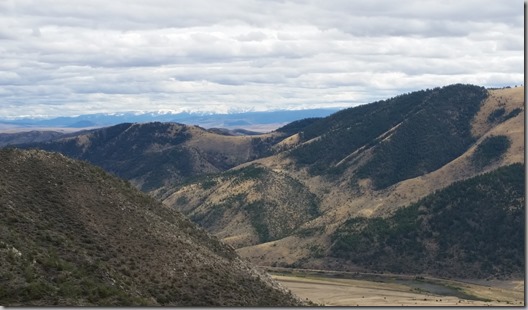 We paid our $12 per person entrance fee. You also have to have an SP access pass that we had purchased to camp. I think the $12 fee is a good value.

First you walk 3/4 of a mile up hill to the entrance. It was a pretty good workout and would prevent many from making this tour. The views on this walk are very nice also. 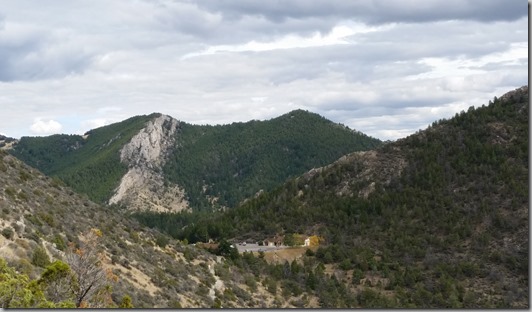 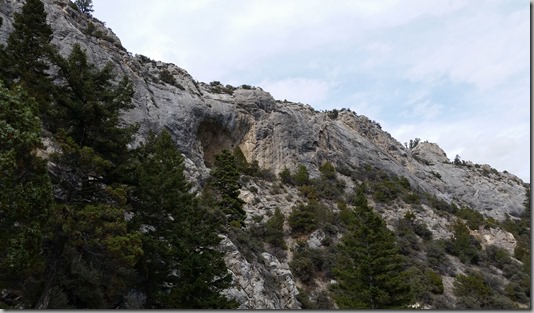 There is our campground way down there. 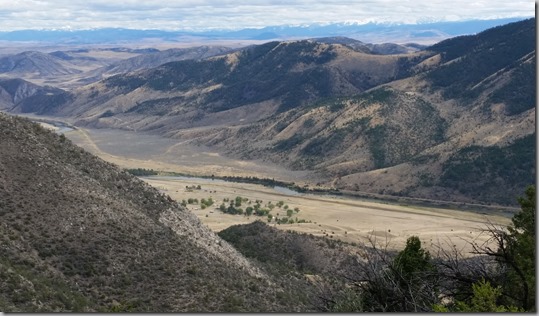 You can see the upper trail to the cave and the lower trail back to the visitor center in this shot. The walk back is just about flat. 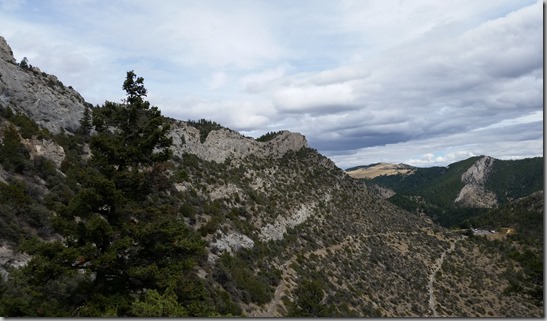 The trip through the cave is very steep. The CCC built stairs  and added some concrete to make the place more visitor friendly. We have been in a number of caves over the years and two others on this trip including the awesome Carlsbad Caverns in New Mexico. That seems like such a long time ago. I immediately noticed some significant damage to the cave formations. I understand that the guy who was giving tours back in the early 20th century, encouraged people to break off stalactites and take them as souvenirs. It is sad. To most casual tourists, it would not be noticed, but to me it really detracted from the cave. The good news is that many of the larger formations are untouched and very impressive. Here are a few shots to give you a flavor of the cave. 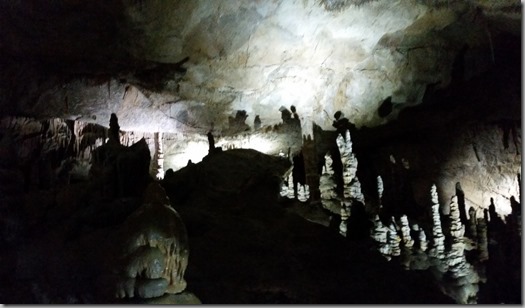 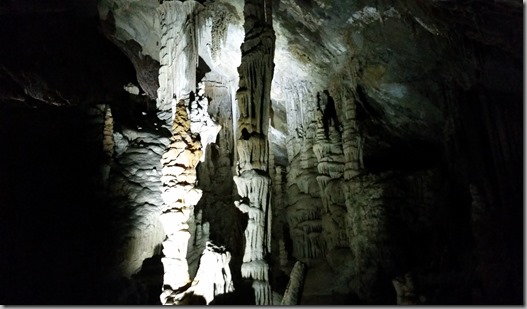 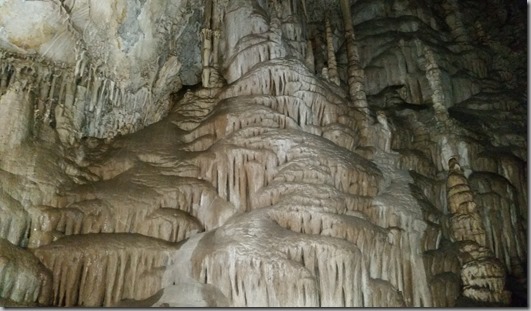 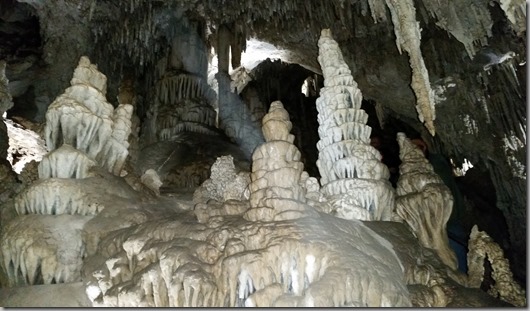 The tour was strenuous at times and was about 2 hours long. We really enjoyed it. We walked back with a couple and their son from Texas and had a nice conversation. We really love meeting people.

Here is a shot of the visitor center built by the CCC. You can see some signature rock work. 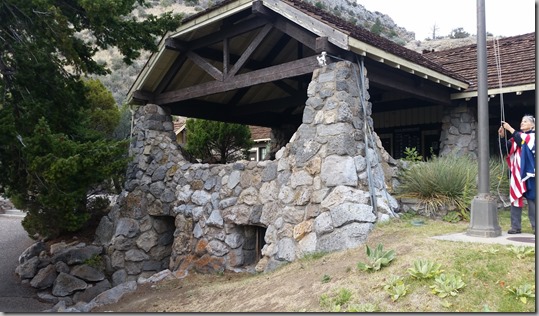 Take the time today to meet someone new.

We stayed at Lewis and Clark Caverns for 5 nights. On Saturday night something happened that is hard to explain. I will show you pictures in my next entry. You have to come back to see this amazing display of natures beauty.

Posted by ktmissouri at 3:59 PM