On August 27, we needed to move back over closer to the ferry landings to put Mark on a ferry later in the day. He was headed over to Seattle to attend the PAX convention and visit a friend that lives in Seattle. We looked at places to stay and the best option was returning to a campground that we had camped at previously. That is something we rarely do. The campground has two parts that are about a quarter mile apart. The upper campground is up on a bluff and the lower is on a spit of land with the Hood canal on one side and a tidal flat on the other.

When we arrived, the site we liked was taken in the upper, so we went to the lower and camped on the exposed spit. I really liked it there. There are all kinds of birds that live in the tidal flats. The tide goes in and out every 8 hours and the change is dramatic. Here is our campsite, we had it all to ourselves most of the time we were there. 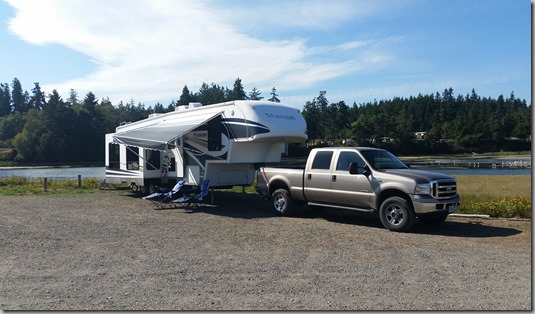 This is our view out the side windows: 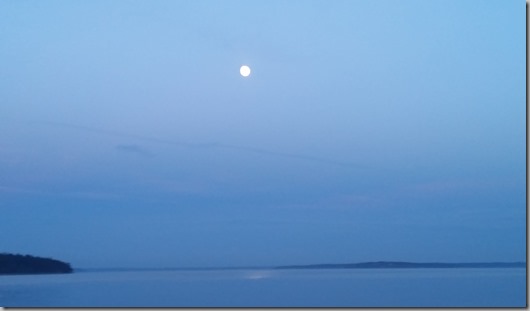 This was taken on a clear night just before the full moon. Now looking back at the rig. 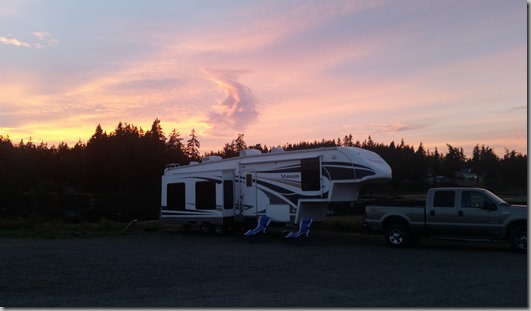 This was the calm before the storm.

Friday, August 28, was a crazy day. I needed to get a couple of things done prior to moving on and neither was easy. The hardest and something that is still unresolved almost a week later is getting my prescriptions refilled. I also had to get the oil changed in the truck. The last time I had that done was in Salt Lake City. I wonder where I will be the next time I get it done. The fun part of traveling…Not knowing the future and embracing that.

On Saturday, August 29, we got up early and headed to the ferry landing on Bainbridge Island. You have to cross two bridges to get there including a long draw bridge over the Hood canal. That would become significant later in the day.

There was a slowdown at the draw bridge, but only a short one and we made the ferry departure we were shooting for. We met up with Mark and spent a short time walking around Seattle. We were sitting in Pioneer Square getting ready to say good bye when Mark noticed that he was looking at the wrong itinerary. He had already missed his flight. I have to give him credit, he did not panic and just went to the airport and used his charm and good looks to rebook his flight and made it back to St. Louis about the time he was originally scheduled for. In all of my millions of miles of airline travel, I did the same thing only once. That once, made me never make that mistake again even if I got up in the middle of the night to go to my office or briefcase to check that itinerary one more time.

After Mark left, Kim and I took a very long walk around Seattle. Here are a few of the sites: 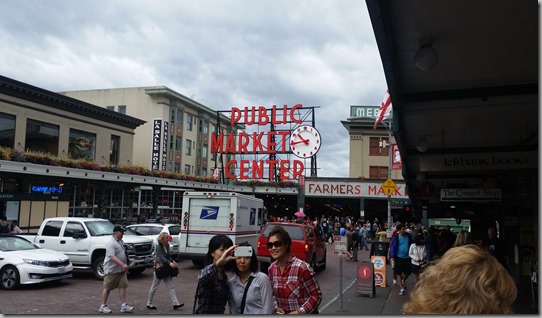 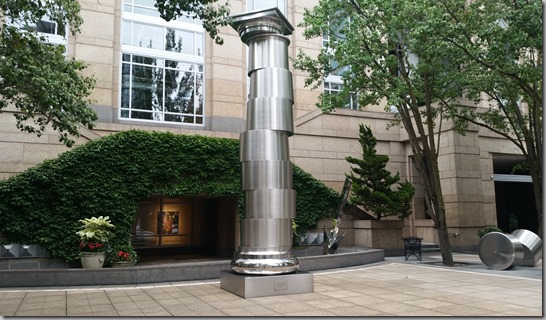 I really like Seattle. They have some cool architecture, both old and new. 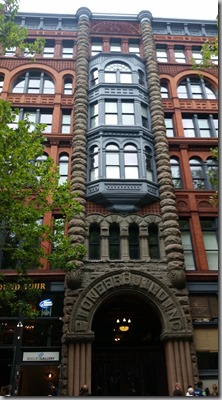 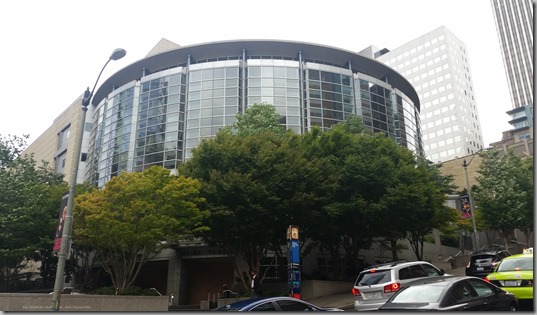 Kim wanted to go up in the Space Needle. Unfortunately, we would have to wait 5 hours for the next opening, so she will wait a bit longer. 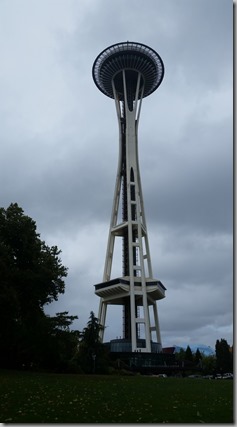 As you can see in the pictures, the sky was dark and it rained a little off and on. The wind was very strong at times, but we still kept walking and it was not a big problem for us.

We then took the ferry back across the rough Puget Sound to Bainbridge. When we got there, the island had no power. All of the traffic signals were out. There was significant debris all over the roads. I began to worry about our rig sitting out on that spit of land all by itself. We kept moving albeit slowly. Then we hit a major slow down and then stop. We saw trees down and power lines cut. We waited almost 2 hours to get to the drawbridge. The bridge had been shut down during the worst of the storm. By the time we got to the bridge it was ok to cross, but the water looked crazy on the windward side of the bridge.

We made it back to our camp and the rig looked lonely out there, but it was fine. The good news is we were on the leeward side of the land we are on and there were no trees to fall on us. The water was crashing into the rocks, and the tide was in, but we were good. 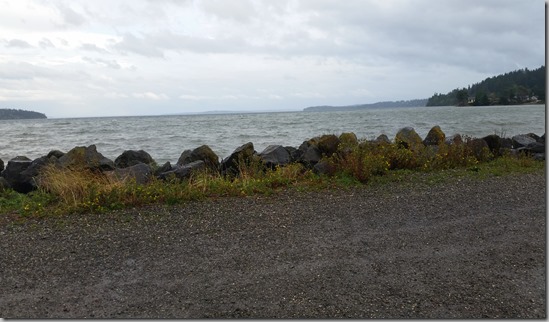 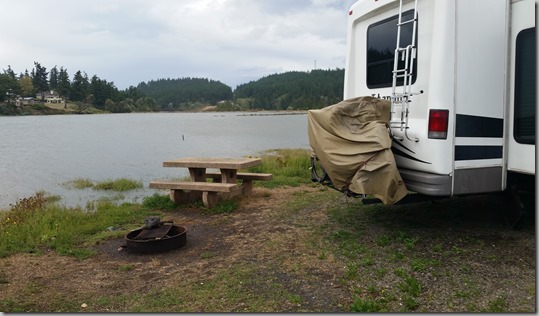 Then we got a beautiful rainbow. The winds kept up for the next day, but we just enjoyed the birds and watched the tide come in and go out. We were very content in our little home. 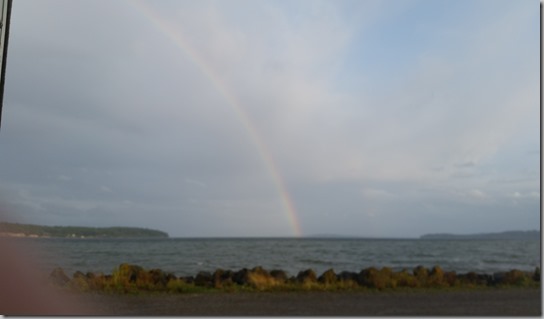 Posted by ktmissouri at 7:25 PM